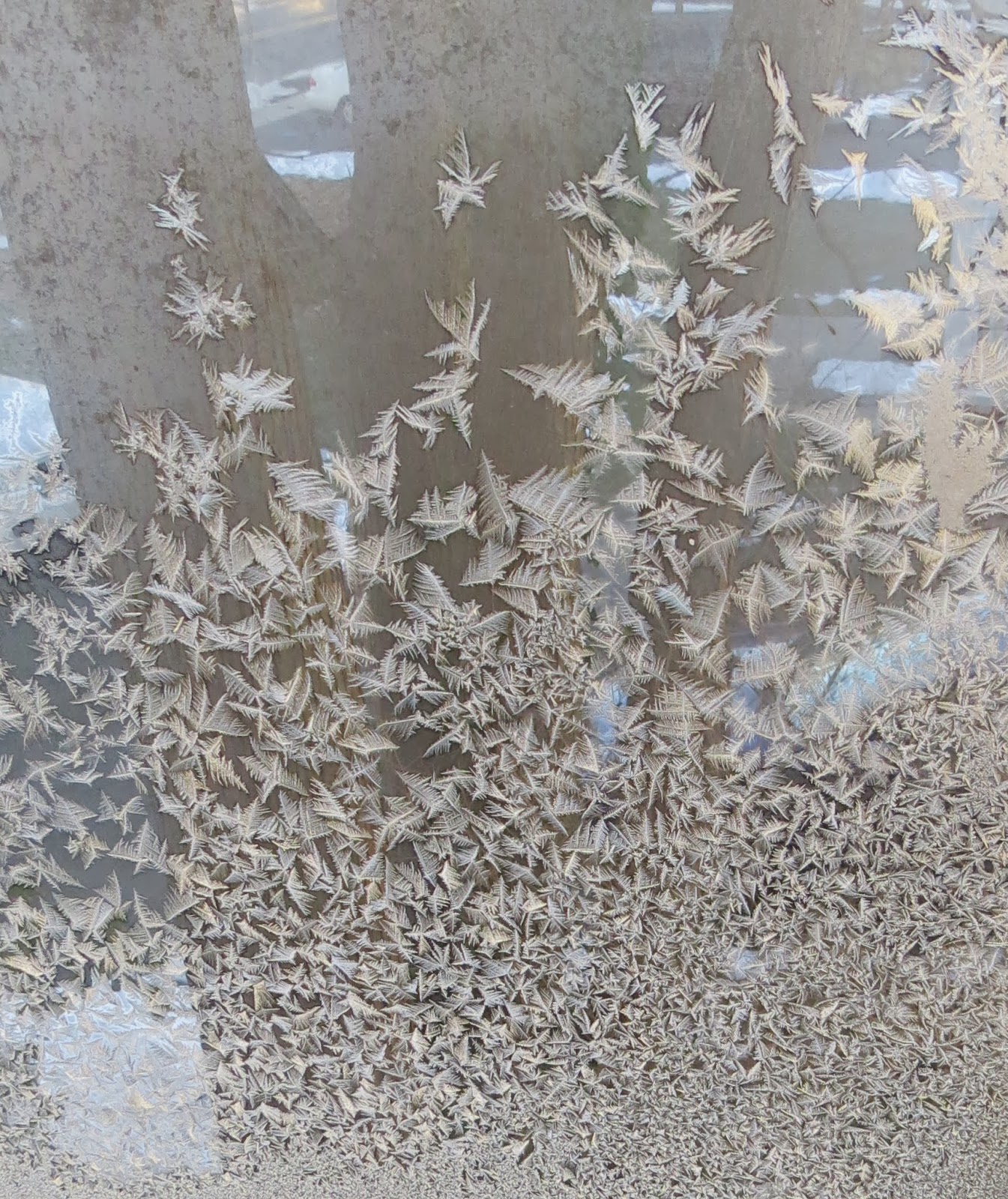 With the cold snap, the miracle molecule H2O had a chance to show some of its artistry, sometimes adopting the style of Escher, 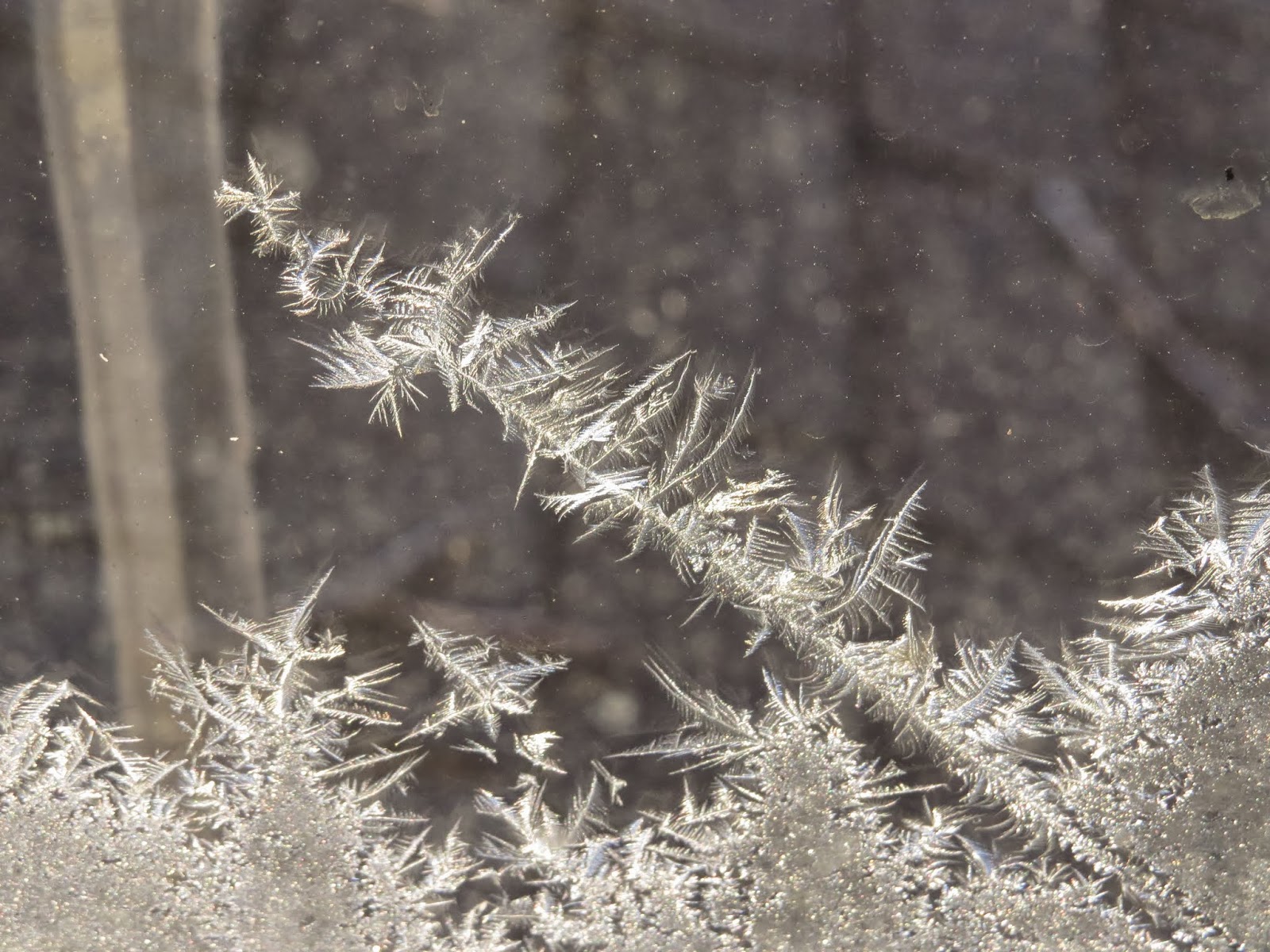 sometimes sending out coniferous-like shoots. My pet theory in the 1980s was that window frost's frequent resemblance to foliage, particularly more ancient plants such as ferns, implies a deep kinship between the physical and biological worlds. A google search rocks with images of window frost, though in the non-digital world H20 is a struggling artist, finding ever fewer single pane windows and fewer frigid nights to work with. 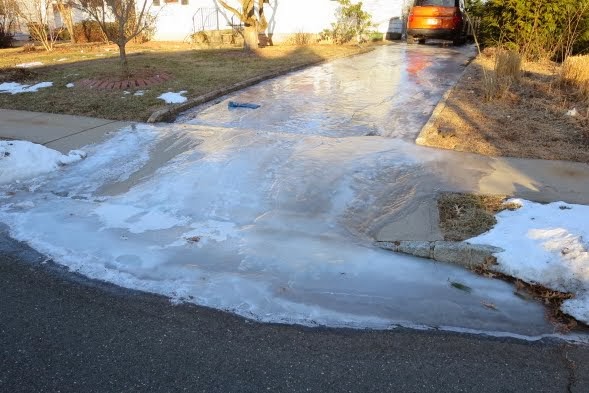 The many tributaries of Harry's Brook, including a homeowner's sump pump that usually drains harmlessly onto the driveway, became frozen still lifes. 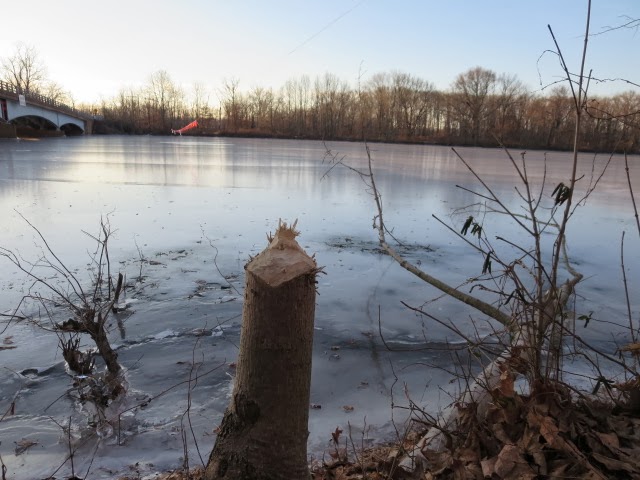 A felled tree offered bark, well-preserved in the chill waters under the thickening ice, to the local beavers. One of nature's finest frozen creations, a broad expanse of smooth ice, was coming tantalizingly close to skate-able thickness. 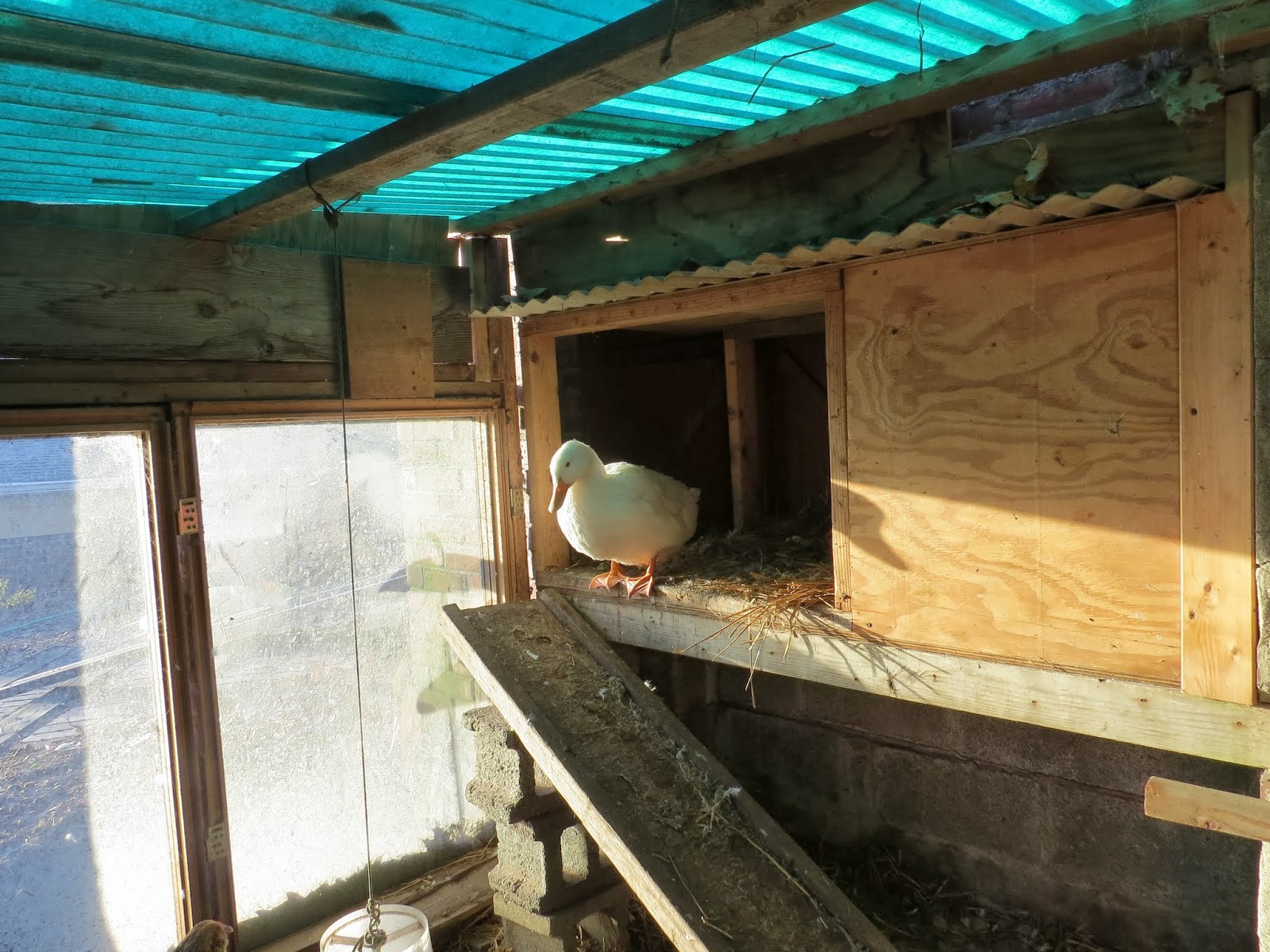 Meanwhile, in the backyard coop, the resident Pekin duck was hatching a theory that it was really friggin' cold outside.  In twilight that morning, the thermometer seemed to say 29 degrees. With more light, it said 2.9. The duck said quack. If it were a French duck looking on the brighter side, it might be thinking that tres froid is better than foie gras.

Climate scientists up the road at Rutgers had also been hatching a theory, well supported by the data--something to do with warming in the arctic causing the jet stream to slow and develop deeper meanders, which in turn causes deeper and more prolonged extremes in the weather. The jet stream, ringing the earth, usually keeps the polar air north of us. One report compares this slowing to the way a spinning top begins to wobble as it slows down, allowing a massive polar vortex to drop down into the States. My google search for "hernia and polar vortex" came up empty, so that looks to be a fresh analogy waiting to be exploited. 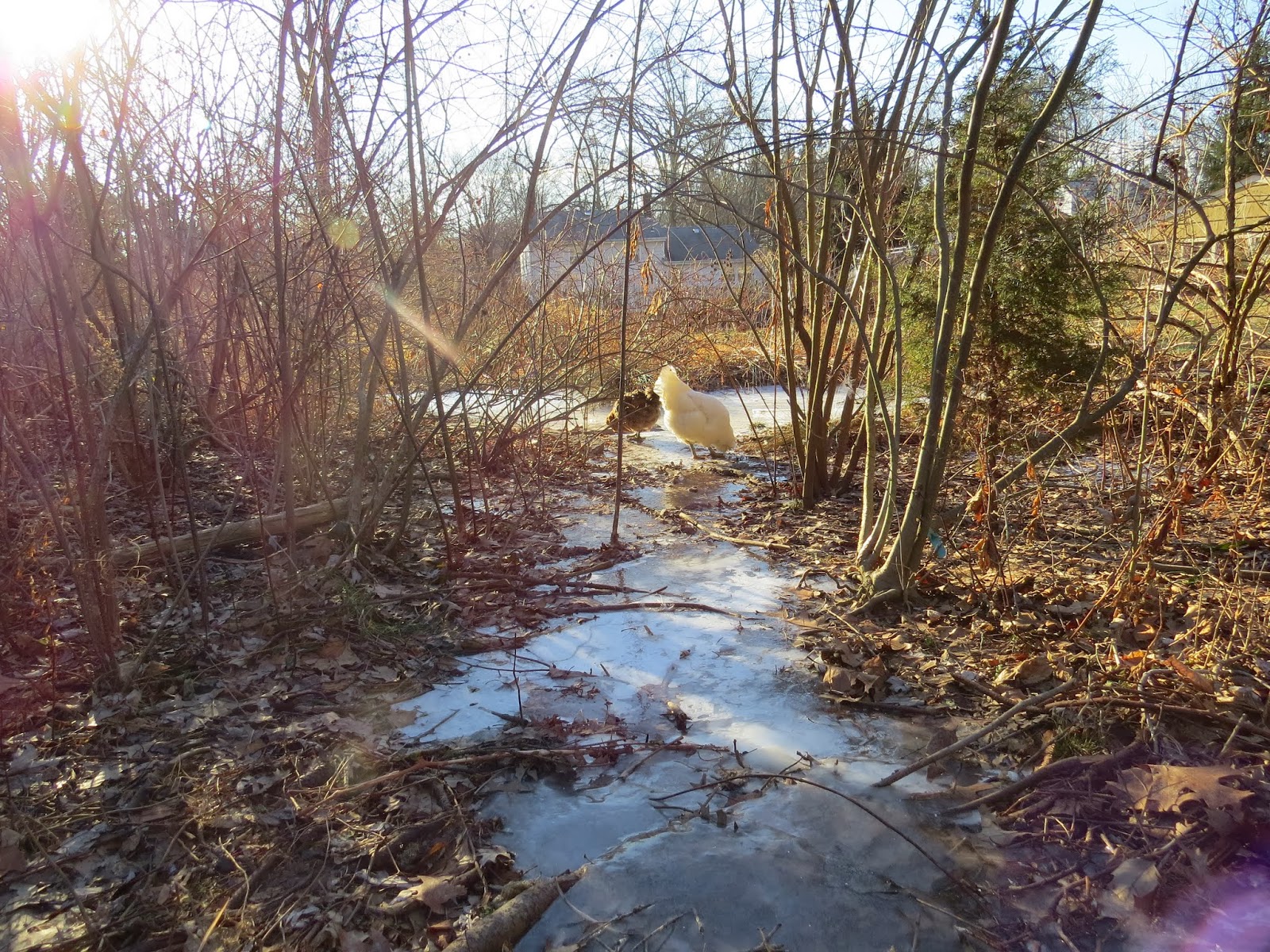 While the internet was teaming with news of the cold, the chickens were finding slim peckings along the frozen rivulet in the backyard. It's not easy even for a subsidized animal when the rest of the world is in suspended animation. A period of deep cold deepens respect for wildlife that lack our carbon-subsidized comforts, and must face extremes of weather with nothing but their wits and whatever protection and food the habitat offers.