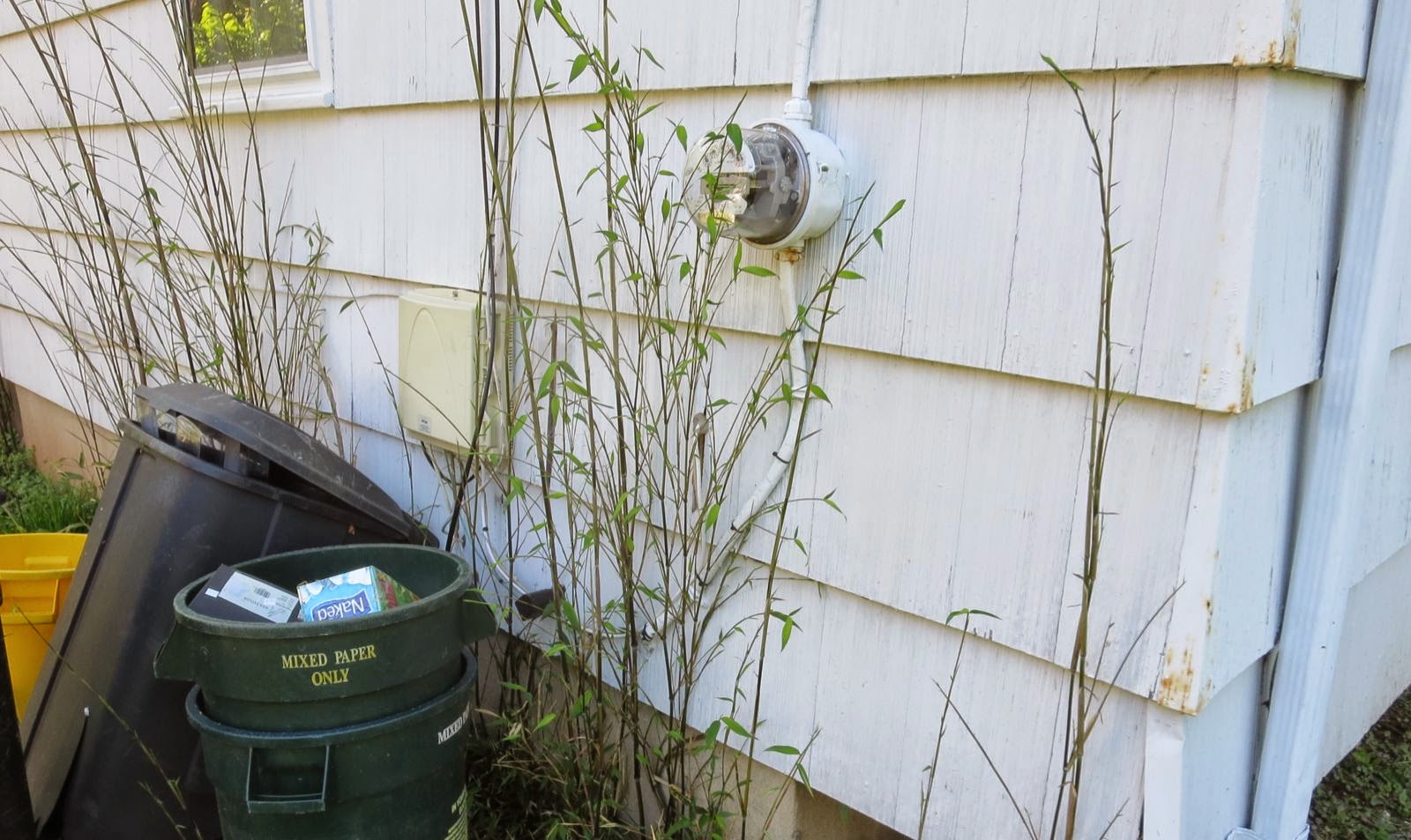 Bamboo, once it reaches a house's foundation, can actually grow up under the siding. That's what happened next door, as a big patch of bamboo that was providing privacy between homes kept expanding. 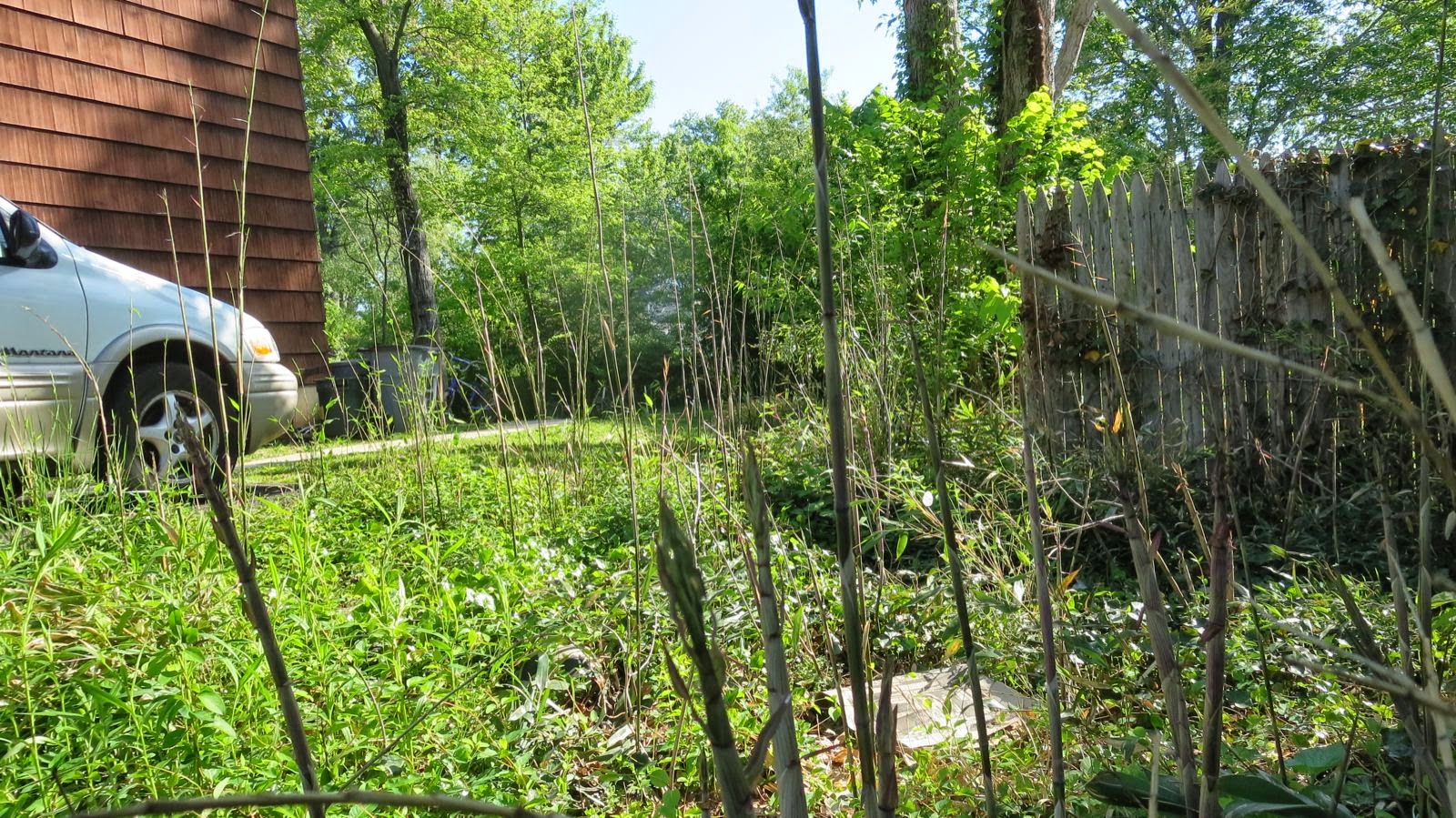 Realizing his house was threatened, the landlord had it all cut down last year, but there's been no followup to prevent the bamboo from regrowing from the roots. Having dealt with invasive plants for decades, professionally and around the house, I've learned the hard way that the first large scale removal is not the end of the problem, but only the first stage of an extended battle. Usually, the invasive wins. People are highly distracted, while a plant like bamboo is focused 24/7 on growing. While these new shoots are still soft, however, it would be relatively easy to mow them all down, every few weeks until the roots finally run out of energy. 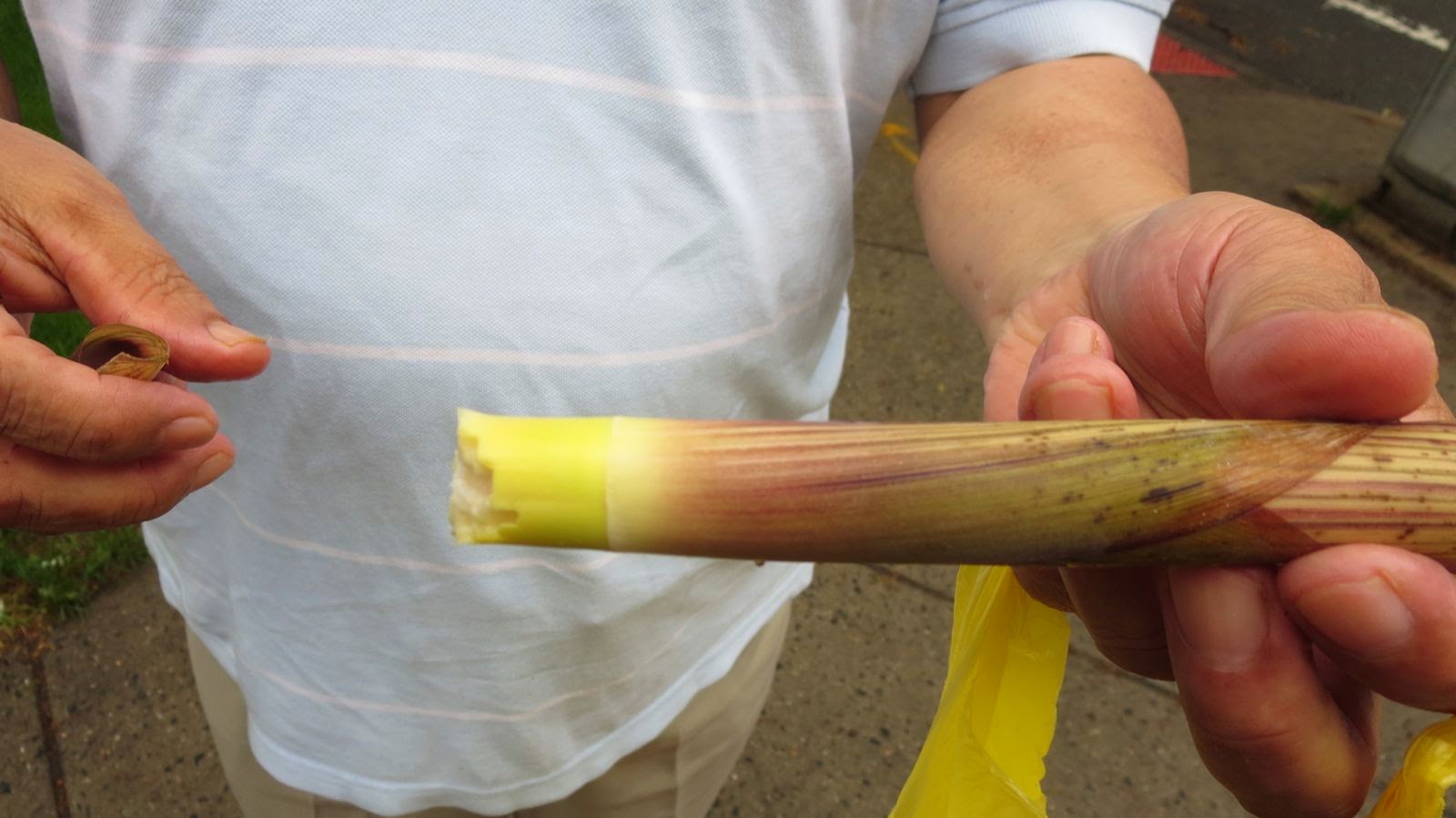 How tender grows the bamboo? Ask the Chinese man who scavenges bamboo shoots in the neighborhood and takes them back to his house for some stir fry. People's appetites could potentially play a role in bringing an unruly plant like bamboo into balance with the environment, but it would take a cultural shift, and consistent harvesting year after year.

I sometimes speculate that cattail, a highly edible native that can aggressively take over a wetland to the exclusion of other natives, was kept in better balance long ago when it was part of people's diet.