Sigmund Garden Lacks a Caretaker (and Harrison Street Park, too) 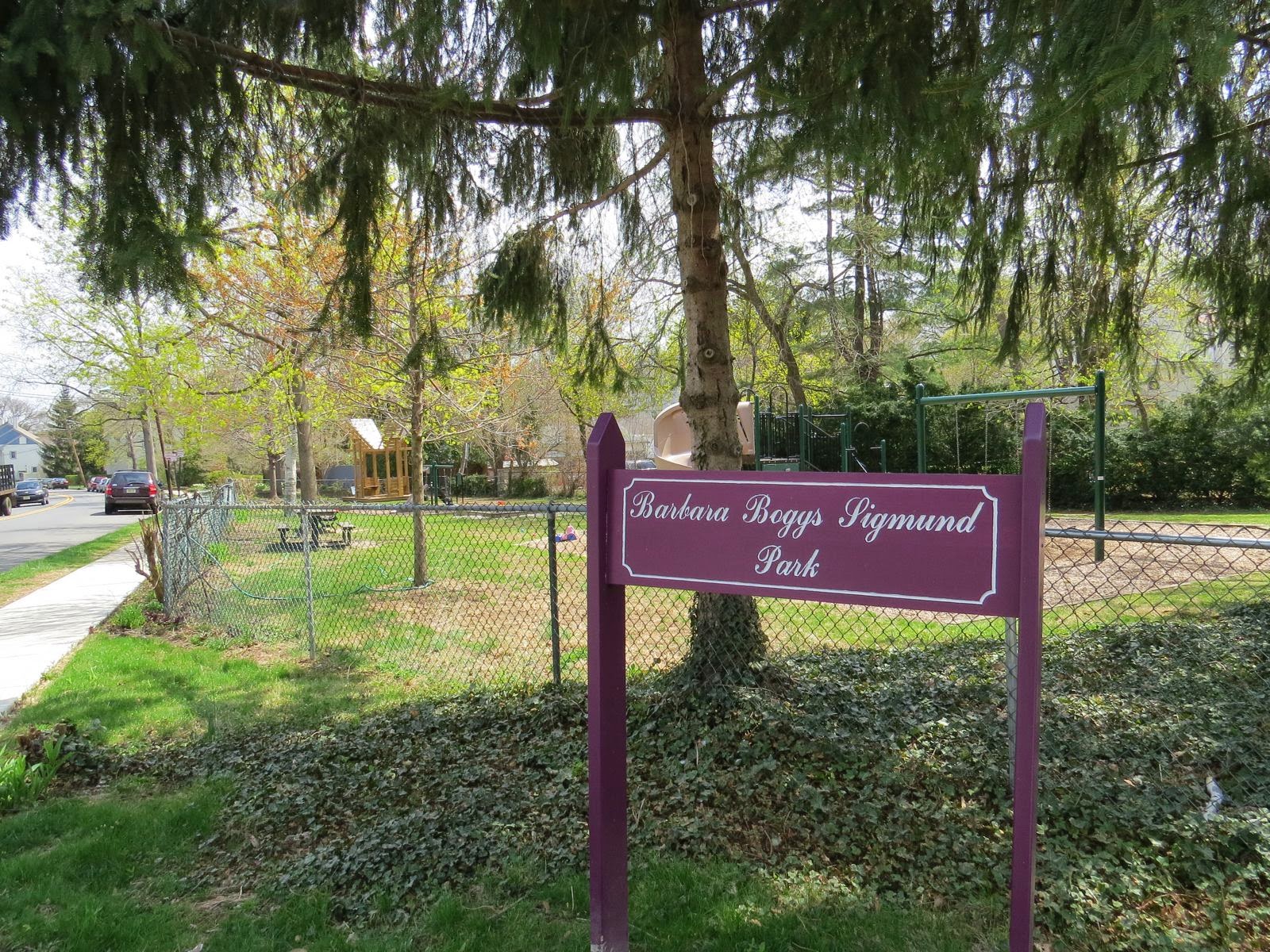 The passing of Paul E. Sigmund, a prominent scholar in the field of Latin American politics, prompts me to post about the park dedicated in memory of his wife and former Princeton borough mayor, Barbara Boggs Sigmund. The park's perennial plantings have long added beauty to a drive along Hamilton Ave., but are now at risk of going into decline. For years, Polly Burlingham led volunteer efforts to sustain the plantings, but she found it increasingly difficult to find volunteers, and so has moved on to other projects. 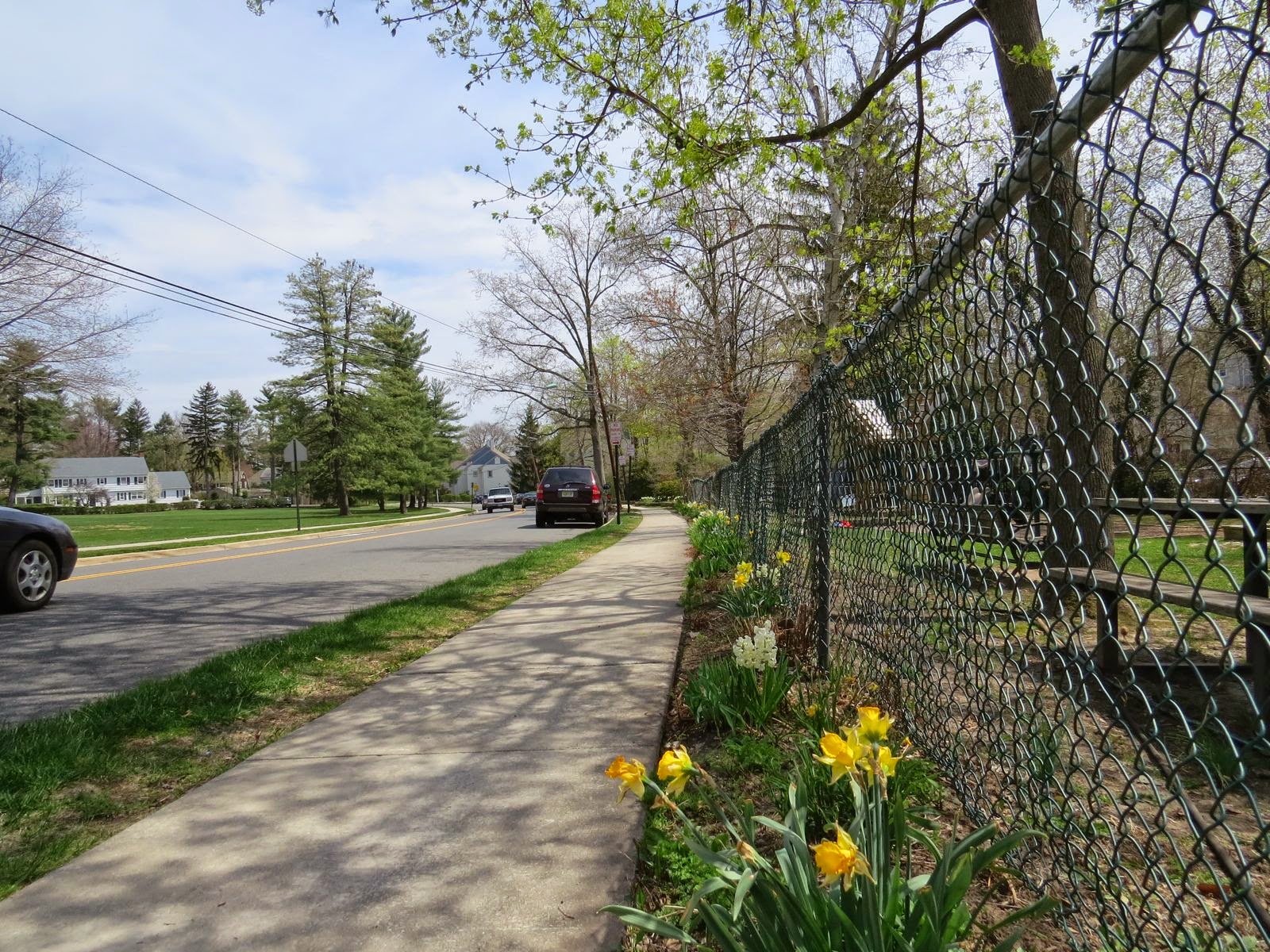 Currently, municipal crews do periodic cleaning of the park, but perennial flower beds require knowledge--or at least the sort of affection for plants that leads to that knowledge. Though Princeton has an arborist, there is no one on staff responsible for knowing anything about the kinds of plants that, through no fault of their own, don't happen to have trunks. The only tools Princeton wields to care for herbaceous plants, as far as I know, are a lawn mower and a weed whipper.

Well-meaning efforts to beautify Princeton with something more than trees and turf, whether at Sigmund Garden, Harrison Street Park, or elsewhere, are therefore threatened the moment they are planted. Without knowledge and t.l.c., the intended plants get pulled out along with the weeds, leading to steady attrition until the whole thing gets mowed down and returned to lawn. 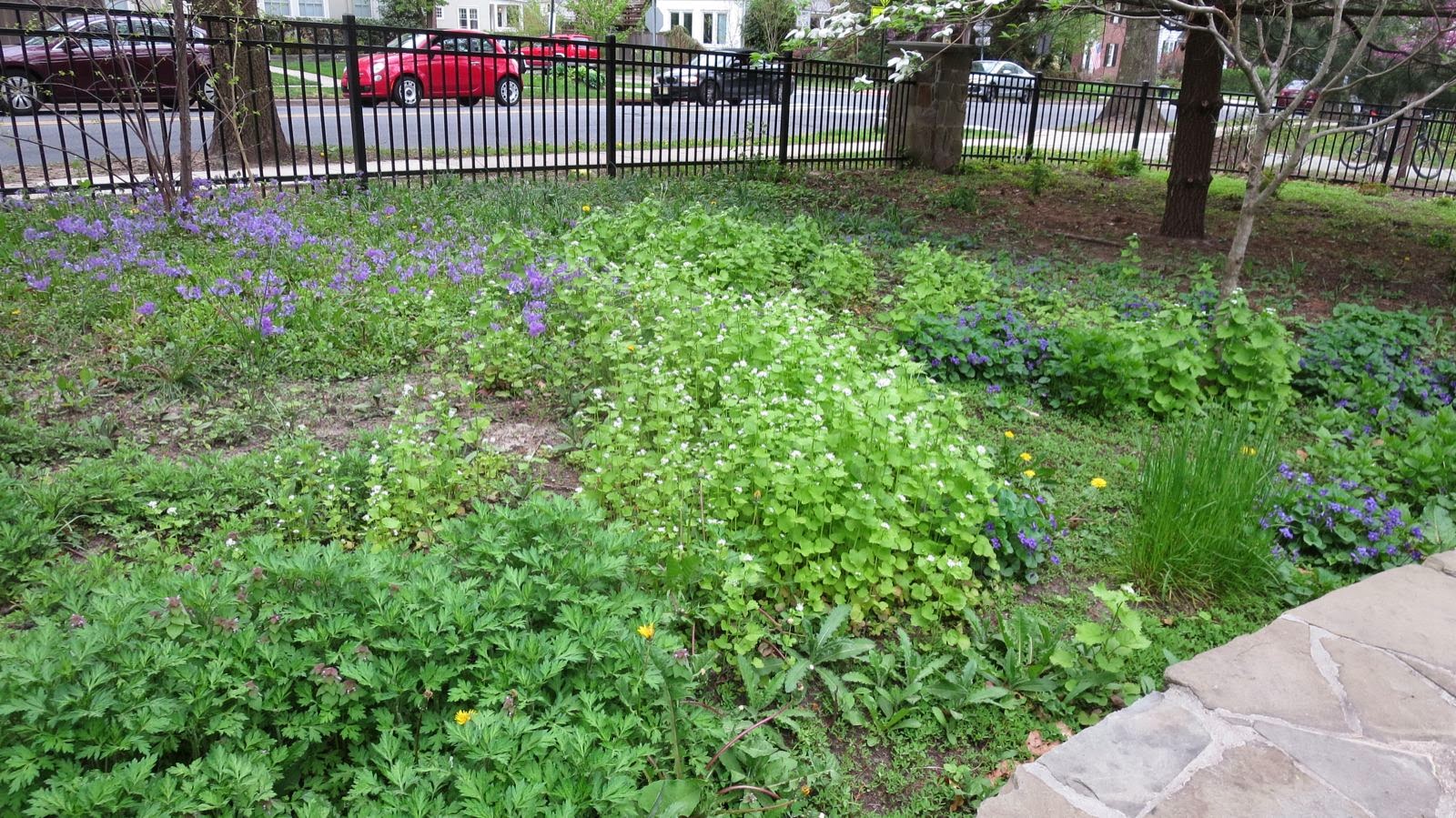 Here's one of the flower beds at Harrison Street Park, several years after some $30,000 worth of perennials and other native plantings were installed. Some of the wildflowers, like the woodland asters in the back left, are hanging on, but moving in on the lower left is the dreaded mugwort, and the white in the middle is garlic mustard beginning to overwhelm the intended species.

The plantings are still at a stage where they could be rehabilitated relatively easily. When I alerted town officials last summer to the sad state the plantings were falling into, a private landscaper was brought in to do some rehab. But that was a temporary fix. The Harrison Street Park neighborhood was originally expected to tend to the plantings, and there are many residents there who would be willing to help. But they'd need to be organized, and led by someone who can point out what to pull and what to keep, and it's asking a lot for someone in the community with the necessary training and organizational energy to step forward year after year and donate leadership, expertise and commitment.

The underlying problem, plaguing society far beyond the plant world, is a misapprehension of maintenance. People believe that creativity ends with installation, but most anyone who gardens understands that maintenance itself, like parenting, is a creative process. Plants are shifted to better locations, new species are added to fill gaps and add new colors. Judgements are constantly being made about what to pull and what to leave. Invasives--the bullies of the plant world--are caught early on before they take over. All of this requires knowledge, experience, judgement and persistence far beyond the design/install stage. And yet its the initial design and installation that get the funding and recognition, after which people walk away, ribbons cut, awards given, thinking their job done. Unlike a newborn baby, plants don't have the vocal chords to make a commotion every time they need attention, and this seems to be their undoing. The woodland asters at Harrison Street Park suffer the deepening shade and underground chemical warfare of garlic mustard in silence. Empathy--the capacity to intuit and respond to what is not being explicitly stated--is as important with plantcare as it is with people.

Come to think of it, the word "character" sounds a lot like "care-actor"--someone who not only cares but also acts--a useful thought when considering citizenship in general, and the caretaker's role in particular.

It would, of course, be great if someone in the community stepped forward to take the lead on caring for these plantings, just in case this post doesn't prompt immediate institutional change in how parks are managed. Princeton Recreation would be the department to contact.

To read about the Sigmunds, here are some links: