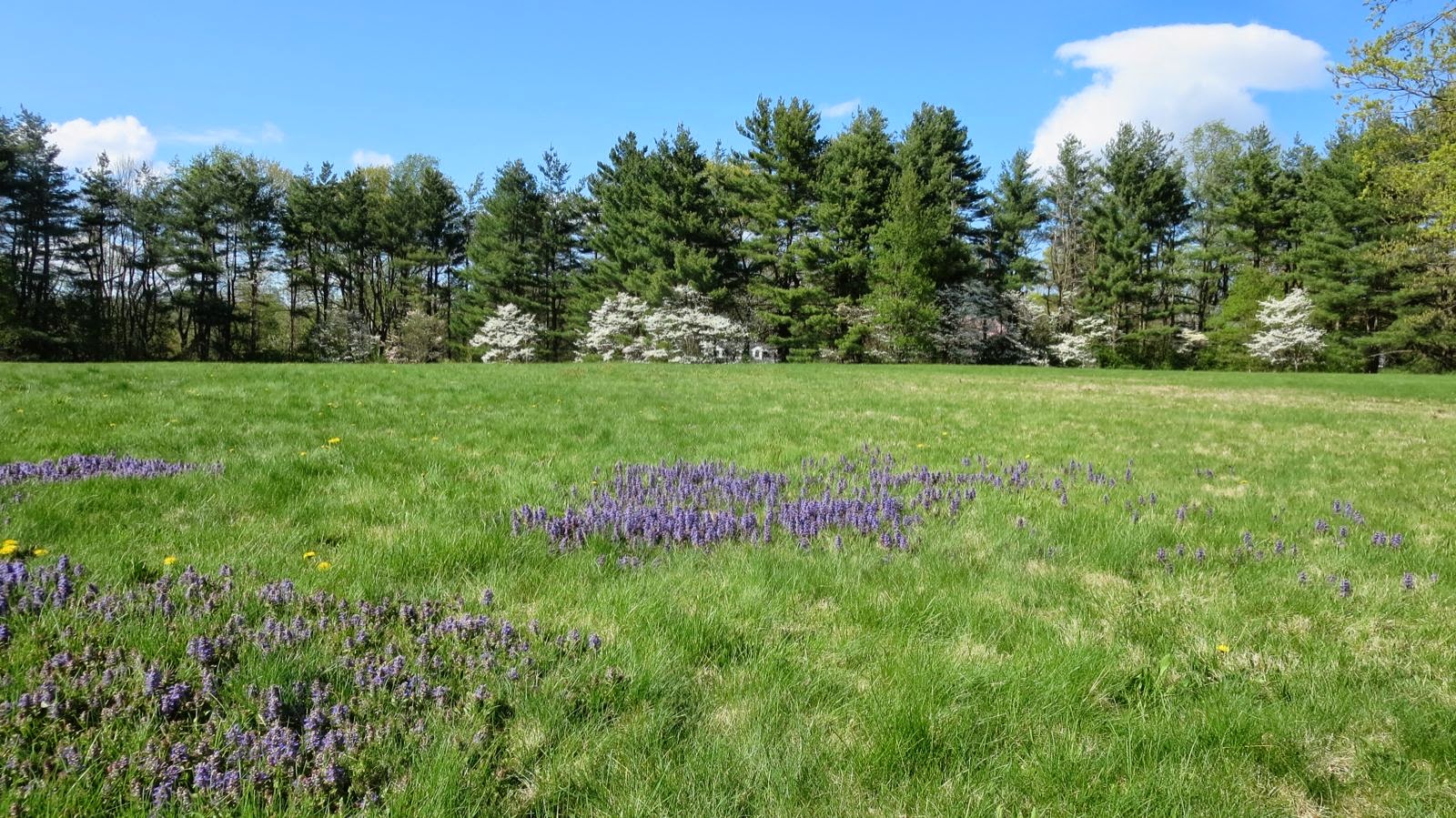 Princeton Battlefield in early May, where patches of blue Ajuga sneak in some blooming time before the first mowing of the historically incorrect but pleasing to walk on lawn. Look across Mercer Street from Mercer Oak, Jr., and scan the wood's edge to the left and right of the pillars. This time of year you will see many flowering dogwoods living up to their name. It's an easy observation, but that doesn't necessarily mean anyone has noticed. 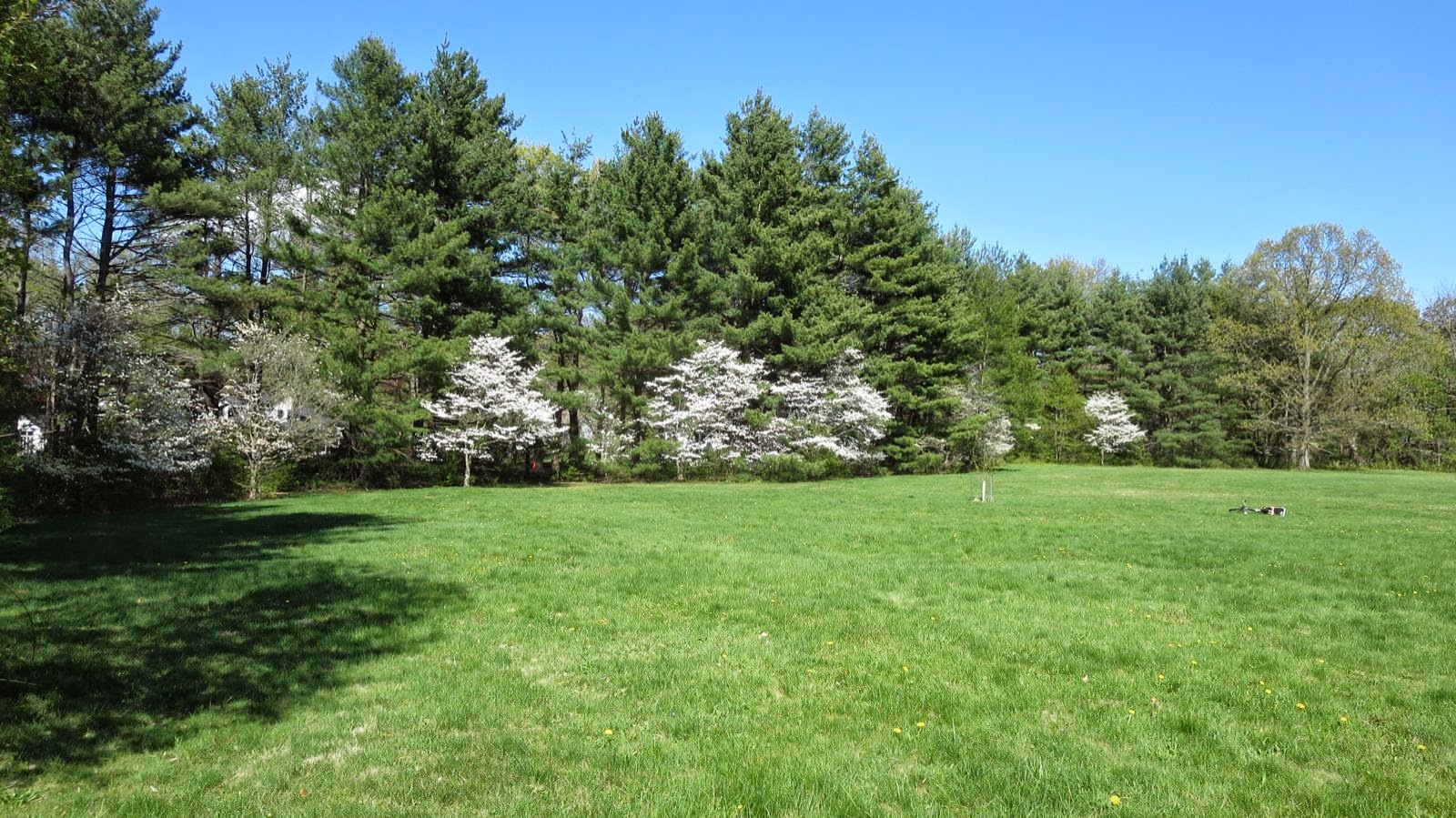 A closer look reveals a fairly regular pattern to the dogwoods--every ten feet or so. It's almost as if (which is to say it's almost certainly the case that) someone intentionally planted these dogwoods long ago to honor this hallowed ground. 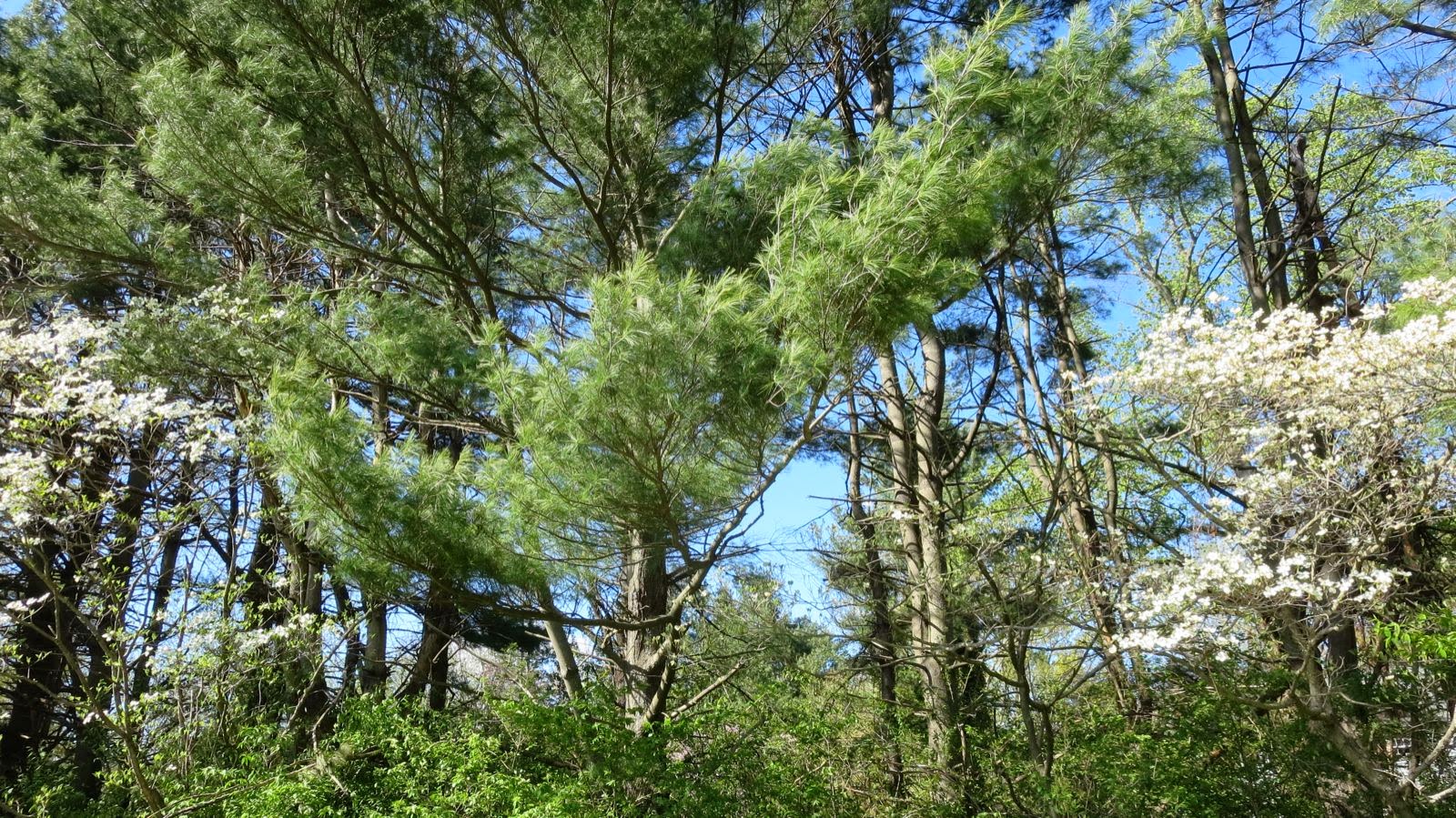 Having worked as a horticulturist (during which time I learned many valuable things, including that horticulturist is not pronounced "horticulturalist"), my impulse is to make sure the dogwoods are not being overgrown by surrounding trees and vines. Here, a white pine branch is jutting out, stealing sunlight from the dogwoods. Cut the branch and the pine tree will be unaffected while the dogwoods will greatly benefit from the extra sunlight and room to grow. 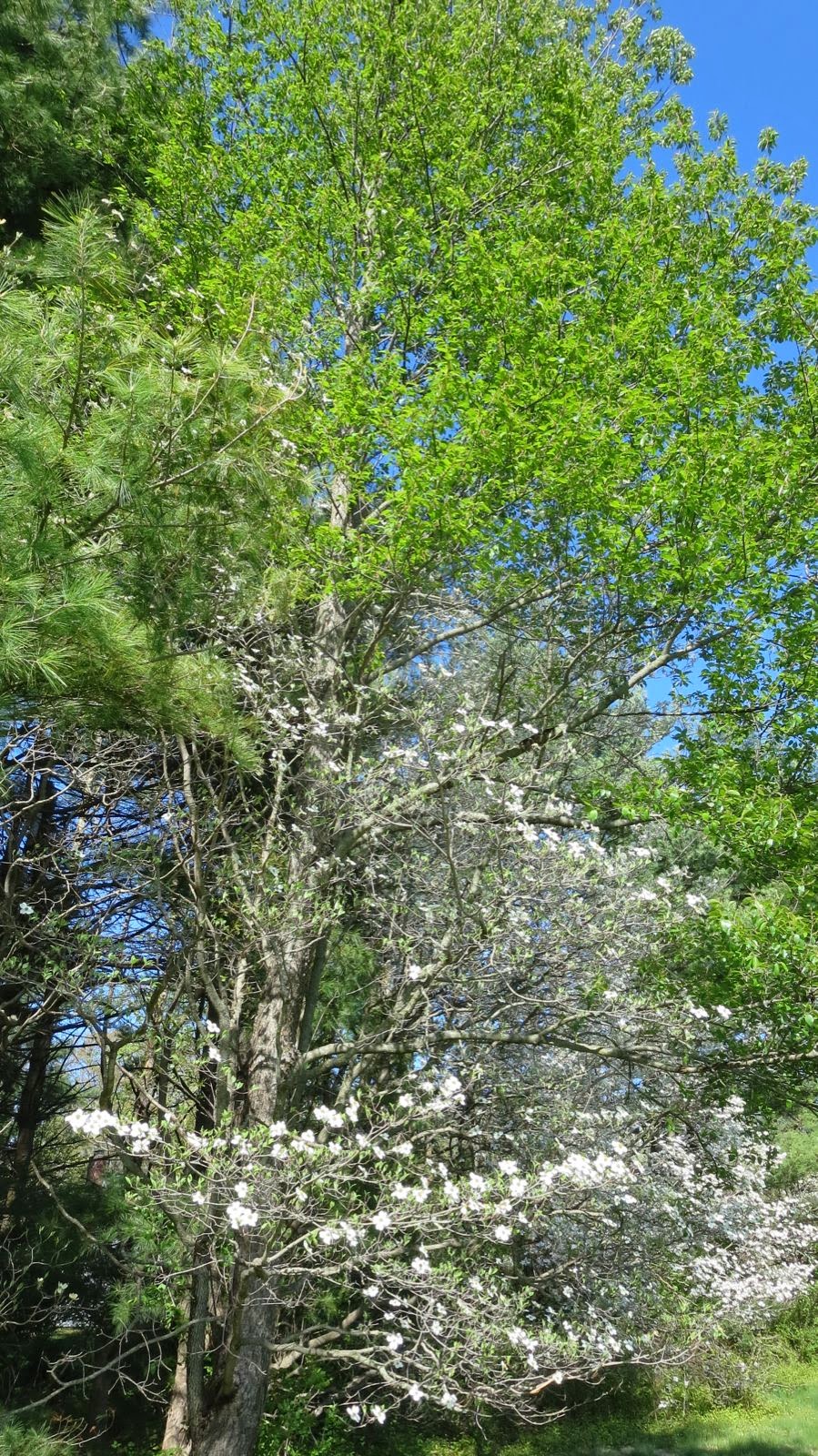 And this black cherry really should be cut down, except for one small matter. 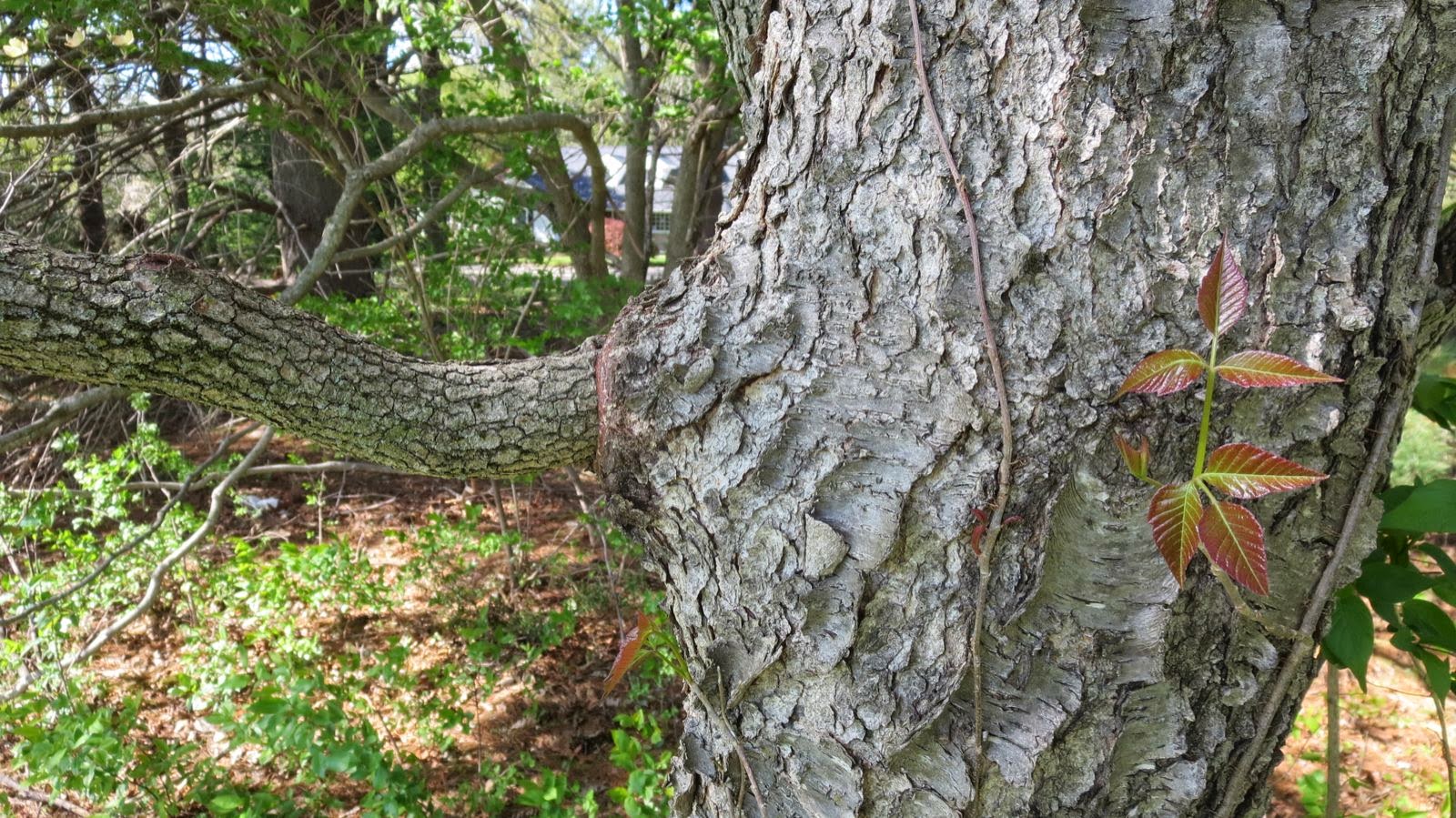 Ignore the young, reddish poison ivy leaves on the right, and you'll see a most unusual phenomenon. The black cherry tree appears to have borne the branch of a flowering dogwood. 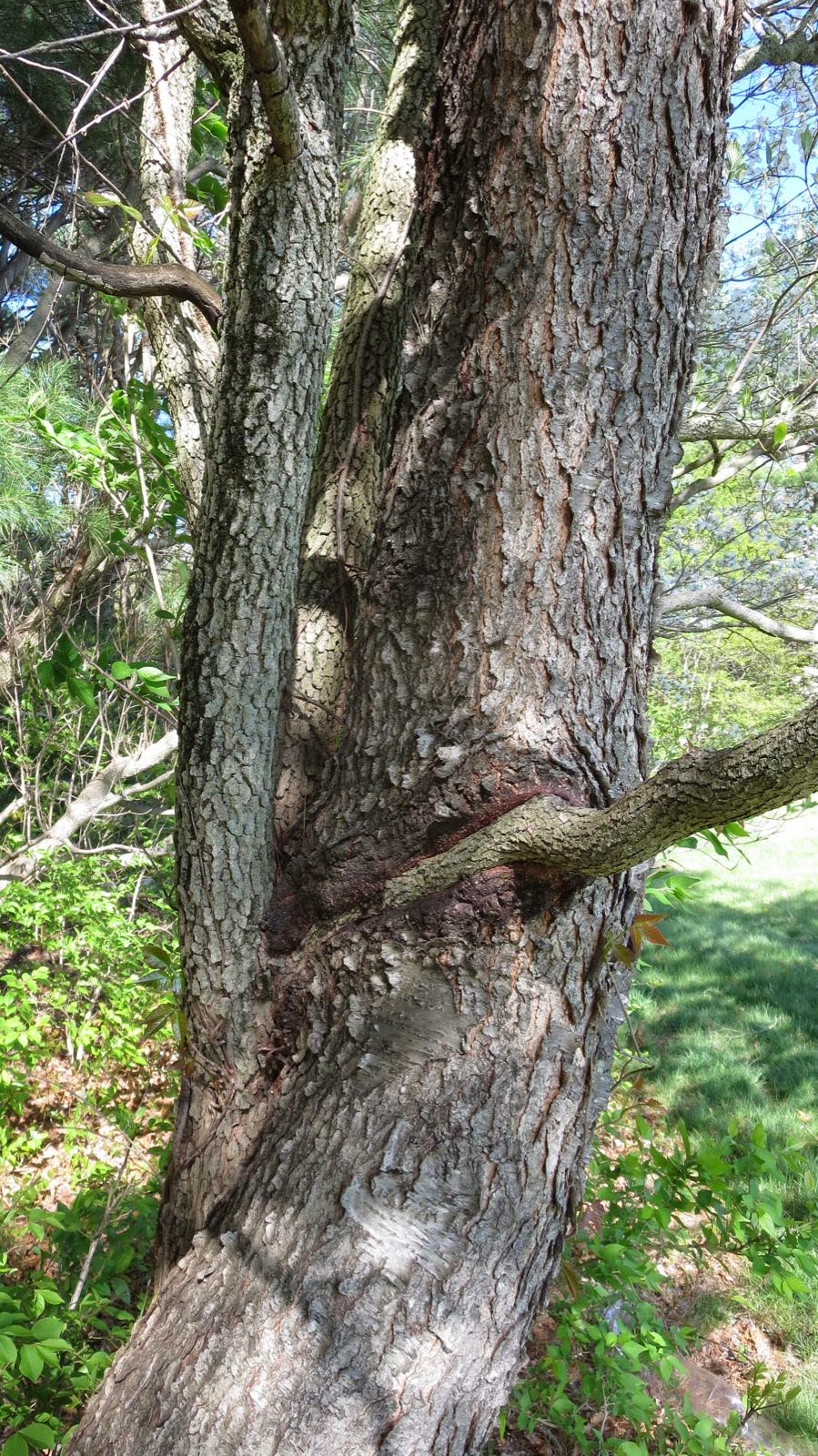 On the backside, you can see how the black cherry, growing in intimate proximity to the dogwood, has completely absorbed the dogwood branch into its trunk. 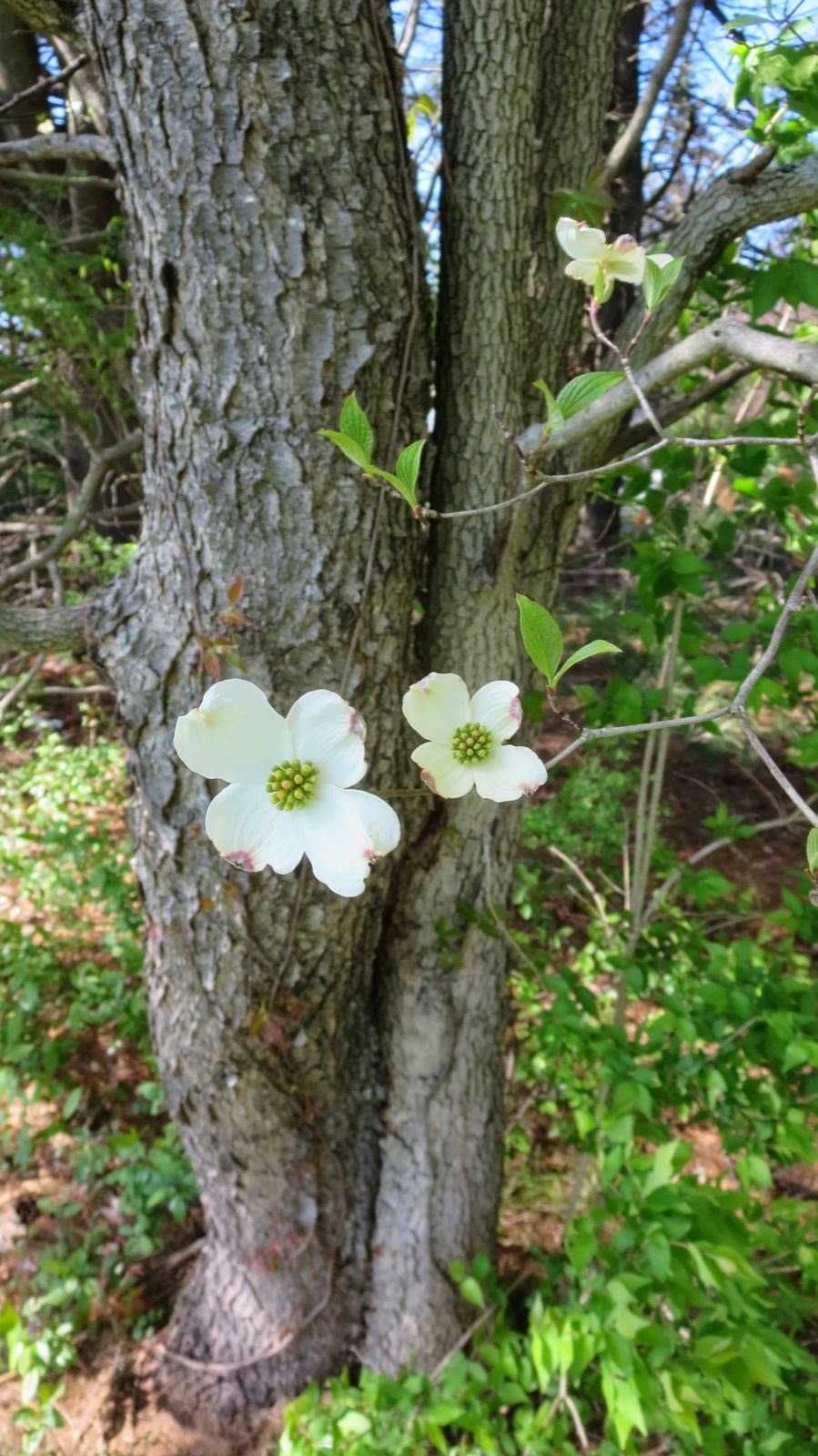 I think I'll just leave them alone and take my horticultural proclivities elsewhere. These two trees look to be made for each other.

A post from 2012 includes photos of the porcelainberry vines that nearly smothered some of the dogwoods before I intervened with a pair of loppers.

Also, for anyone headed out that way, there's a great woodland display of flowering dogwoods along Cherry Hill Road where it crosses the Princeton ridge.
Posted by Steve Hiltner at Monday, May 12, 2014