A Raingarden's Quiet Riot of Wildflowers 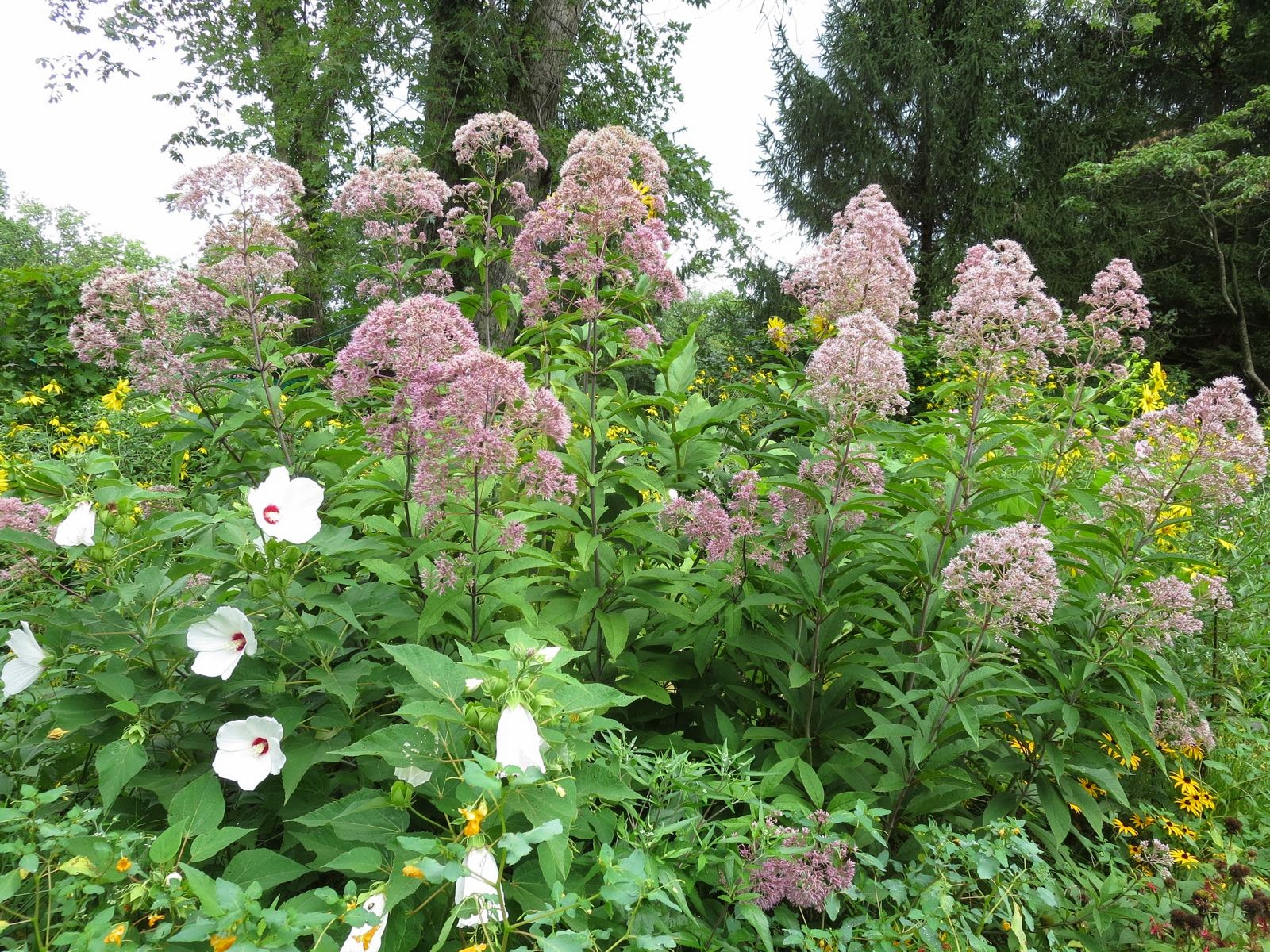 Half of my backyard is raingarden, and this is what it looks like right now. it could not be mistaken for evergreen shrubs trimmed to look like cannonballs. It's a celebration of life, and the party's in full swing right now. Most of these grow wild along the canal and a few other spots in town.

Joe-Pye-Weed is the tall one with the pompom blooms. Rose Mallow (Hibiscus moscheutos) is the large white flower. 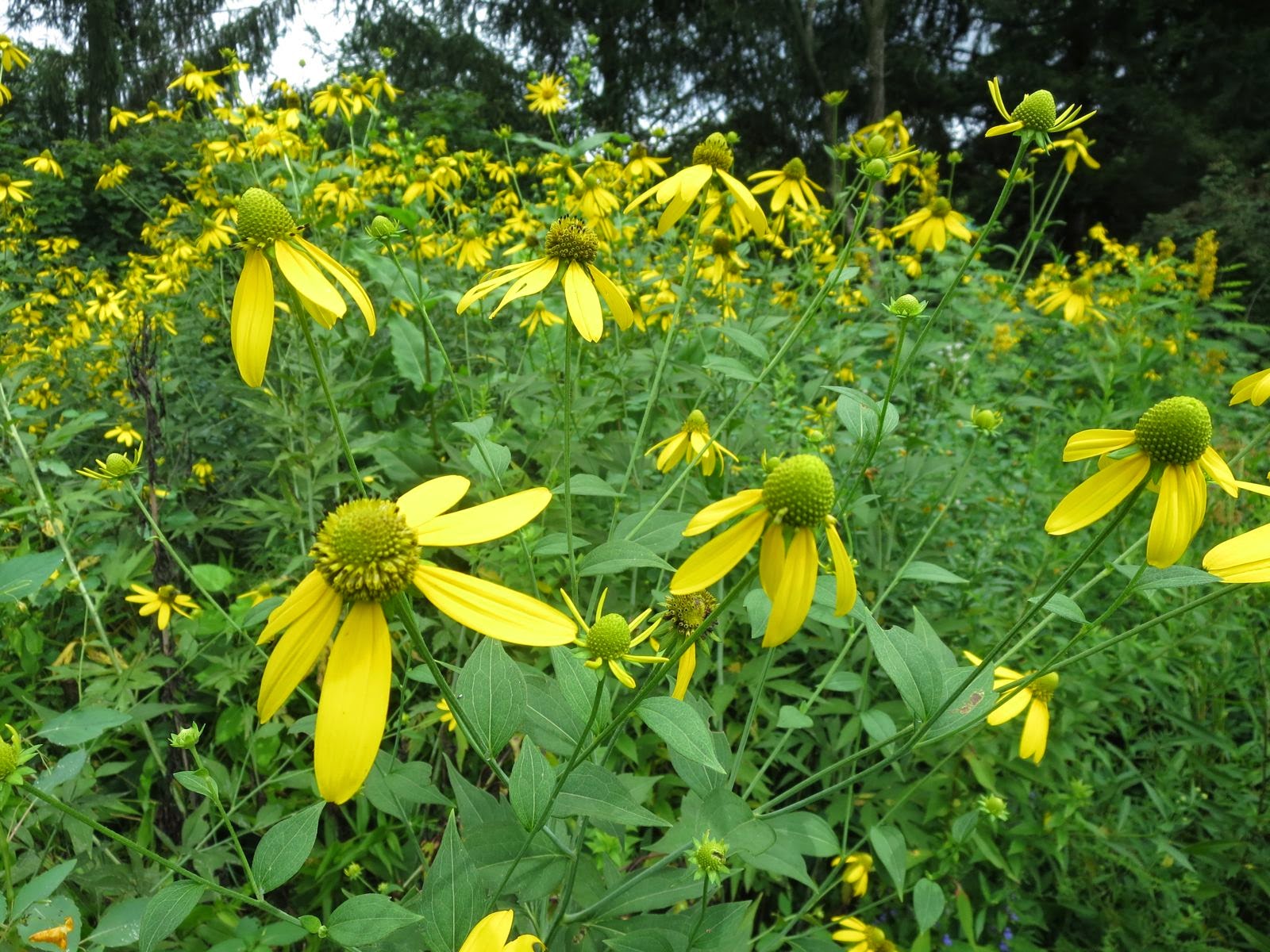 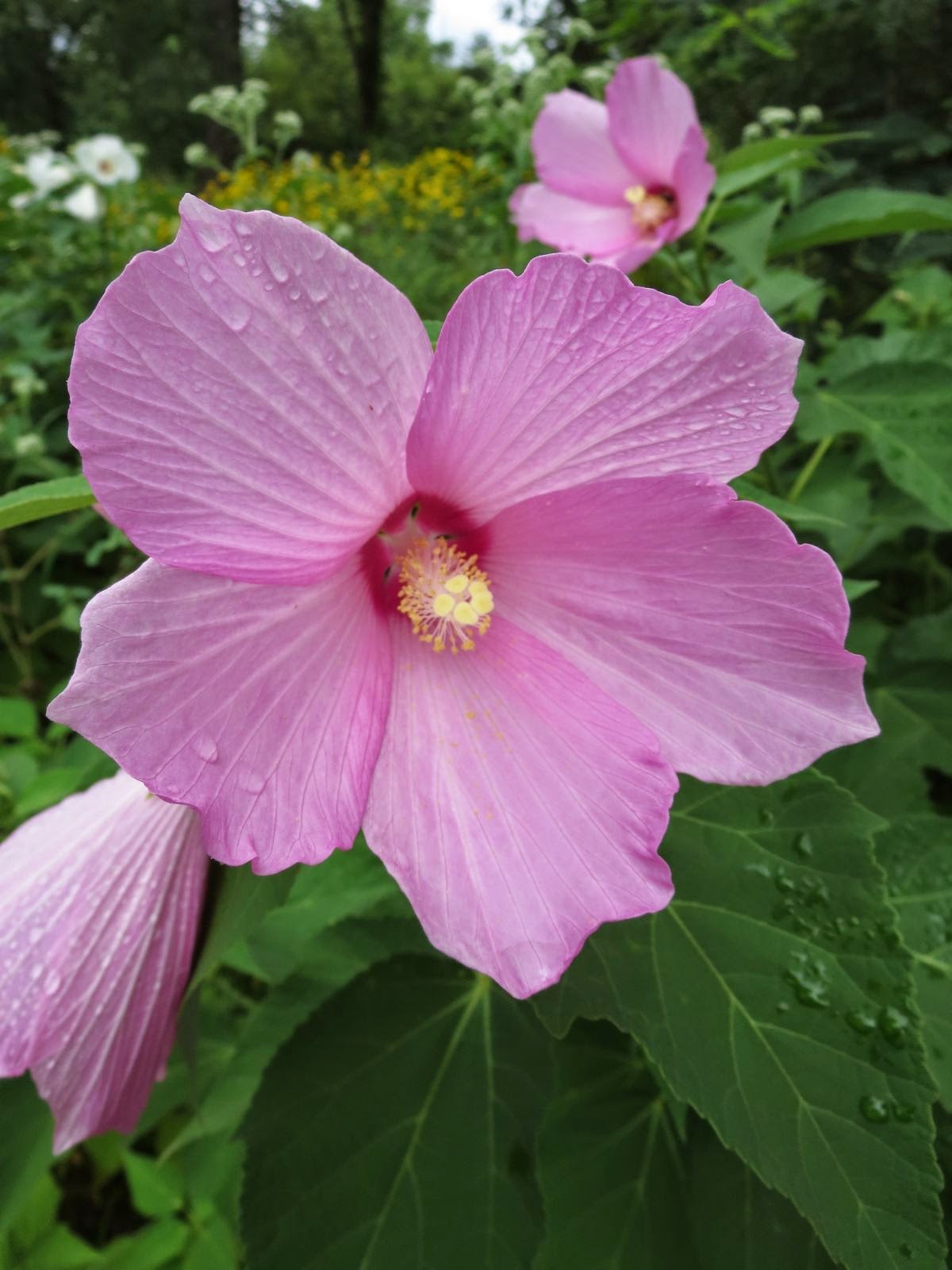 The rose mallow hibiscus is variable--sometimes white with a rose center, sometimes pink. 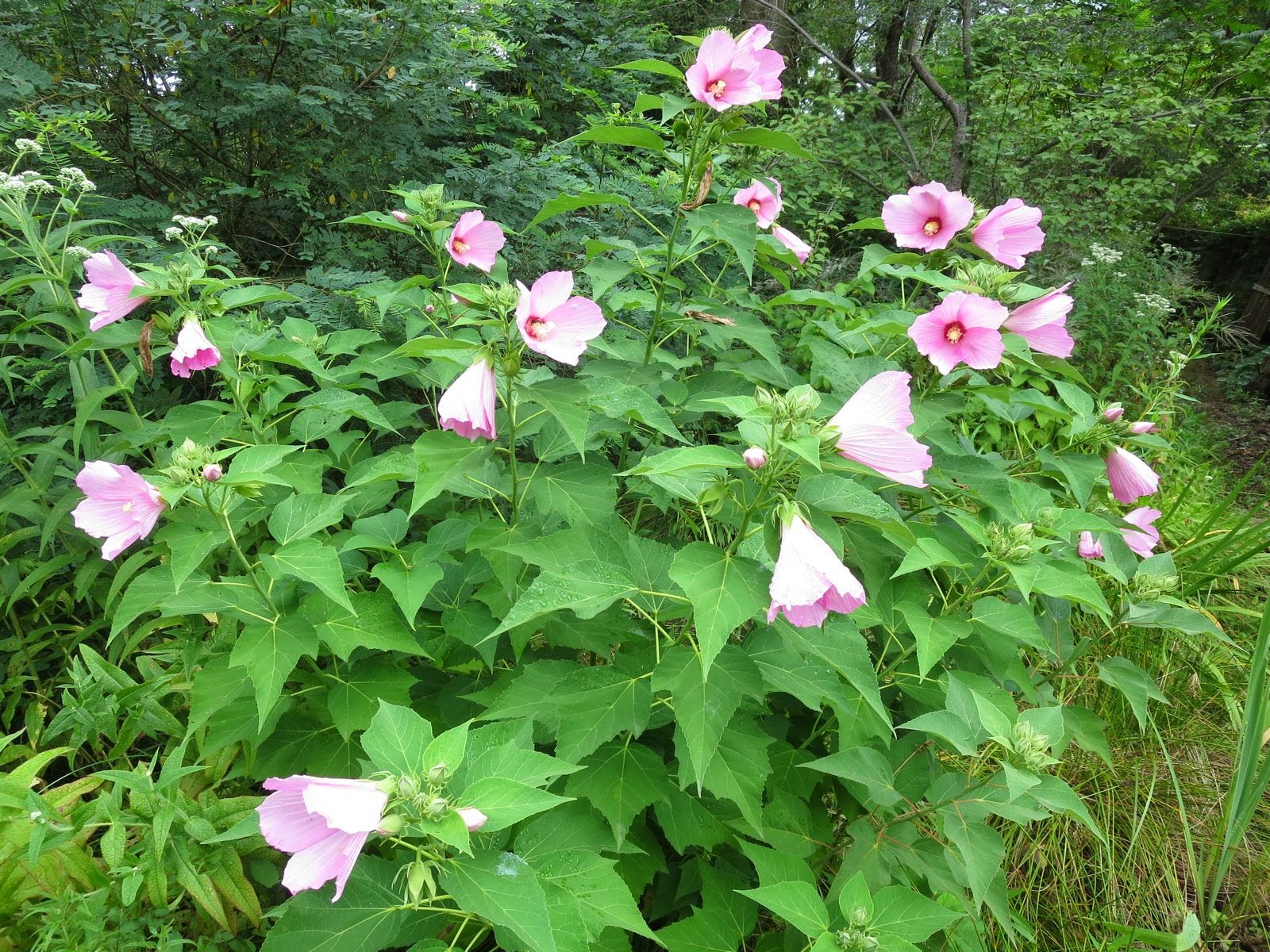 If you kayak up the Millstone River from Carnegie Lake, you'll see these lining the banks. 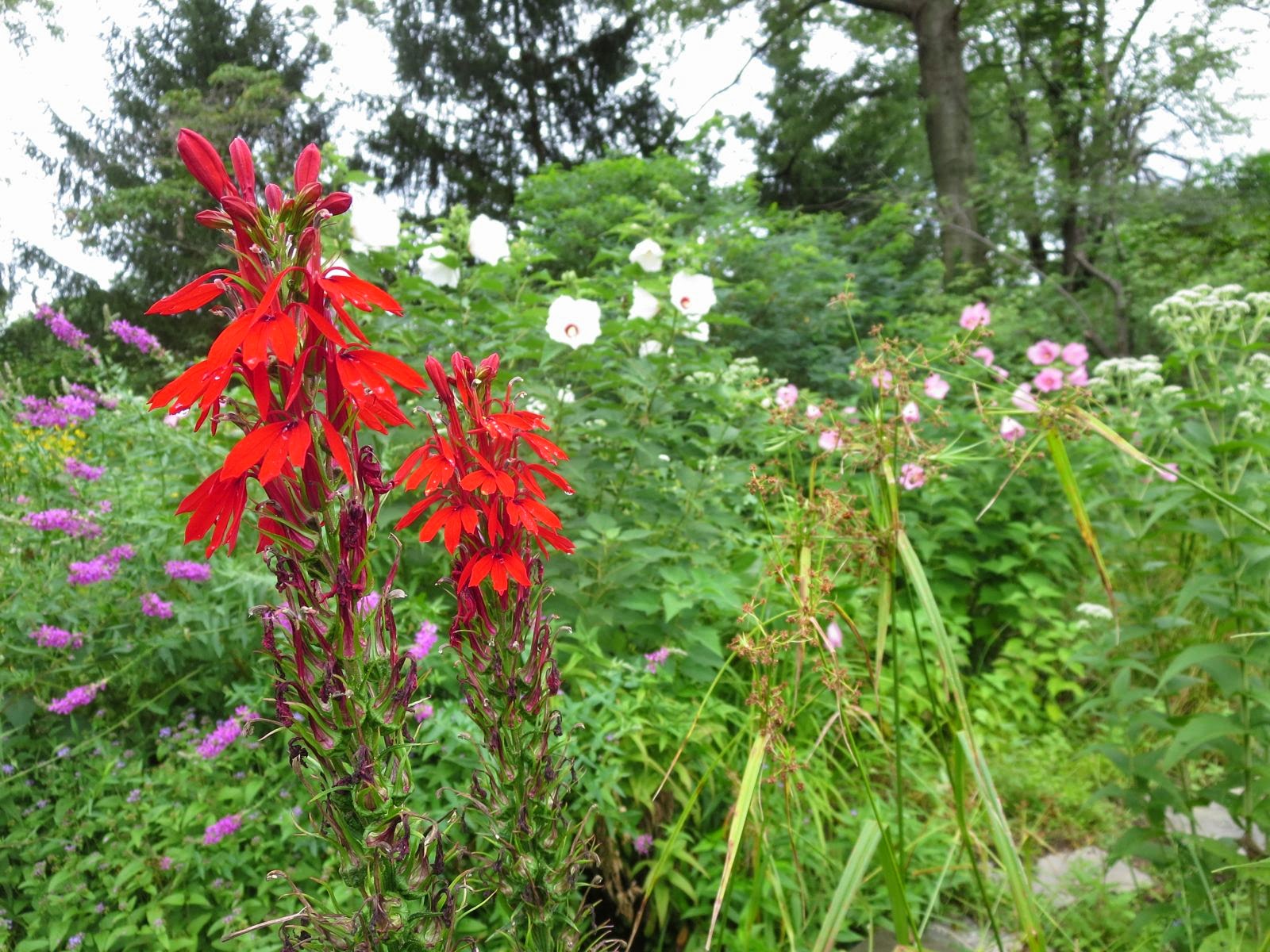 A bit of an optical illusion here. Cardinal flower isn't that big. Green bullrush is the sedge in the foreground, just to the right of the cardinal flower, with hibiscus in the background and boneset on the back right. Boneset is the king of pollinator attractors. To the left of the huge-looking cardinal flower is purple loosestrife (a non-native that seeded in and can be invasive, but which I'm leaving in for now). 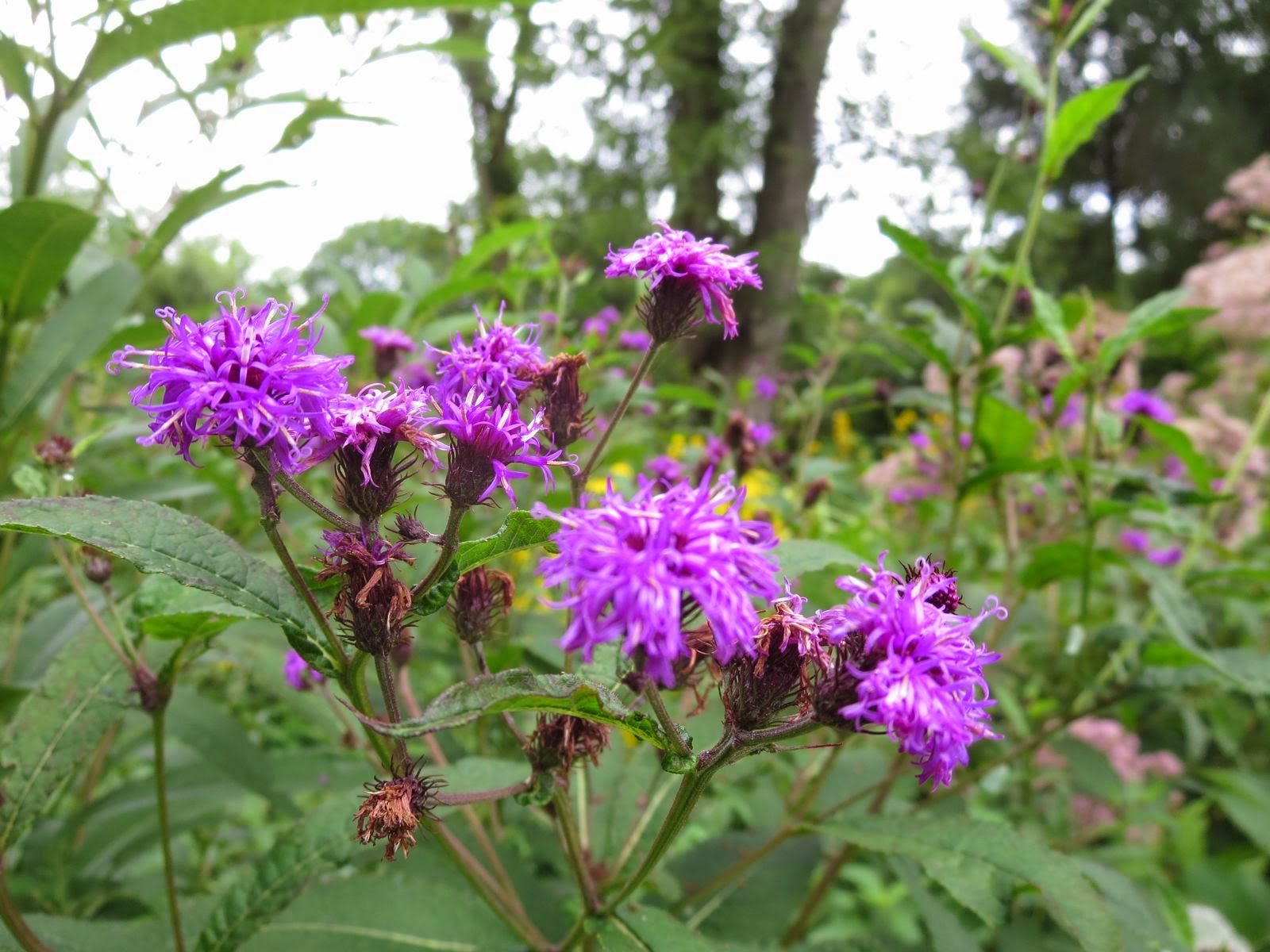 Ironweed has clusters of small flowers at the top of a tall stalk. 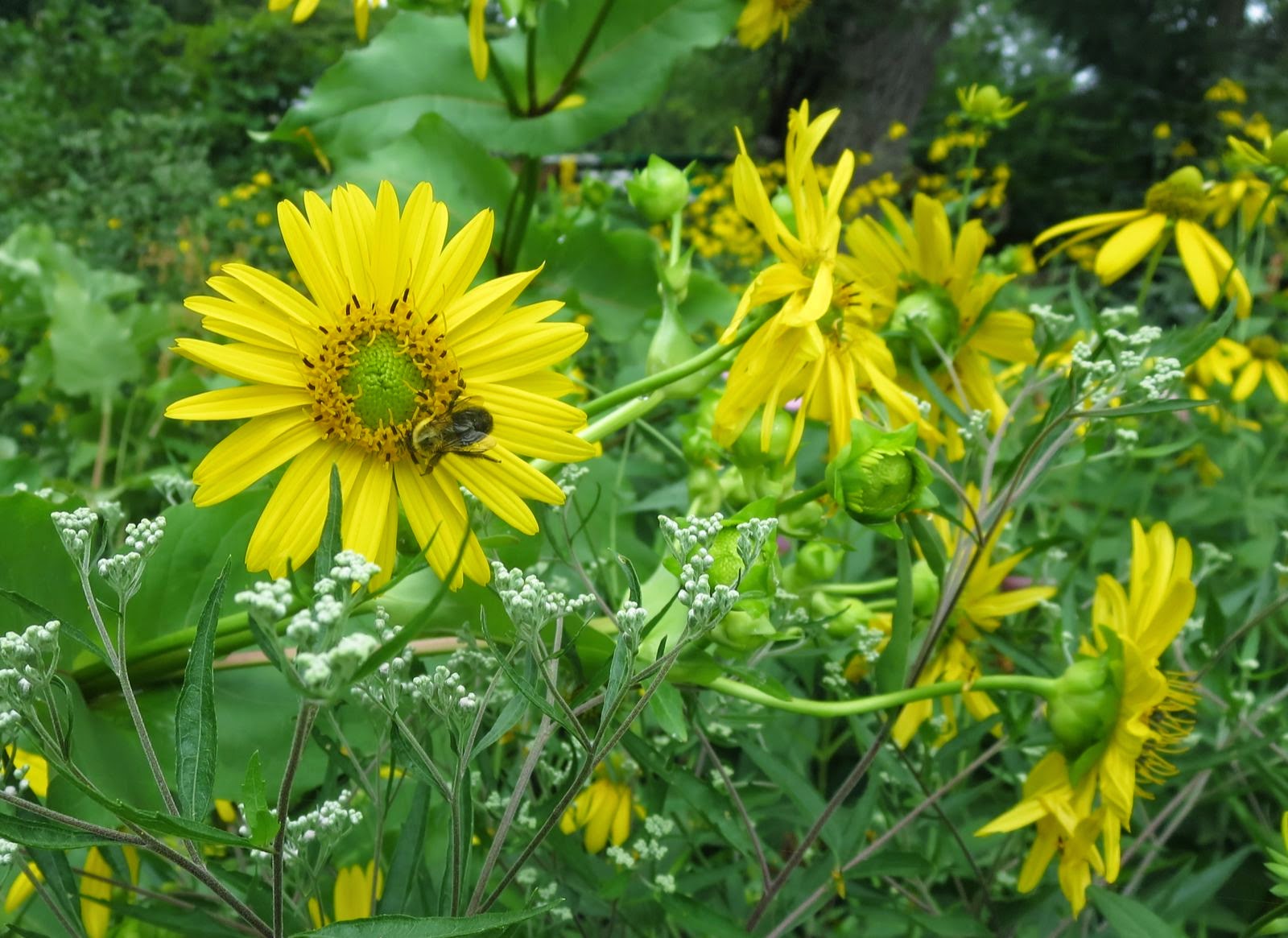 There are lots of different yellow flowers. This one is cup-plant, which can grow ten feet high. I found it growing next to the dumpster at Mark Twain's house in Hartford, CT. It doesn't grow wild in the Princeton area, but is a native. The small white flowers are late-flowering boneset.

Though they do fine in regular garden soil, these native wildflowers also thrive in parts of the garden that are scooped out a bit and have runoff directed to them, from downspouts, driveways, or patios. That's basically what a raingarden is.
Posted by Steve Hiltner at Thursday, August 14, 2014