Kayaking Up the Mighty Millstone Marsh 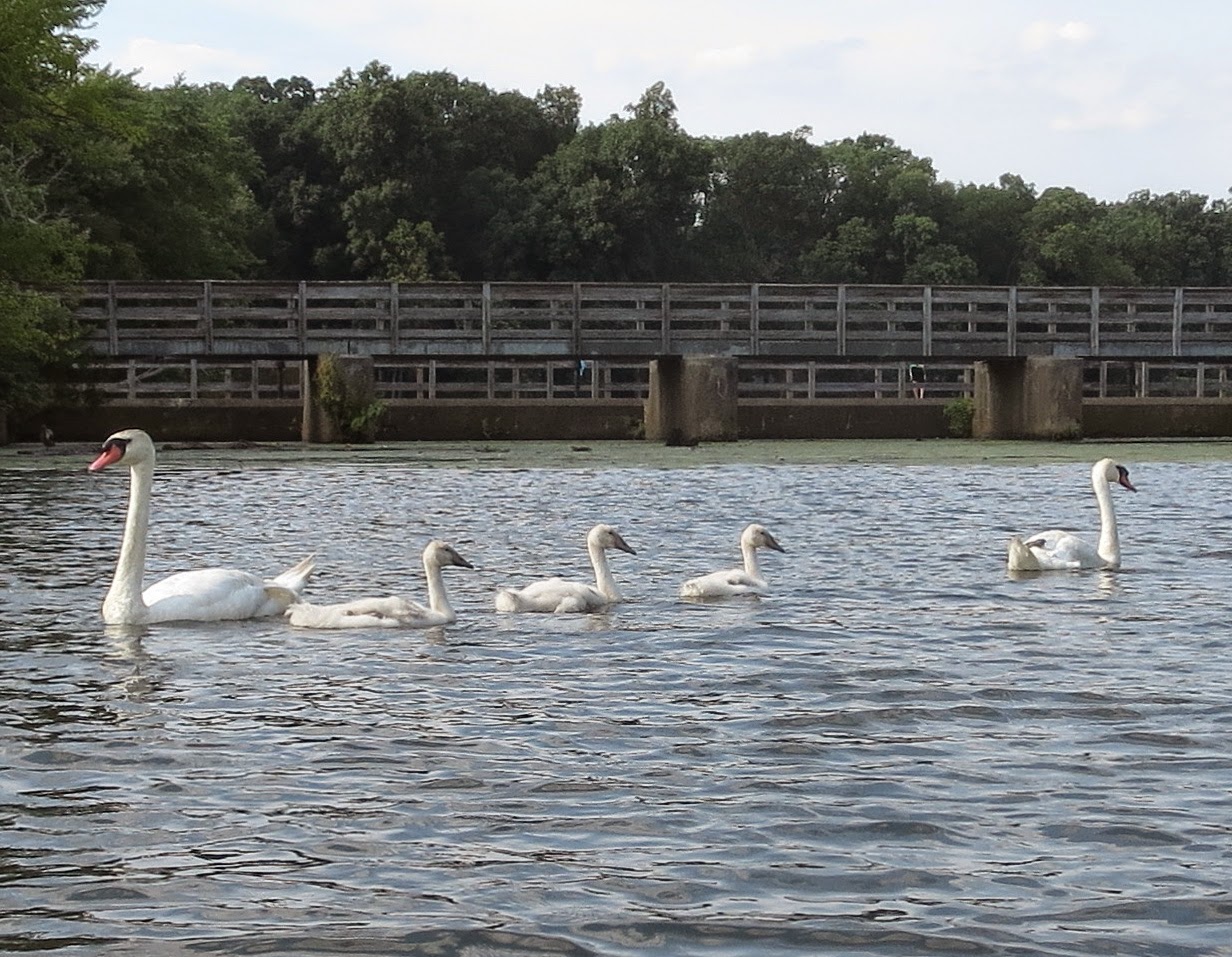 If you ever tire of land, Princeton offers a complex of waterways that can be easily navigated by kayak or canoe. There's Carnegie Lake, of course, but also the canal, Stony Brook, and the Millstone River, which flows through a beautiful marsh just a few paddle strokes upstream of Carnegie Lake. A friend, who in the acting world goes by the name of Basha, had been singing the praises of the marsh this year, and we finally headed over there this past Saturday in late afternoon. The put-in is over towards Plainsboro, off Mapleton Road, next to the aquaduct parking lot.

If you've lived in Princeton for ten years without knowing where the aquaduct is, it's where the Millstone River ducks under the DR Canal, downstream of the Harrison Street crossing. Near this "aquaduck" is a pair of mute swans (a species of Eurasian origin, easily distinguised from indigenous trumpeter and tundra swans by its orange bill) that have become the DR Canal's version of rock stars since they had three babies, properly called cygnets. They quickly realized we had no food to offer. Body language here is suggesting which adult is the mother. 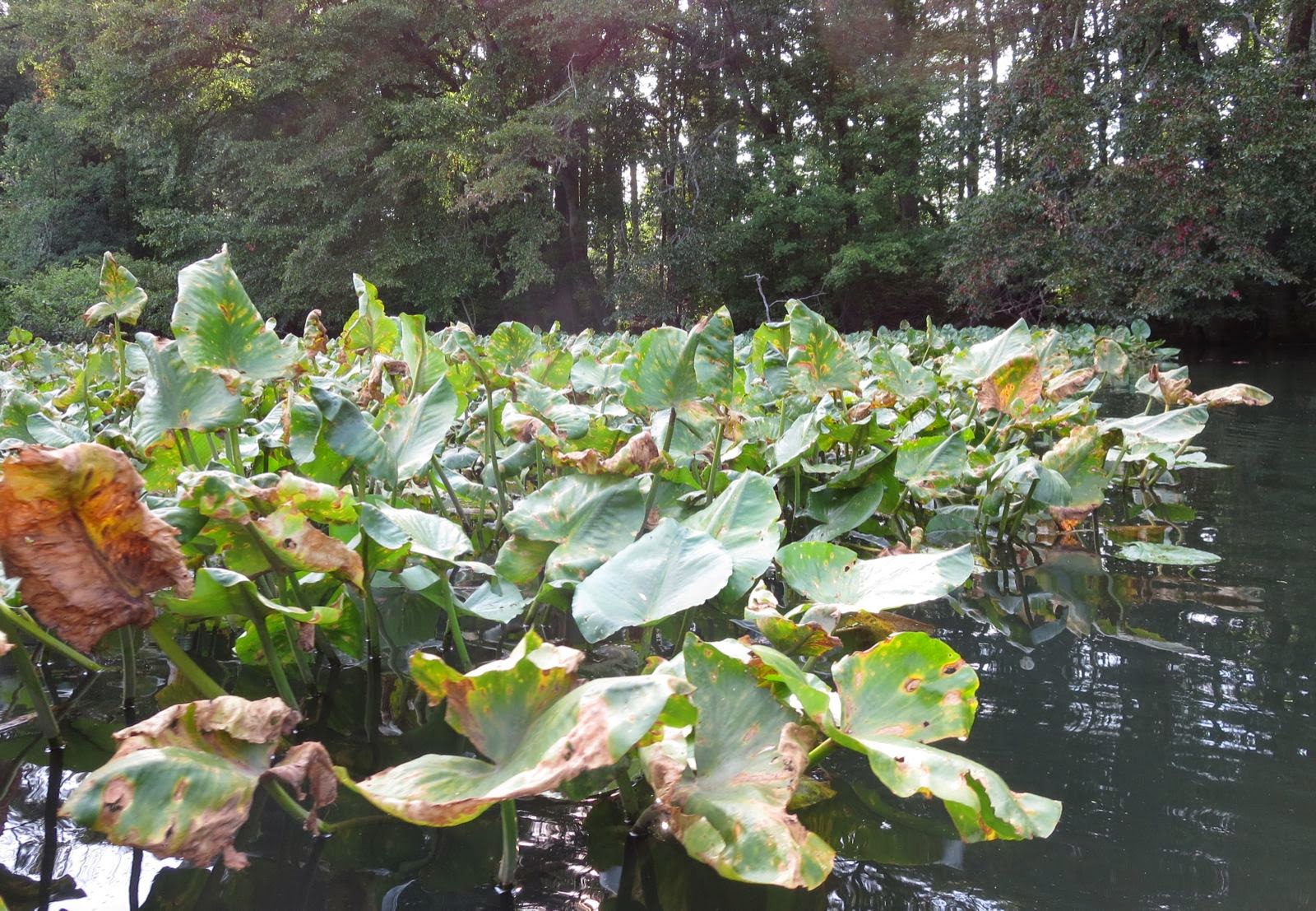 The wilder world of native plants and wildlife is accessed by paddling to the left, through a channel bordered by masses of spadderdock, 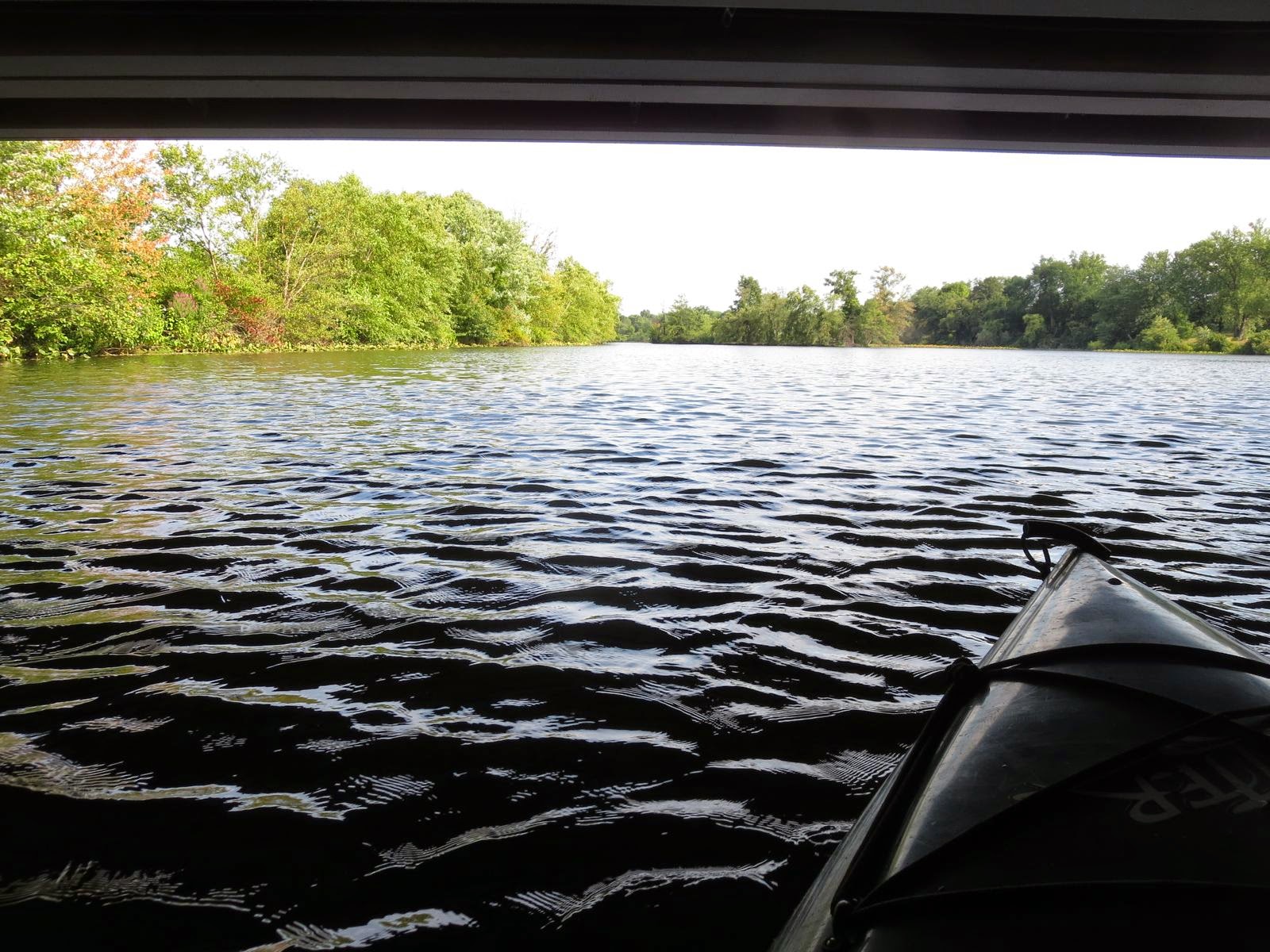 then under the newish Route 1 bridge. 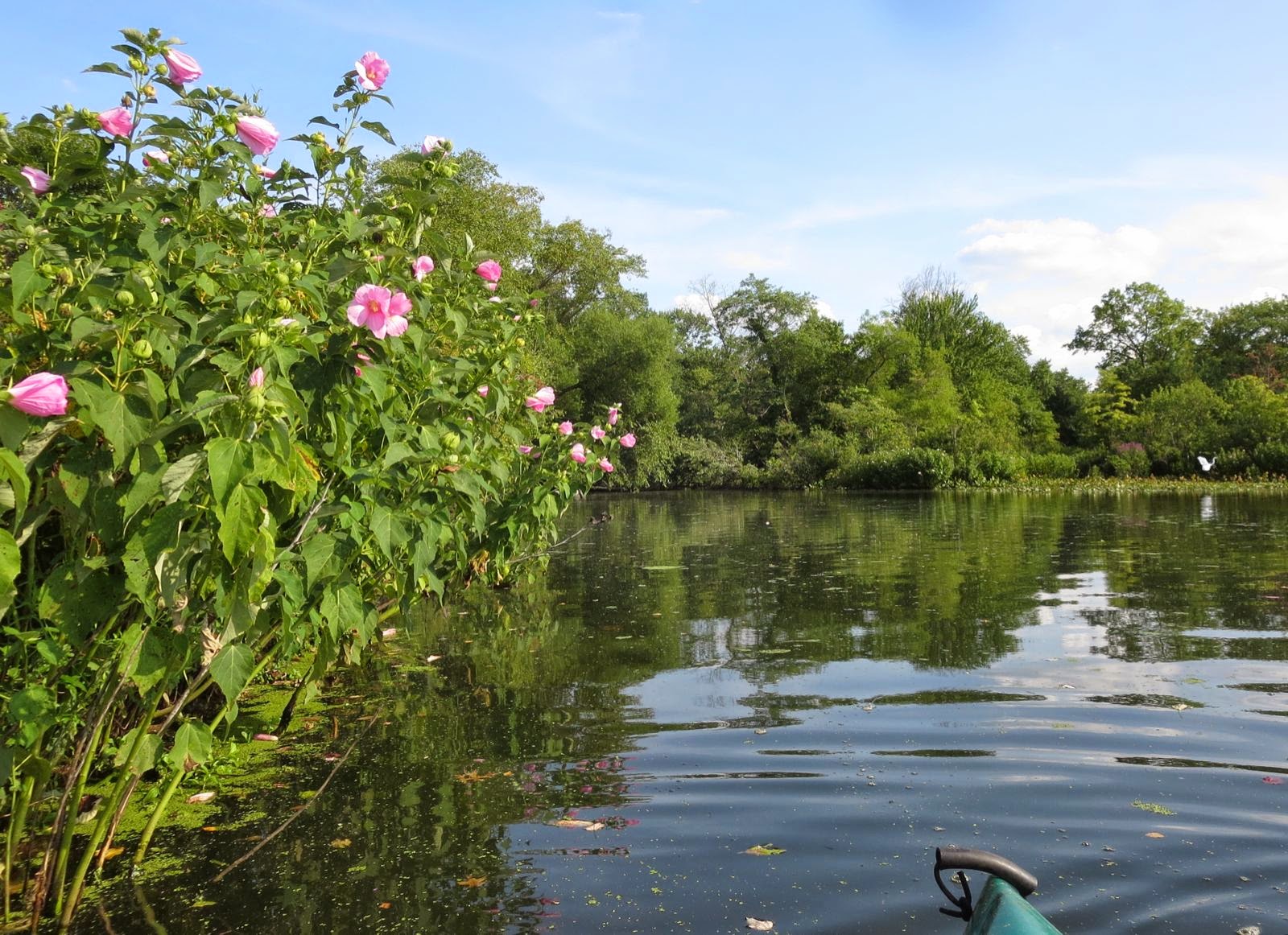 The channel begins to narrow. The slim profiles of egrets, standing still in the water, become masses of pure white as they spread their wings to fly off. The native rose mallow hibiscus lines the banks in full bloom. 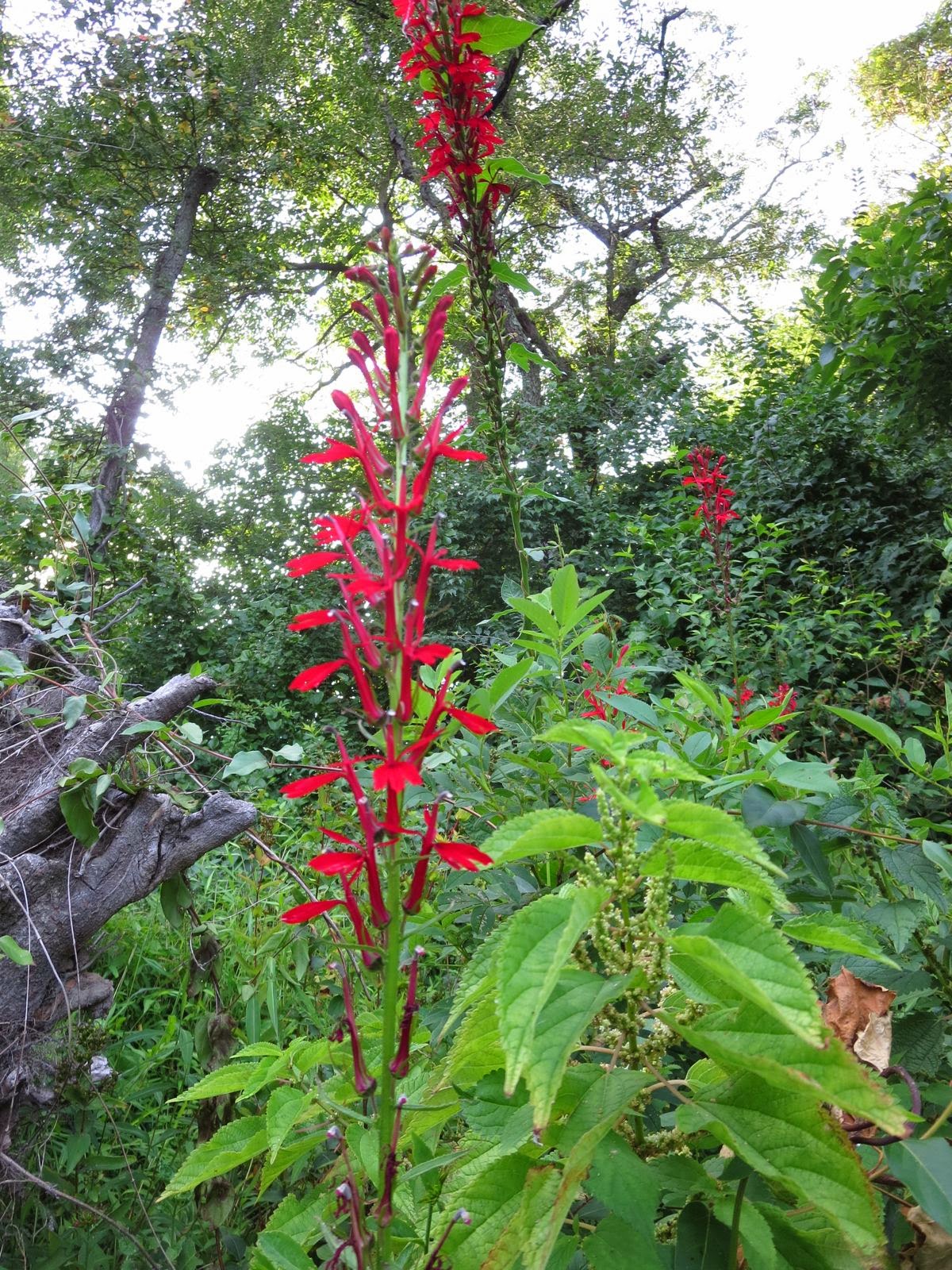 Along the banks and extending deep into the shadows are cardinal flowers, thriving in this year's rains. 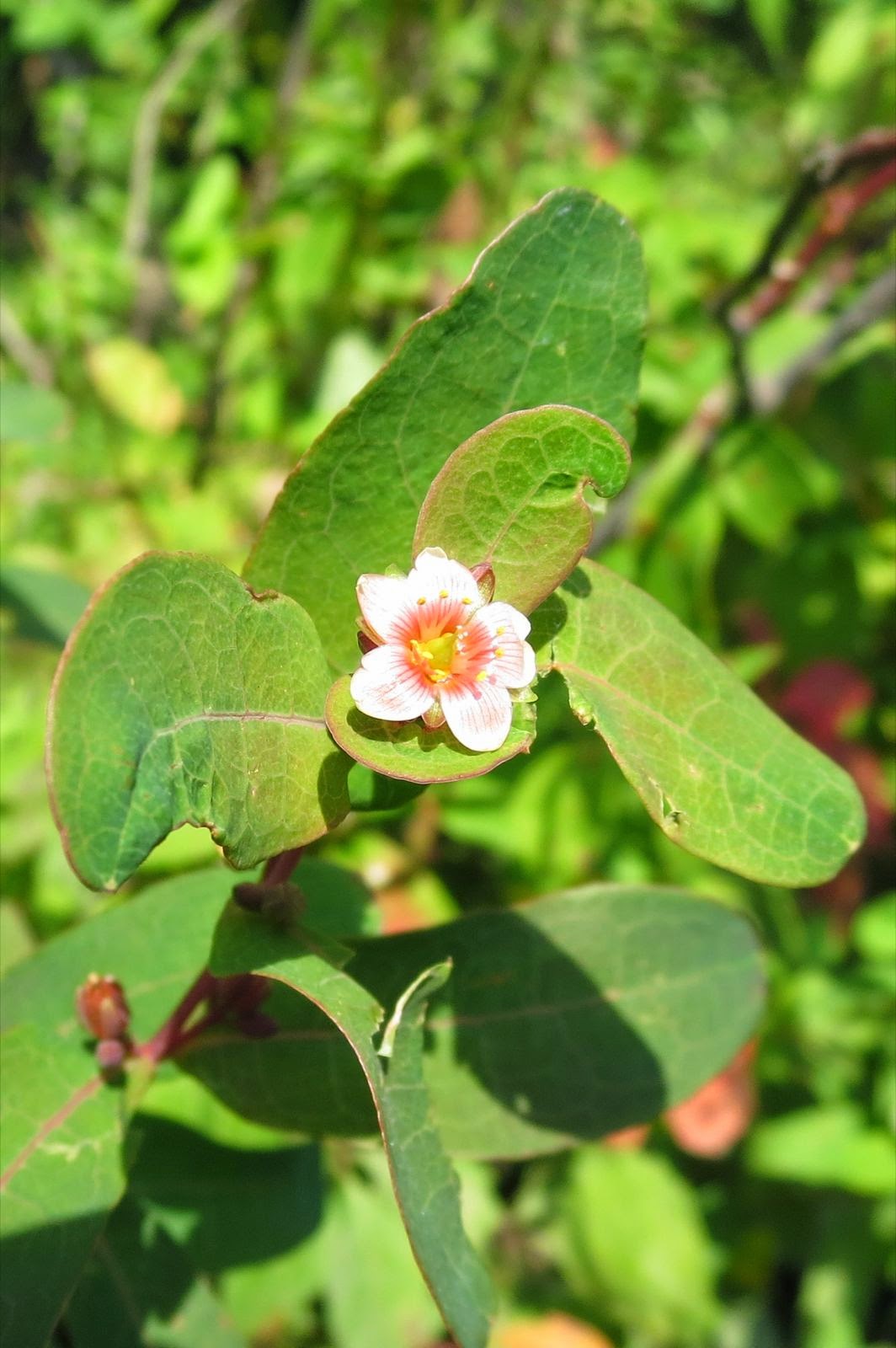 Always on the lookout for something new, I found a marsh St. Johnswort (Triadenum virginicum), blooming on the bank. 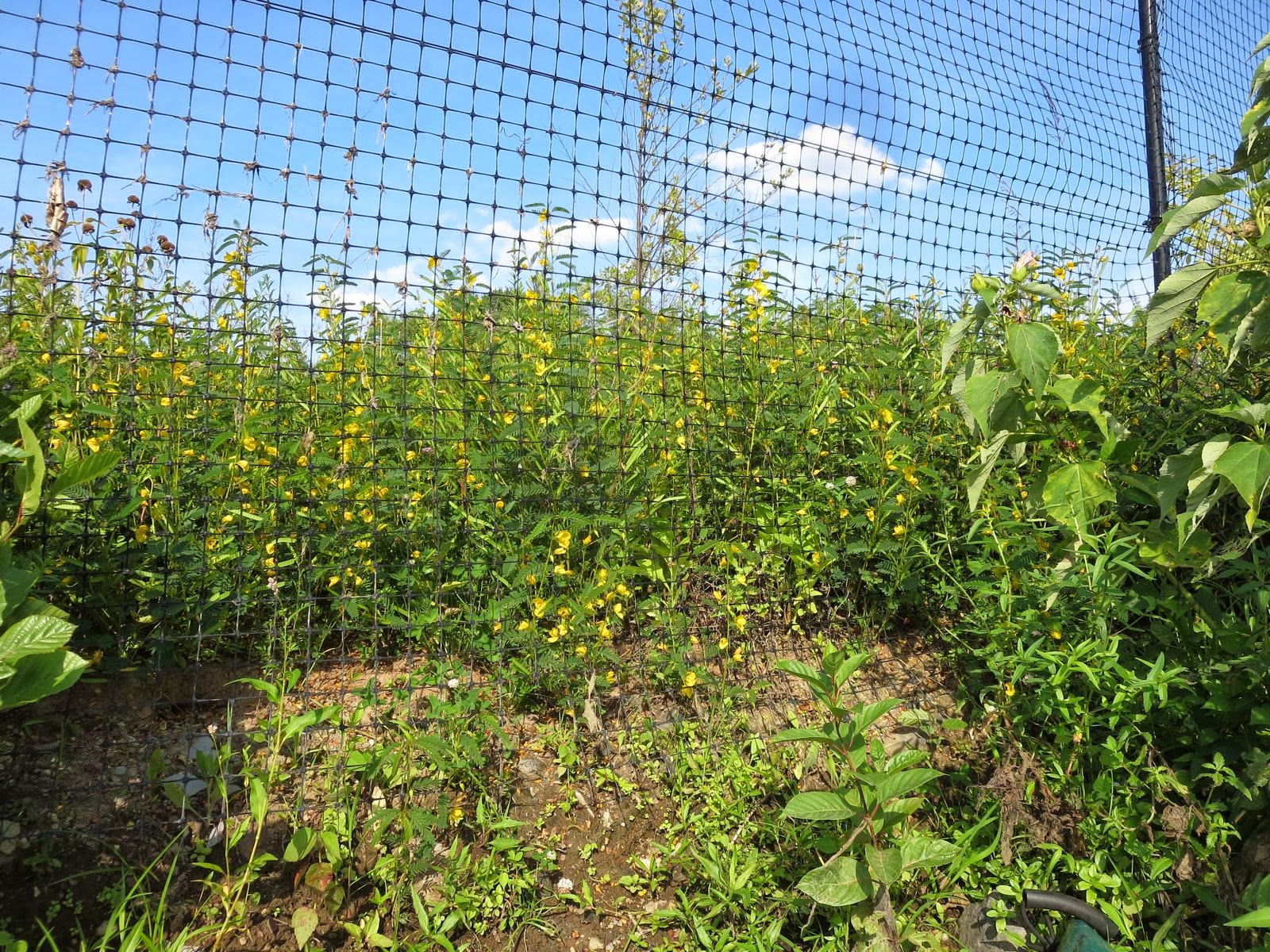 This, too, was a welcome sight: partridge pea, apparently planted in a restoration site on the east bank. It used to have an easier latin name until someone changed it to Chamaecrista fasciculata. It's closely related to the sensitive pea (smaller) and wild senna (larger), both of which can also be found growing wild in Princeton, particularly along the canal. 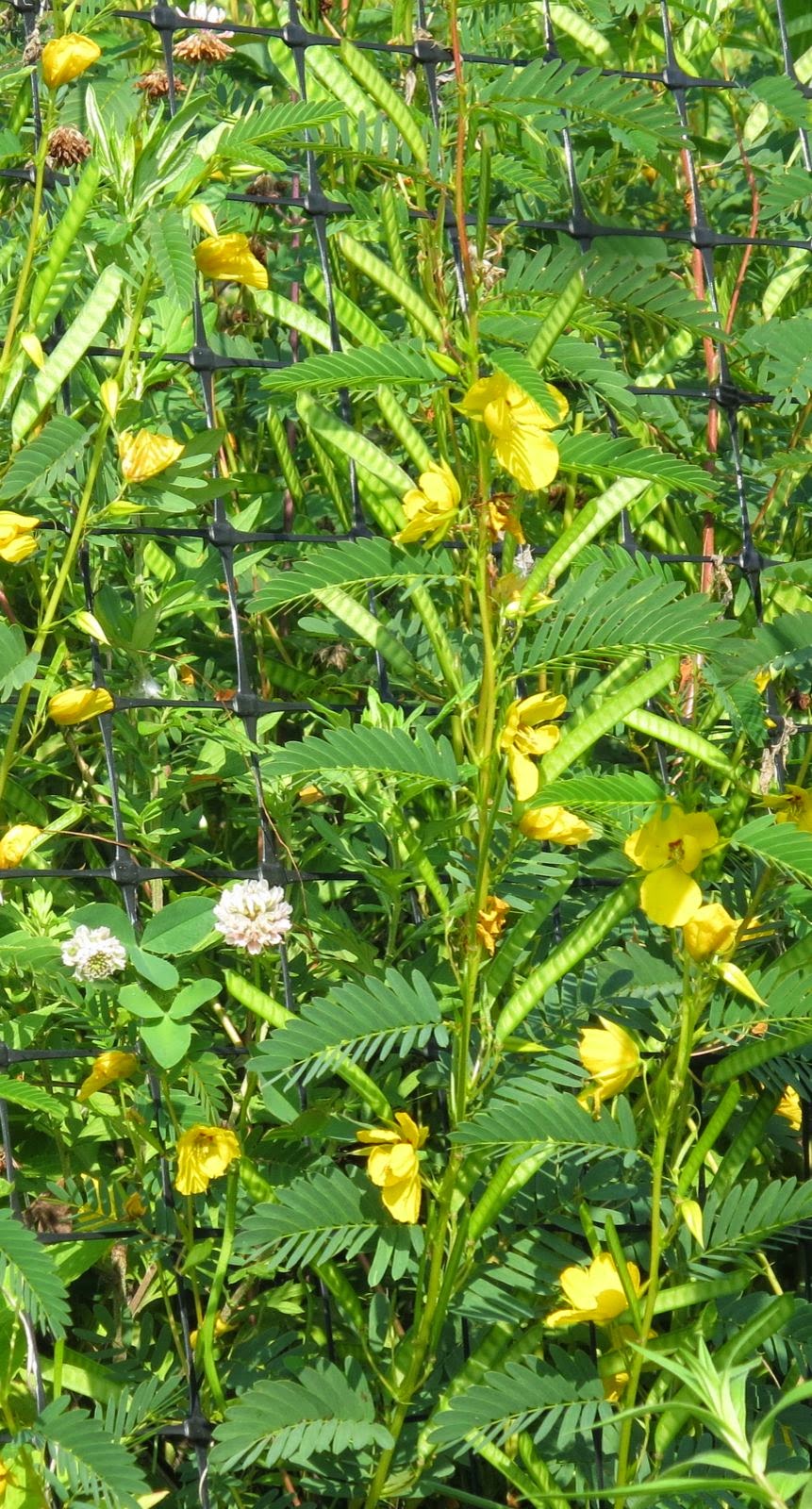 One battle I fought for awhile was to get departments of transportation and other governmental entities to stop using the highly invasive Sericea lespedeza for erosion control and start using less obnoxious plants like partridge pea. Sericea lespedeza, also called Chinese bushclover or Lespedeza cuneata, is now taking over the gas pipeline right of way in Princeton, and is a big problem in tallgrass prairies in Kansas and elsewhere.

More successful was the battle fought by Basha and others against the Millstone Bypass, a road that would have been routed close to the Millstone marsh. She's keeping her files, knowing that bad ideas never die. 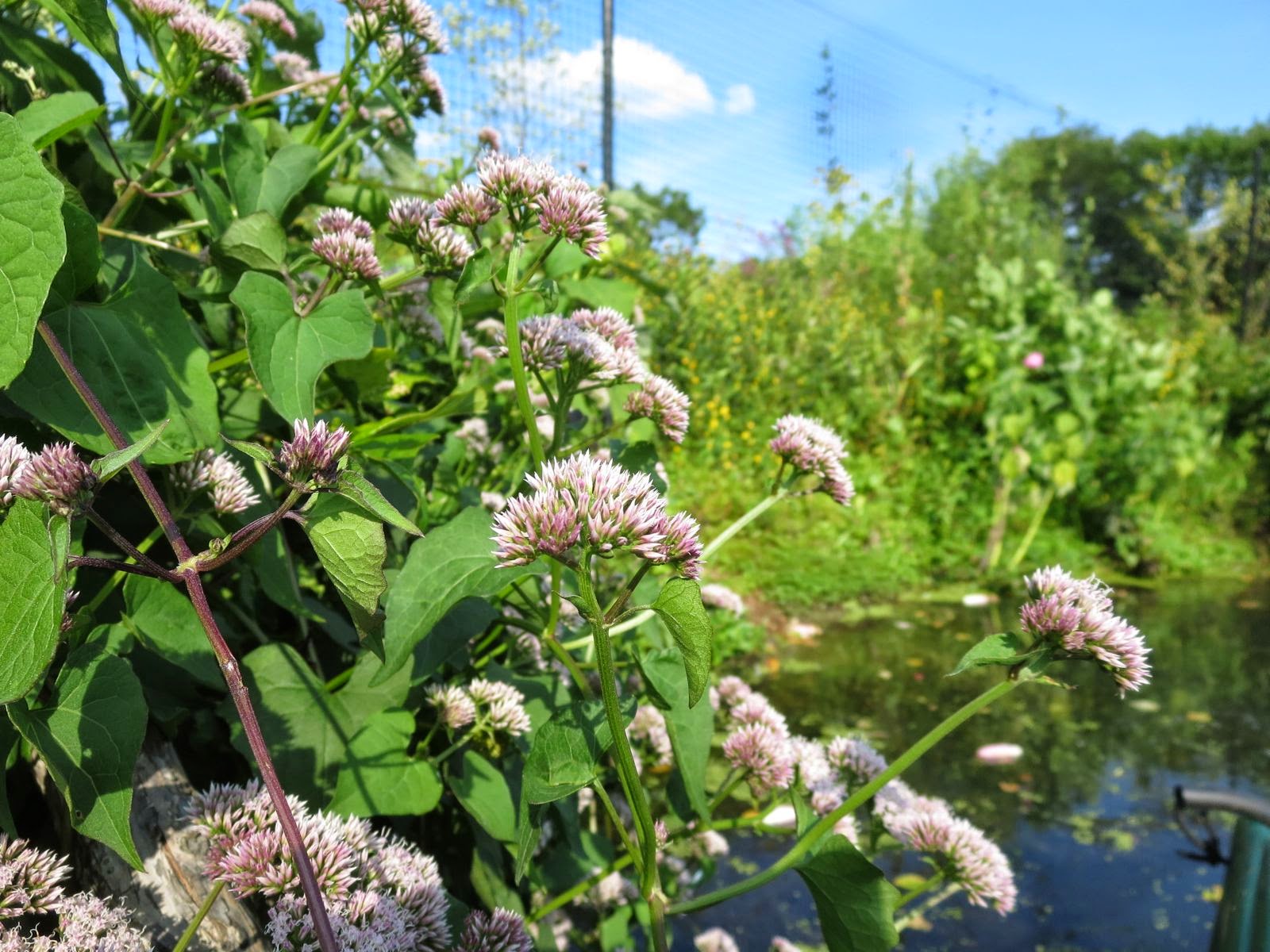 Another wildflower common in the marsh and along the canal is climbing hempvine. No relation to hemp. 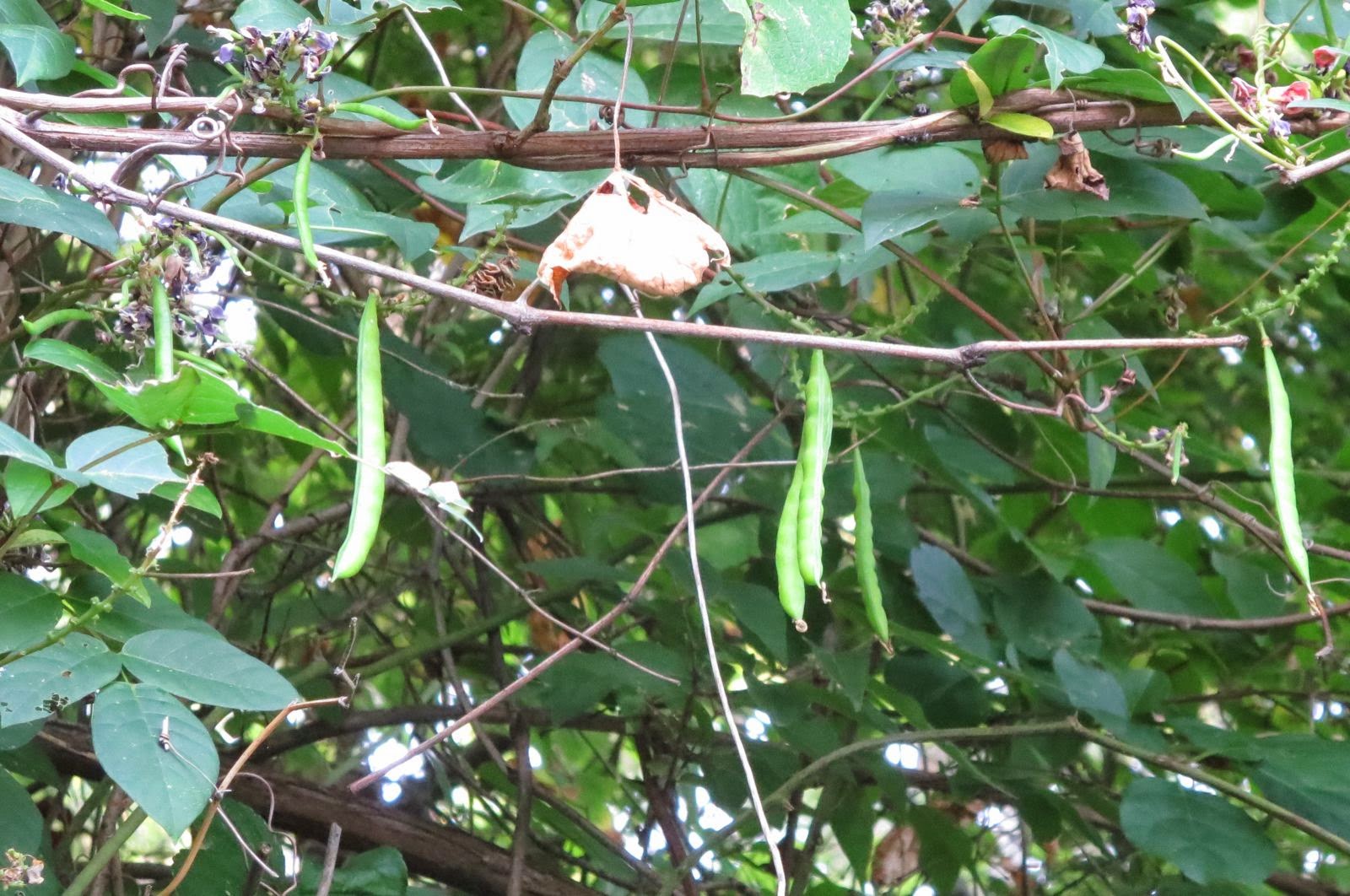 One remarkable sight was wild string beans, produced by the native groundnut. In my garden, it has begun to take over since a tree was taken down and the extra sun fueled this vine's ambitions. Groundnut tends to produce lots of flowers but no beans, as if the flowers were a front organization distracting attention from the underground spread of its tubers. In the wild, it needs that aggressiveness to compete with the other aggressive species along the shores. The tubers, by the way, are said to be edible, and some efforts have been made to breed this plant for commercial food production. 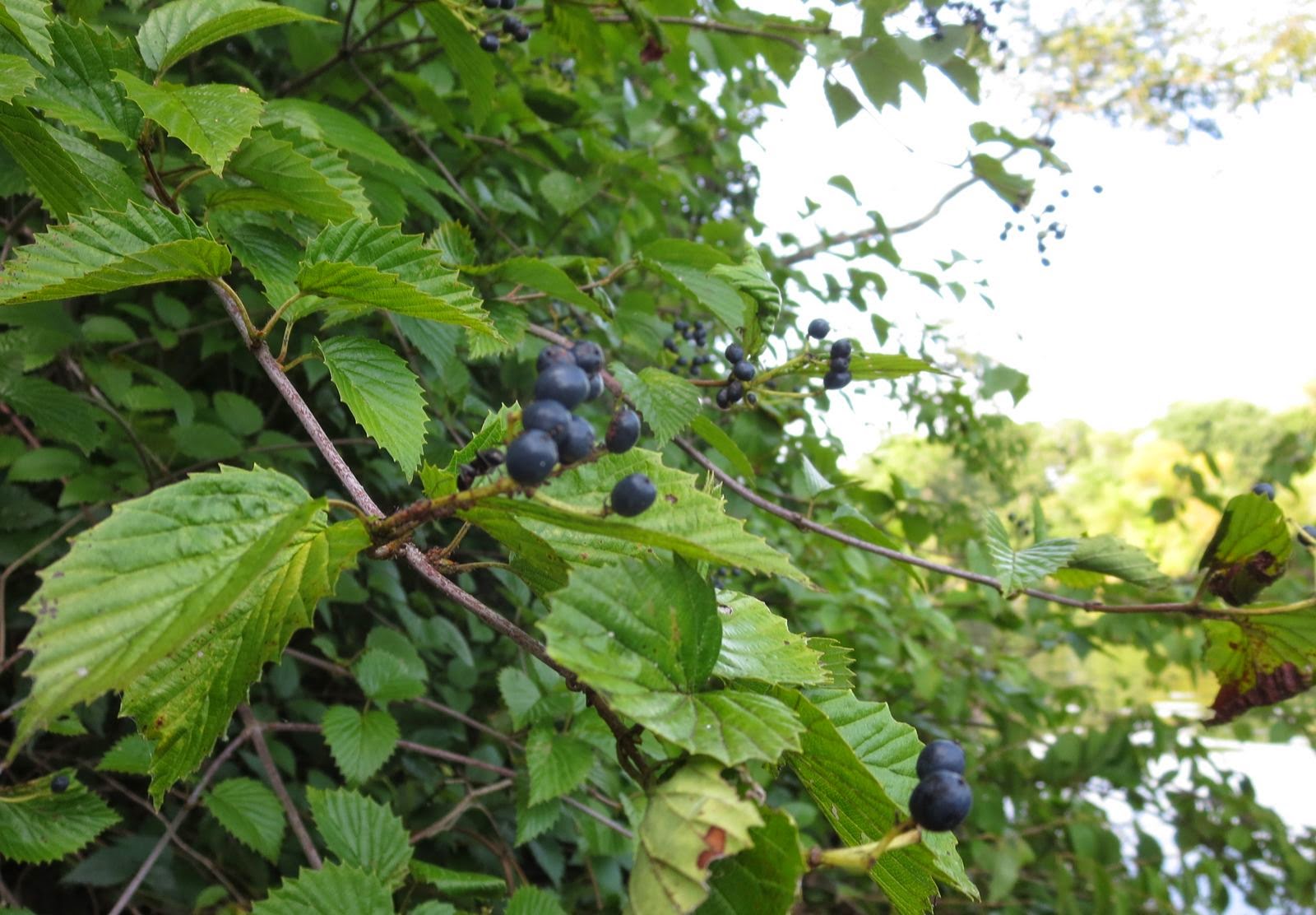 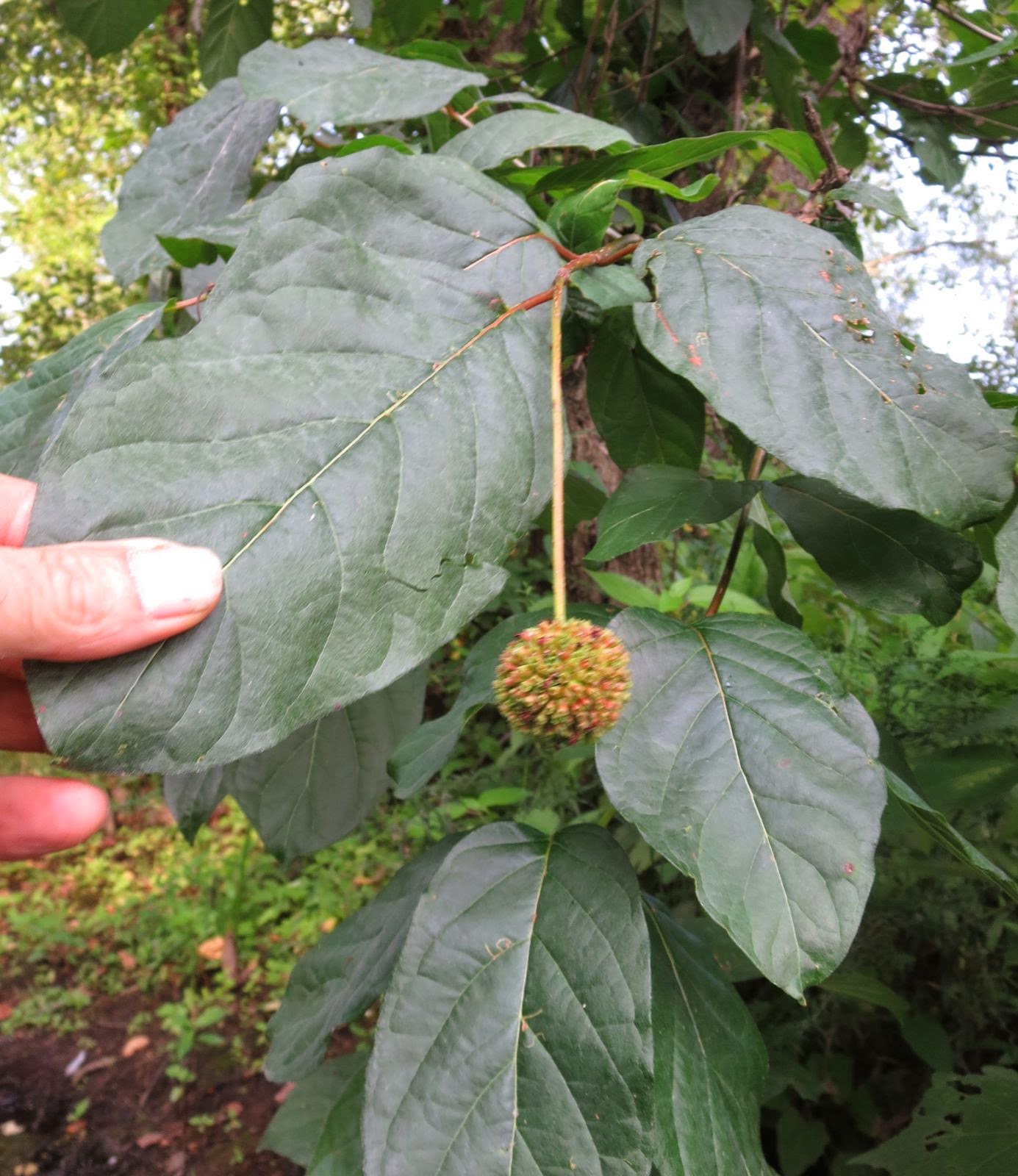 Nearly all the buttonbushes had finished with their golfball sized blooms. Some had improbably oversized leaves. Buttonbush grows well in standing water along the shore, but can also prosper in wet ground in the backyard. In fact, many of the native plants flourishing in the marsh also do well in constructed raingardens in town.

Once you're up in the narrower portion of the marsh, it's best to keep right. Basha showed where heading to the left leads to a deadend. There's a low fallen tree you'll need to duck under at one point. 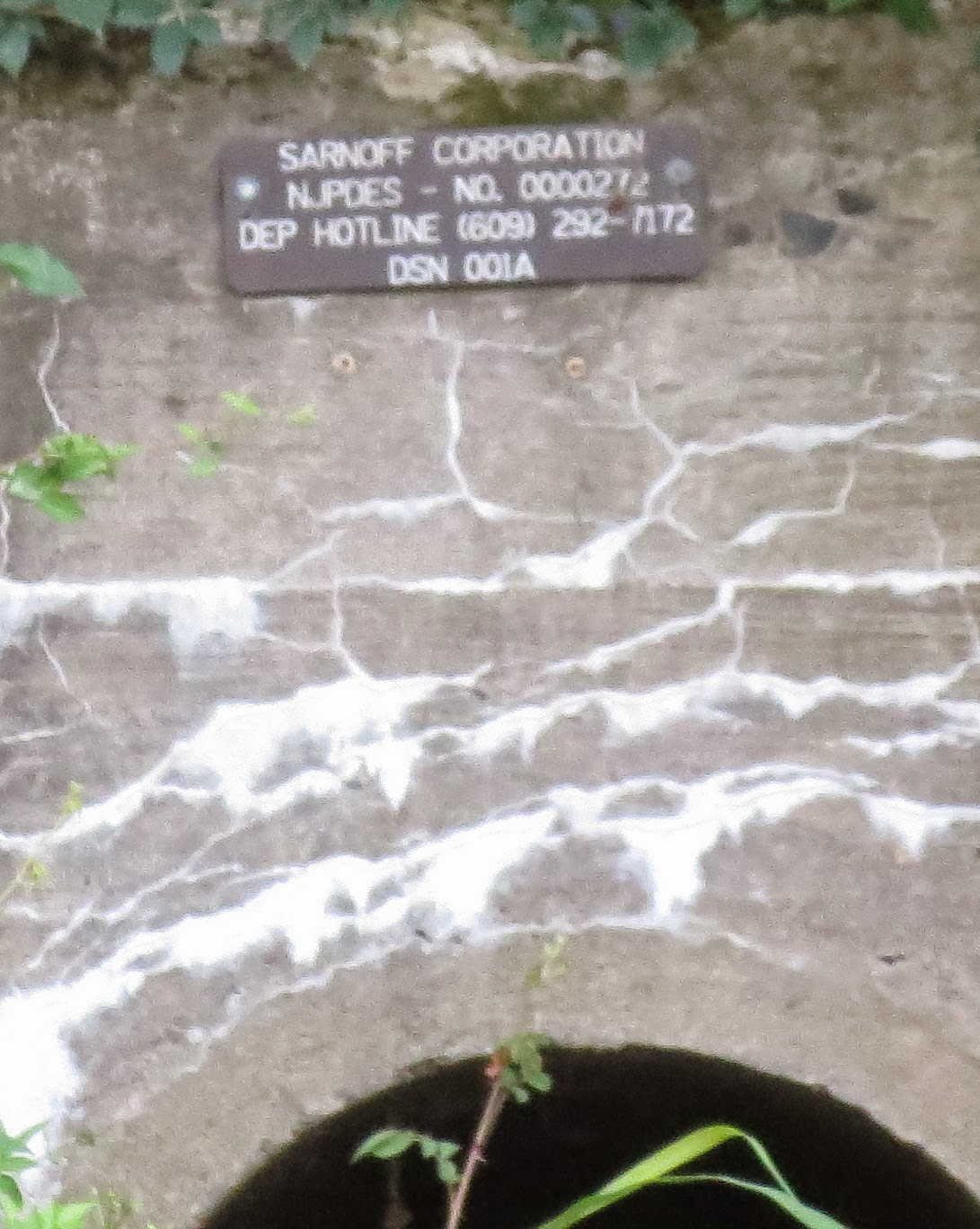 Mysterious but cleanish looking fluids spill from a pipe with Sarnoff's name and phone number printed above. Just out from this outfall, the surface of the stream is broken by periodic upwellings of water from down below. A faint smell of treated sewage can be detected.

Paddling further up would lead eventually to the overpass for the NJ Transit train, but even a brief visit to the lower end of the marsh has a wild feel to it. Among other sightings were great blue herons, a weasel, turtles, ironweed, and some less charismatic native plants like tearthumb. Beavers like the area, and have been known to slap their tails on the water to warn anyone getting too close. 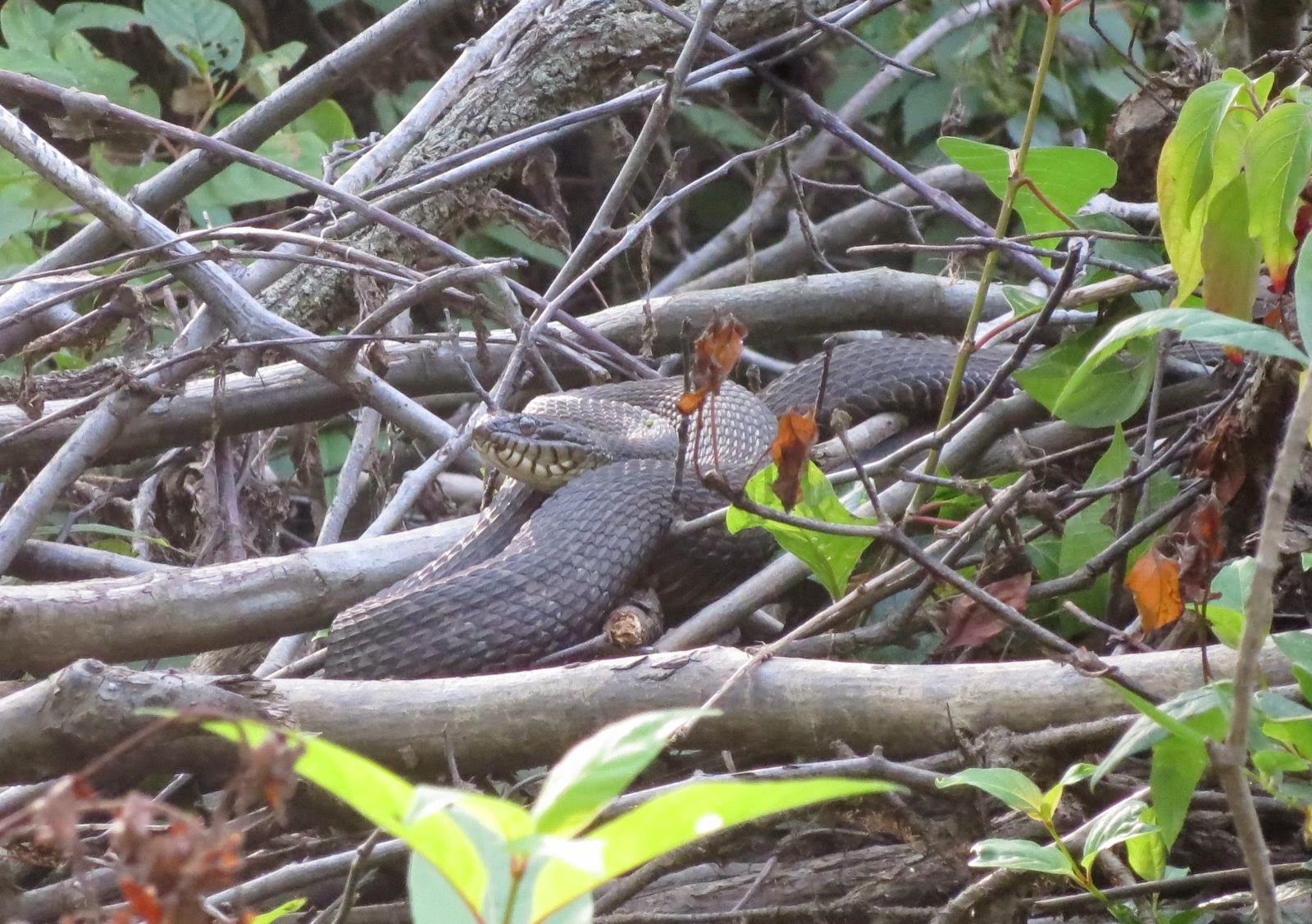 Even a pile of branches rewards, or warrants, closer inspection. 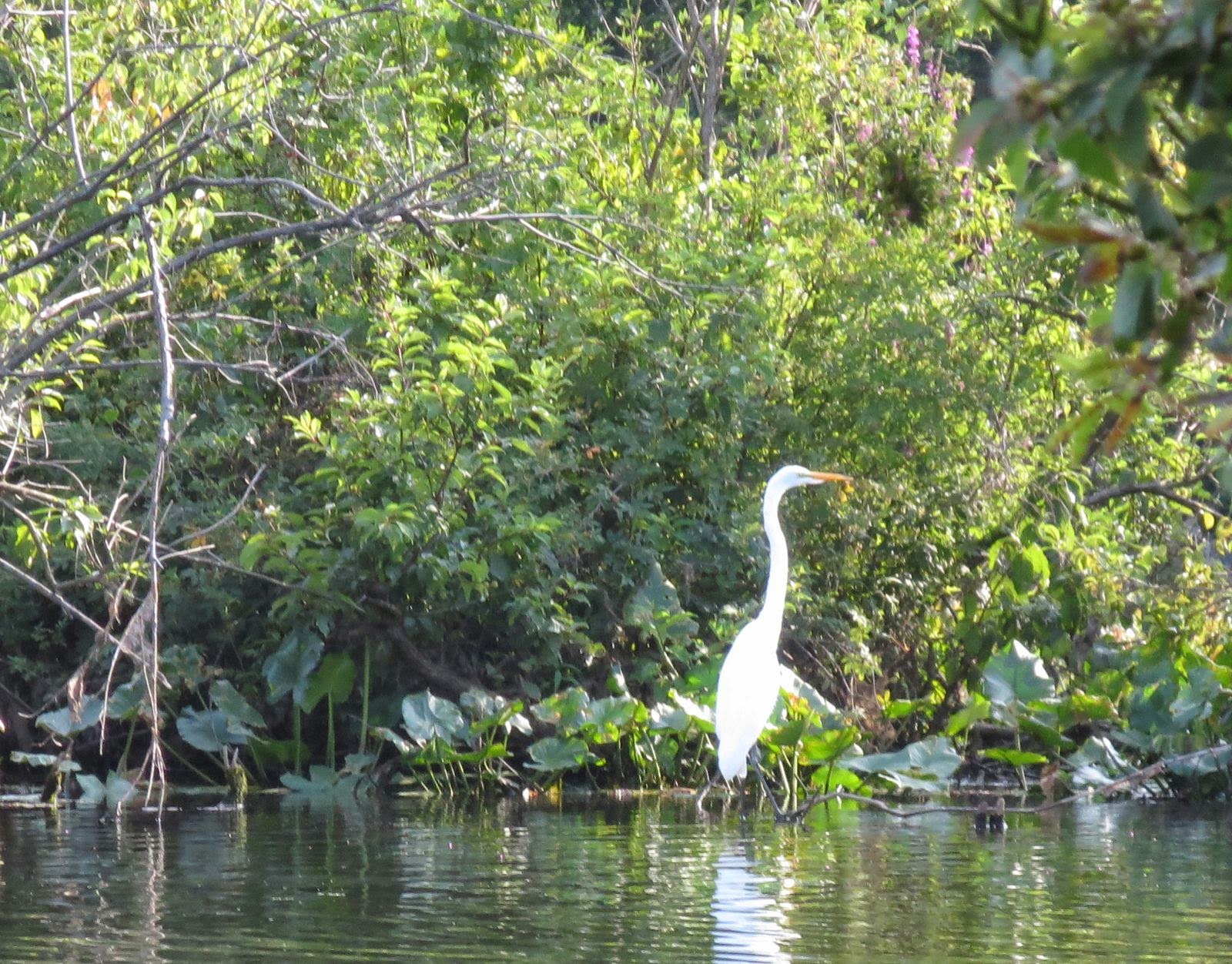 On the way out, we again passed the resident egrets. A bald eagle flew overhead on its way down Carnegie Lake. Though we could have lingered longer and continued upstream, the whole trip took less than two hours. What a treat to have such habitat so easily accessed just outside of town, and thanks to Basha for the tour.