An Inchworm That Wears Camouflage 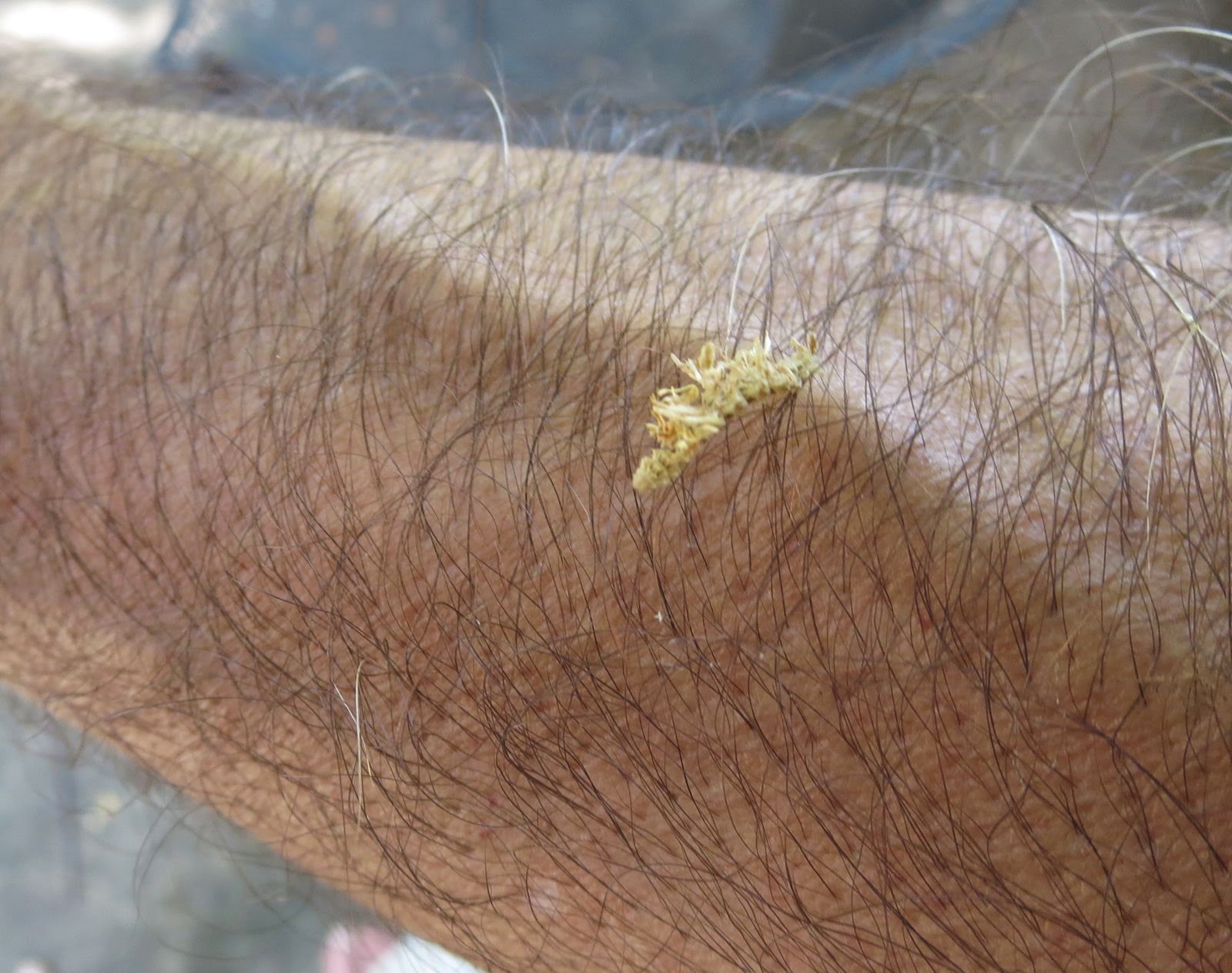 After a visit to the Community Park Elementary's native garden with some YMCA summer camp kids a couple weeks ago, I sat down to lunch and noticed what looked like a flake of sawdust on my arm. I was about to brush it off when it seemed to move. 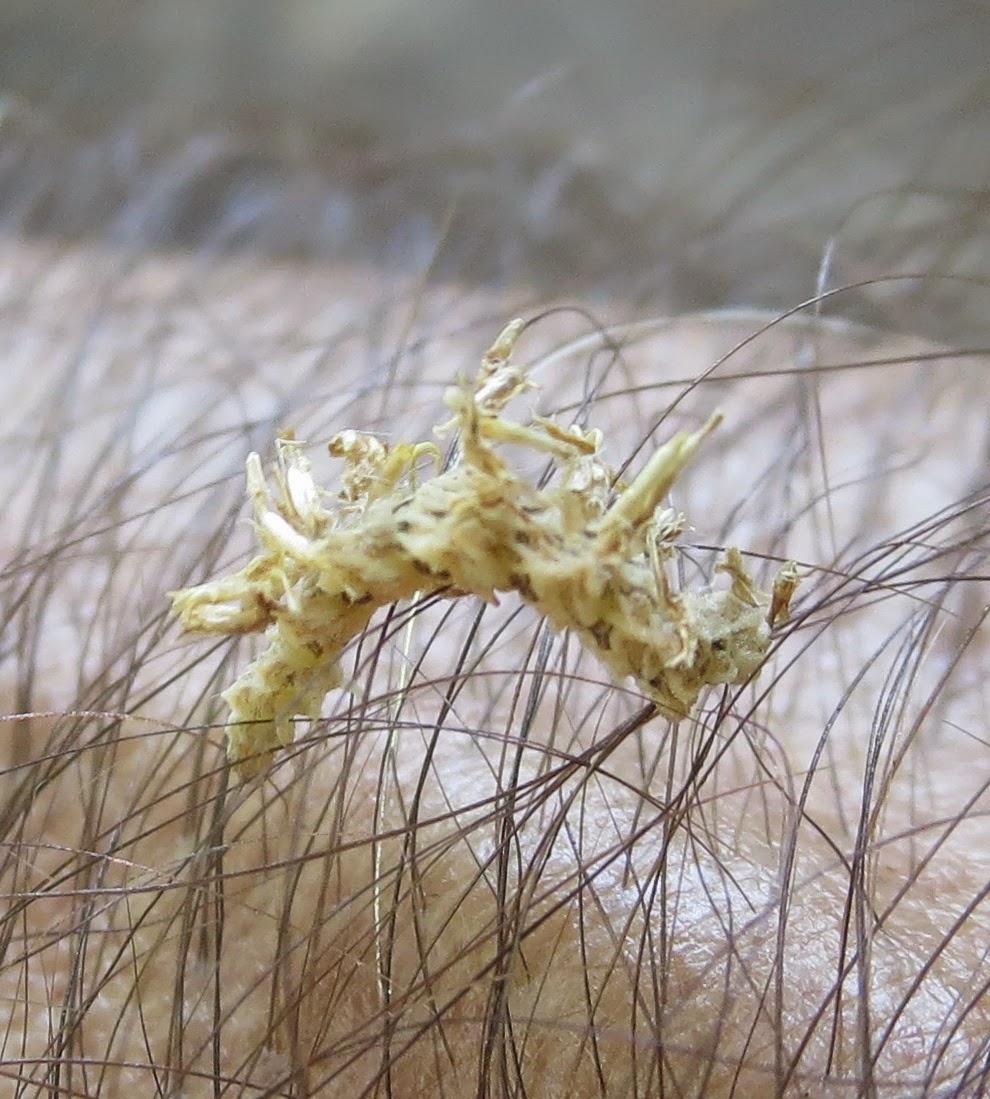 Even after a closer look, it still appeared to be a small woodchip that just happened to be able to move on its own volition. A little research showed it to be a camouflaged looper--a kind of inchworm that glues bits of camouflage on its back.

Below is a video that shows it in action. 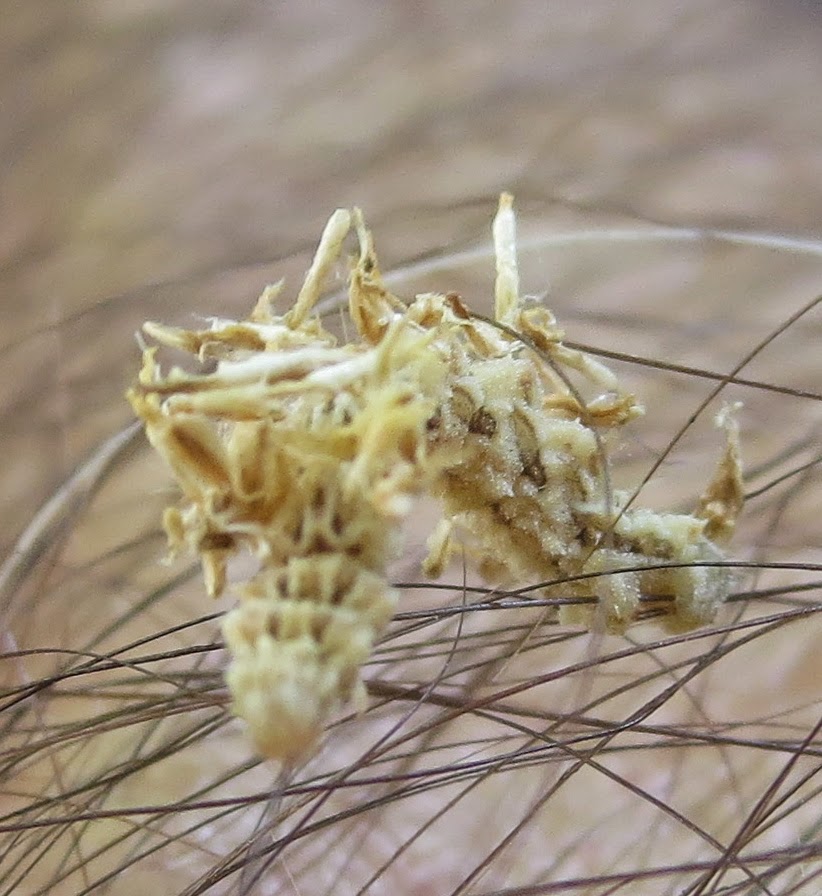 The camouflaged looper is one of the few invertebrates that creates its own disguise, and can reportedly change the disguise to match whatever vegetation it's on at any given time.

Here's one of the many other posts that can be found about the insect on the internet. The inchworm turns into a Wavy Lined Emerald moth.