Carnegie Ice Before the Snow 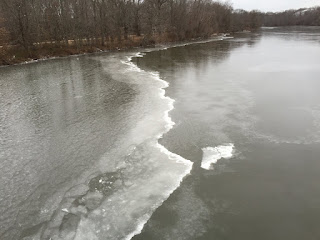 Though there are cross-over recreationists who love both skating and skiing, you know you're in the skating camp if an approaching snowstorm brings wistful thoughts of all that gorgeous Carnegie Lake ice about to get covered up.

It wasn't thick enough to skate on, but most of the lake was covered with a glistening smooth initial layer. The winter's brief history, about to be buried under two feet of snow, could be read in the rough ice that got blown into a southeast corner, on the left in the photo. 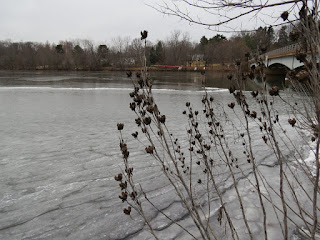 It told stories of how frozen waves formed, seeming to lap at the hibiscus-lined shore, like a Seward Johnson sculpture, 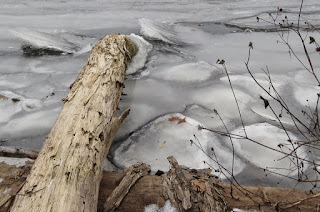 and of water's restless shifting from solid to liquid and back again, that gathered these chunks together for one in winter's long progression of still-lifes. 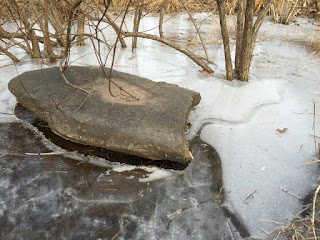 Our backyard minipond caught some runoff to make a miniature version of Carnegie Lake, with similar patterns of dark and light ice. 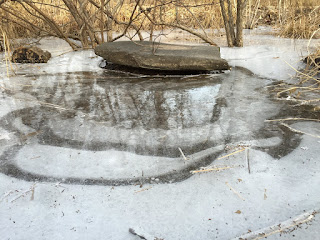 Nice to have H2O as the artist-in-residence in the backyard, with a new snow exhibit about to open, up and down the east coast.