Changing of the Guard in the Backyard

There's a changing of the guard in the garden, that is, the guardians of nectar. Flowers of July--Culver's Root, beebalm and tall meadowrue--are yielding to some of the flowers of August--rose mallow hibiscus, 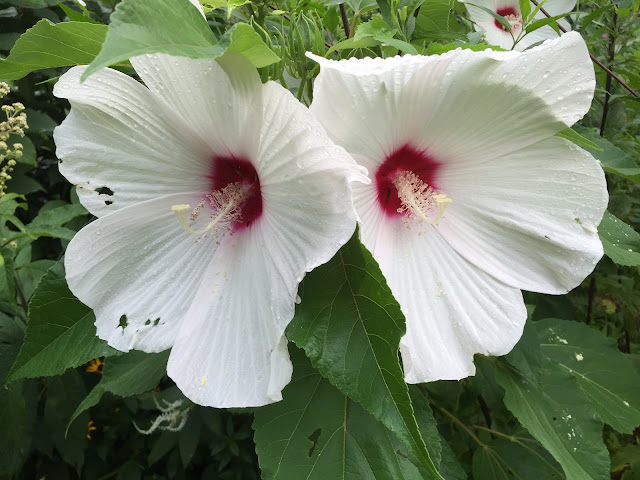 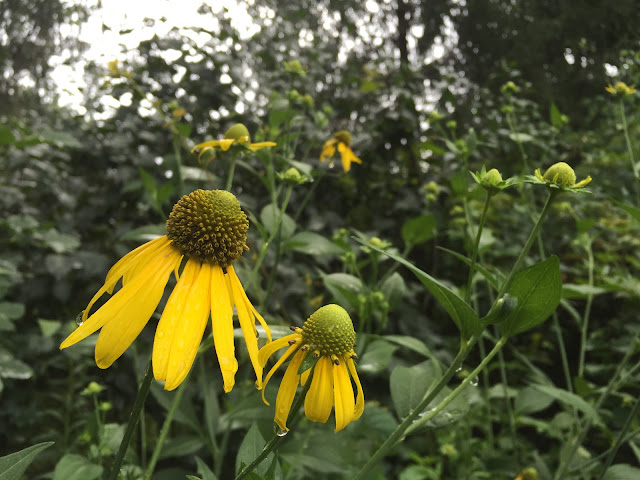 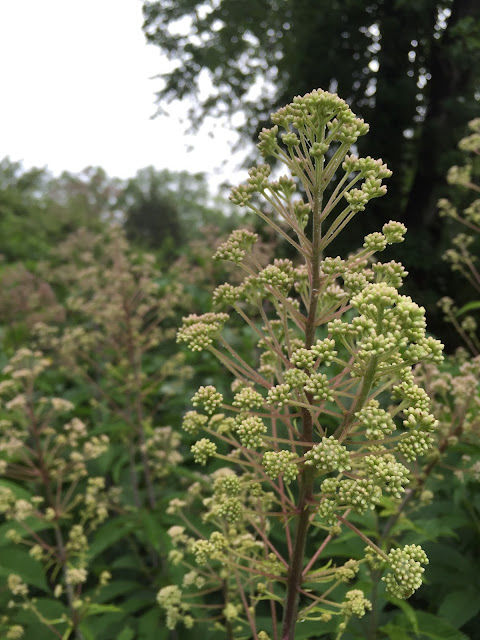 Meanwhile, a young American elm, so appealing in its shape and ambitions, has designs on the sunlight the flowers have had up to now. This is a guardian of a different sort, a guardian of shade, which means there's a decision to be made, sooner or later, between one and the other, by the guardian of balance. 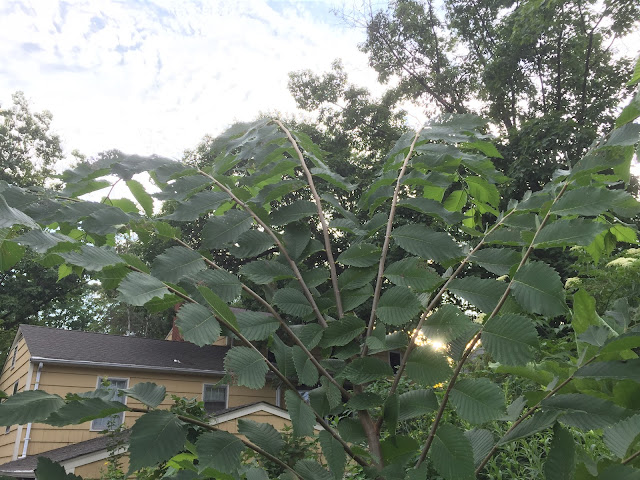