When a Leaf Is Not a Leaf, and a Grass Is Not a Grass

The kids were having a gas, literally and figuratively, up at Hilltop Park last week when I went to lead a nature walk for Stone Hill Church's annual summercamp. Our Friends of Herrontown Woods nonprofit has been partnering now and then with Stone Hill Church, which borders Herrontown Woods up on Bunn Drive. Not easy to compete with bubbles on a summer's day, but even in a park that's mostly turf and trees, there's always some aspect of nature to point out. One of the counselors noticed large dragonflies cruising above the lawn, probably munching on tiny insects as the campers paused to eat their own snacks. I showed the campers how to identify a white pine (needles in clusters of five, just like the number of letters clustered in "white"), and how to tell that what looked like seven leaves on an ash tree was really only one compound leaf made up of seven leaflets. Tricky stuff. 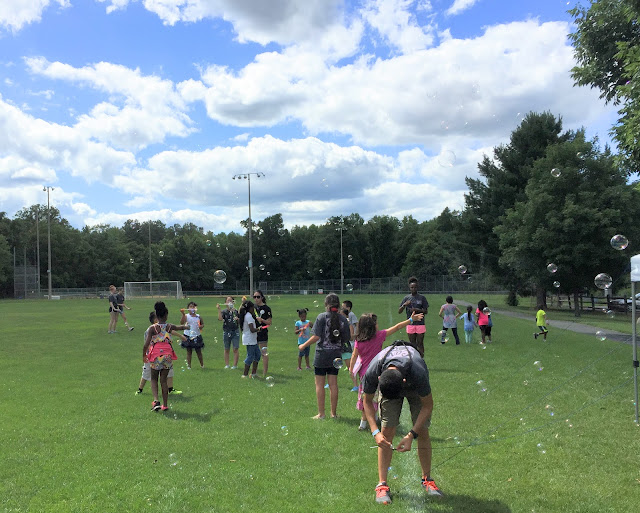 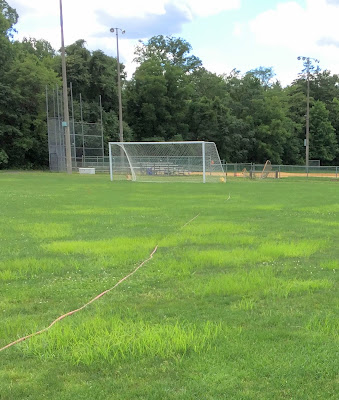 A closer look at the ballfield revealed that what looked like grass wasn't necessarily grass. If you see light-green splotches in lawn this time of year, chances are you're looking at nutsedge, which looks grass-like but is actually a sedge. And how do you tell a sedge from a grass?

Pull one up, look at the stem and you'll see it's triangular. Roll the stem between your fingers and you'll see and feel that "sedges have edges"--the three edges of a triangle. Most sedges are native perennials typically found growing in wet ground, but the nutsedge is a nonnative that spreads quickly through gardens. Chances are, the kids could go home and find nutsedge invading their parents' garden. (see last photo in this post) 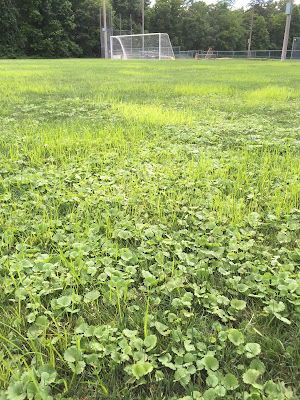 Another weedy plant flourishing in the ballfield was a round-leaved creeper named ground ivy or gill-over-the-ground. 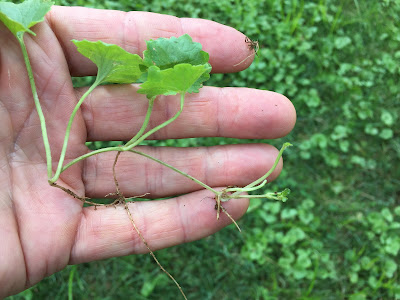 Here's how it spreads, by sending out shoots above ground that make new plants. This weed too is common in gardens. If you want to prevent it from coating the ground, it's easier if you pull out the new extensions before their roots get too established. One could say its presence in the field is good news, in that it indicates that broadleaf herbicides aren't being sprayed on the grass. 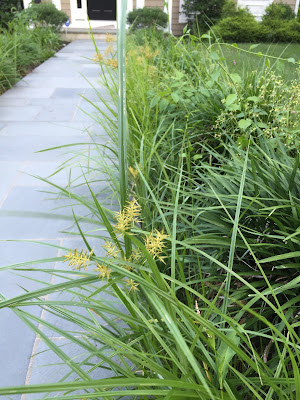 Here's the typical look of nutsedge spreading through a garden. It lifts pretty yellowish seedheads to the sky while sabotaging the intended neat formality of a row of Liriope. 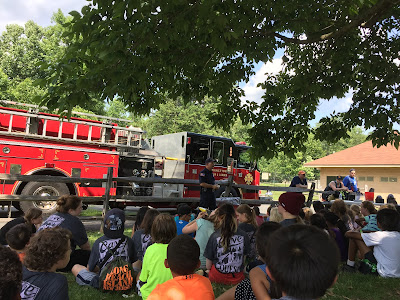 Later on, the campers got to appreciate nature in another way, sitting in the comforting shade of an ash tree while listening to a fireman talk about safety in the home.
Posted by Steve Hiltner at Thursday, July 21, 2016