A Spider Seeks To Catch the Sun 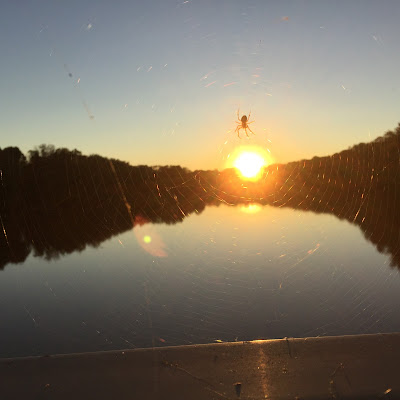 One evening, when the sun was dipping low, an ambitious spider thought to itself, "What if my web could catch the sun, and I could live upon its energy for all my days? 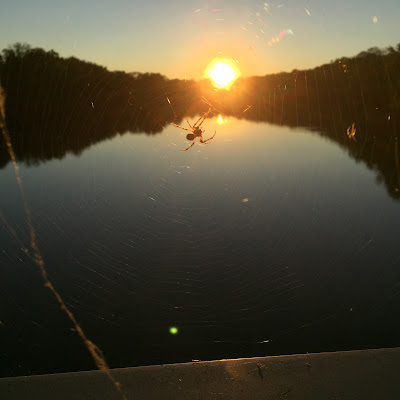 It tried from top and tried from bottom, but the slippery sun slipped, slipped, down and away. 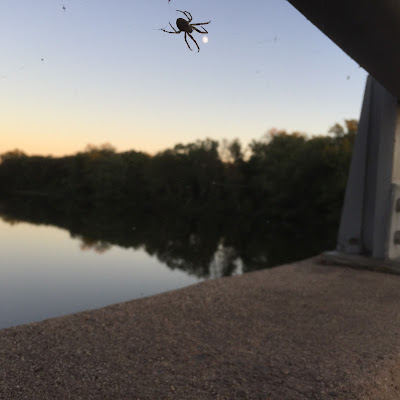 Another spider, across the windswept bridge, saw the moon and thought, "What if I could catch the moon in my web, and feast upon its dreams? What a beautiful life it would be." 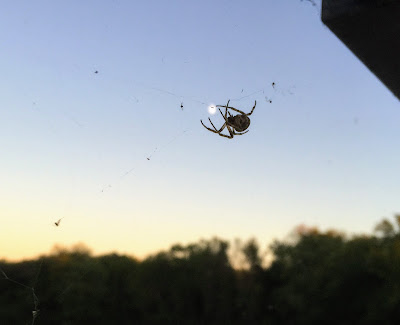 It tried from top and tried from bottom, and thought for a moment to have captured a lifetime of wondrous moonlight. But the moon climbed higher, higher and away. 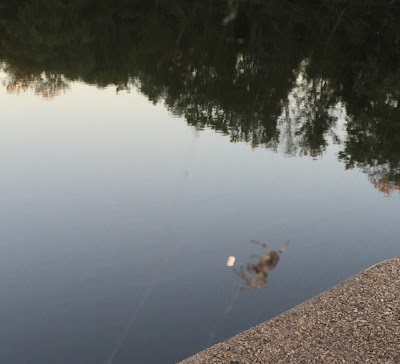 Even the moon's reflection stayed stuck upon the glassy water. 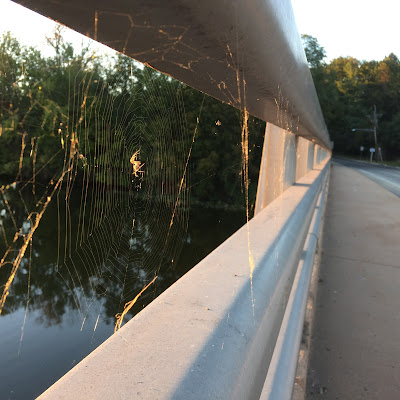 Then another spider, having to cast its net like an airborne fisherman, looking down as the lake looked back, said to all the others, "Let us leave the sun and moon to their risings and fallings, and catch instead the bugs, who catch their energy from the plants, who catch the sunlight from the sun, and we shall feast upon the sun's energy for all our days."

And so it came to be, that the spiders lived in their village stretched across the water, catching bugs and summer sunsets, and moonlit dreams, while cars sped by, seeing nothing. 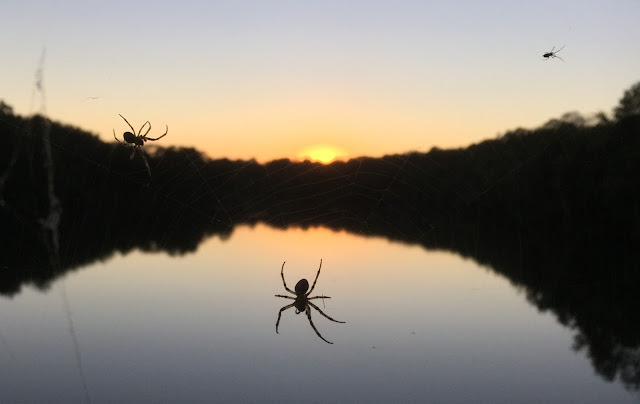 Afterthought: I didn't think about it at the time, but photographing the sun, even when close to the horizon, may not be the best idea. Even if I was only looking at the sun's image in the iPhone, not the sun itself, that's some pretty intense light. Keeping my eyes flitting about, not resting the gaze, surely helped. Lots on the web about this, due to the recent eclipse. Apparently the sun isn't bad for the iPhone, especially at sunset, but I wonder about the intensity of the image on the screen, and articles especially warn against using selfie mode with the sun because of the reflection of radiation off the iPhone onto one's eyes. Fortunately, I kept the camera pointed at nature rather than self, and it seems like no damage was done.
Posted by Steve Hiltner at Sunday, October 08, 2017