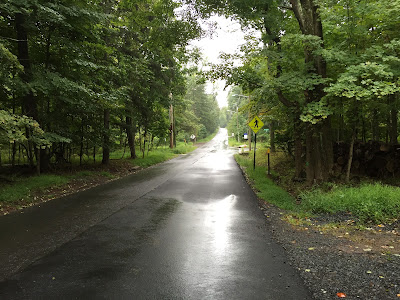 Snowden Lane has long had a sleepy, rural look on the way out to Herrontown Woods and Smoyer Park. Due to a new development and another one in the wings, that's all changing. 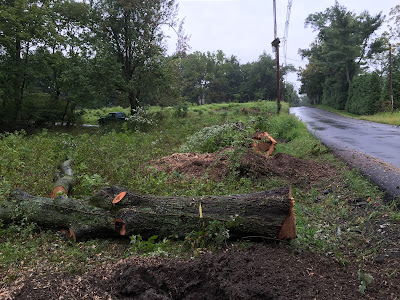 Though it's unfortunate to lose the maples that lined the road, they are making way for a bikeway along one of the more dangerous stretches, as part of a development on 14 acres across from Smoyer Park. 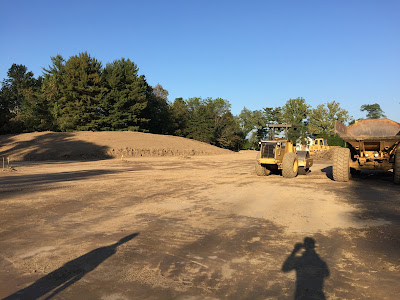 The Friends of Herrontown Woods (FOHW) has been very active over several years to minimize the impact this seven house development will have on the landscape. In return for being allowed to build an extra house, and in response to feedback from the Princeton Environmental Commission, the Shade Tree Commission, and FOHW, the developer agreed to cluster the houses so that 7.5 acres of open space would be preserved. The 7.5 acres back onto Herrontown Woods. Fortunately the developer offered to donate the land to Princeton, and the Friends of Herrontown Woods then worked hard to convince the town to accept the gift. 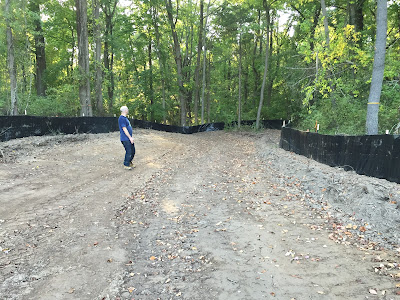 A detention basin will be built in this spot, to catch and slow down runoff from the development. At FOHW's request, the developer has agreed to plant the basin in native meadow rather than turf grass, which should have all sorts of advantages, including less mowing for the homeowners association.

A public trail will be built from the development down to connect with the trail system in Herrontown Woods. Legal protection of the land does not necessarily mean the land is safe from threats. FOHW is also working with a neighboring homeowner to combat a 2 acre clone of wisteria vine that has been killing trees in the 7.5 acre woodland. 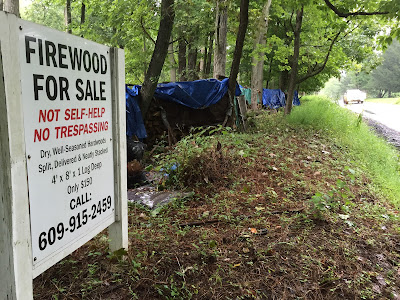 Meanwhile, just down the street, another housing development has long been in the works. FOHW contacted the developer to see if he'd be willing to cluster his houses as well, but it appears the developer is going to stick with a standard plan approved years back.