Hicans and Other Useful Trees at Princeton Battlefield 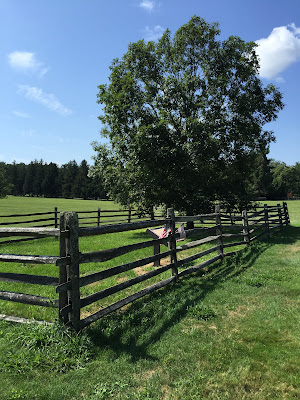 When people think of trees at the Battlefield, the first and perhaps only tree that comes to mind is the Mercer Oak, which these days is Mercer Oak II, an offspring of the original, donated by Louise Morse, a remarkable woman who spent much of her long life advocating for good causes. She was wife of Marston Morse, one of the first generation of mathematics faculty at the Institute for Advanced Study.

The Mercer Oak plays an ambassadorial role for the Battlefield, a star, positioned near the road while other less heralded trees serve more prosaic functions further back. 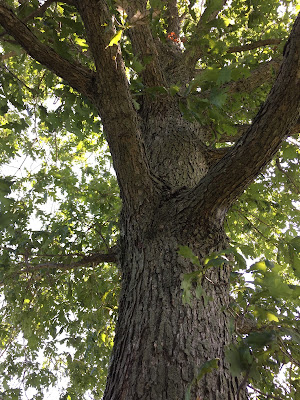 The young oak, a teenager or perhaps a young adult at this point, is flourishing after donating much of its foliage to the insect world two years ago. 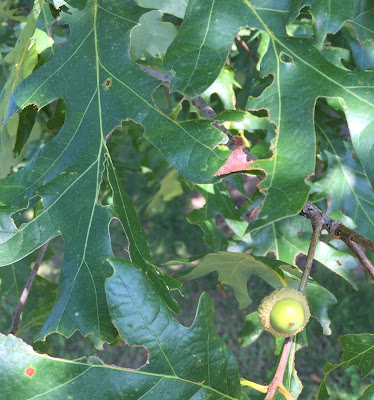 It's appropriate that the oak came from Mrs. Morse, because she herself was extraordinarily long lived, reaching 105, and, like an oak that gives of its foliage to 100s of species of insects, gave generously of her time to such causes as Stuart School and civil rights. 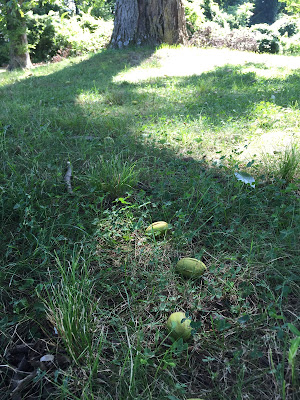 Closer to the house are less known but more edible trees. Beneath this one is a bumper crop of pecans, but the tree is not fully a pecan tree. 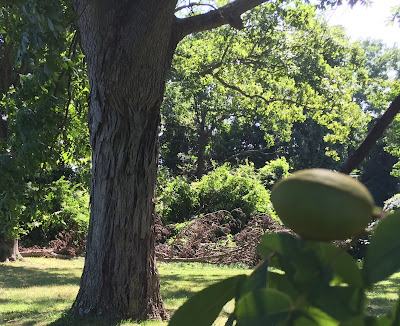 It is, instead, a hican. Like a mythical beast whose body doesn't match the head, it has the base of a hickory and the top of a pecan. You can see the change in bark from rough to smooth about six feet up on the trunk. 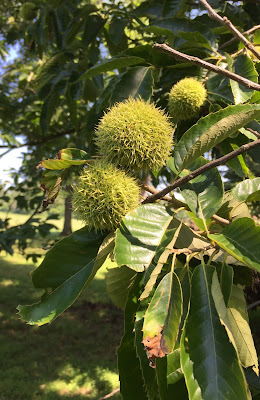 Chinese chestnuts, too, are having a banner year. 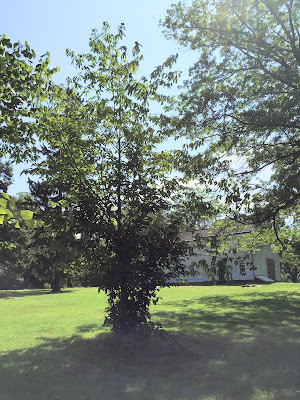 In front of the house, a native chestnut we planted (15/16th American), is hanging in there, though its trunk is nearly girdled by the blight. 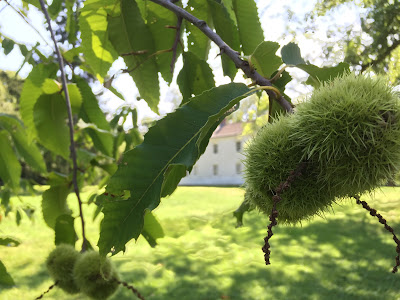 It, too, is laden with chestnuts. Another native chestnut on the other side of Mercer Street had looked to be flourishing, but succumbed suddenly this year. The disease does not kill the root, however, so multiple sprouts rise from the base, to be browsed on by deer. 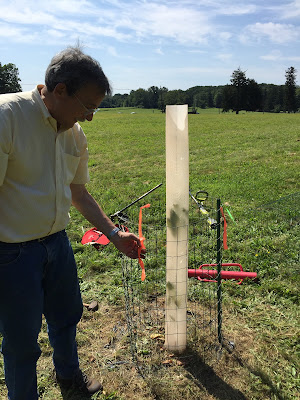 Undeterred, Bill Sachs and I added protection to some more recently planted native chestnuts that were getting beat up by the mowers. Such a perilous world these trees enter into. 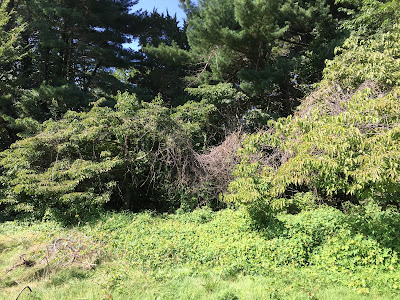 Along the field edge, the bicentennial dogwoods planted in 1976 are benefitting from the work volunteers did this spring to keep the porcelainberry vines off of them. 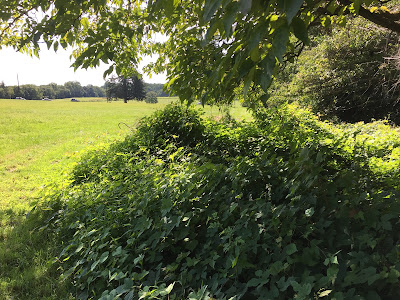 This shot from underneath the trees shows the wave of porcelainberry that wasn't quite able to reach the lower branches of the dogwoods. 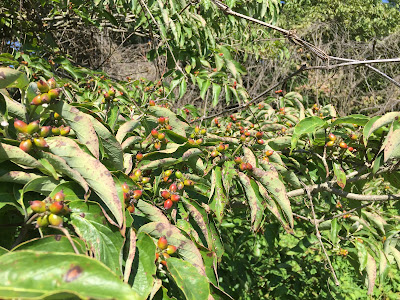 The less shading from the vines, the more berries the dogwoods can produce to fuel the fall bird migration. 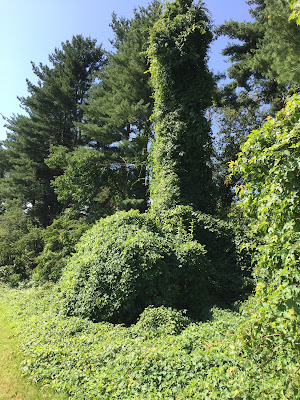 This would be the fate of the dogwoods if we didn't help them out--completely enveloped by the porcelainberry. 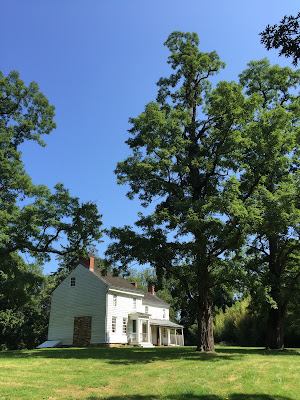 Two of the classic inedible trees to be found around historic homes are horsechestnuts and black locust. Clark House lacks the horsechestnut but has several grand black locusts. Black locusts provided extraordinarily rot-resistant wood for fenceposts, abundant flowers for honey, and some say they help steer lightning strikes away from the house.
Posted by Steve Hiltner at Sunday, October 01, 2017