A Fall in Fall Color 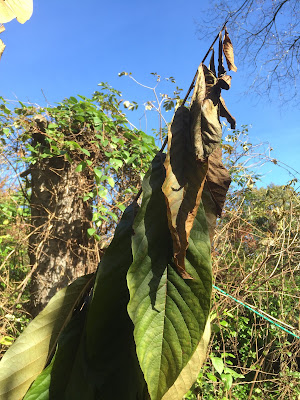 Some trees didn't know how to react to the unusually warm weather in October, which averaged about 6 degrees warmer than normal, or whatever passes for normal these days. It was the third warmest October ever recorded in NJ, according to the state climatologist's site, and leaf fall was running two weeks behind.

Pawpaws normally turn yellow in fall, but this one went from green to brown. 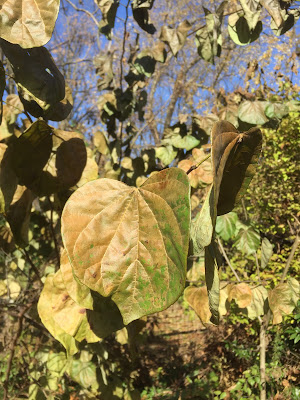 Same with a redbud in the backyard, 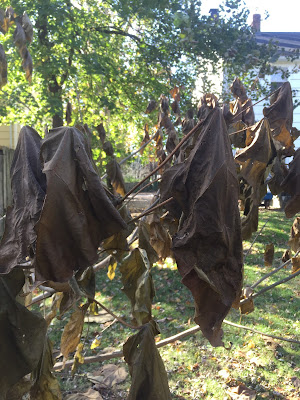 The fall has been very comfortable for humans, but if there were an article called "What good is cold?", vivid leaf color would be on the list.
Posted by Steve Hiltner at Monday, November 27, 2017