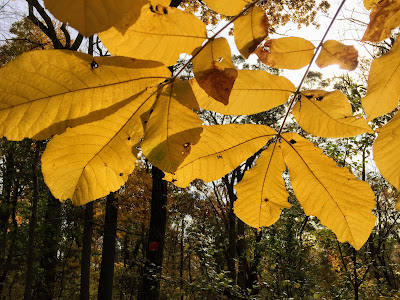 Autumn color this year has come not as a resounding chorus but as solo voices scattered through the woods. Here are hickory leaves, golden against the sun, 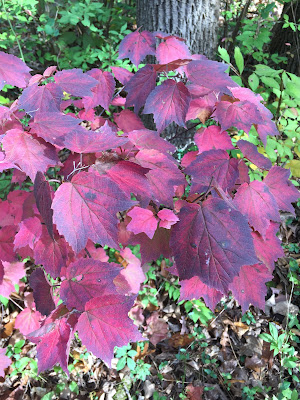 a particularly rich burgundy in a mapleleaf Viburnum, 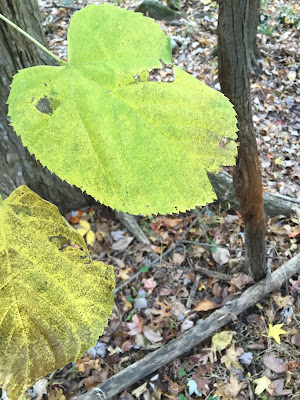 big plates of yellow-green in a basswood tree. Tilia americanas tend to be loners in the woods. On a walk, one may see hundreds of beech or oak, but only two or three basswoods. 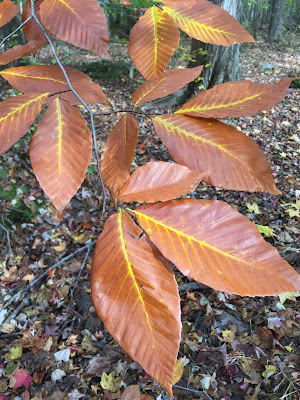 A beech with leaves as bronze as its buds. 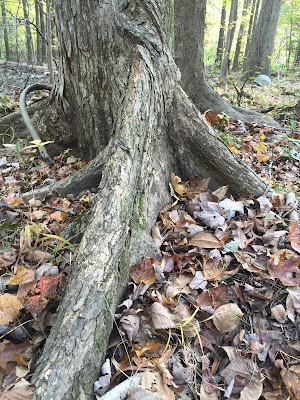 An elm, growing in a wet drainage, has what looks and functions like a buttress on a cathedral 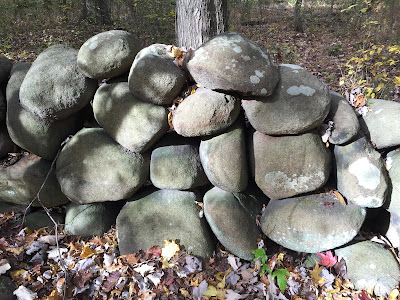 Someone could do a study of the physics of rock walls in Herrontown Woods, to determine what stacking techniques endure longer than others. 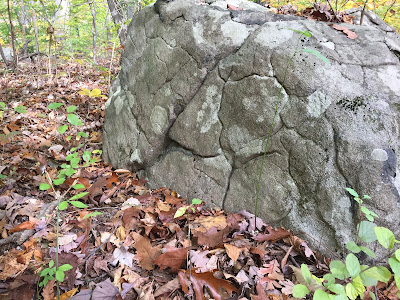 Call this a puzzle rock, because it looks to be assembled like pieces of a jigsaw puzzle. 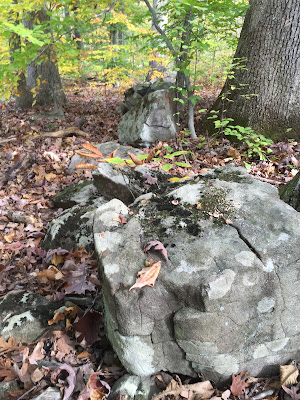 This rock wall extending through the woods looks more like a series of interesting specimens lined up, rather than a real wall. 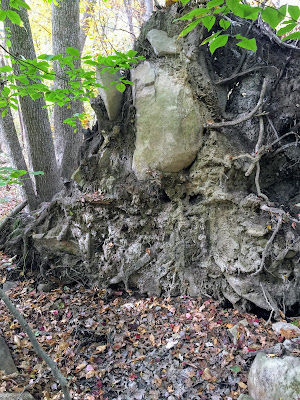 Tree roots develop an intimacy with boulders, and sometimes take them along for the ride when the tree topples. 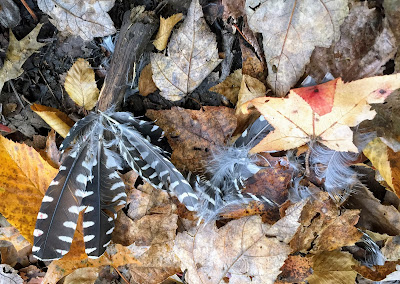 Looks like a small woodpecker, maybe a downy, got ambushed. (Thanks to Fairfax for help with ID.) 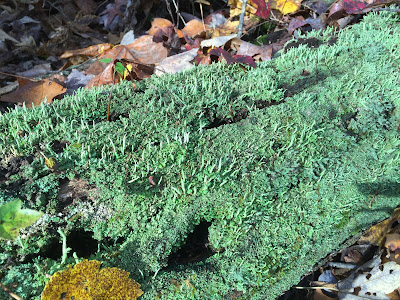 Trees tell a long story of life that only gets more interesting after they've died. People can be like that, too. 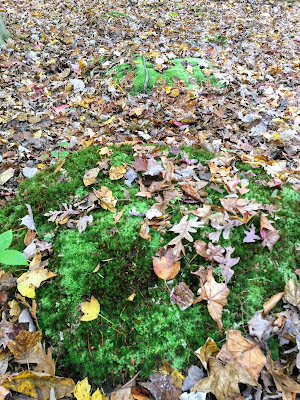 Humans tend to flatten the world, but in Herrontown Woods, diversity prospers on the native unevenness of ground. Lacking a probe, it was hard to tell if these mounds of moss, like islands in a sea of leaves, are perched on stumps or boulders. 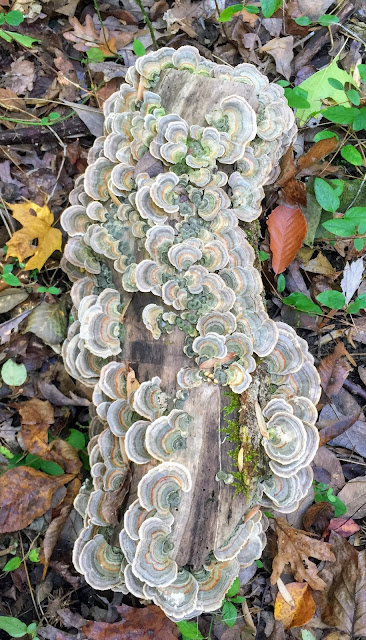 A clustering of turkey tail mushrooms in the shape of New Jersey.
Posted by Steve Hiltner at Thursday, November 09, 2017