Photos From a Spirited Cleanup Day at the Princeton Battlefield

Each year, the Princeton Battlefield Society teams up with the local Sierra Club to host a spring cleanup day at the Battlefield. My role the past couple years has been to lead some of the volunteers on work to clear vines and brush around some dogwood trees planted in 1976--the year of the nation's bicentennial. They line the edge of the lawn on the north (column) side of Mercer Street. As with any planting, some followup is necessary, and the state limits its maintenance to lawn mowing. Many of the dogwoods have had to withstand the smothering embrace of aggressive vines like porcelainberry, and bombardments of branches as towering pines lose their lower limbs in snow storms, making our yearly interventions feel like a rescue operation. 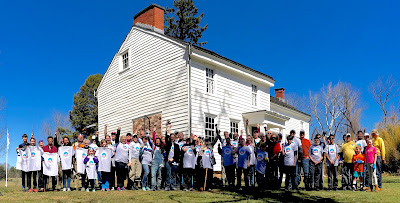 The cleanup days always begin with a group photo in front of the Clark House that adds a wonderful sense of place to all the open space around it. This year, while assembling for the shot, we momentarily lost focus when someone spotted a red-tailed hawk flying to a nearby tree, carrying a small snake. Nature and culture in close proximity--that's one of the charms of Princeton, though the snake might disagree. 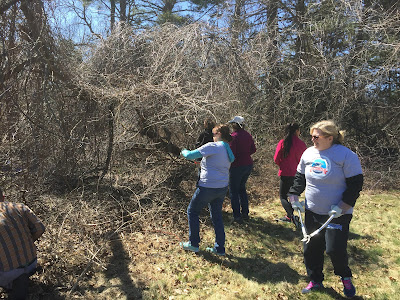 It was the first nice spring day of the season, which added to our spirited work of lopping, sawing and dragging. There were a lot of good trees to rescue from the vines: cherries, oaks, and of course the bicentennial dogwoods. 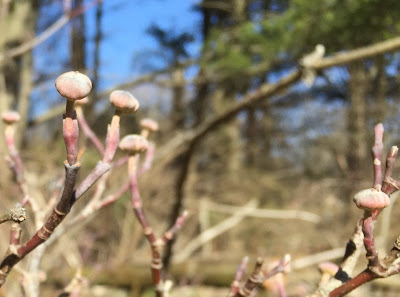 A lot of learning happens at these workdays, as volunteers become familiar with some of the plants being saved or removed. Here are the flower buds of the flowering dogwoods, still dormant but poised to open. Their blooms in turn will form nutritional berries for migrating birds in the fall. 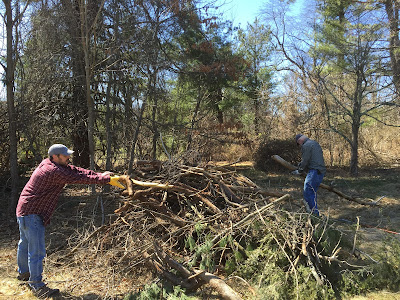 Hopefully the state crews will chip up the brushpiles we made. 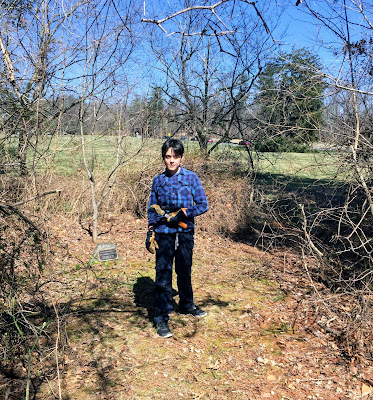 This boy was very proud of having opened up a pathway that had been blocked by a young tree bent low by a burden of aggressive vines. 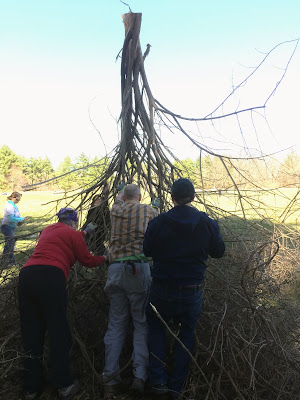 An invasive shrub (Honeysuckle) was smothered in invasive vines (porcelainberry). The easiest way to extract it was by cutting it at the base and "rolling" it out of the sea of vines. 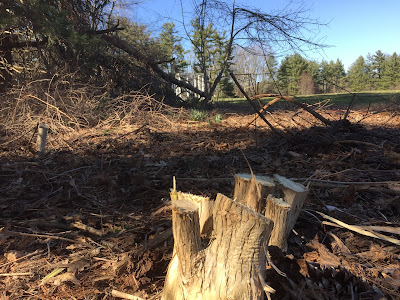 Clearing the field's edge of brush uncovered some daffodils that had been planted long ago. We left the wineberries and blackberries in hopes of a crop during the summer.
We finished the afternoon encouraged, by progress that built on last year's progress, by each other's good company, and by the feeling of participation in caring for hallowed ground. Here's our merry crew. 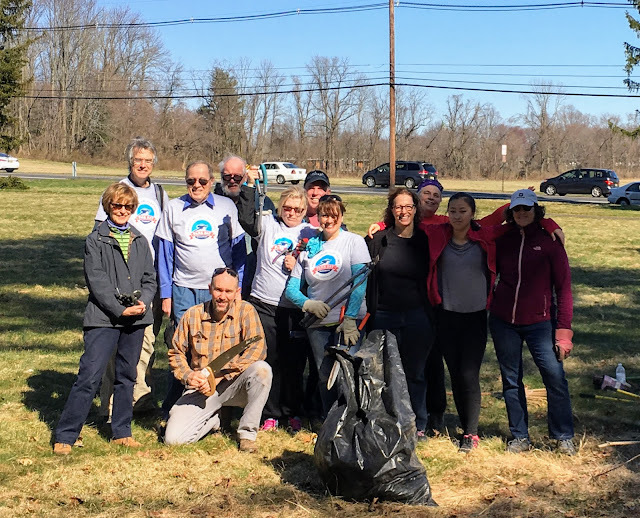