Update, Oct/2021: The life of Dorothy Mullen, 1955-2020, will be celebrated at Presbyterian Church of Lawrenceville on Oct. 30, beginning at 10am. Here's a link to watch via zoom. I wrote a song called Dorothy's Garden after seeing Dorothy for the last time. The song on the video starts about two minutes in.
Update, August 18, 2019: Dorothy tells her story in a wonderful article in US1, and gets honored with a proclamation by the Princeton school board, starting at about 26:23 in this video. It's very moving, as many people speak of the impact Dorothy, her gardening and the Suppers program have had on their lives. As reported in the article, Dorothy has been diagnosed with stage IV lung cancer.

One of Princeton's great gardens is Dorothy Mullen's. For many years she managed the educational gardens at Riverside Elementary, which eventually became integrated into the school's curriculum.  Now she focuses on her own garden, using its produce for her Suppers program. Many people dabble in gardening, but Dorothy is hardwired to care for gardens, keeping them in beautiful shape year after year. The more she vanquishes weeds one year, the fewer seeds in the soil to sprout new weeds the next. Eventually, the soil loses its "memory" of weeds.

An unsuspecting passerby on Patton Avenue will be greeted by a figure enrobed in runner beans who seems to take the leguminous embrace well, with a gesture that says "Why not?" 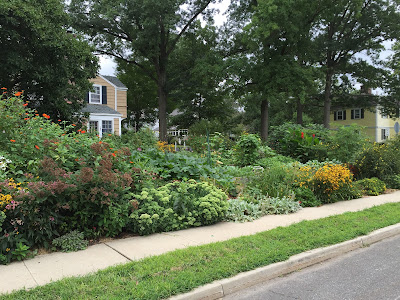 Why not, the statue seems to say, why not convert your whole lawn to garden? 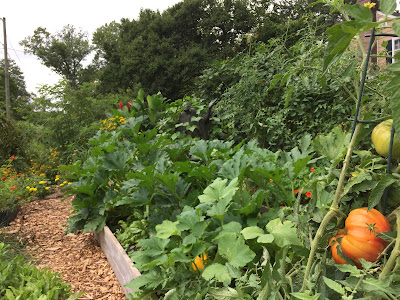 Why not mix raised beds of vegetables 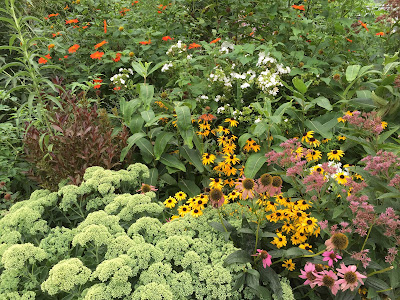 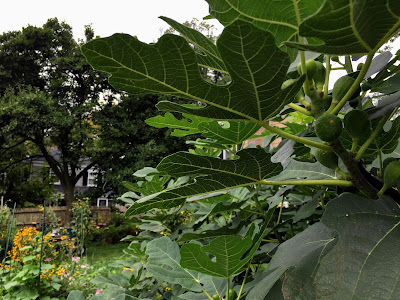 Why not grow fig trees that actually bear figs?

And why not invite passersby to help themselves to a sample of food or flower? Forgot your scissors? There's a pair provided, protected from the elements by a plastic bag. Like a screened porch that has elements of indoors and outdoors, the garden mixes elements of private and public. Dorothy does gardens right. 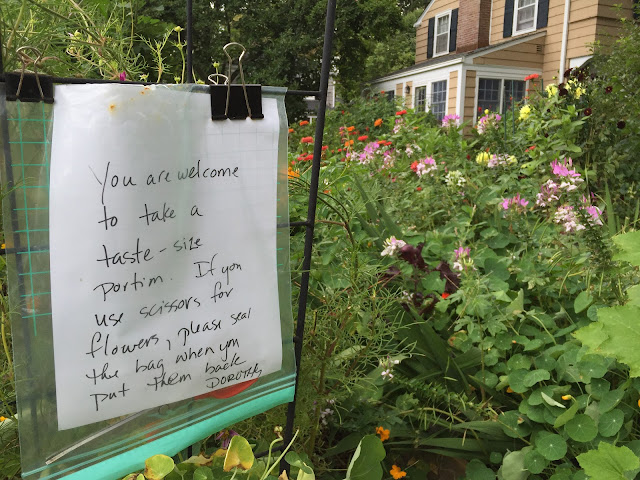