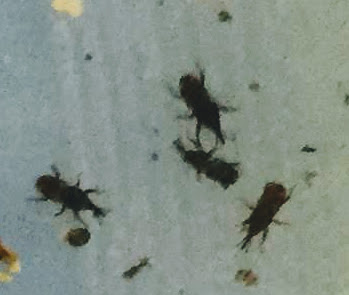 They first appeared as specks on the floor when I was cleaning up the sunroom, which functions as a sort of mudroom where we store garden supplies, boots and charcoal. I had been cleaning out a plastic bin that held bags of long neglected birdseed and potting soil, plus whatever shoes and other items that had gotten thrown on top. The bugs looked harmless enough--small, slow moving--but they were a strange shape. For a moment I entertained the possibility that we were hosting a newly imported species, potentially invasive, that somehow had found its way into our house. But that thought seemed far too dramatic. I shrugged, figured they'd go away, and moved on to other tasks. A week or two later, my daughter found one climbing on the kitchen wall. I squashed it and continued cooking.

Then, one evening, a few of them appeared on the surface of a pot of hot water that I'd just poured a box of pasta into. That was the wakeup call. The pasta got thrown out, and an internet search began. They had weevil-like snouts, which was just enough information for the internet to work its magic. A search for "weevil, kitchen" instantly provided the answer: rice weevils. 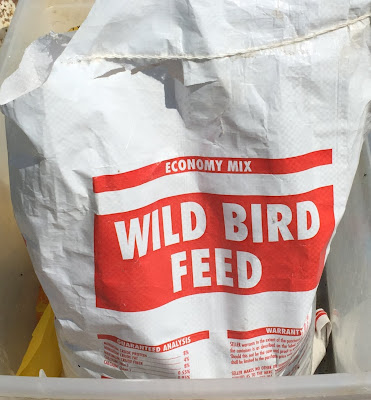 That precipitated a closer look at the bag of birdseed that had sat largely unused in the sunroom for many months. "Economy mix," it said on the label, clearly one of those false economies where you get lots of birdseed for the price, and they throw the rice weevils in as a bonus. 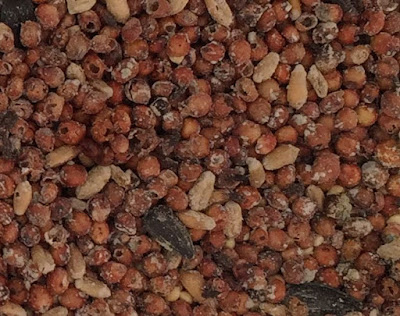 The weevils had had abundant time to lay their eggs in the seeds, which provide the nourishment the larva need until they are ready to emerge as adults through holes in the seed coating. The bag should have been labeled "Rice Weevil Feed."

It was unnerving to learn that the weevils can fly, which may explain how they got up to the cupboards, where they infiltrated various boxes and bags of food.

There our detailed instructions on the internet for dealing with a rice weevil infestation. In my case, the bag of birdseed was poured into a vat of water outside to kill the weevils, then added to the compost with the food from the kitchen, far from the house; the packaging was put in a plastic bag and put in the trash.

All in all, it was a good motivation to clean the cupboards after years of accumulation. Haven't seen the tiny weevils since, but for the time being, all food in paper packaging is being stored elsewhere in the house, away from the kitchen. We were never very good at keeping the birdfeeder filled. Better in our case to keep feeding the birds indirectly, through all the seeds generated by the wildflower garden. 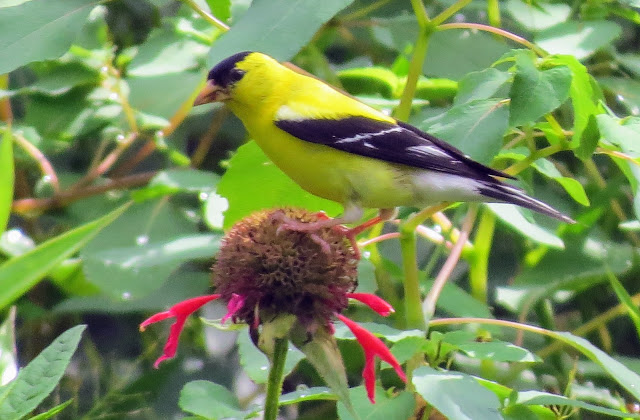