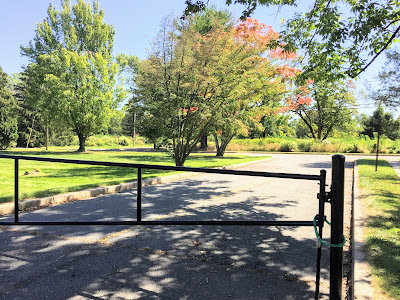 Normal urban succession proceeds from grassland to shrubland to woodland, then to a climax community of houses and lawns. Near the corner of Sycamore and South Harrison Street, a much different sort of succession took place three years ago. The Butler Apartments had stood here since they were built in 1946 in a scramble to house returning veterans, then were later turned into graduate housing. Seventy years later, they were torn down and turned into meadows--real meadows, not some development called The Meadows that names itself after what no longer exists. The scattered trees give the place a savanna-like look, and the preserved infrastructure of streets and fire hydrants serve as a deluxe means to appreciate and care for the plantings. 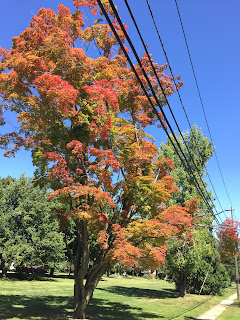 At the urging of my friend Kurt, I finally paid a visit. I happened to be teaching a 16 year old to ride a bike, so we parked the truck on Sycamore and explored this ultra safe biking territory.

When creating meadows, it's common to scatter "wildflower seed" with species that create a burst of color the first year, but are not native to the area. Surprisingly, this planting reflects closely the local flora, and has been flourishing with all the rain this year. A few of the usual invasive species have gotten small footholds, but the meadows are still dominated by a diversity of natives.

What follows here is a sampling of the plant diversity that can now be found there, and will help with identification for anyone who goes there. In this photo, a maple is turning color early, and doing a dance with a powerline that may or may not still carry electricity. 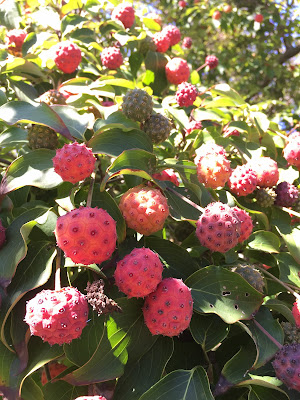 Korean dogwoods, leftover plantings that still adorn the streets, offer edible fruit at many of the corners. 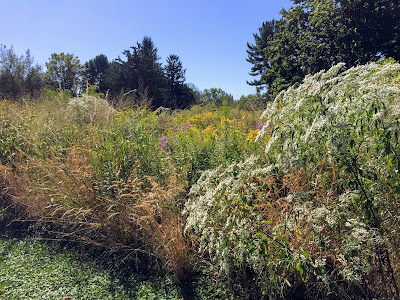 The white clouds of late-flowering thoroughwort set off the more colorful wildflowers nicely. 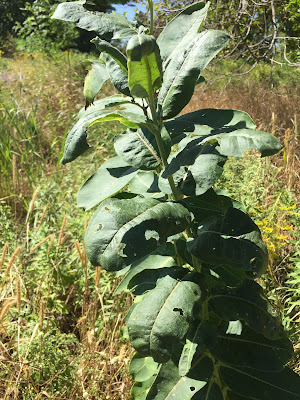 Common milkweed sometimes caters to the needs of monarch caterpillars. 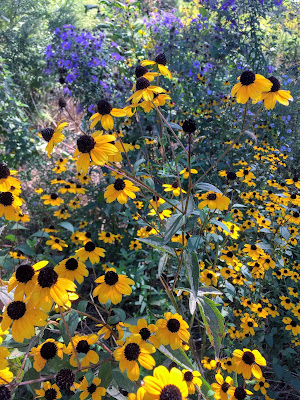 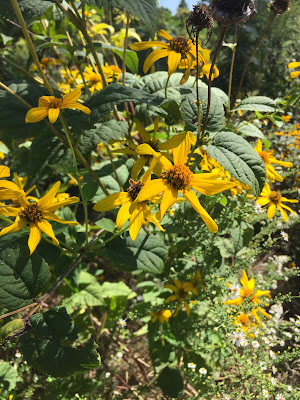 Oxeye sunflower, which is common in seed mixes though I've never seen it growing wild. 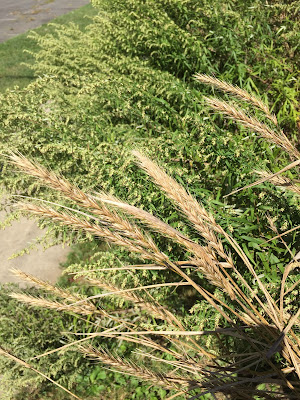 Grasses to be encountered are Indian grass, switchgrass, purple top, and this shorter one that matured earlier in the year, which is looking like a robust version of wild rye.

In the background is mugwort, a highly invasive species that would likely continue displacing natives if this site is kept as meadow. 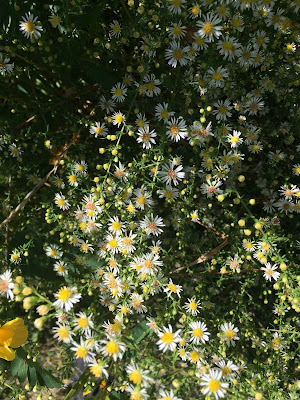 I call this frost aster. 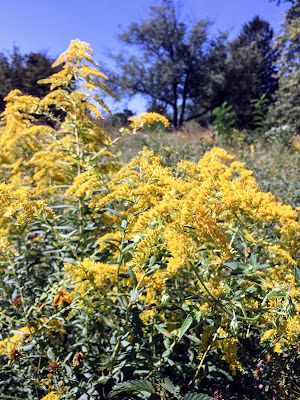 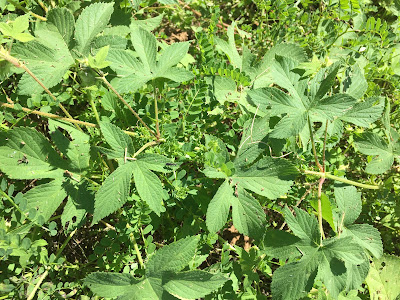 This is looking like Japanese hops--an invasive vine, though not nearly as invasive as the kudzu-like porcelainberry, which hopefully has not gotten established here. 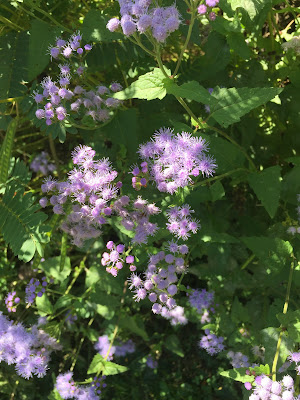 Mistflower (wild ageratum) is a native occasionally found in the wild. It grows low to the ground, and can survive only along the edges, given all of its tall competitors here. Eupatorium coelestinum in latin. 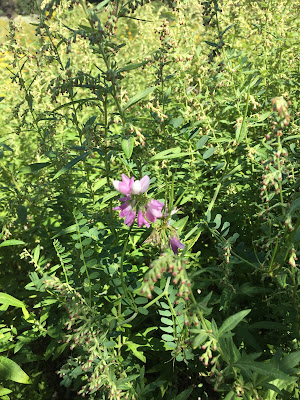 Crown vetch is an invasive just beginning to show up. 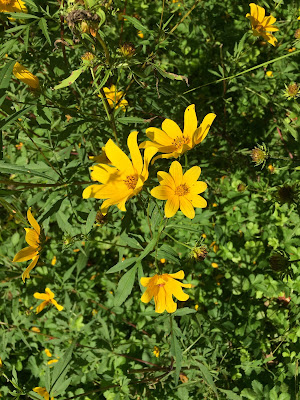 This is looking like a tickseed sunflower (Bidens)--an annual that can get large and showy, but also can be a bit weedy. 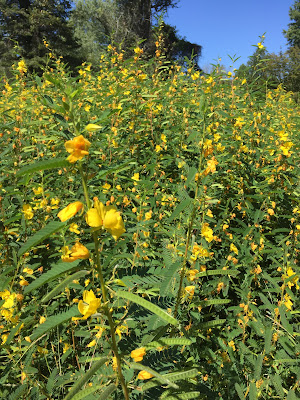 It's been a good year for partridge pea, another native that tends to be rare in the wild but performs really well in these meadow seedmixes. 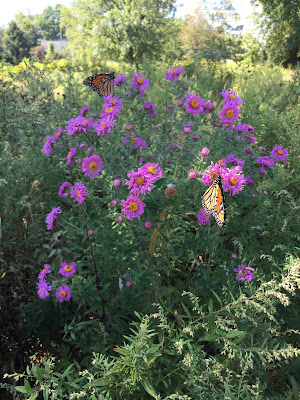 These monarchs are fueling up at a New England aster waystation prior to making their annual journey to a mountain range in Mexico for the winter. 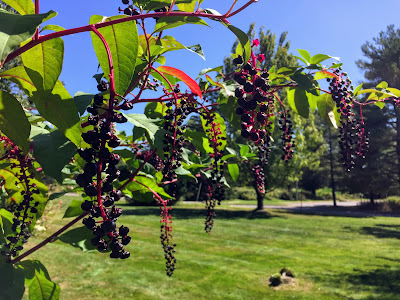 Pokeweed, also called inkberry for its dark berries. In springtime, there's a way to harvest and prepare "poke salad" so that it is edible, but not the berries.

Other typical wildflowers to look for are wild bergamot, mountain mint, and wild senna.

Eventually this meadow could be shaded out by trees or undone by new construction or the expansion of a few nonnative species, it is currently a great example of a meadow packed with mostly native species growing in balance. Thanks to my friend Kurt for finally getting me over there.
Posted by Steve Hiltner at Friday, September 27, 2019