A couple days ago, I was doing some outdoor work when a landscape crew nearby revved up their gas-powered leafblowers. I put up with the din for about five minutes before finally heading over to tell them, in a nice way, that the town ordinance forbids the use of gas-powered leafblowers between May 16 and Sept. 30. 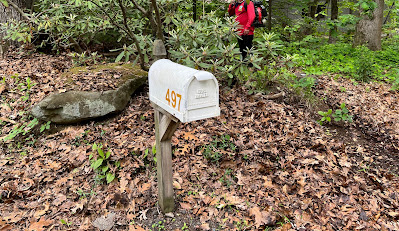 I got the crew's attention, then since they didn't speak english I explained in my broken spanish that "Hay una regla contra estas machinas hasta Octubre."

He nodded that he understood. I walked away only to hear them start back up a few minutes later. The situation was all the more frustrating because they were blowing leaves not off of a lawn but out of the woods, and because the leaves were soaking wet, it was going to take them forever to do what there was no rational reason to do in the first place.

This time, I returned, didn't say a word, and photographed the machine and the address and the truck. He stopped again and got on his phone.

I know the homeowners, and texted them about the situation. I could also have reported it to Access Princeton, but figured the problem was already solved.

You could hear that most wonderful silence as the birds continued to sing through the afternoon. My hat is off to the folks (Quiet Princeton?) who navigated the local political waters with a mixture of flattery and resolve to save us from these soul-sucking machines. (More info in the comment section about those who worked particularly hard to get the ordinance written and passed.)

Update, 6/15: Quiet Princeton informed me that a compliance officer has been hired by Princeton, so it is helpful to report violations to Access Princeton. Even if the non-compliance has been resolved at a particular residence, landscapers might try to continue using gas leafblowers elsewhere on their routes. 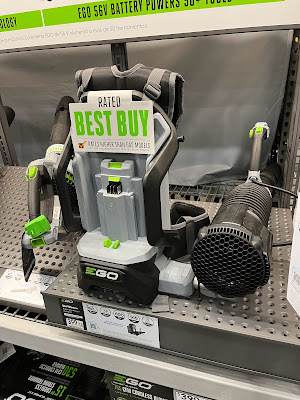 Happened to see a backpack electric leafblower at a nearby hardware store the other day. They at least exist.