Looking for Lindens on Linden Lane 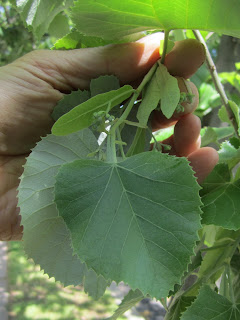 Sometimes, when walking the tree streets of Princeton, you may actually encounter the kind of tree for which the street was named. I have my doubts about Walnut St, and Chestnut Street's a real long shot, but Linden Lane is lined with lindens, at least the section north of Hamilton Ave. Their flower structures, come to think of it, look a little like skateboards. 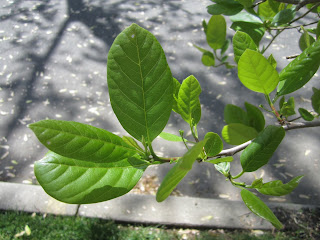 Hawthorn St. hosts a tupelo or two, also called black gum, so named for something other than its brilliant red in the fall. 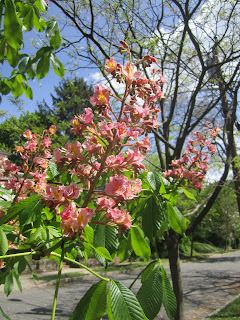 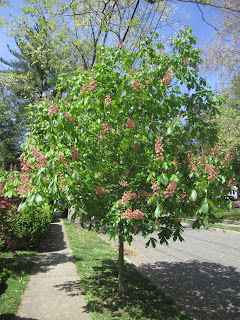 well-placed because they don't get very large and so won't start tangling with the power lines. Red buckeyes are native, but the only place I've ever seen them in the wild is along a road in the coastal plain of North Carolina. 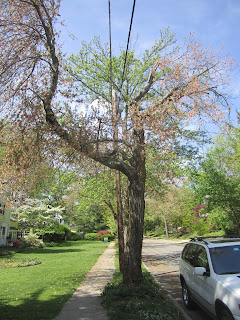 A larger tree, like a maple, may make for an awkward fit under a power line. Hawthorns don't get very large, and could be a good street tree for underneath power lines, if not for their thorns. 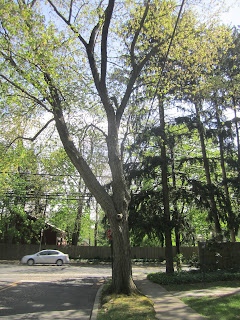 Some larger trees manage to gracefully grow past the wires without  triggering catastrophic pruning. The pavement is shaded, the tree's transpiration cools the neighborhood in the summer, and the leaves and trunk catch some of the rain that might otherwise rush into the stormdrains. 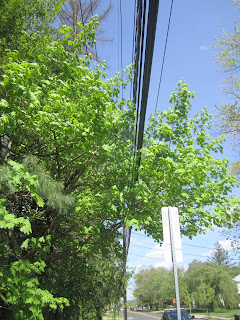 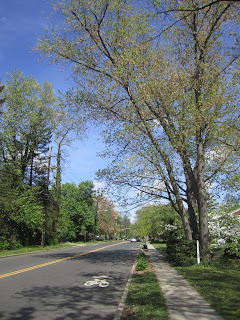 One good strategy is to plant trees that grow large and spread out on the side of the street with no wires. That way, most of the pavement will eventually be shaded even if smaller species are planted under the wires on the other side.

Next week: Looking for Franklinias on Franklin Avenue.
Posted by Steve Hiltner at Thursday, April 26, 2012