People ask me all the time. Sure, Princeton has lots of intellectual stars, but how about cows? Is there any bovinity in the vicinity? Can Princeton do cow bells like it does Nobels? 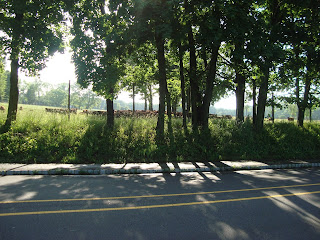 The answer came, as most answers do, while I was doing something else, driving down the Great Road past Coventry Farm. In past years, the preserved farm had appeared to host little more than a few horses and noisy flocks of semi-wild geese. Long gone are the days when the owner successfully attracted hundreds of circling vultures by having Princeton's once copious roadkill of deer delivered to the farm.

But the other day I glanced in passing and was surprised. 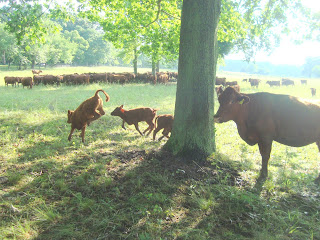 There they were. Cows, or more rightly cattle, frolicking in a field, young, old, mooing, mounting, gorgeous golden brown as far as the eye could see. 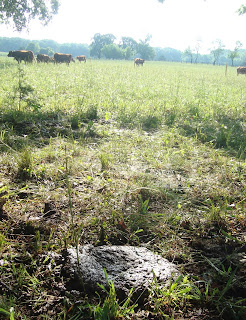 This was no high brow cow pie in the sky fantasy. This was a Princeton where cows can be cows, where kids can be kids and farmers can be farmers, where intellect can take you to the stars or where a pasture on the west side of town can, at least in my case, bring back memories of a childhood visit to a farm in Kansas, dodging cowpies to get to the fishing hole and then returning at dusk to watch, on a little black and white TV, the first man step on the moon. Thank you, cattle, for that. 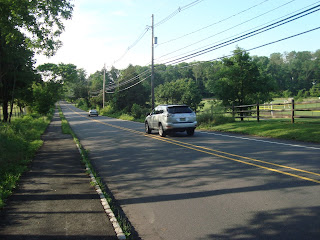 After such a dose of unreal reality, it was a shock to return to the road, where the machine world pounded by, in a hurry to be somewhere else than where it was a minute ago. 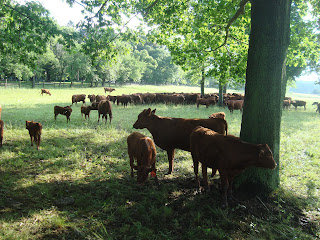 I clambered back up the bank for one last glance.
If this be a return of Princetons past,

Then we're no longer the type
To be stereotyped.