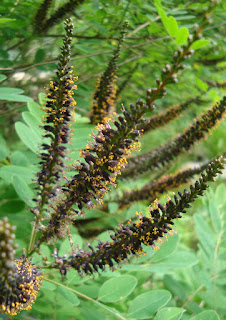 One of the more unusually colored flowers in town is produced by the tall indigo bush (Amorpha fruticosa), which can be found growing wild next to Mountain Lakes and Lake Carnegie. 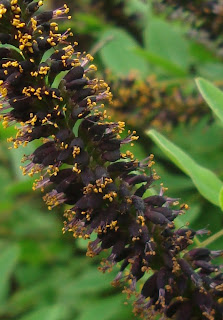 With this spring seeming more silent than usual when it came to pollinators, I was greatly relieved to find a large specimen of tall indigo bush, in full bloom and warmed by the afternoon sun, hosting a vibrant metropolis of insect life. 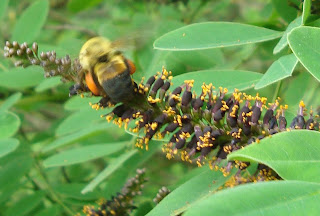 Bumble bees spiraled round and round the blooms in pollen-collecting gyres, like frenzied wind-up toys. 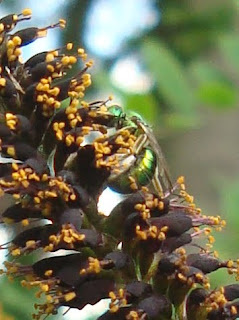 This may be a so-called metallic green bee. 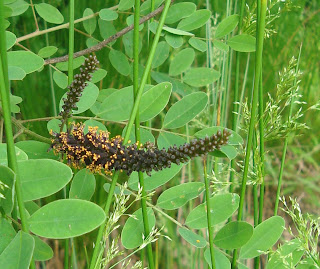 Tall indigo bush flowers and leaves mixed with the verticals of soft rush. 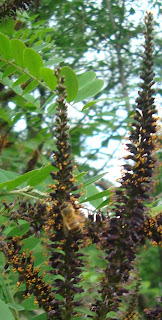 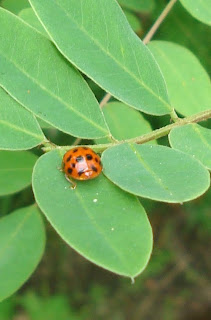 While a solitary ladybug, 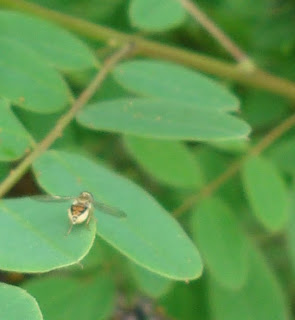 and others among the great unknowns of the insect world 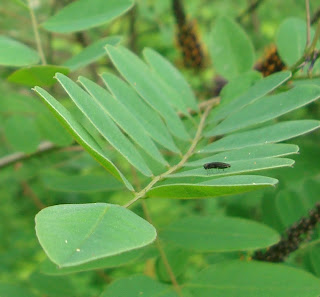 called the shrub home for an aft 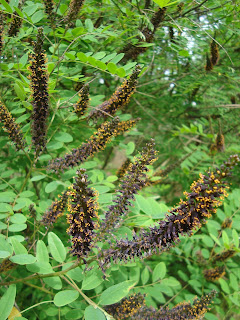 This native shrub may be hard to find for sale. Along the shores of Mountain Lakes, it appears to spread underground, like sumac, but when transplanted into new locations I've also seen it remain for many years a single stemmed bush with attractive form and foliage, and a late spring feast for pollinators.
Posted by Steve Hiltner at Wednesday, June 06, 2012