The Towpath in June 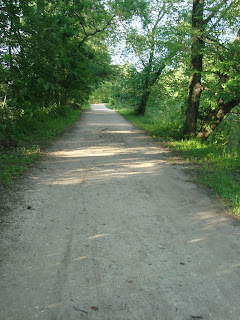 A few shots during a recent visit to the towpath along the canal, just upstream of Harrison Street:

Here's a section of the towpath trail whose crushed stone surface is still in good shape. 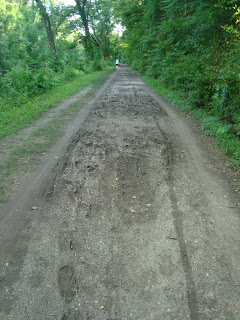 In many areas, though, the trail has yet to recover from the floodwaters last August that deposited a layer of mud over the crushed stone. The mud forces bicyclists and joggers to the edges of the trail. 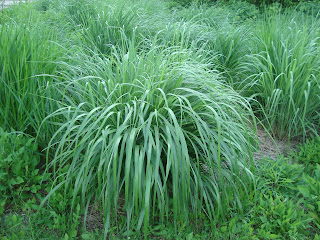 Lush mounds of native switchgrass grow near Harrison Street, where a nature trail branches off from the towpath. 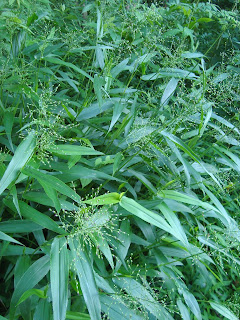 Deertongue grass is also at an attractive stage in its growth along the nature trail. 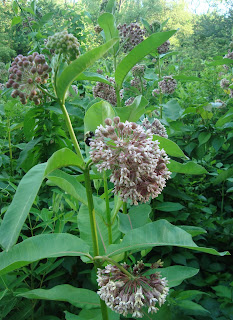 Common milkweed isn't typically thought of as an ornamental, but this extensive patch of it is eye-catching, and well attended by pollinators. 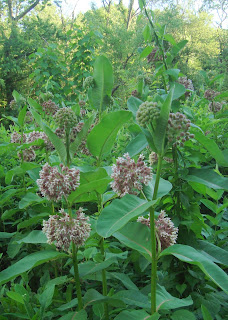 These flowers are able to bloom because the DandR Canal State Park agreed to reduce mowing in the field next to the towpath to once a year, allowing already present wildflowers to grow to full size. The great response of the wildflowers in turn led to the cutting of a loop trail through the field. This time of year, you'll see a progression of tall flowers like these milkweeds, tall meadow rue, cutleaf coneflower, rose mallow hibiscus, joe pye weed, ironweed, Helenium and so on--some thirty species with more being discovered occasionally, all because the mowing crews were convinced to do less work.
Posted by Steve Hiltner at Thursday, June 21, 2012