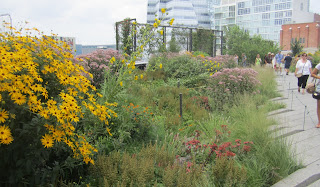 If you want to feel grounded on Manhattan's West Side, climb the stairs to take a walk along the High Line. This elevated ribbon of native exuberance has proven its early skeptics wrong as people flock to the native meadow superimposed over the urban grays and grime 30 feet below.

The baseline observation, for anyone smitten by the beauty and rich diversity of native plants, is that they are almost completely missing from the world of concrete, turf and trees most people move through. Even a walk in the woods may not provide many encounters with native wildflowers, due to historic plowing, the appetites of deer, and competition from invasive species.

One of the more seductive visions for bringing this natural heritage back to the people is an urban trail bordered by native species. Locally, this concept plays out along the towpath and in a circular fashion at the Princeton High School wetland on Walnut Lane.

Back in 2000 in Durham, N.C., I organized an "adopt a trail" program in which each volunteer would tend a 20 foot section of paved trail for native species. Their work was supported by an online manual describing which plants to leave and which to weed out. The result was dazzling, but the plant knowledge and consistency of attention required was a lot to ask of volunteers. 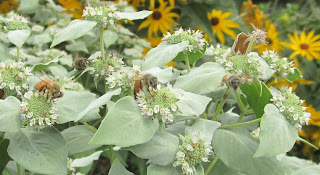 The conversion of the elevated railroad bed into the High Line trail, from what I've heard, was publicly financed, and the private funding of maintenance insures that the plants will prosper while leaving room for everyone to walk. Adding to the buzz was a recent column by Frank Bruni of the New York Times, about government's beneficial role in the greening of New York. 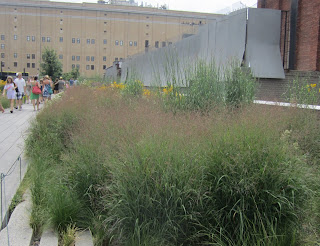 This switch grass is reminiscent of a scene along the towpath in Princeton. 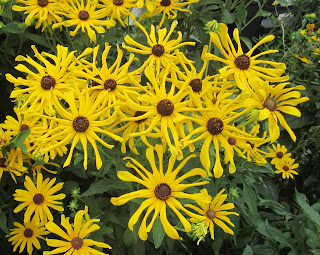 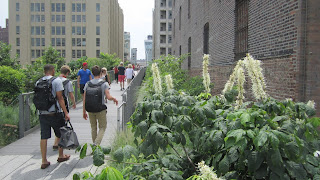 This bottlebrush buckeye in the canyonlands of Manhattan also grows in front of Mountain Lakes House in Princeton. 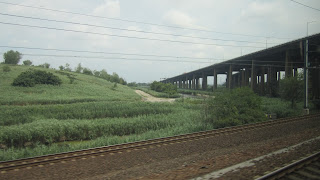 Contrast the diversity of the artificially sustained High Line with many an untended wetland, in this case the Meadowlands of NJ, which has become a monoculture of invasive Phragmitis grass. For now, as long as botanical bullies rule over large swaths of terra firma, the safest place for a native plants can end up being in unlikely spots like the High Line.
Posted by Steve Hiltner at Saturday, July 28, 2012