The Walk That Saved a Canal 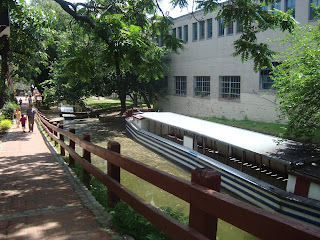 On this July 4, when independence from oil is as patriotic a goal as any, a story of how a shaded walkway in our nation's capital was saved. We got a chance to witness this greenway running through Georgetown on a recent visit. 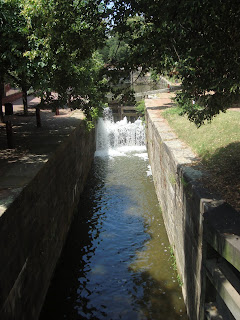 In 1954, the Washington Post ran an editorial calling for the Connecticut and Ohio Canal to be turned into a roadway. Supreme Court Justice William O. Douglas responded with a letter to the editor, calling for preservation of the canal as a national park. 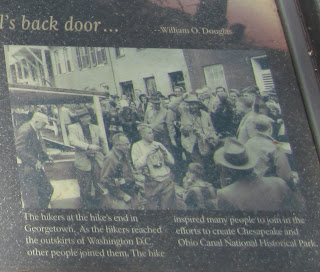 He invited the editors and other reporters to walk the canal, along with authorities who could speak to the natural and cultural beauty at stake. The editors changed their minds, wrote in support of preservation, and the public response was such that in 1961 the canal was preserved as a national monument. 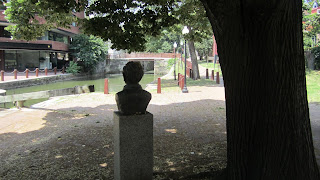 A bust of Douglas stands next to the canal in the shade of an American basswood tree, from where he's able to gaze out upon a part of his environmental legacy in perpetuity.
Posted by Steve Hiltner at Wednesday, July 04, 2012