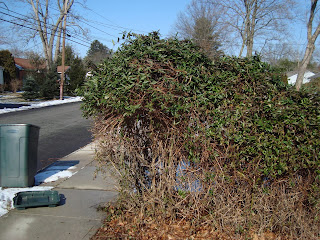 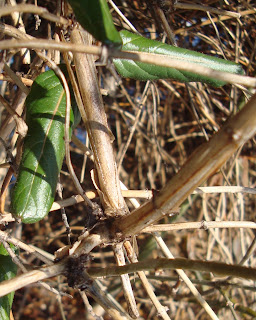 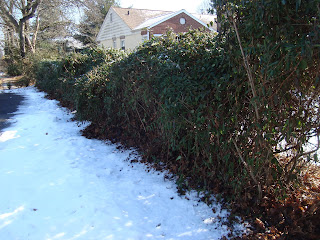 lined up all neat in a row.

(Somewhere I have a series of photos over several years, tracking the slow collapse of a bush as honeysuckle vine overtopped it and starved it of sunlight. The mass of evergreen vines looked like a healthy shrub, but actually began shrinking as the real shrub's structure rotted away underneath, leaving in the end a blob of vines on the ground.) 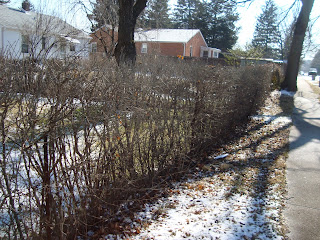 Privet minus an overtopping of J. honeysuckle vines looks like this, 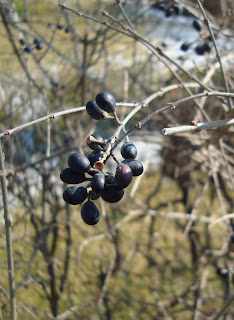 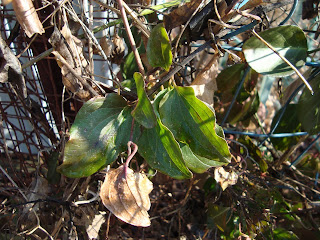 Other evergreen vines using deciduous shrubs as a substrate are the exotic autumn clematis, 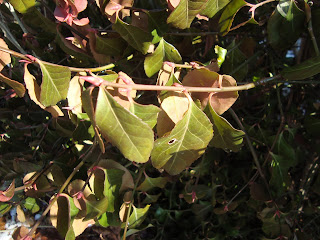 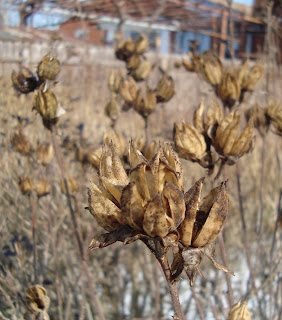 The seedpods identify this hedge interloper as Rose of Sharon, related to the native wetland wildflower Rose mallow (Hibiscus moscheutos). Though Rose of Sharon sprouts new plants all over a garden, I have not seen it invade nature preserves. It makes a good vertical large shrub for defining edges of properties where there's enough sunlight. This one here is able to bloom a bit, despite being part of a closely cropped hedge. 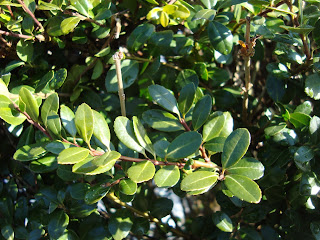 Boxwood shows up in hedges as well, 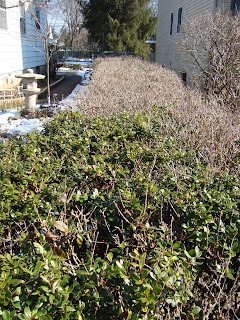 here adding a bit of color to a privet hedge. 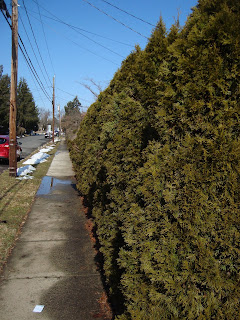 Hard to think of a more narrow and effective screen than arborvitae which grows very dense with adequate sunlight.
Posted by Steve Hiltner at Friday, February 15, 2013