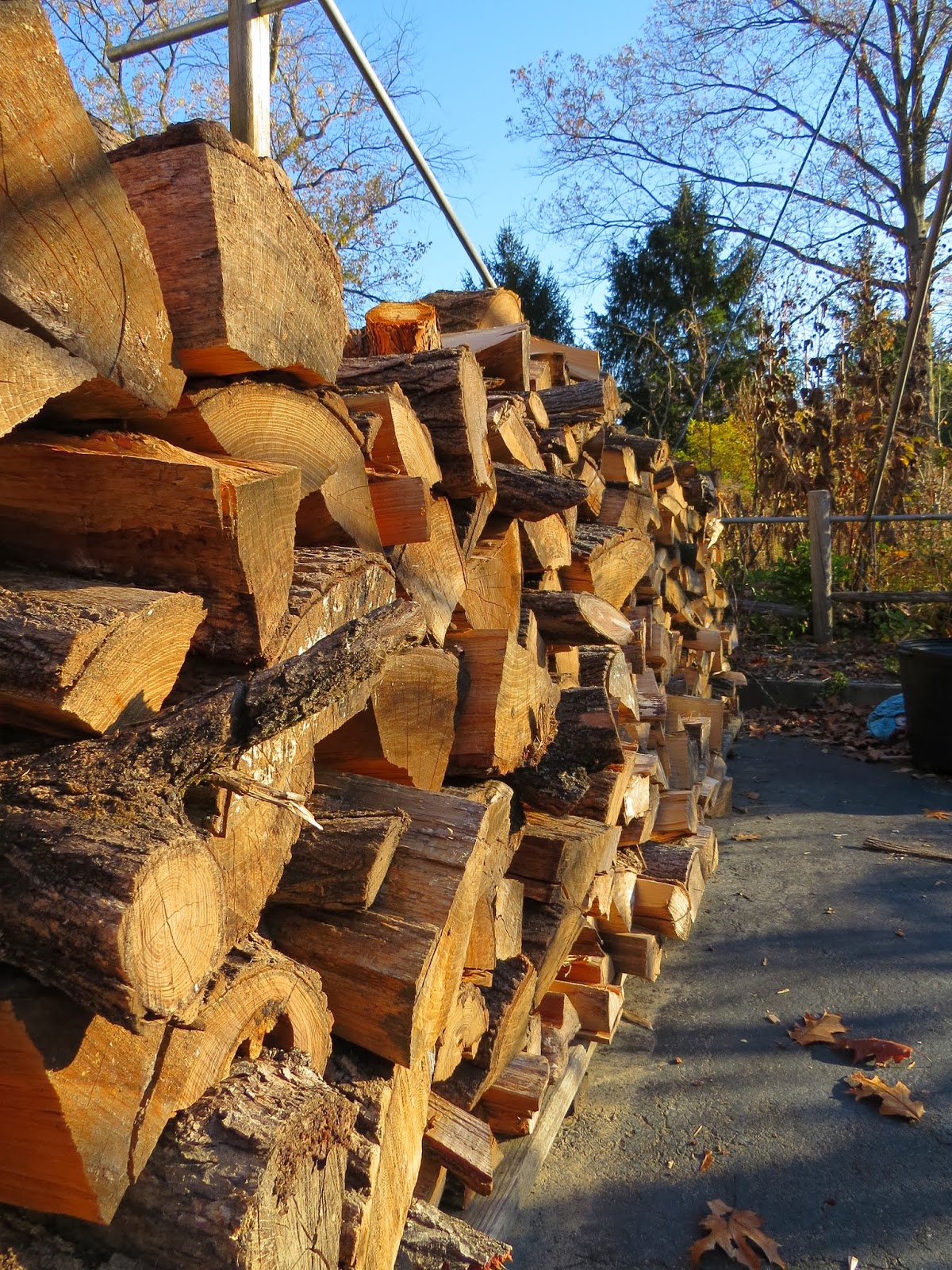 This wood, holding carbon and sunlight harvested locally, will come in handy when it's fully seasoned, four seasons from now. In the meantime, it must be dreaming fantastical, cellulosic dreams of all the marvelous shapes it could take if only its owner were a more ambitious sculptor. 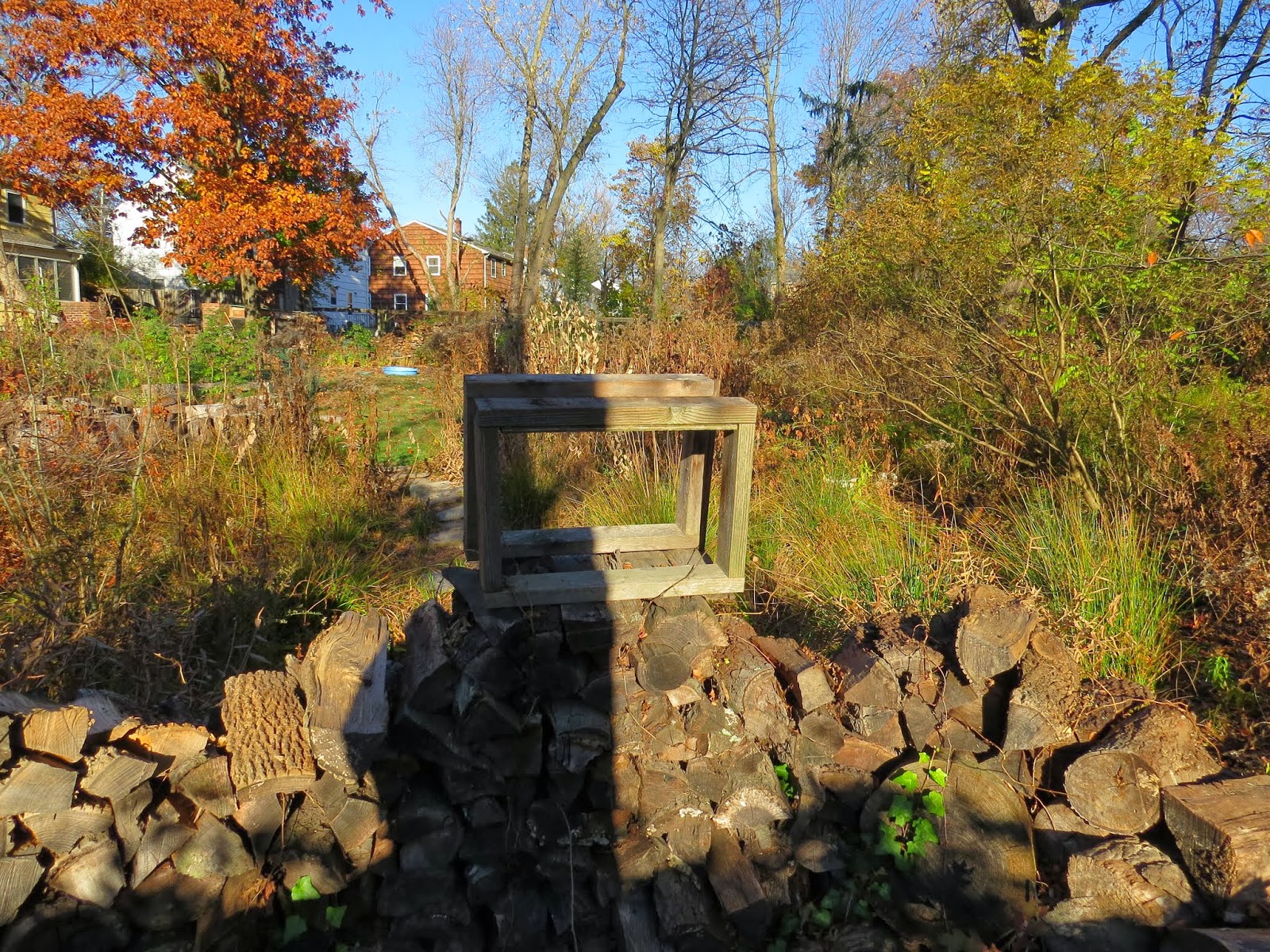 Such marvels on the internet make this past year's garden house of firewood, already stripped down as its curved walls are fed to the stove, look even more modest.

More fantastical and totally awesome than the firewood sculptures in the first link are these horticultural "live art" sculptures. Thanks to Marge for the link. Below is a description:

"Once every three years, there is an international competition in horticultural sculpture, called "mosaiculture," in a major city in the world. This year it is Montreal . This is not topiary but rather creating sculptures out of living plants. The greatest horticulturalists in the world, from 20 different countries, submitted plans a year in advance. Steel armatures were then created to support the works (some 40 feet high); they were then wrapped in steel mesh and filled with dirt and moss and watering hoses. Then they ordered 3 million plants of different shades of green and brown and tan, and these were grown in greenhouses all over Quebec . In late May, these horticulturalists came to Montreal and planted all of their plants in the forms at the Montreal Botanic Gardens, and they have been standing for three months now. There were 50 major sculptures along a path two miles long. They were incredible. If you would like to visit a few and walk along the path with me, click on or paste http://myvirtualgarden2.blogspot.com/2013/09/mosaiculture-exhibition.html."