Osage-Orange and the Missing Megafauna 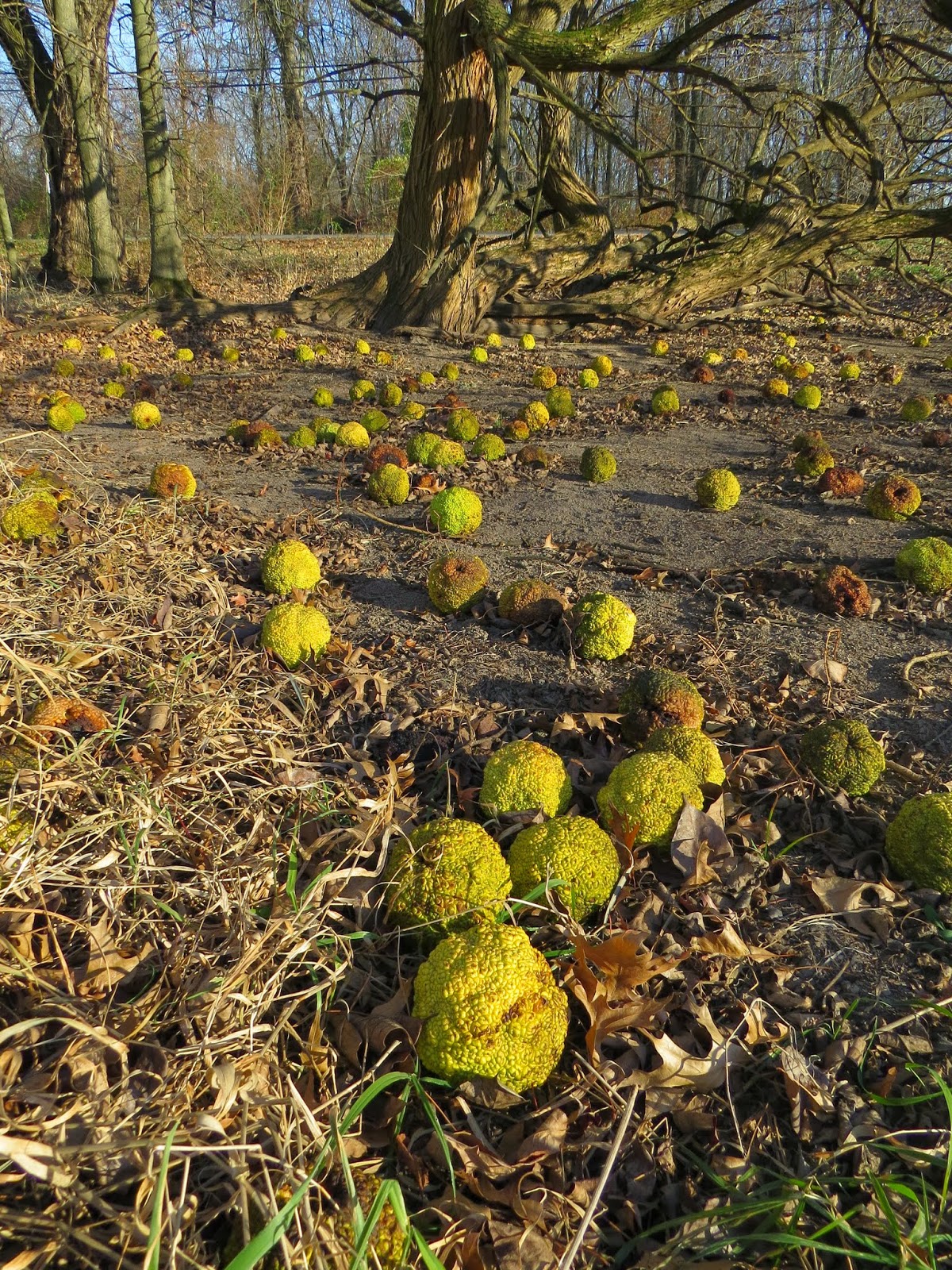 Looks like somebody didn't finish their Thanksgiving dinner. In fact, I don't think they even showed up at the table. 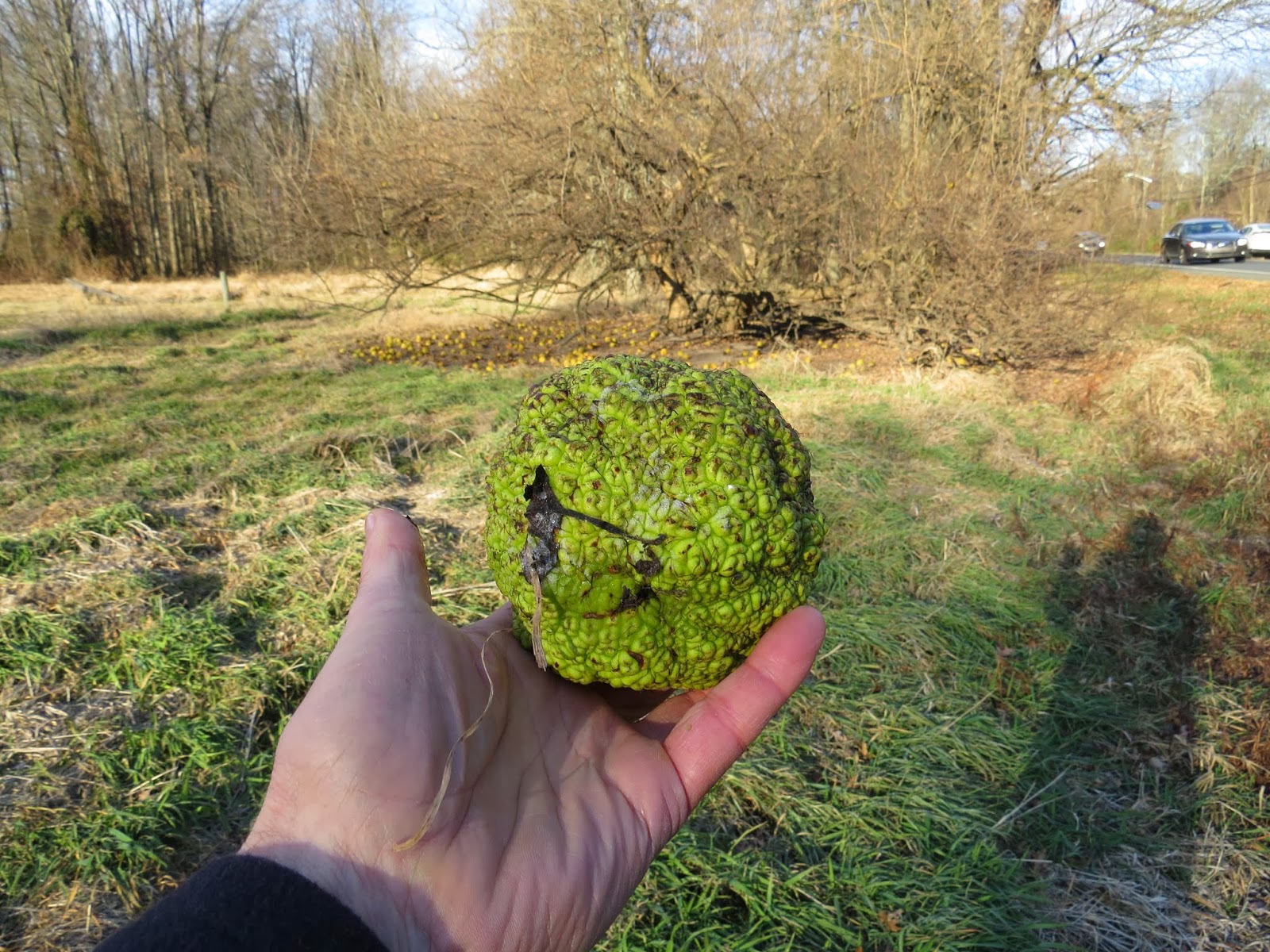 This Osage-Orange, a native tree named after an Indian tribe, grows next to Princeton Pike. Indians reportedly prized their wood for bows, and colonists used them as living fences. As a species, they don't get around much anymore, mostly because the megafauna with the teeth and digestive system to eat their formidable fruit, and transport their seeds, went extinct in America more than 10,000 years ago. The megafaunas' extinction conspicuously follows the arrival of Homo sapiens to this continent. 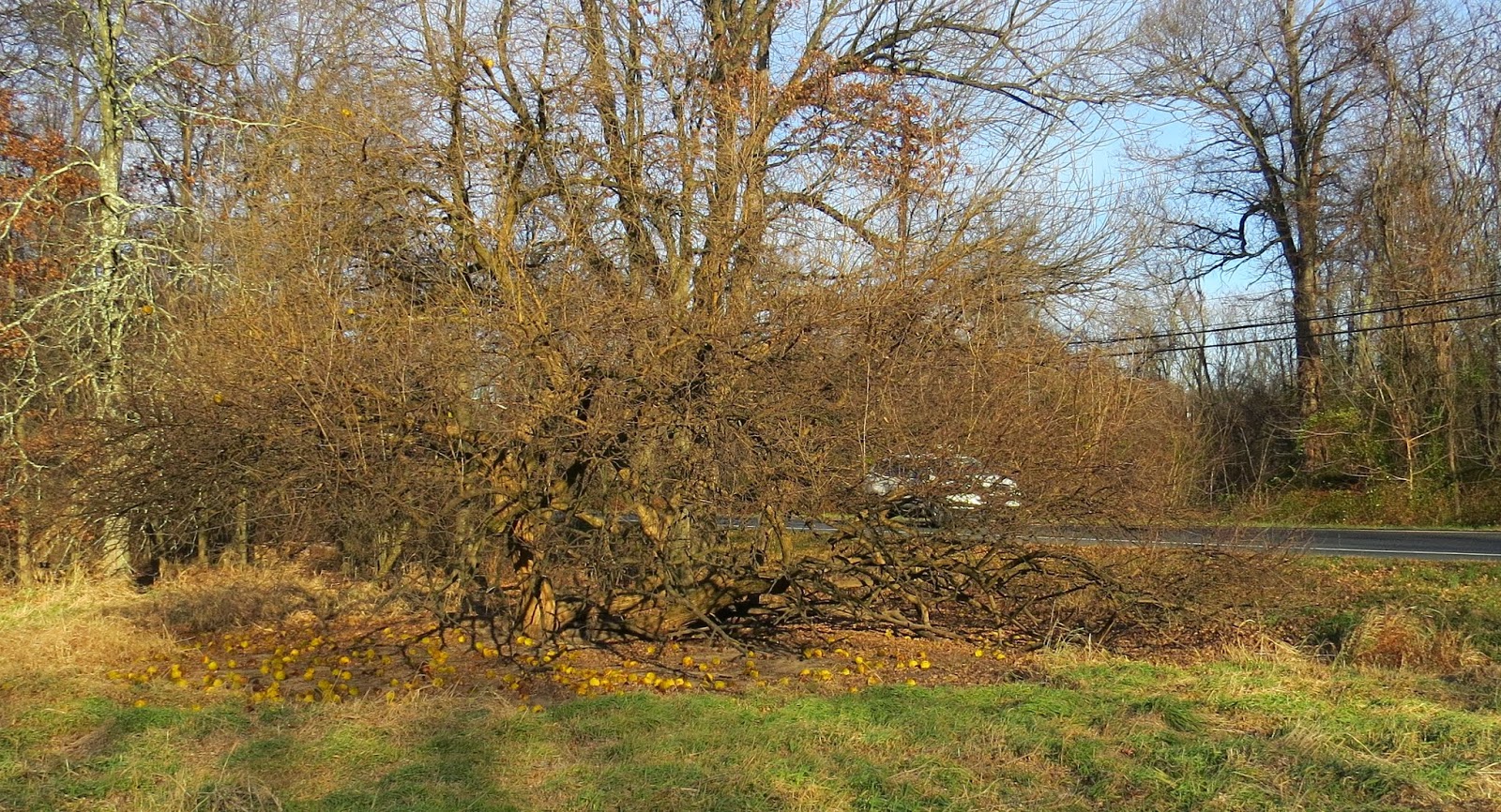 The giants that once roamed our piece of the earth--among them mastodons, woolly mammoths, giant sloths, horses--not only transported the seeds but served other ecological services, transporting nutrients from floodplains up to higher ground and maintaining clearings with their massive appetites.

To the osage-orange, add the honey locust, Kentucky coffeetree, and pawpaw as rarely occurring species that might have once been more common if their seed dispersers hadn't disappeared.

Next Thanksgiving, for something different, consider inviting some genetically reconstituted megafauna to dinner, and don't forget the Osage-Orange.

Among many sources for more reading:
http://www.americanforests.org/magazine/article/trees-that-miss-the-mammoths/
http://www.asecular.com/forests/megafauna.htm
http://www.highlandssanctuary.org/NaturalHistory/Kamama/hall.article.htm
Posted by Stephen Hiltner at Saturday, November 30, 2013