Sourwood and Other Trees of Christ Congregation 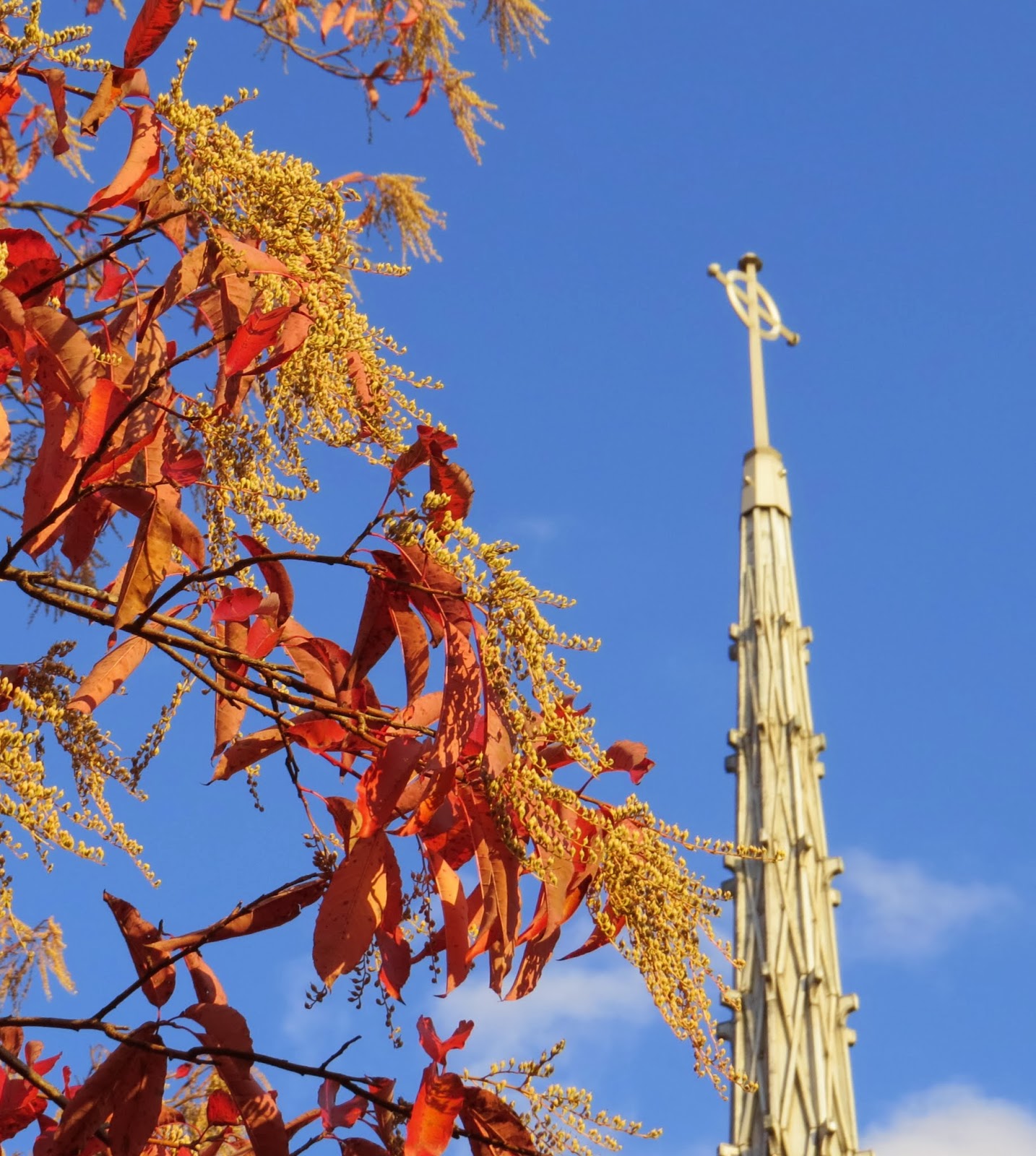 Each year about this time, I make the pilgrimage to the Christ Congregation church to see their two beautiful sourwoods--a native tree I first encountered in the understory of North Carolina's piedmont woodlands. It's rarely planted in Princeton, and for some reason the USDA site shows it as indigenous to most eastern states but not NJ. 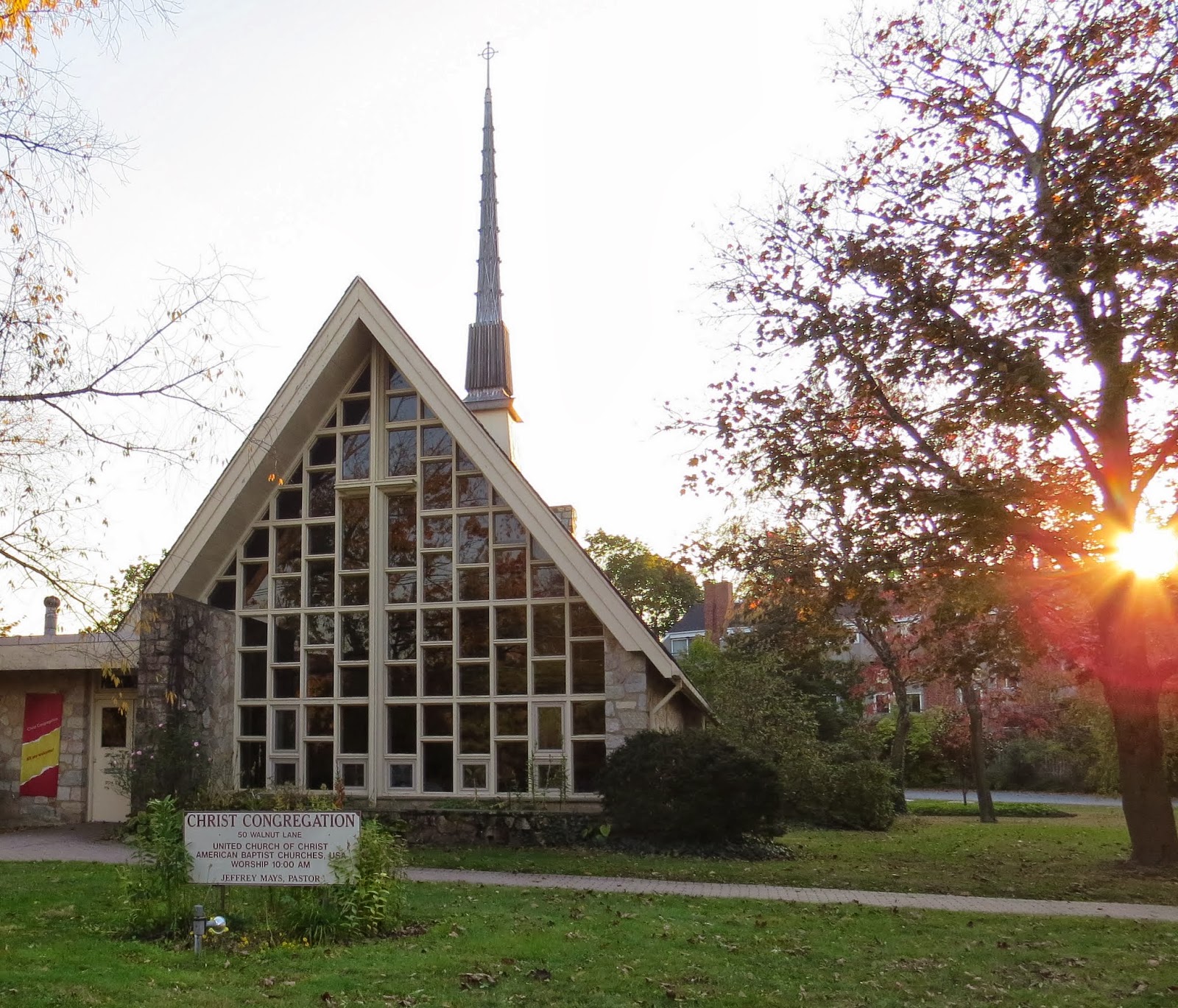 On Walnut Street, across from Princeton High School, the church has an interesting history with trees--a controversial one that came down some years back (see below), a new one coming up, and some nice mature specimens. 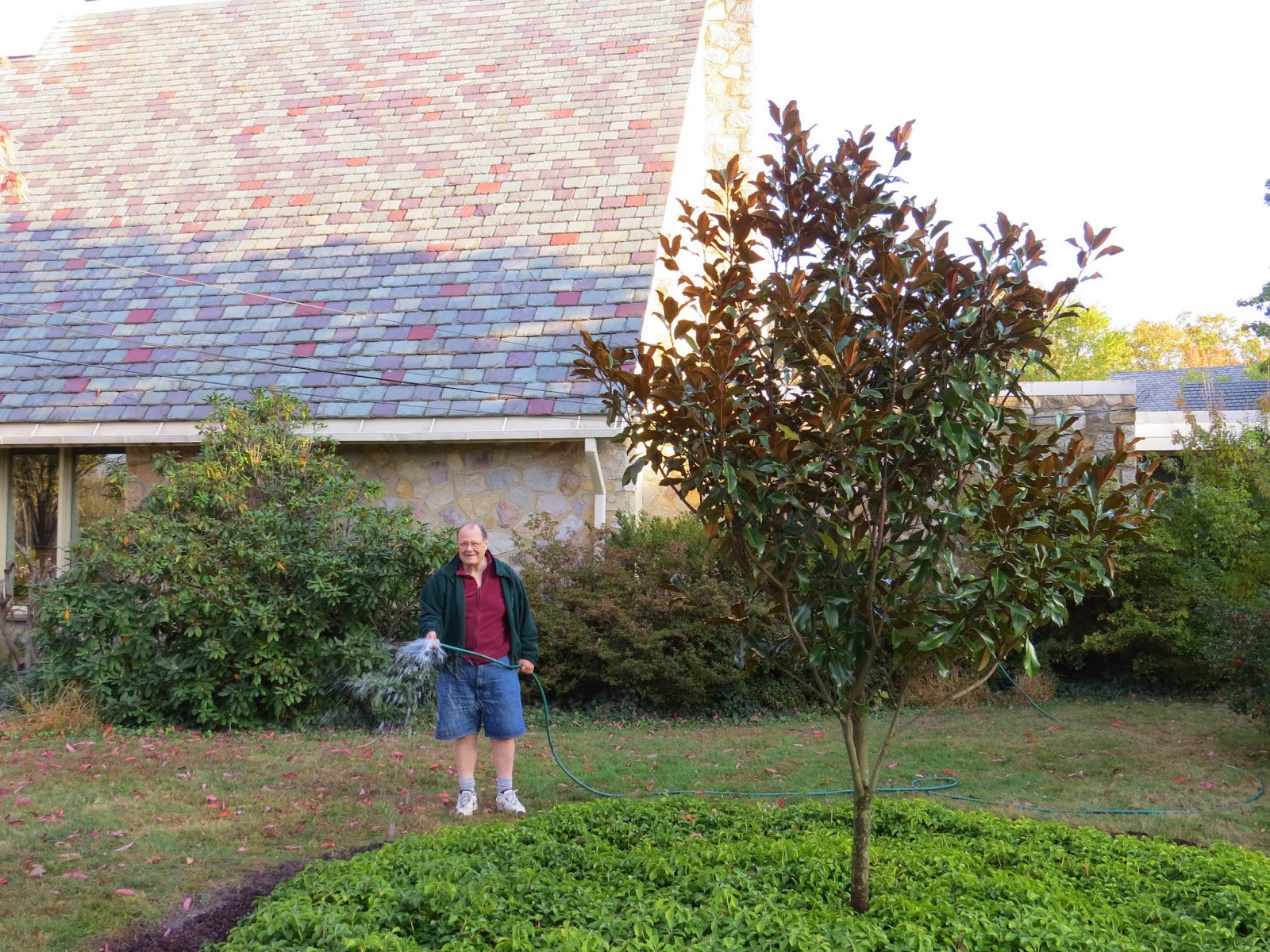 My visit happened to coincide with some bulb planting by Dwight Wilkinson, who declared he was a proud member of the PHS class of '62. The bulbs went in around a magnolia tree planted in memory of the church's five founders, one of whom was Dwight's father. 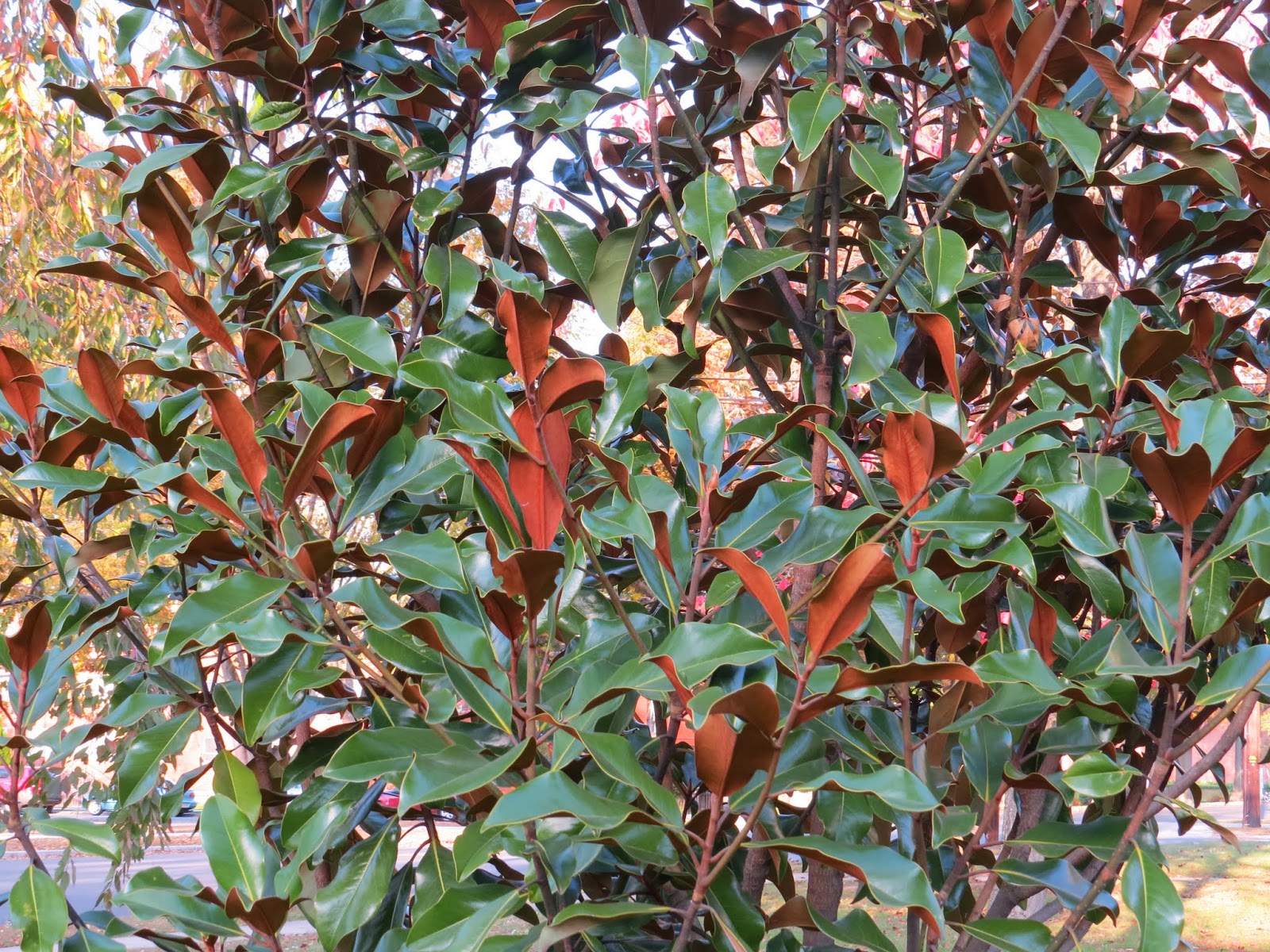 The magnolia turns out, like the sourwood, to be a species more typical further south--a southern magnolia (M. grandiflora). This particular cultivar, according to Dwight, is more cold-tolerant, with bright coppery undersides to the leaves. The sourwood's distinctive golden seeds--its genus name Oxydendron refers to the finger-like rows of seeds--contrast with the brilliant red foliage. Dwight was glad to finally learn the tree's identity. 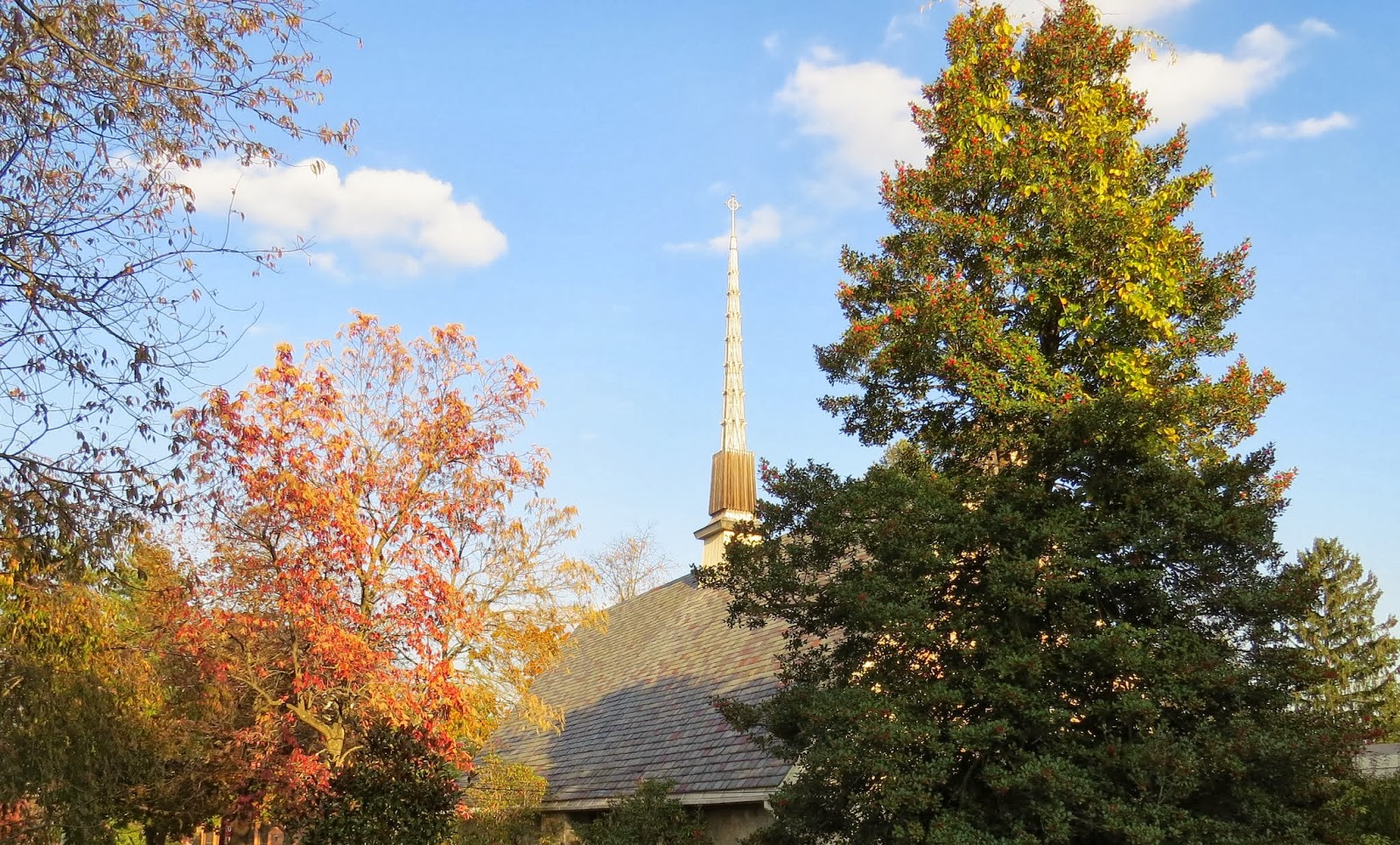 The two sourwoods are on the left, with an impressive specimen of American holly on the right. 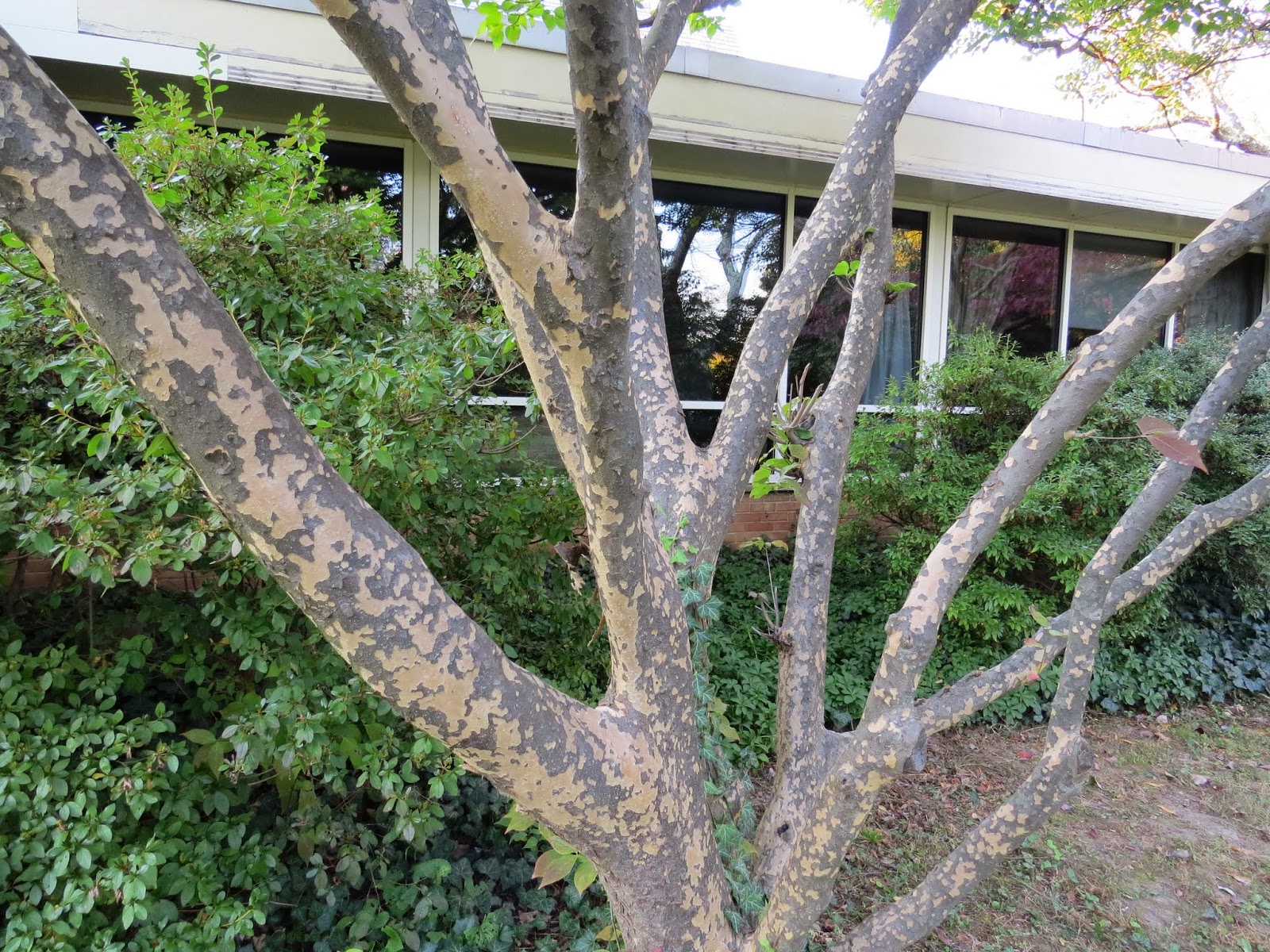 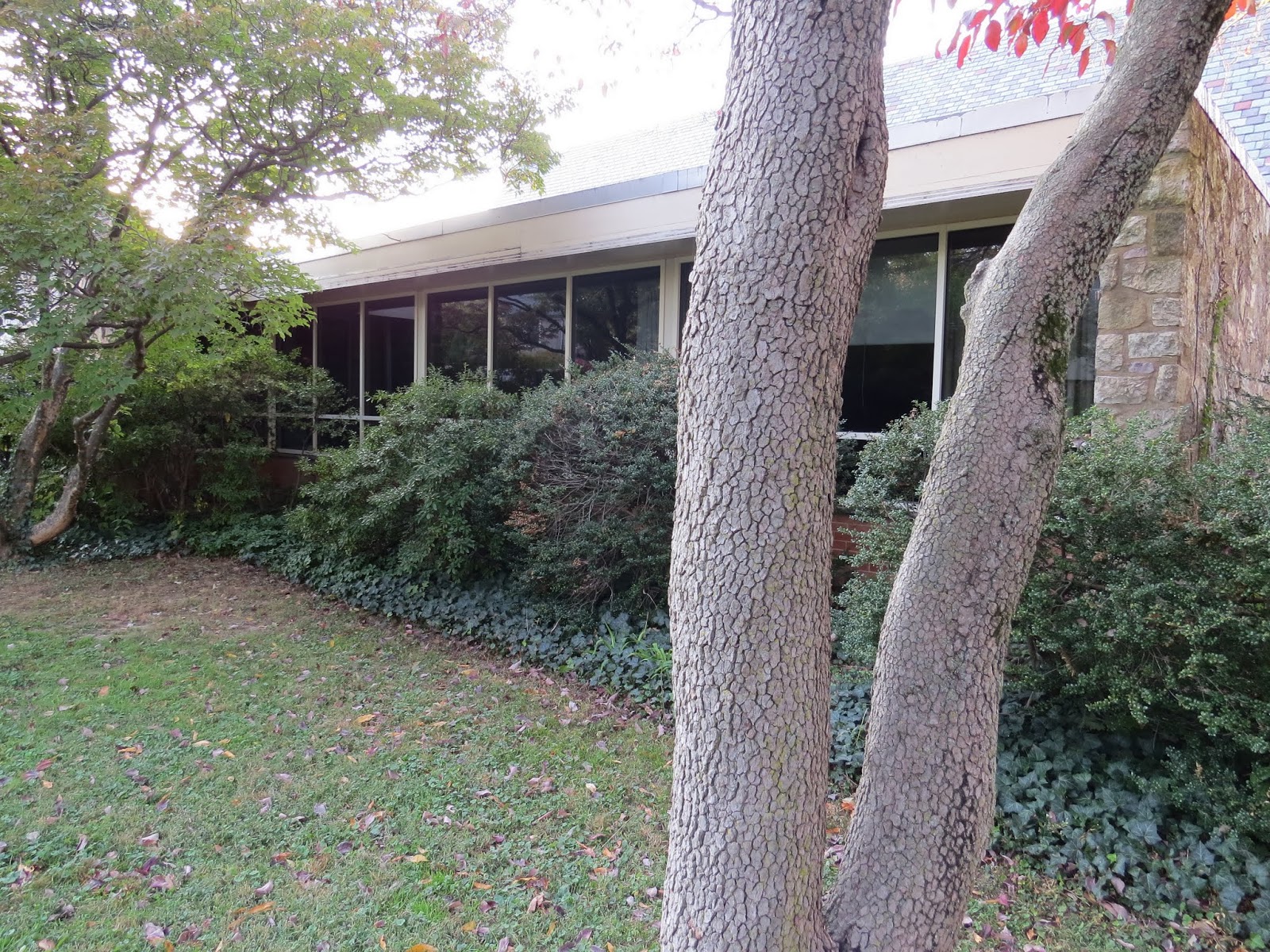 with the cobblestone-patterned bark of the native dogwood (Cornus florida).

The controversial tree that came down years back was a big beautiful pin oak that was sacrificed so that the church could install solar panels in back, on the flat part of the roof. The relevant shade tree commission (borough?) defended the tree, but the church group brought data to the Princeton Environmental Commission, which I was on at the time, showing that the solar panels would reduce CO2 emissions by many times more than what the tree could absorb over its lifetime. Plus, the panels shade the roof from the sun much like a tree, and may provide some insulation in the winter. Only after considerable persistence did the church finally get permission to take the tree down. Even though the tree had looked to be in excellent condition, the town arborist later told us the cut portions showed signs of bacterial leaf scorch.