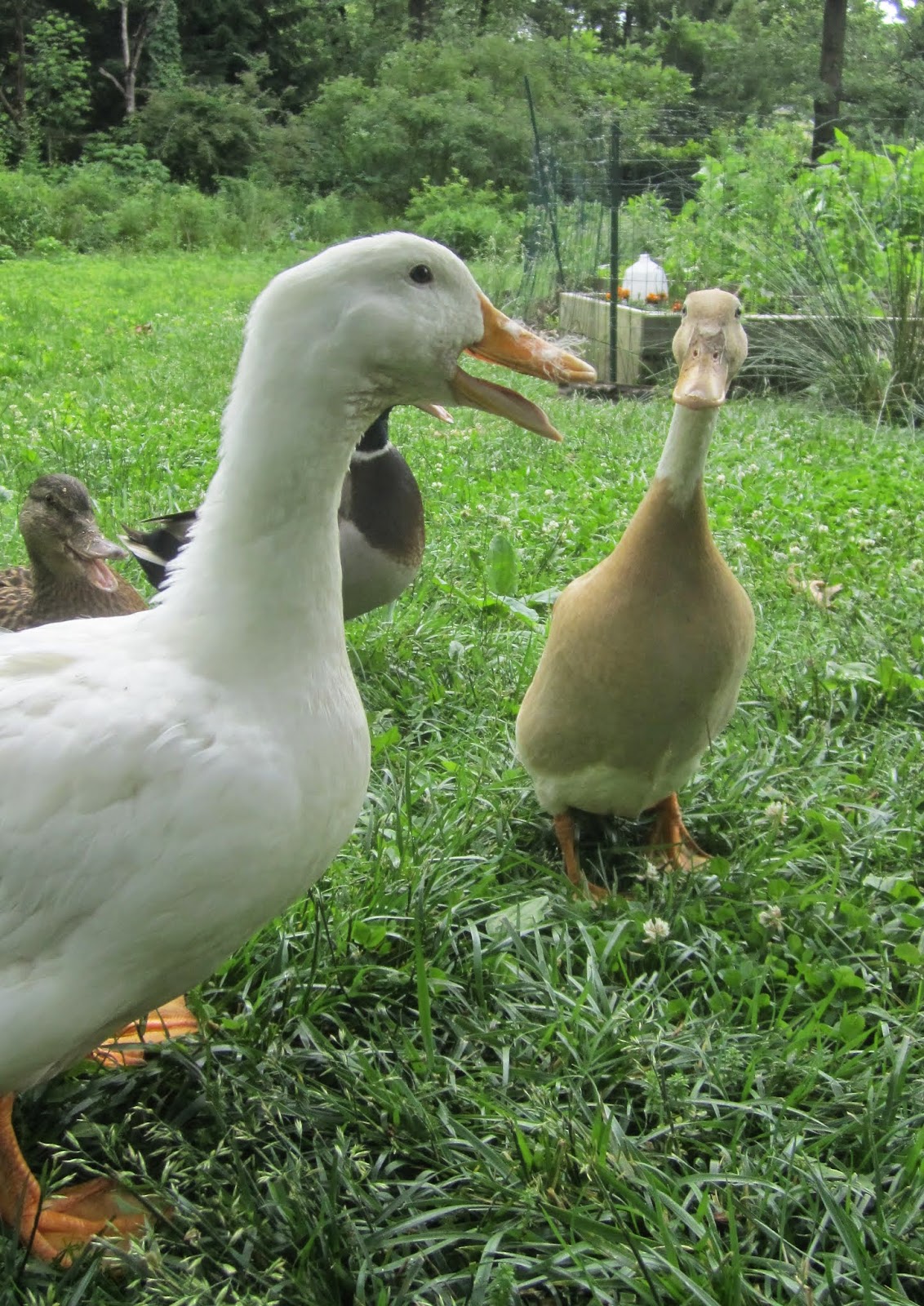 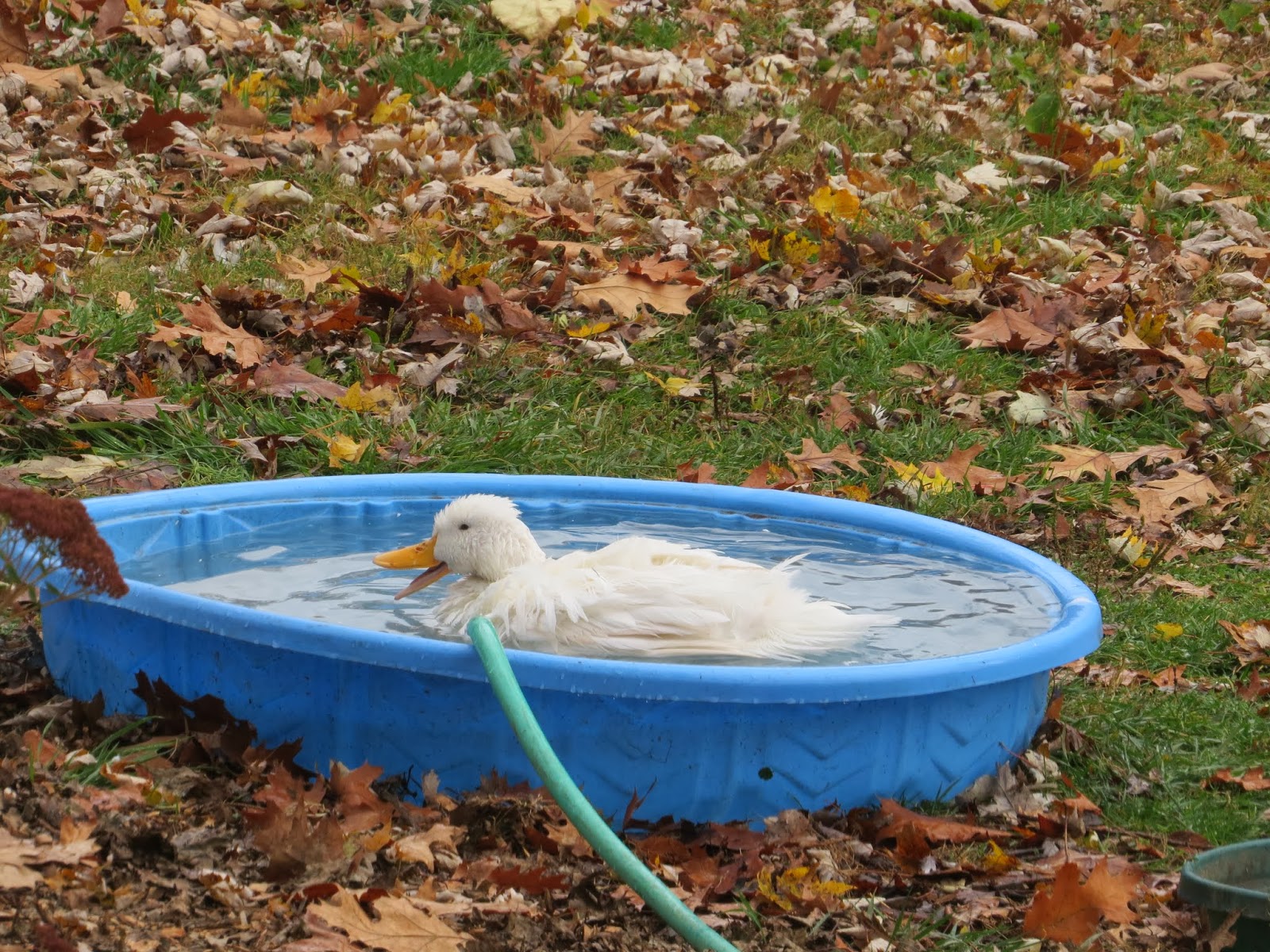 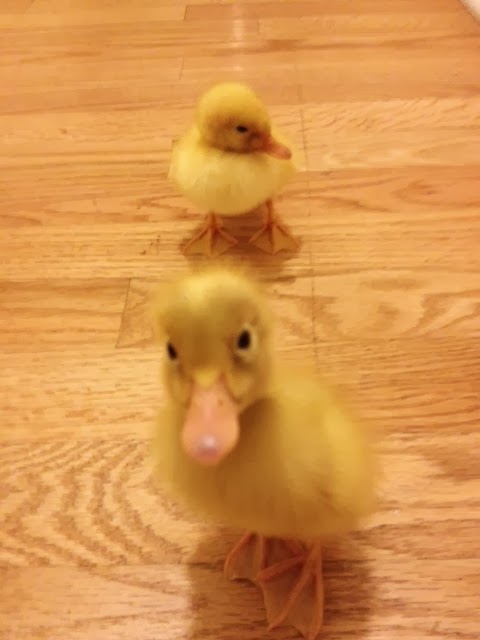 Hard to believe they were once a living version of rubber duckies, little more than a day old, freshly delivered from California in a cardboard box to the Princeton post office out on Route 1. 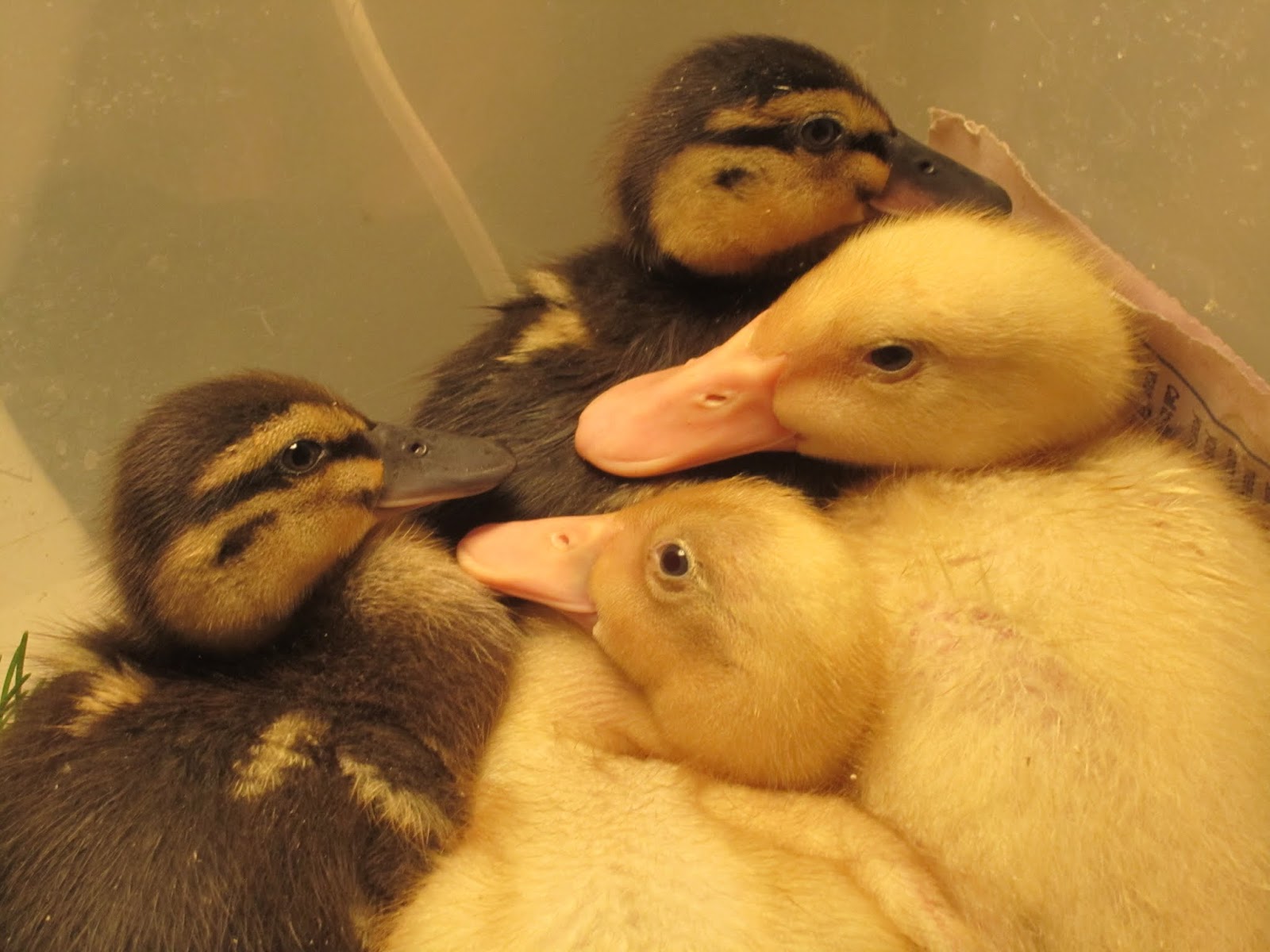 If any month can be called normal for receiving ducks in the mail in New Jersey, it's definitely not November. Still, things worked out. They and their baby mallard companions lived their first days and weeks in a spare bathtub with furniture provided by our younger daughter. The accommodations came with all you can eat oatmeal and starter food from a farm supply store just up the road. 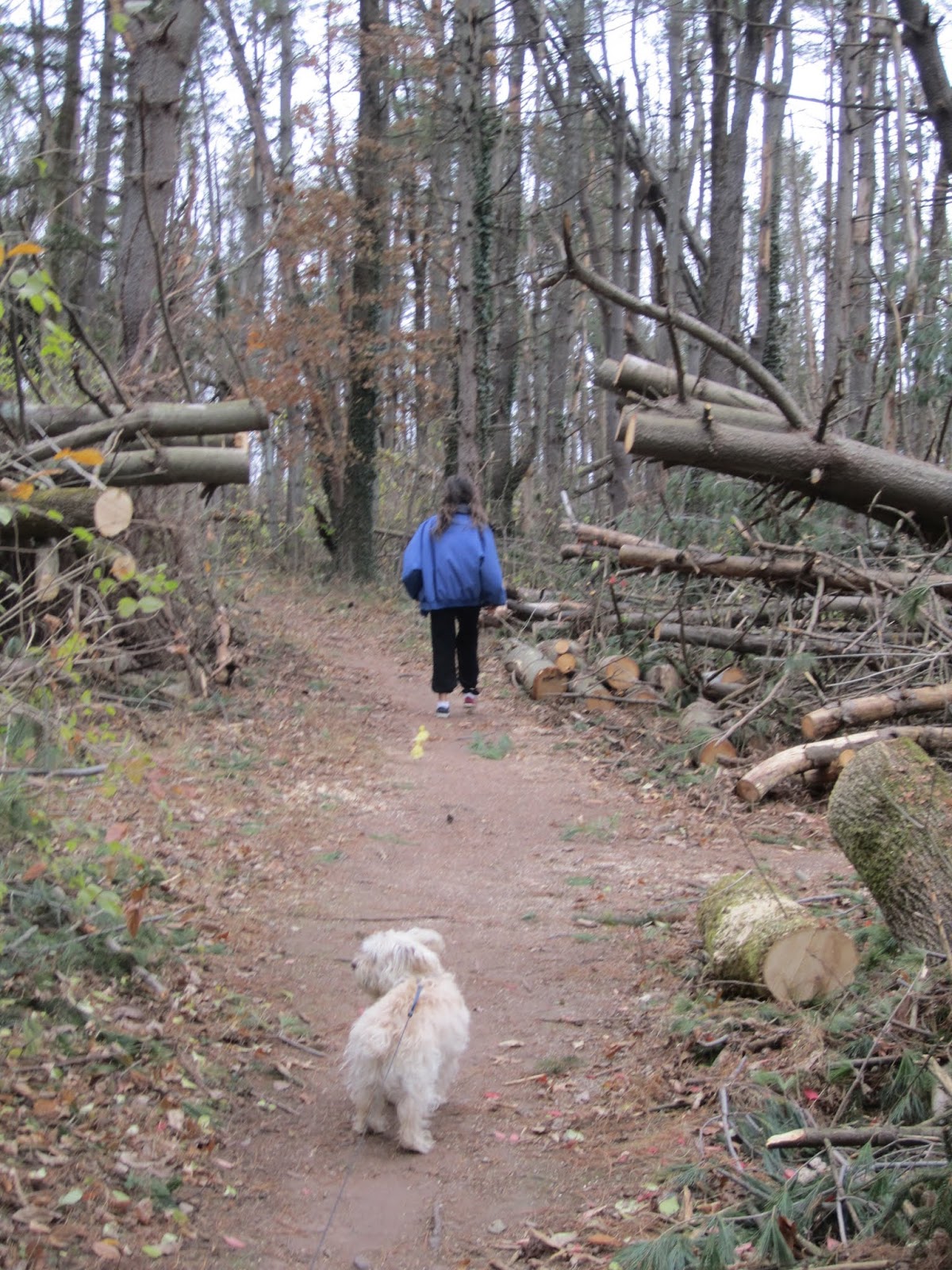 From day one, they were ready to follow us anywhere, including an extensive hike in the local nature preserve. 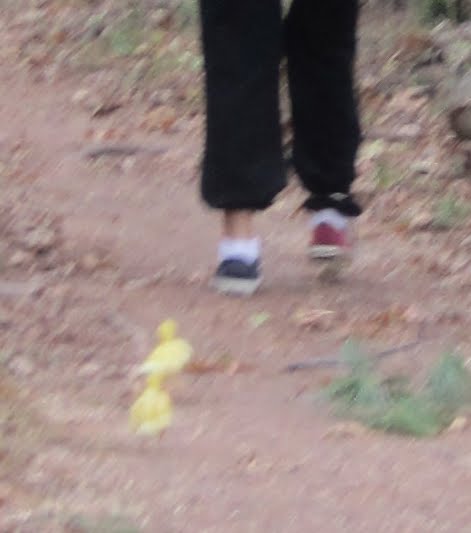 That is they, down by her feet. 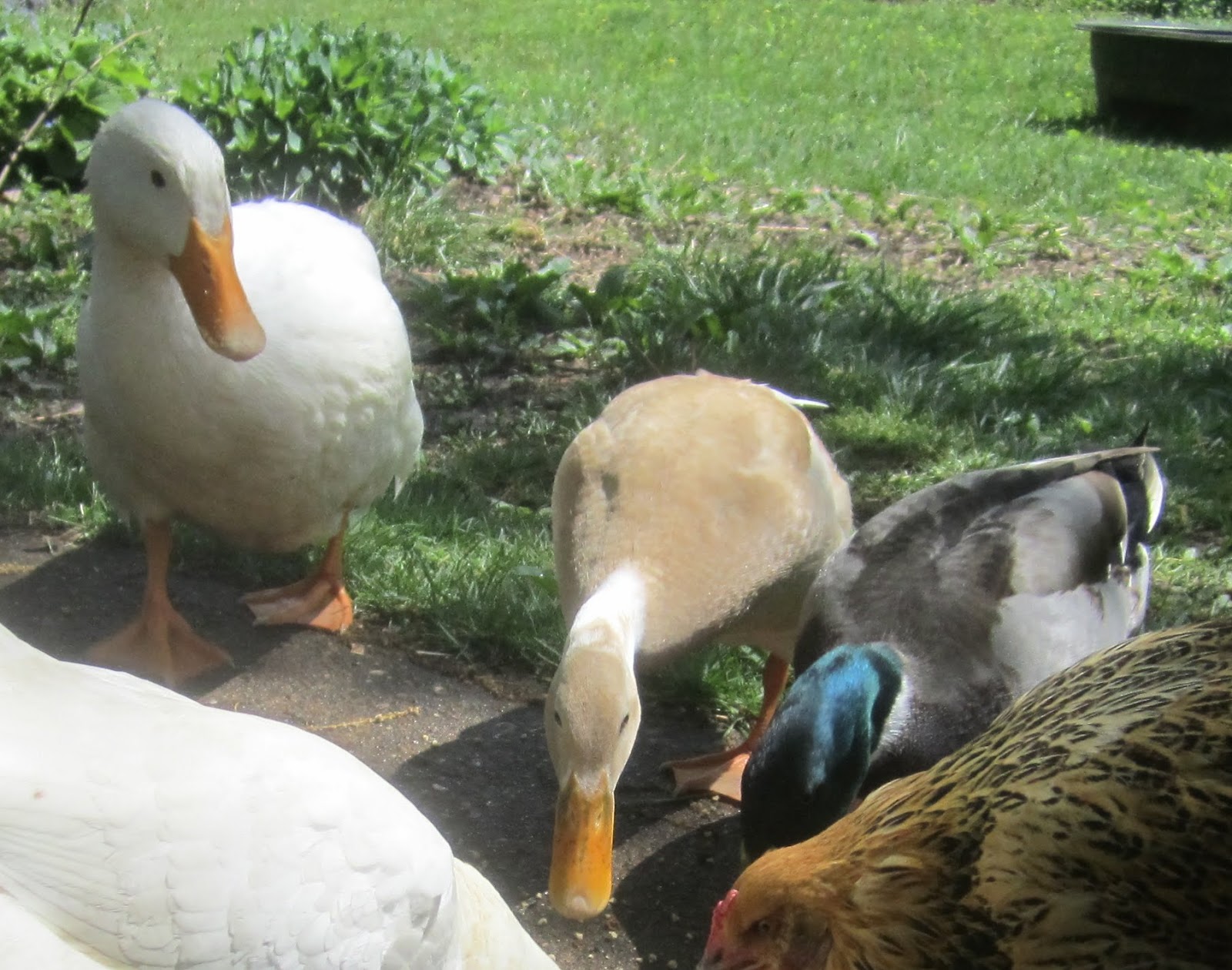 Daisy, upper left, is a Pekin duck with a mass to wing ratio that makes flight beyond a few feet problematic, but I like to think that her impressive size and personality is helping give hawks second thoughts about swooping in.

The other ducks, particularly the mallards, could have flown off long ago, but have apparently found our wildflower and shrub-strewn backyard sufficiently entertaining and bountiful to hold their interest. They get along fine with our two chickens and live together in the homemade coop. (The mallards have since moved to the country, which is a separate post.) 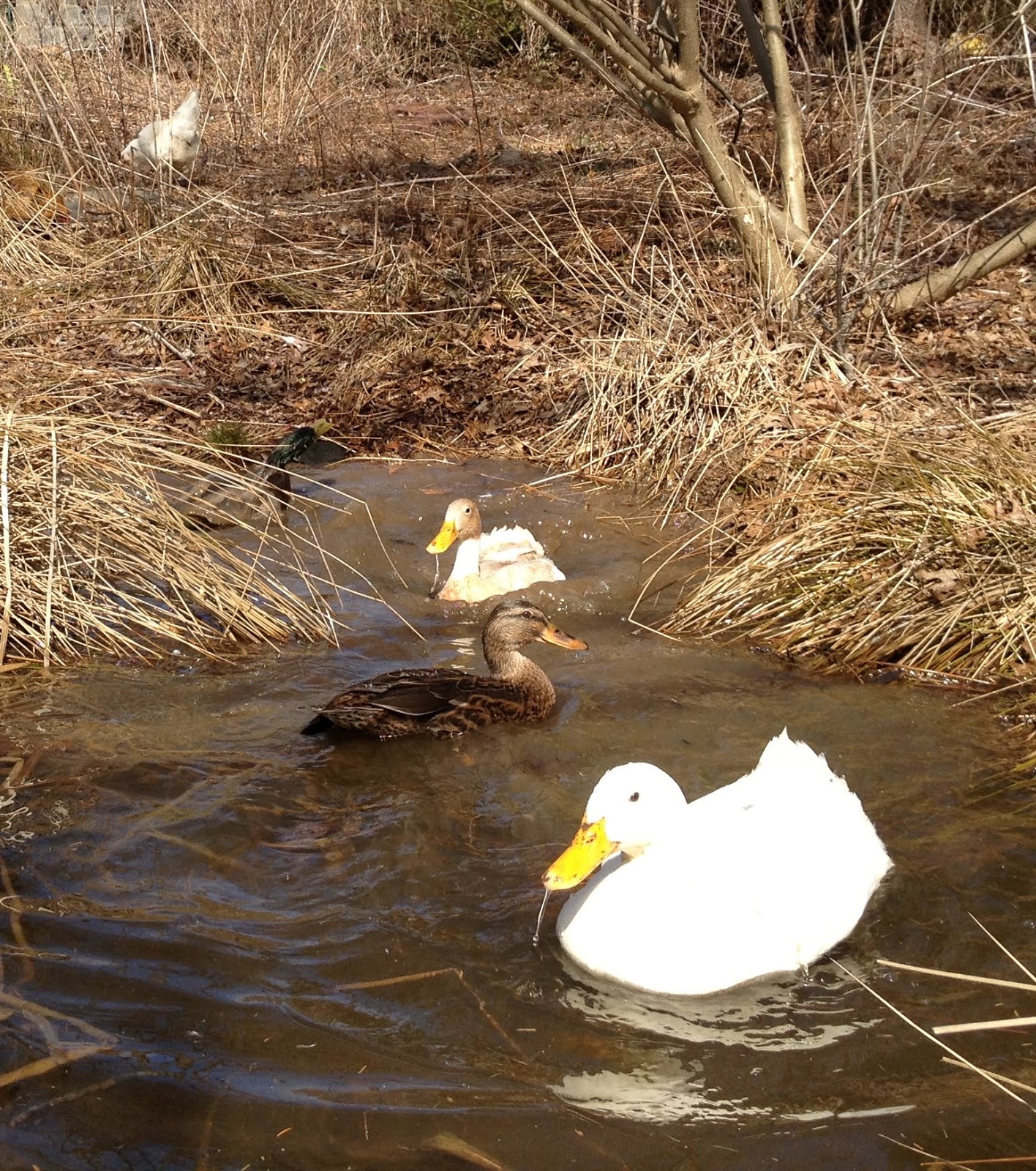 The mini-ponds were a plus during the rainy spring and summer, though lack of heavy rains in recent months has left them dry. 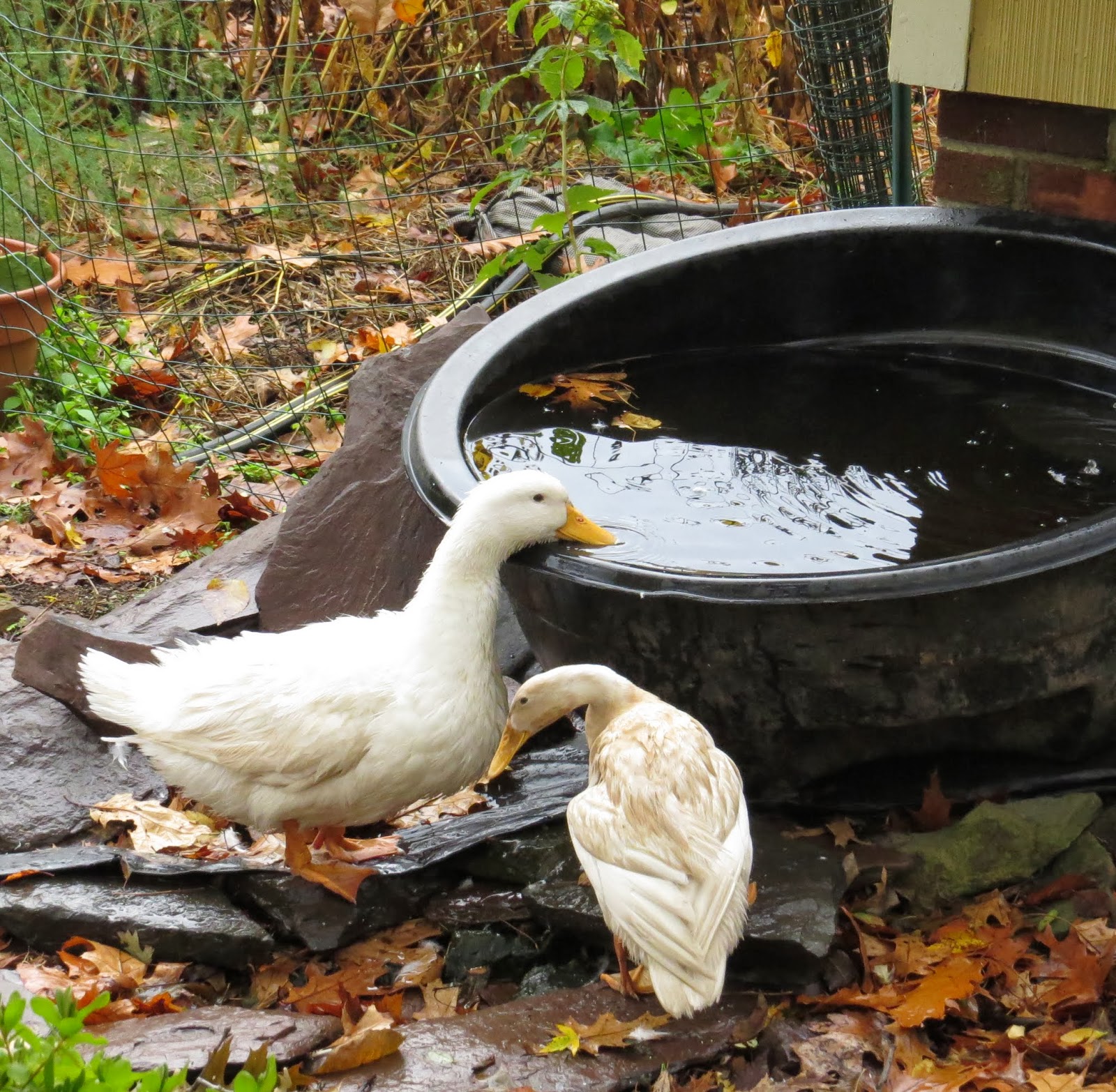 Molly, on the right, is a runner duck who expresses a lot of her duck thoughts and feelings by bending her neck in various directions as she walks. The tub gets filled with runoff from the roof, and can be tipped over and emptied if mosquito larvae show up, or if the ducks make the water muddy.

The ducks are quiet most of the time, but can get into conversations. Neighbors tell us they like hearing them, and the sounds must come as a surprise to users of the public park behind our house.

Beyond an occasional coop cleaning, there isn't much more to having them than opening the coop up in the morning, giving them food and water, and making sure to close the door of the coop at dusk after they've gone back in. It's nice to have pets that really enjoy the yard. 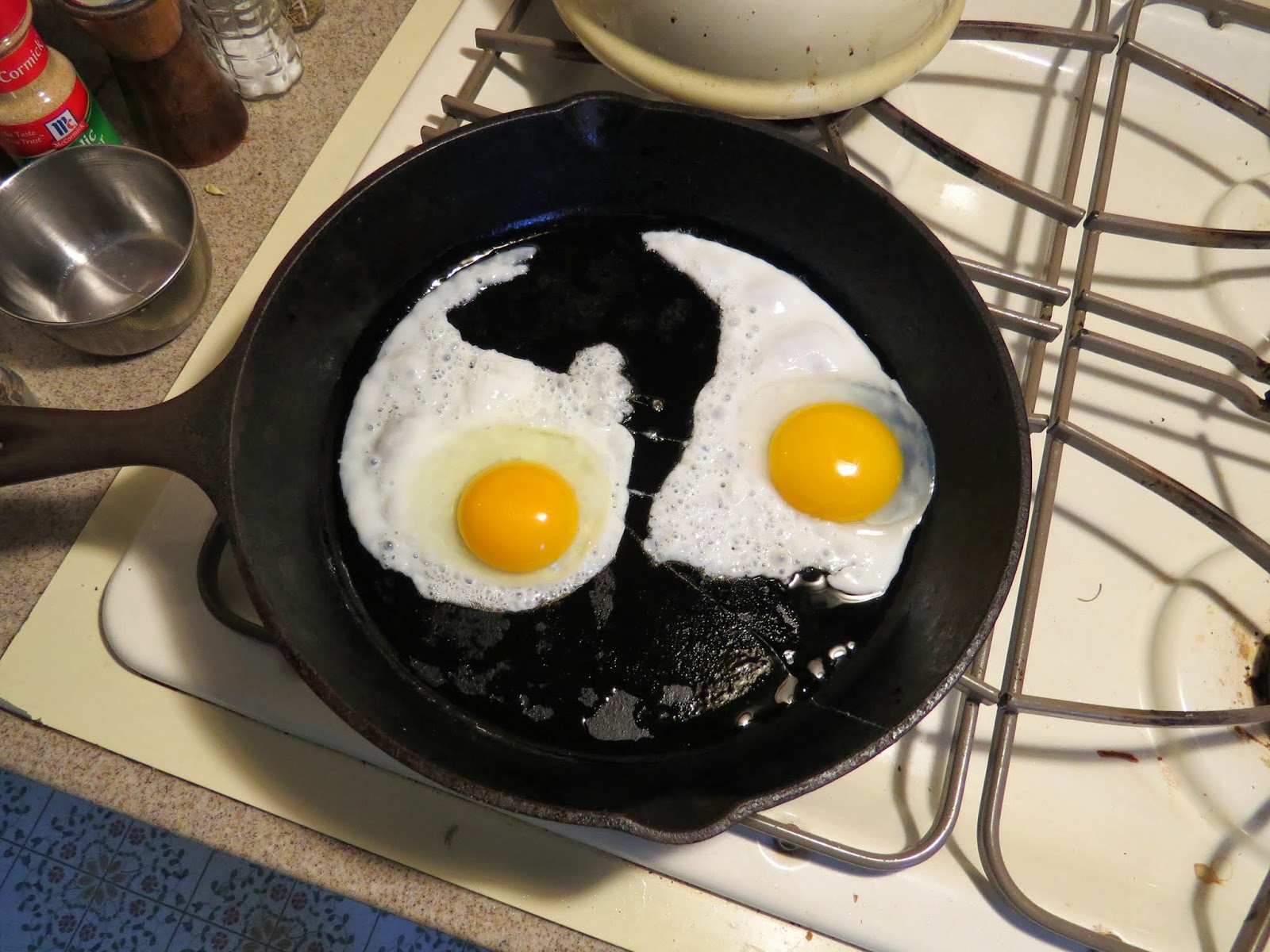 When it comes to ducks and giving, we get far more than we give, with each of the ducks bearing an egg a day.