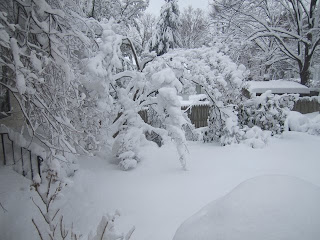 Repeated snowstorms this winter, while burying us in their beauty, have laid bare the English language's paltry vocabulary for describing winter's crystalline creativity. "Wintry mix" only goes so far. Nor will importing Eskimo terms like aqilokoq and piegnartoq rescue us from this deficit. We need words that grow out of our own cultural soil, locally coined--words we can use to heap praise or hurl insult, as we gaze in wonder at the opulent beauty of it all, or curse the foot of snow covering the sidewalk.

To fill the linguistic void, I offer the following illustrated glossary, primarily developed during the winter of 2011, when the atmosphere's wizardry was on full display. Study these terms carefully, and you will be better prepared for the next time the heavens let loose with some snowlike substance. An accompanying post, entitled Snowbound Language, uses these terms to tell a precautionary tale of what can happen when snow begins to blanket not only the physical world but our language as well. 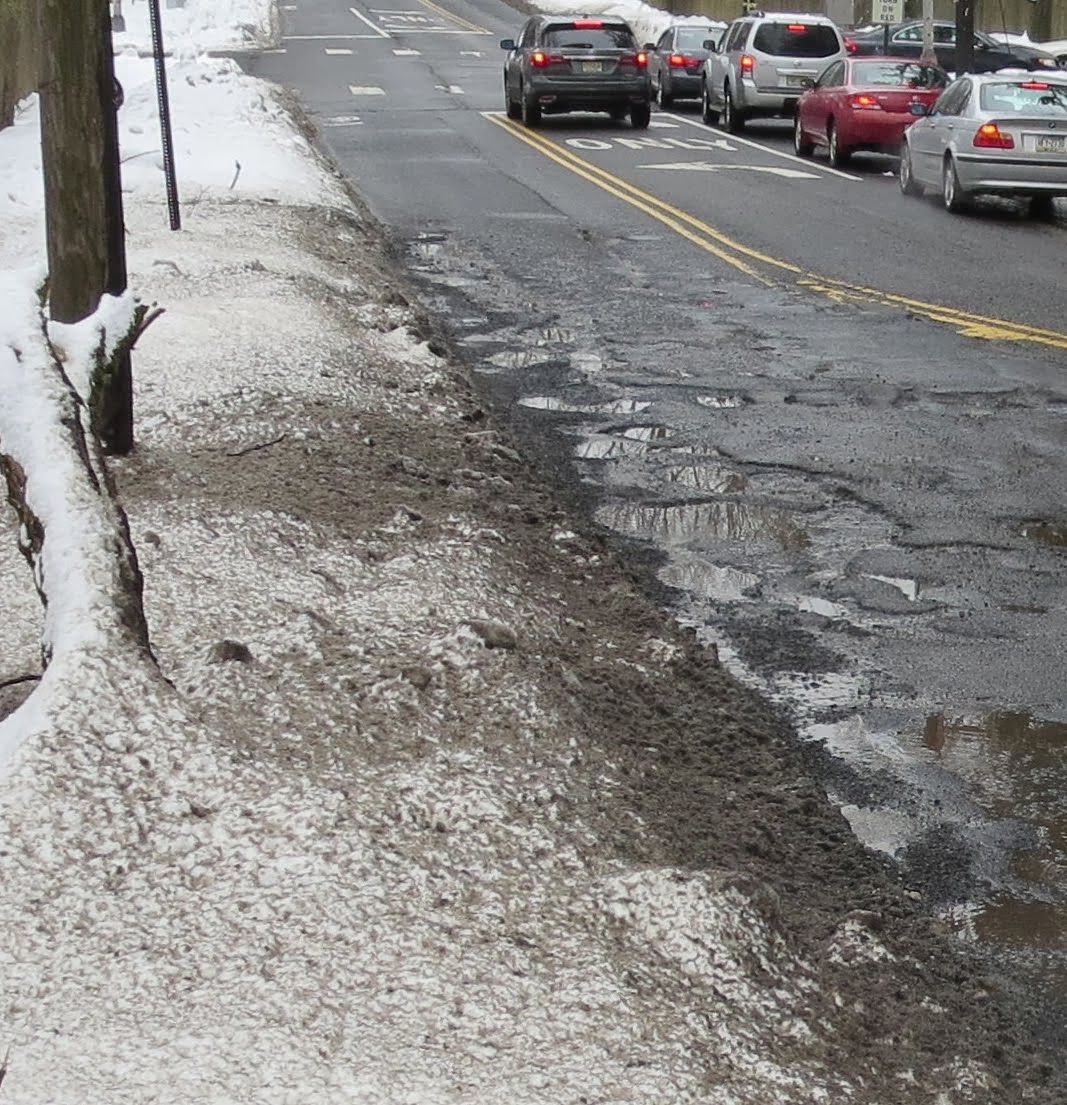 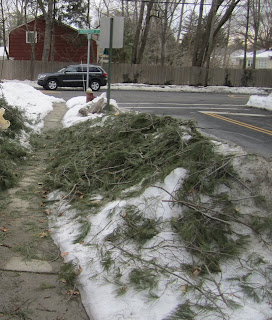 Snapples: tree limbs broken off by the weight of the snow 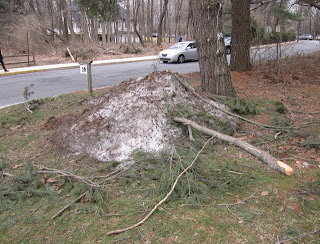 Snapples and snirt lingering after a thaw. 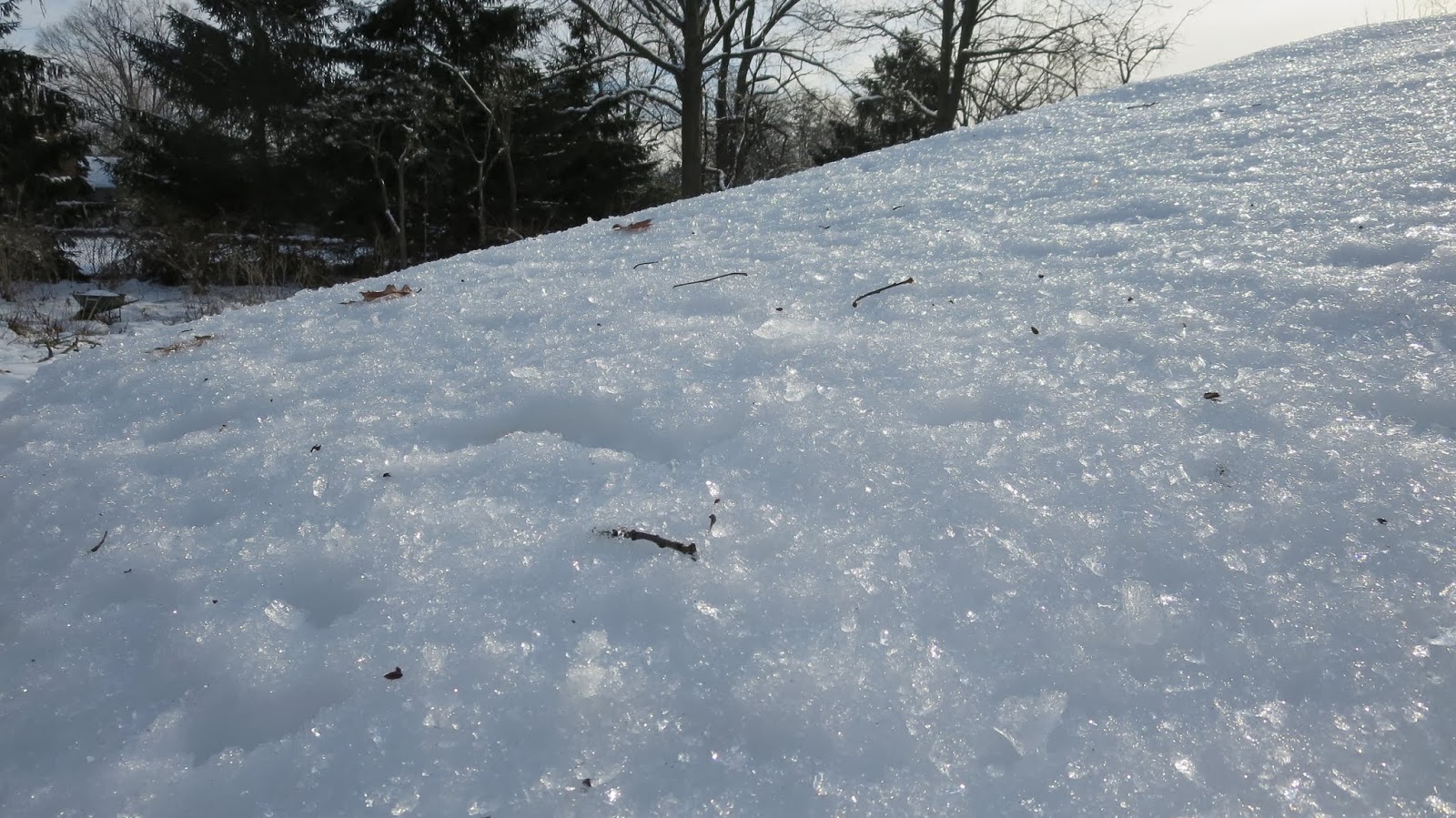 Snight: light reflecting off of snow. Also, a snow-covered night 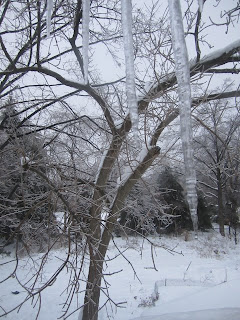 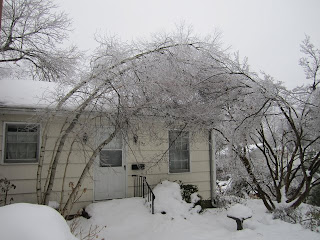 Snoodle: A weak-trunked tree that bends over under the weight of snow and/or ice.

As in: "The trees had long since become snees, and snain had turned many a weak-trunked snee into a snoodle. “Once a snoodle, always a snoodle,” worried Snaddy, looking at a birch snee arched completely over in front of a snouse."

Kerfluffle: The falling of fluffy snow onto your head when you bump into a snow-covered branch. 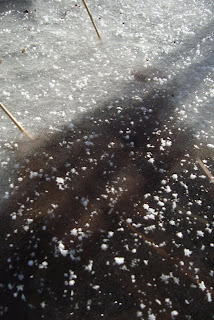 Snubbins: snow that falls in the form of tiny beads 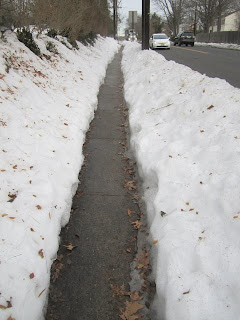 Snidewalk: A narrow channel carved through deep snow to allow passage. Also called a sneezeway, because one has to squeeze through it, often while sneezing.

Snazeycake: Snow glazed with a topping of freezing rain.

Snibble: A diplomatic term for any snow of ill-defined category whose name would otherwise be quibbled over.

This vocabulary can easily be expanded by replacing the consonent at the beginning of a word with "sn", to describe that object or action when it is covered with snow. A snow-covered dog, daughter, day or chortle become, respectively, or disrespectfully, a snog, snaughter, snay and snortle. For practice, try applying this rule to "tiny tot". Additional examples can be found in the accompanying short story, Snowbound Language.
Posted by Steve Hiltner at Sunday, February 23, 2014