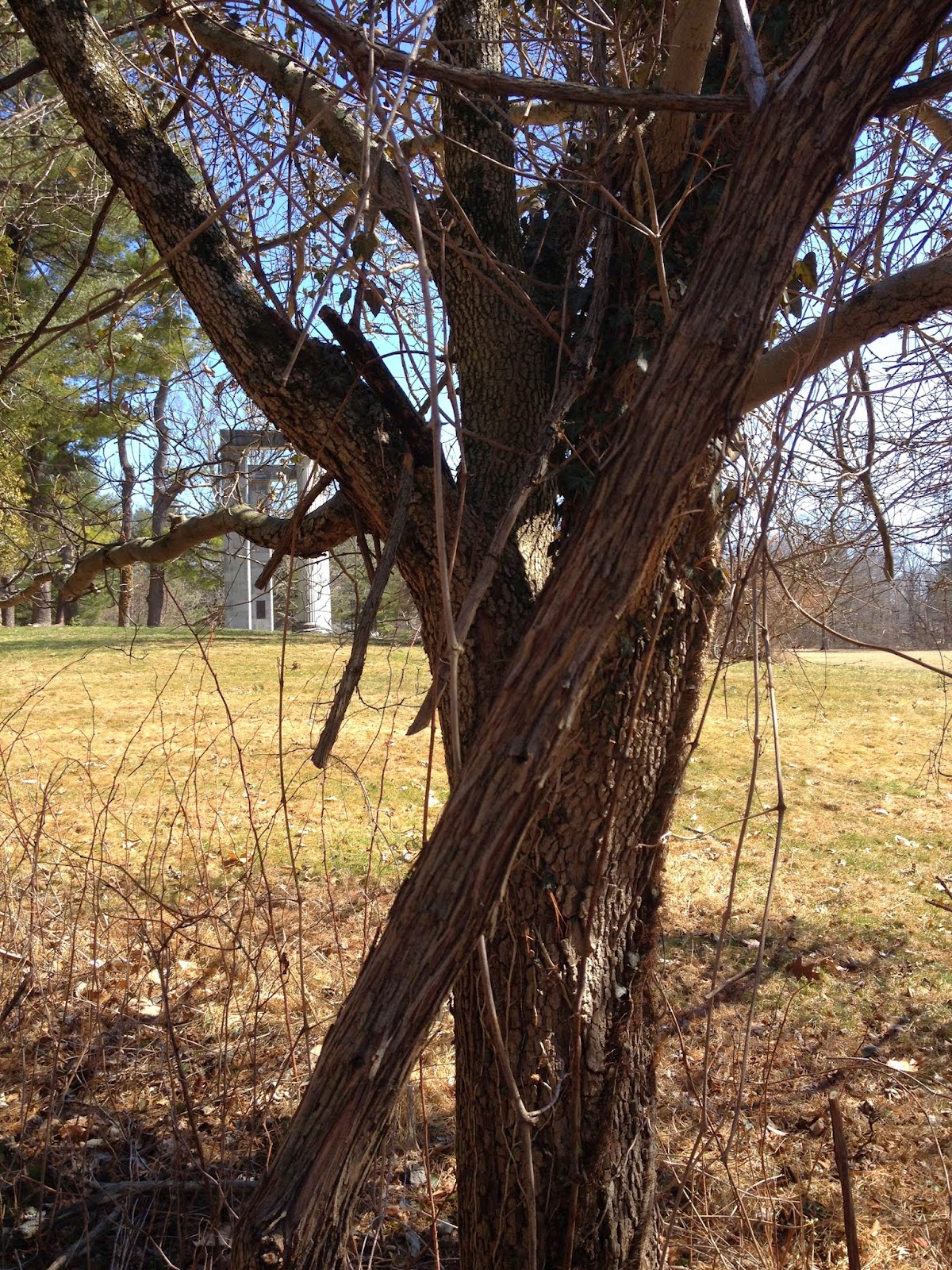 In the foreground is a thick stem of wild grape vine, angling from left to right. Just behind it is a dogwood tree laden with vines. Beyond are the pillars and lawn of the Princeton Battlefield. There's symbolism in the wild grape's angle, like those circular symbols with a line angling across that mean "No!". Some fifteen dogwoods lining the edge of the Battlefield are being suffocated by the vines.

And there's symbolism in the dogwoods, which were donated to the Battlefield by the Dogwood Garden Club of Princeton, and planted in 1976 as part of the nation's bicentennial. The trees will be turning 40 next year, that is if they don't all get buried alive by the rampant growth of vines. 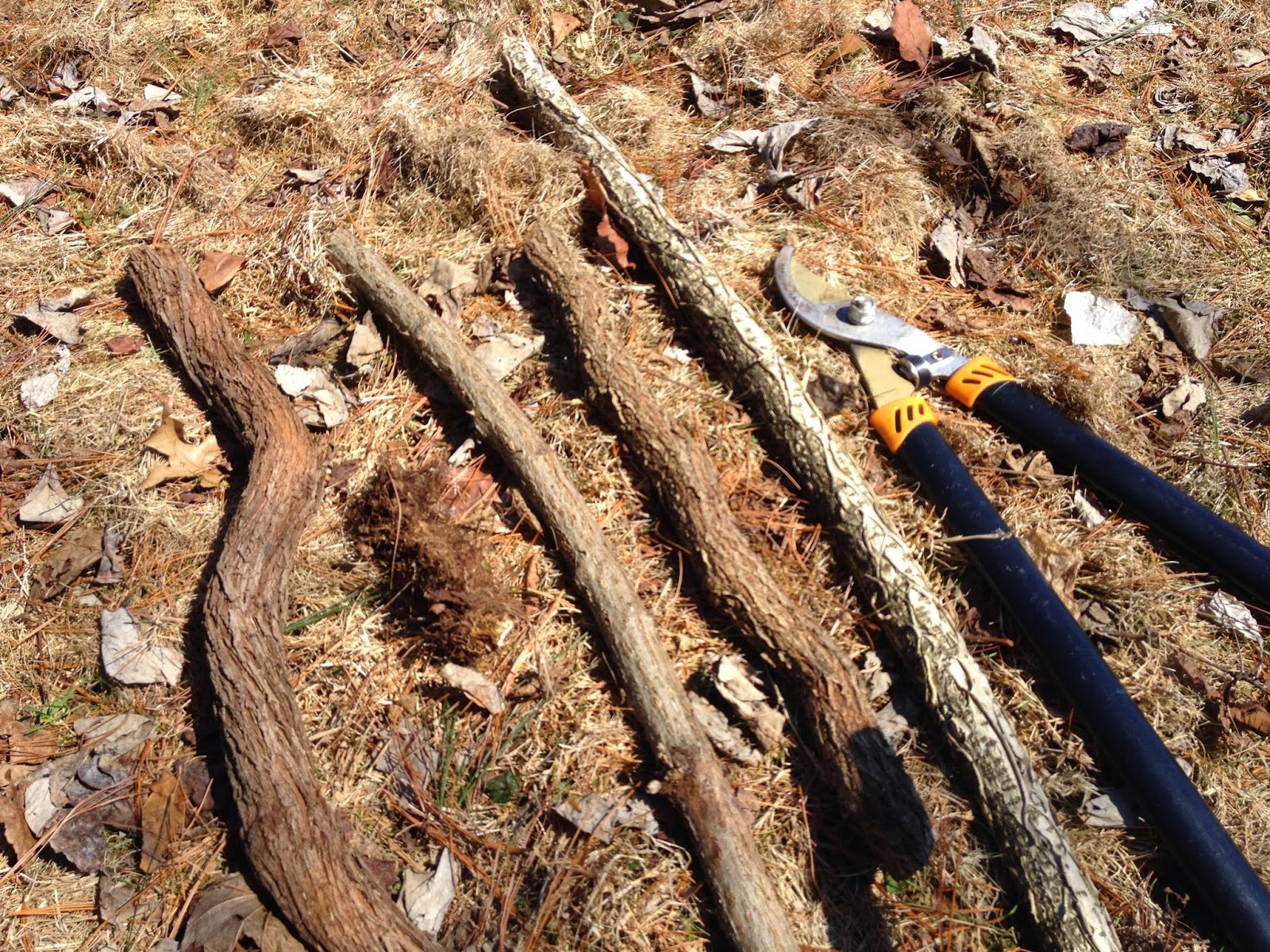 Sounds like a job for Mr. Sustainable, who stopped by this past week, ready to rescue the beleaguered trees with loppers and saw. The rough customers were, from left to right, wild grape, poison ivy (that little, hairy section that looks like a caterpillar), multiflora rose, porcelainberry, and asiatic bittersweet. Also present but somehow left out of the photograph were english ivy and Japanese honeysuckle. Together they could be called the Serious Seven. 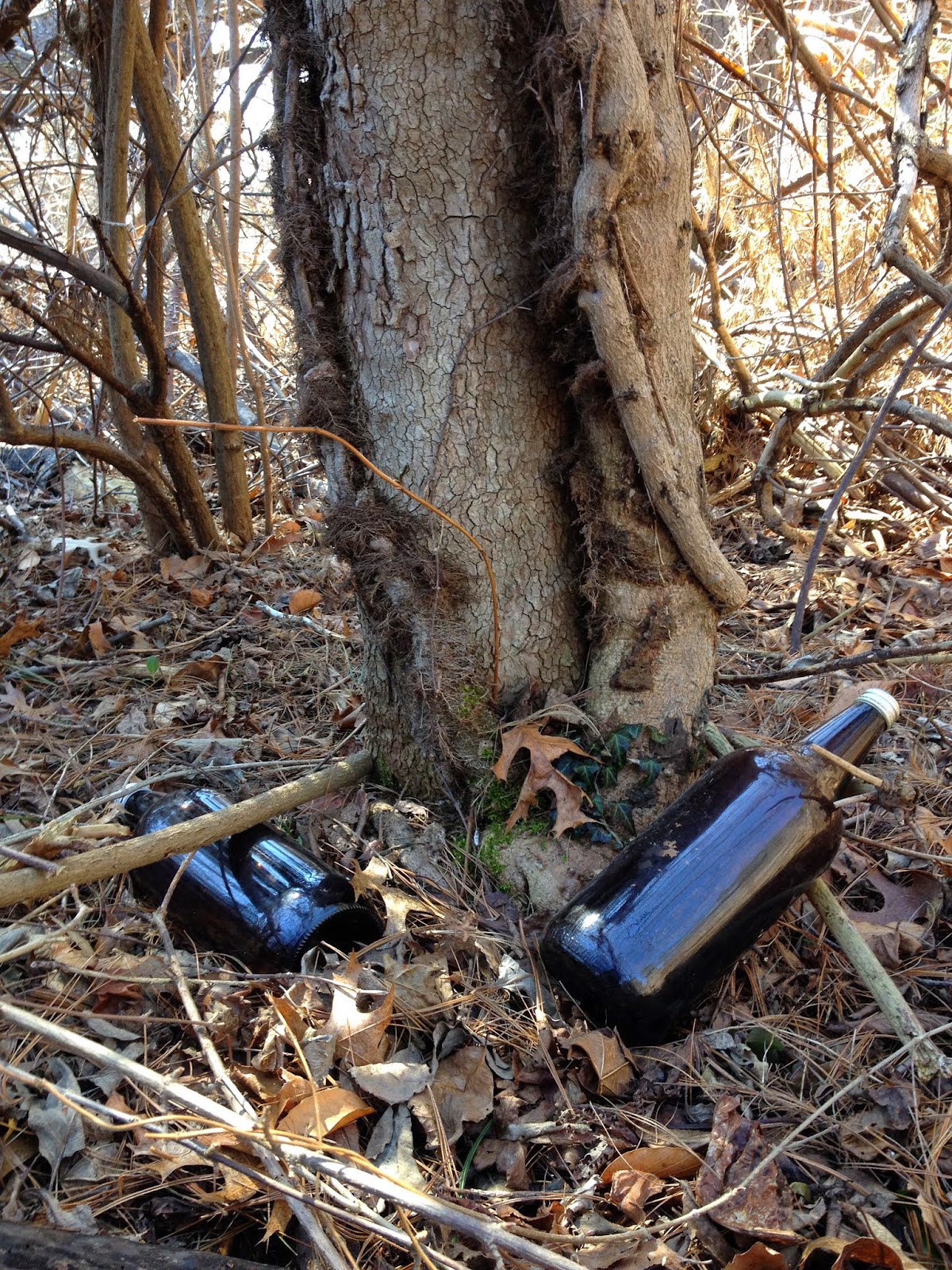 Mr. Sustainable found evidence of previous visitors who might have come to save the trees only to be pulled down by barley and another vine, hops, before they could counter this poison ivy's hairy embrace of the dogwood trunk. 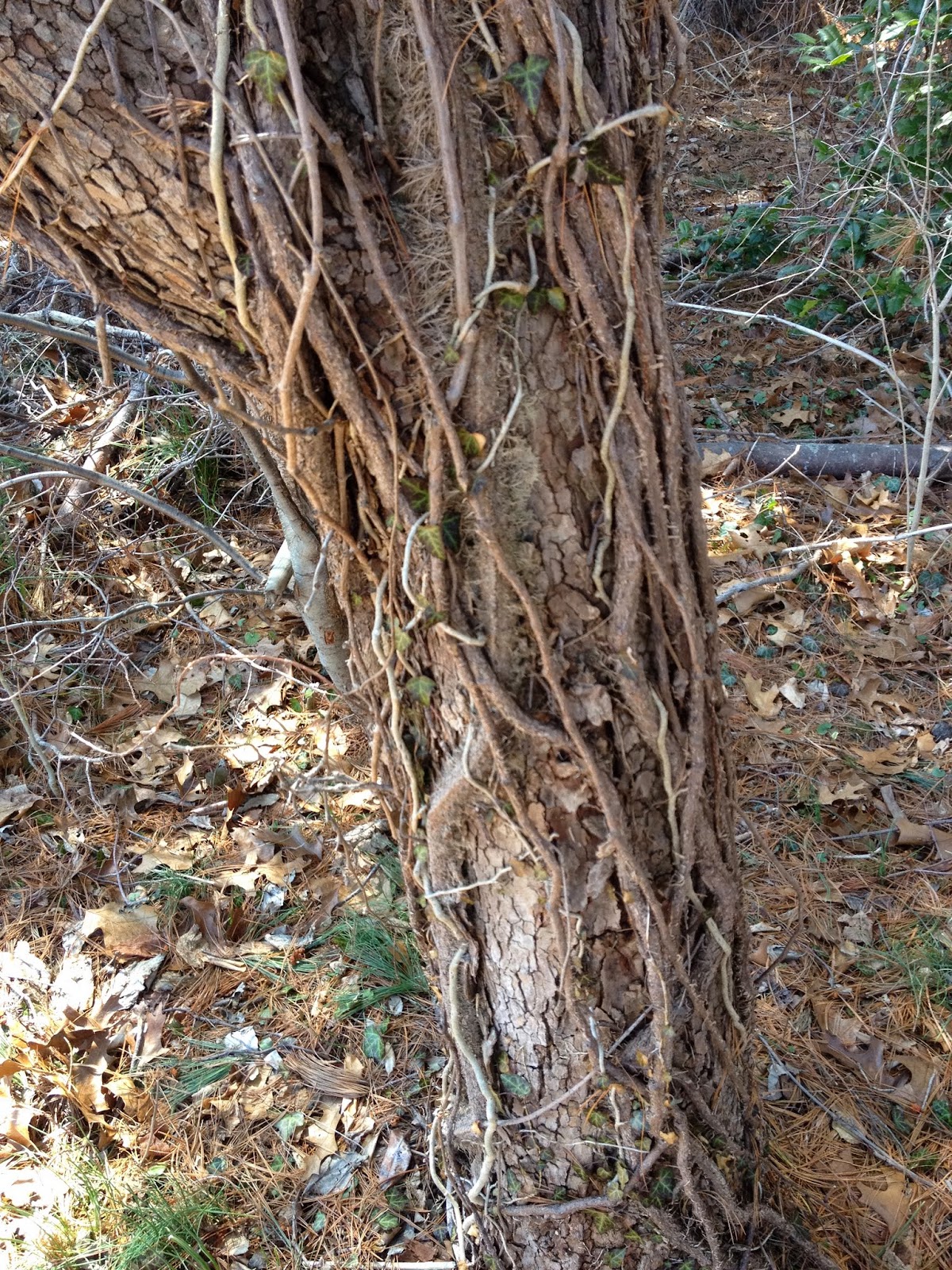 You can see the cobbly bark of the dogwood underneath this web of vines crawling upon it. 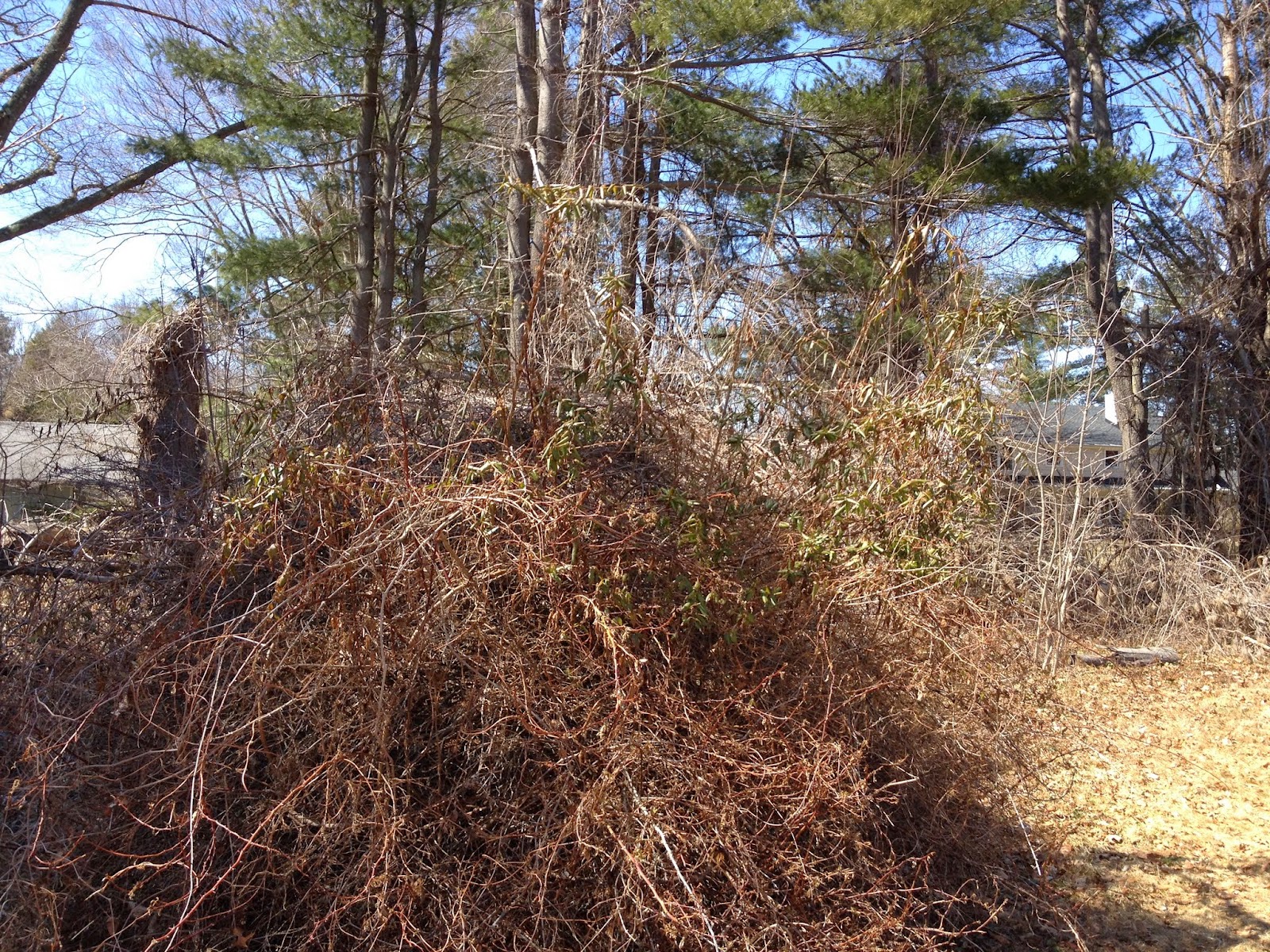 Some of the trees were really beaten up, not only by vines but also by the fallen limbs of towering white pines planted just behind them. 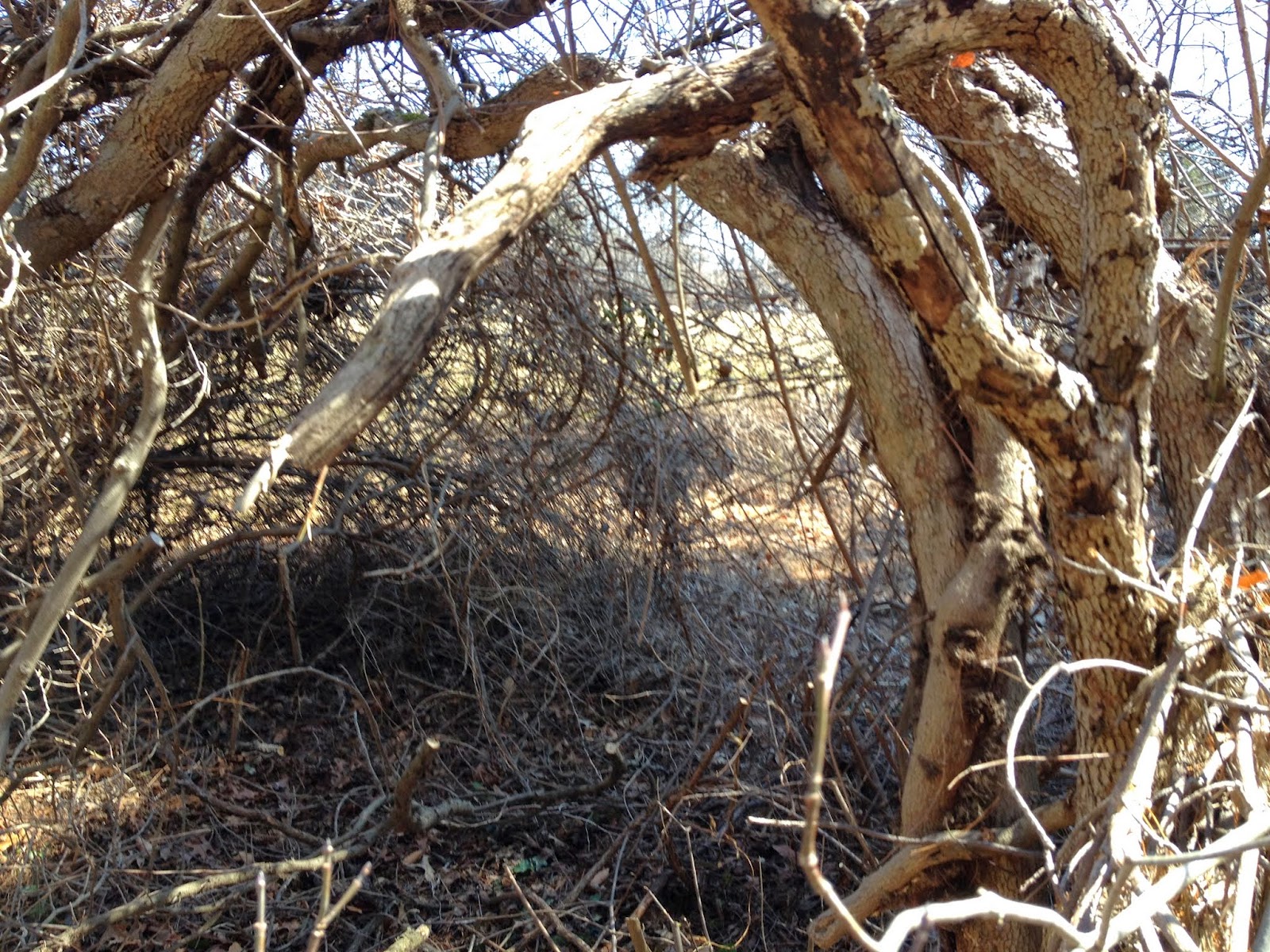 Underneath that mass of vines was a trunk warped by the weight and deprived of sunlight. 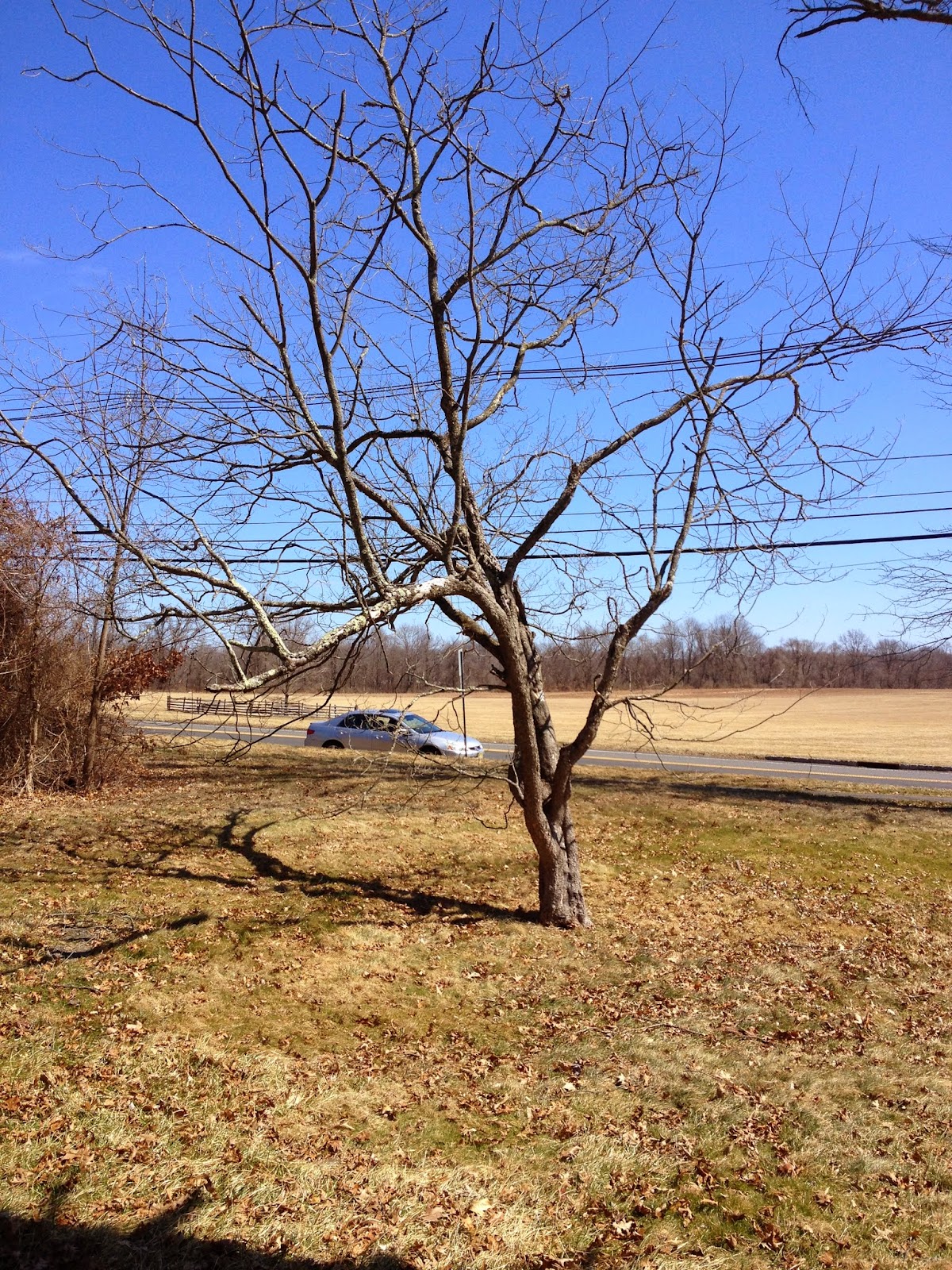 Here's a healthier specimen, planted closer to the street. In the distance is the Mercer Oak 2, whose symbolism eclipses all others on the property. It was a good day for Mr. Sustainable--a couple hours spent liberating fifteen dogwoods from viney oppression. A more thorough job, for someone else, would take much longer and involve limbing up the pine trees and doing much more to discourage the vines from a resurgence. Until then, the dogwoods will occupy a world, as in The Incredibles, that refuses to stay saved for long. But at least the the trees have a chance to rebound, and still grace the battlefield with spring flowers when they turn forty.