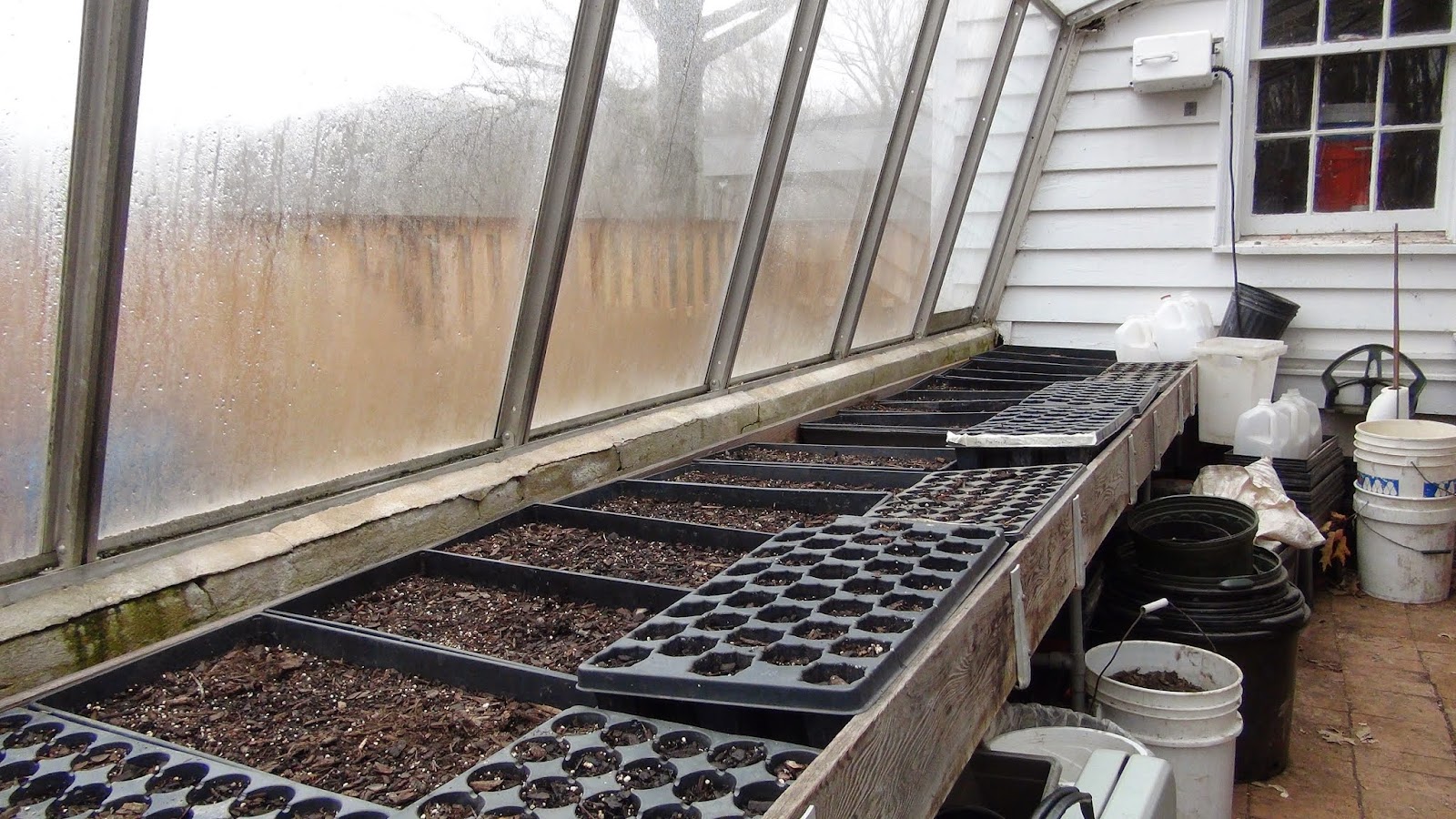 Beauty is in the eye of the beholder, and gardeners are the soothsayers of beauty. We see promise of future beauty where others may see black planting trays and brown soil. These trays, in the little greenhouse at Mountain Lakes House, are all set to grow native wildflowers for planting in restoration projects nearby. 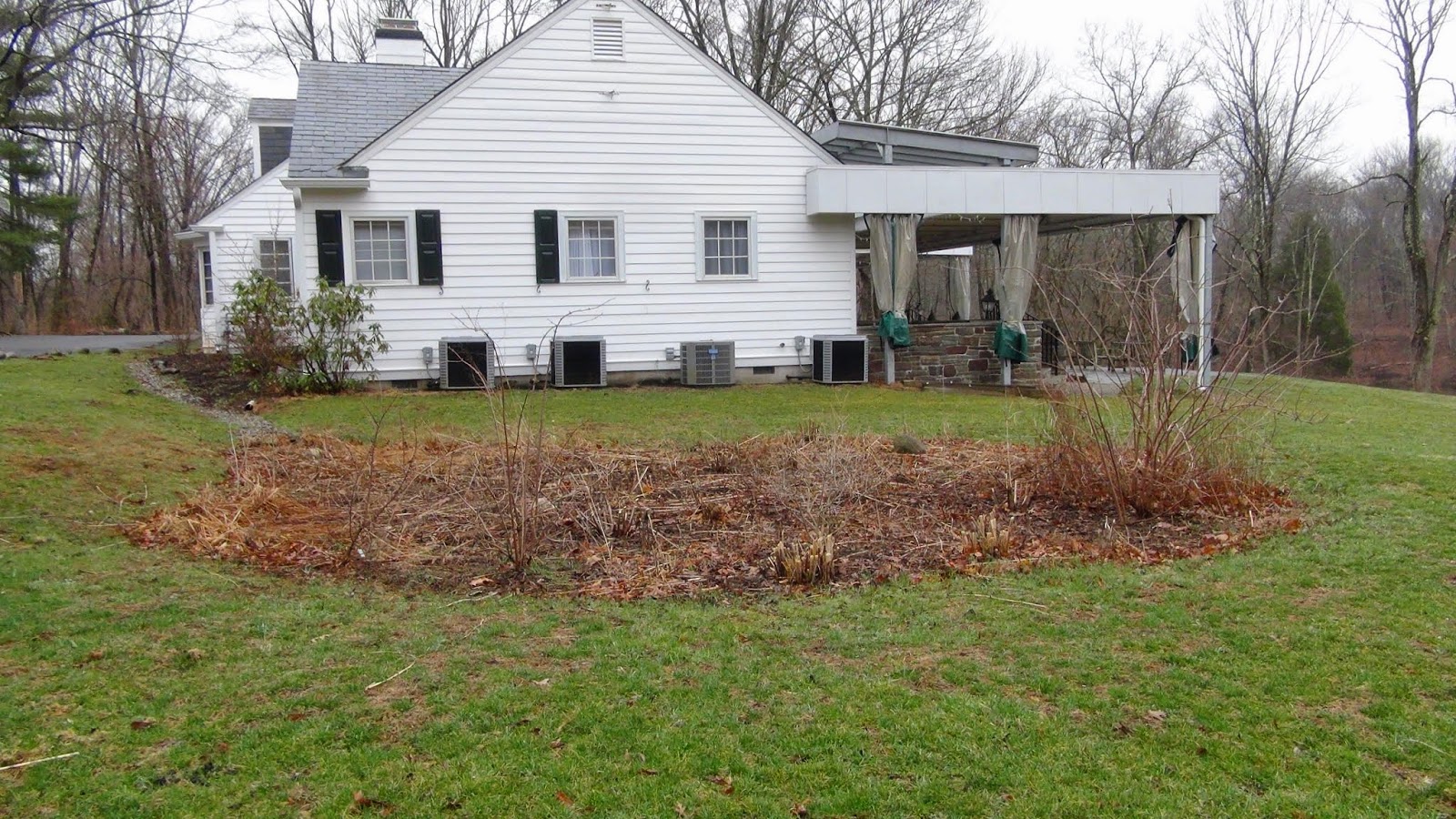 There's summer beauty, too, sleeping in this raingarden that I designed and FOPOS (Friends of Princeton Open Space) later installed. Some of the raingarden's beauty is in the house's dry basement, which used to flood before we diverted runoff away from the foundation and into the garden. The house is flourishing as a beautiful location for weddings and other events, with the income going to fund open space work in town. 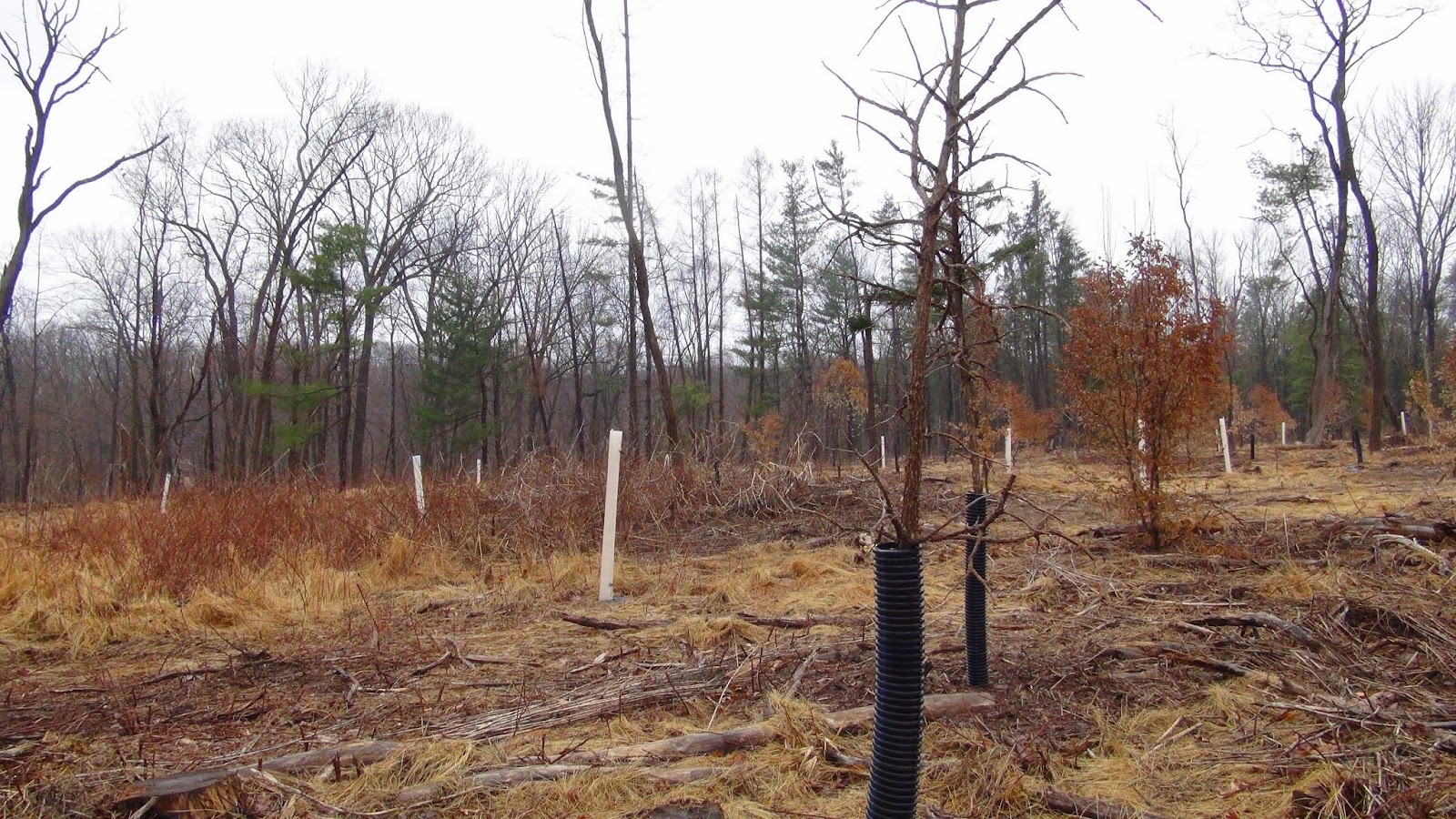 There's sleeping beauty in this field dotted with young trees, just across the driveway from the house.  Many of the trees are bur oaks that were grown in the municipal tree nursery over at Smoyer Park. Bur oaks are more commonly found in the midwest, where they were the keystone species in the extraordinarily rich and diverse oak savannas of pre-colonial America. That ecosystem, lost in a sea of exotic buckthorn and honeysuckle and then pieced back together by botanist Stephen Packard and others, now thrives once more in restored habitats in and around Chicago and other parts of the midwest. I don't know if Princeton will ever open up to the idea of prescribed burns, which play such an important role in maintaining native grasslands and savannas, but one vision of future beauty would be having the meadows of Tusculum grade into a post oak savanna. 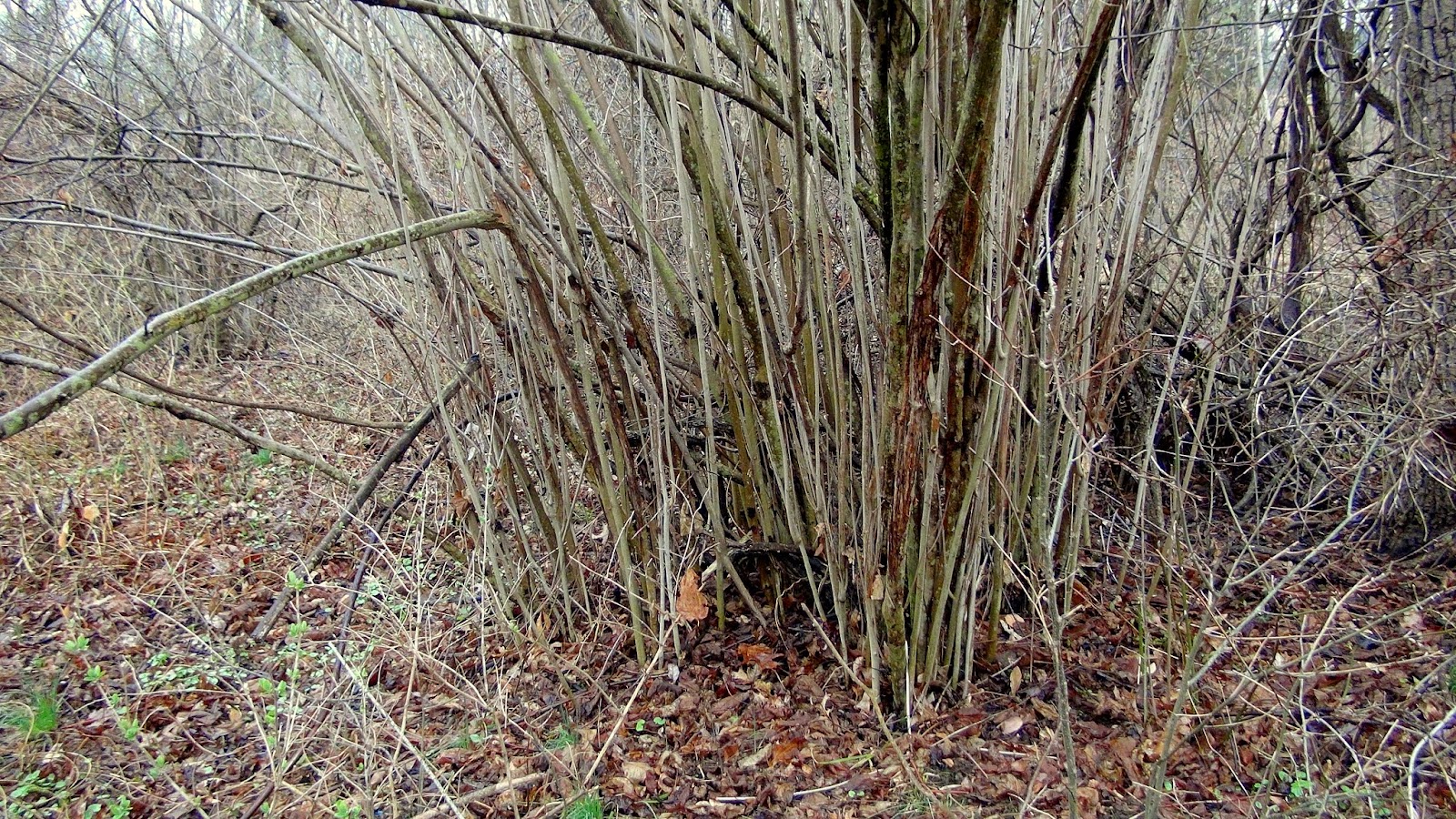 There's an extraordinary new film called Inhabit, which documents the permaculture movement. The film was shown at the recent Princeton Environmental Film Festival. Permaculture is a kind of agriculture that emulates wild plant communities in order to grow food for people. A farm emulating the oak savanna might have chestnut trees, with an understory of hazelnuts, and cane fruits and some annual crops in the openings between the scattered trees.

Since hazelnuts are described in the film as having been a common understory species in the oak savanna, and the savannas depended on periodic low-intensity fires sweeping through, then how did the hazelnut survive the fires? This photo of one of the three hazelnut shrubs growing wild at Mountain Lakes shows the many stems generated at the base. The "cool" periodic fires would likely have singed the outer stems but left untouched the stems growing closer to the center of the clone. The oaks are protected by their thick bark.

There was an accidental fire in Mountain Lakes a couple years ago. The area burned makes an interesting study in the typically beneficial effects of periodic controlled burns--a management technique used elsewhere in NJ. 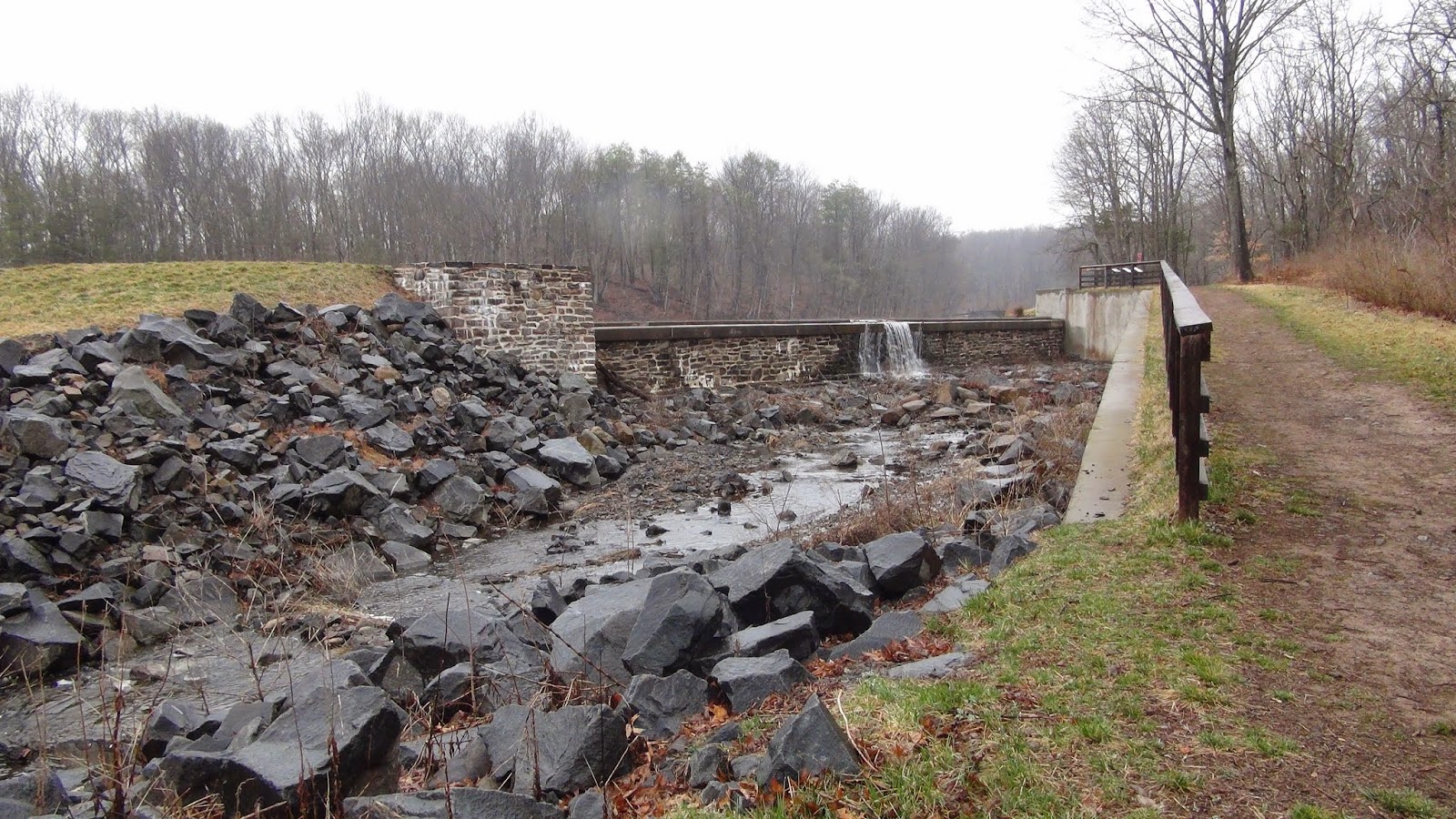 Not sure there's much beauty, present or future, in the riprap stones used to armor the outfall of the lower Mountain Lake, but the dams themselves are beautifully restored. 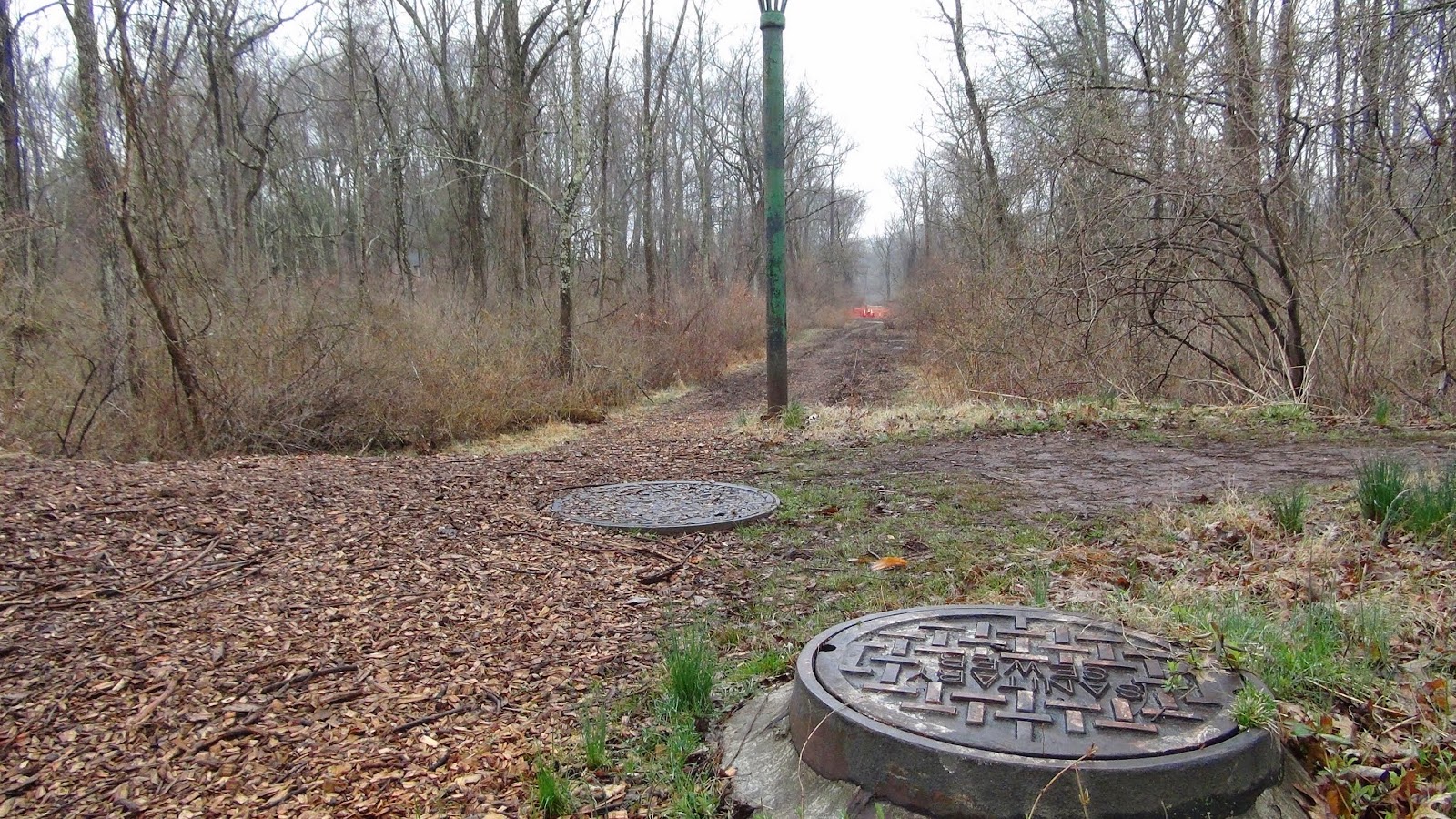 A botanist can even see beauty in a sewer line right of way, where the opening in the trees allows direct sunlight to reach the ground and foster growth of sedges and wildflowers not common elsewhere in the preserve.

A thick layer of woodchips was laid down on the right of way last year, just down from the lakes, in order to support the heavy equipment needed to install a footbridge. 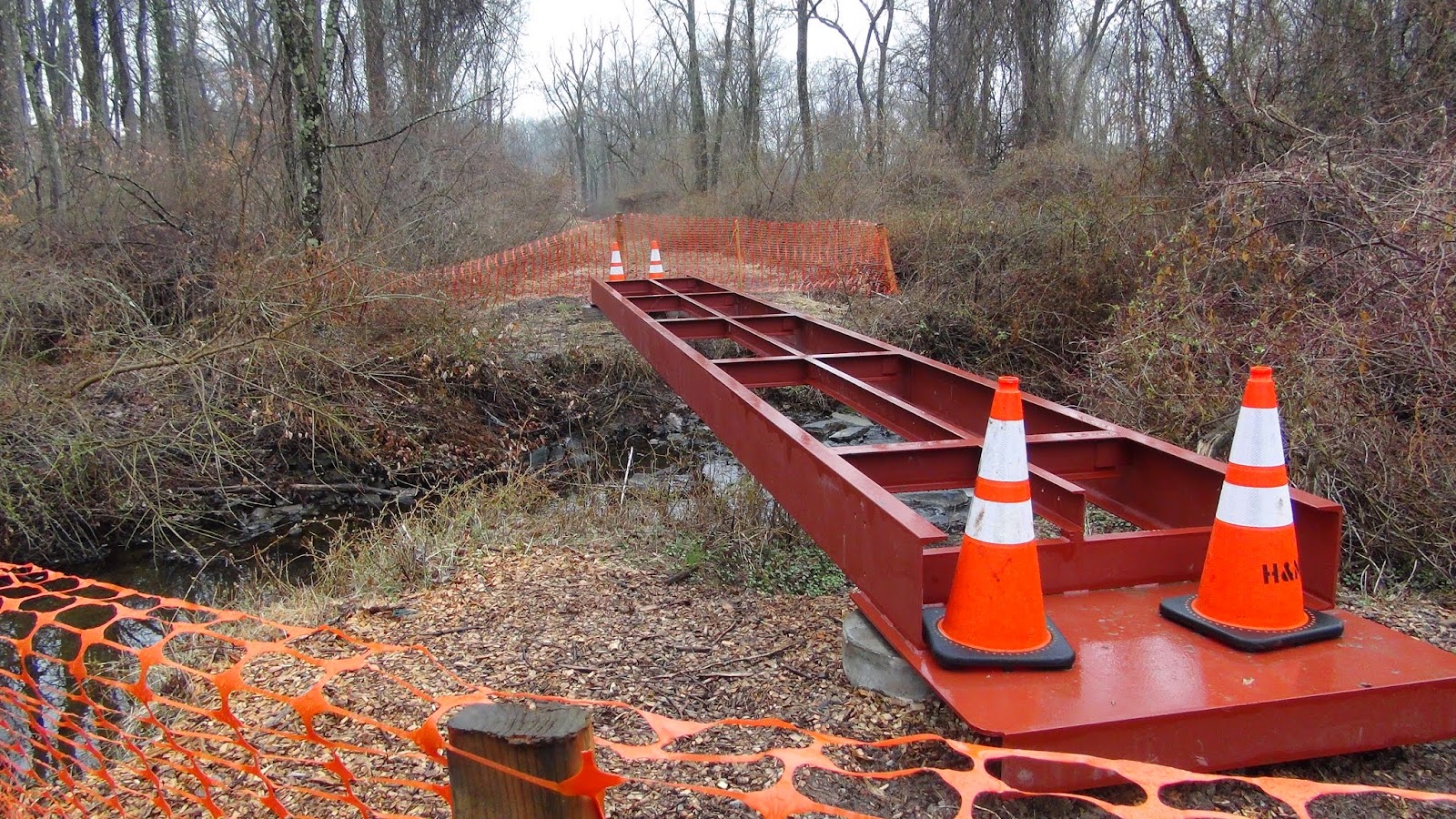 Two bridges were funded by a grant from the Concordia Foundation, and will provide access to the southwestern corner of Mountain Lakes Preserve.