The second forest is a term I use to describe the understory layer of exotic invasive shrubs that populate most of our forests. It is essentially a second forest superimposed on the landscape, composed of non-native species that, being largely inedible to wildlife, do not support the local foodchain. You can see it this time of year, when the native species have lost their leaves but the exotic honeysuckle shrubs are still green. Note that the honeysuckle sticks to the higher ground in the distance. The second forest can be attractive, but ecologically it causes problems because the exotics not only stay green later into the fall but also green up early in the spring, shading out our native spring ephemeral wildflowers before they've had a chance to absorb enough solar energy to sustain them through to the next year. The photo is from Princeton's Mountain Lakes Preserve.

As the Emerald Ash Borer begins to kill off the many ash trees in our preserves, the canopy will develop many gaps, allowing more summer sunlight to reach the shrub understory. If that understory is largely exotic invasive species, then all that solar energy will go into generating foliage that is largely inedible to wildlife, and which produces berries of significantly less nutritional value than those of native species. The consequent reduction in functional acreage of open space is why it's so important to be taking action now to shift the understory from exotic to native species, so that our preserves can actually support diverse native plant and animal life.

I made this case as a member of the Princeton Open Space Advisory Committee this year. Hopefully, the committee's report will help town leaders see the strategic importance of habitat restoration, given the dramatic changes coming to Princeton's forests. 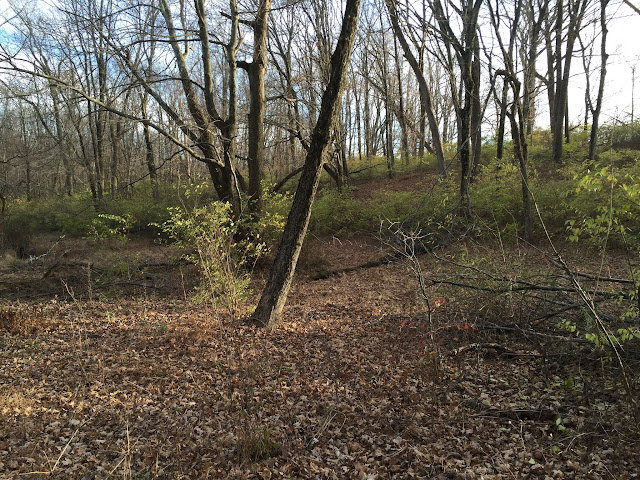