Nature Trail: From the All Saints Tract to Herrontown Woods 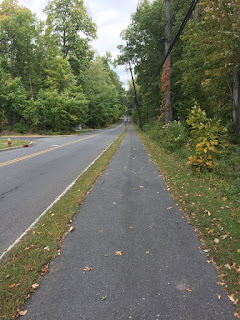 One of the entryways into the long corridor of preserved land called Princeton Ridge East, including Herrontown Woods, begins on a bikeway that heads up past Princeton Charter School on Bunn Drive. You can enjoy this asphalt bikeway's smoothness, and note that the trees are far enough away that their roots haven't made ridges in the pavement. 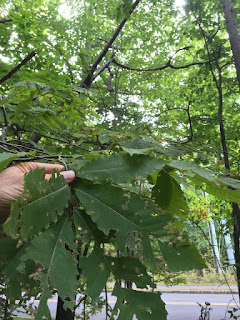 For anyone who's curious, a little ways up, across from the water tower, just in from the road, a native chestnut tree is hanging on in deep shade. It was discovered by arborist Bob Wells while he was inventorying Princeton's street trees, and is the only wild native chestnut that we know to exist in town. 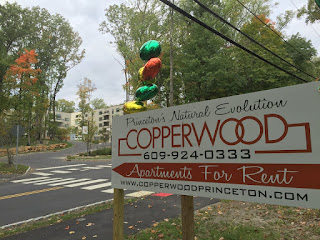 Up the hill are the new Copperwood apartments. Though some grand old beech and oak trees were sacrificed to build it, the developer heeded strong resistance from local environmental groups and, rather than spread the allowed units out across the property, he clustered the apartments so that some 20 acres of ridge forest could be preserved. 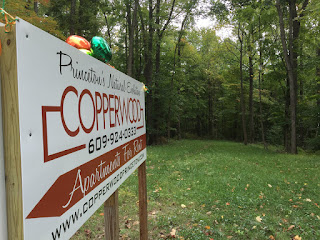 Look down and to the right from the Copperwood entrance and you'll see a long straight trail extending into the woods. That's the pathway leading through land preserved by the municipality, county and environmental groups, with particularly significant effort put forth by DR Greenway and the Friends of Princeton Open Space. 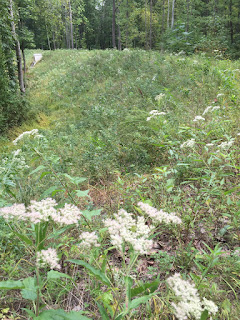 Just in on the left as you walk down the trail is a large berm that holds back stormwater from Princeton Community Village and Copperwood. There's a slow drama underway on the berm. Woody plants aren't allowed to grow there, so the berm's floristic destiny might be native wildflowers like these late-flowering thoroughworts, 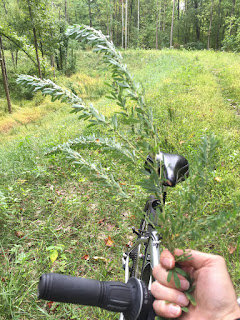 but Chinese bushclover is starting to get a foothold. It was introduced into the U.S. for use in erosion control, and promoted as offering abundant seed for wildlife. But the seeds proved undigestible, and the species has proved extremely invasive, outcompeting native wildflowers and creating inedible monocultures. With a few hours' work, the Chinese bushclover could probably be eliminated from this berm, but management doesn't tend to be proactive, which means the species is likely to increase in number until it's too intimidating to deal with. Where's that Friends of the Berm group when we need them? 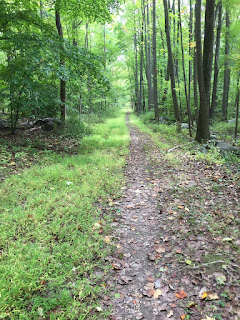 Unless you're going to the imagined Friends of the Berm workday to remove Chinese bushclover, continue down the straight and narrow until you encounter one of two trail signs on the left. 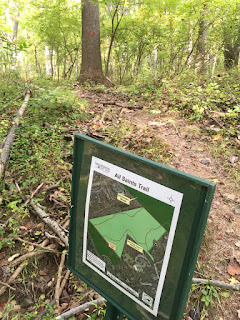 These are DR Greenway signs, as part of their followup to preserving the All Saints tract. Down the hill from the preserved property is the All Saints Church itself, which is also home to the Princeton Learning Cooperative, for teens who seek an alternative to a traditional middle or high school education. Our Friends of Herrontown Woods group has partnered with them on nature walks.

Sometimes, it takes a village to maintain even a small sign like this. A resident of Copperwood told our Friends of Herrontown Woods group that he and his wife couldn't find the signs leading to Herrontown Woods. We went looking for the map, found it had disappeared, then told DR Greenway staff, who replaced it. Such is the fabric of connection that keeps Princeton's open space navigable. 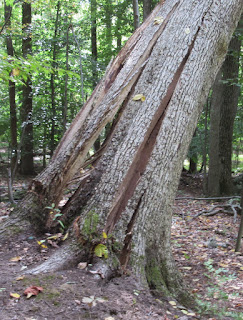 Earlier in the fall, I led a walk through the All Saints tract for local digital technology educator John LeMasney and some of his friends. Along with all the beautiful moss-covered boulders of the ridge, we encountered a white oak tree that cleaved but did not break in one of the windstorms of recent years. 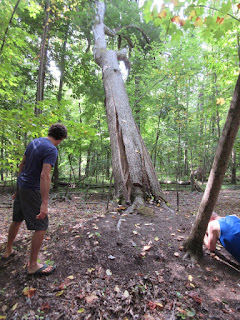 Here, Peter Abrams, designer of "B Homes" made of used materials like pallets, and John seek out the right angle for photographing this angled tree. 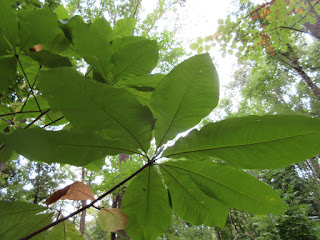 Where All Saints transitions into Herrontown Woods, we took a look at an umbrella magnolia tree, which may be the only example of this species along the Princeton ridge. The Institute Woods hosts a larger population. 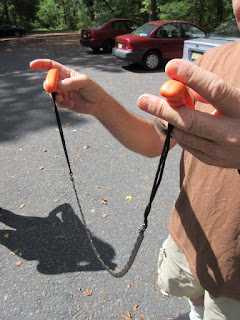 These trails can also be accessed from the Herrontown Woods parking lot, down the street across from the entry to Smoyer Park (where another friend of John's showed off a manual chain saw, which could be useful for invasive shrub removal), and from Journey's End Lane, off of Terhune Road.