When Snow Snazzed Up the Morning 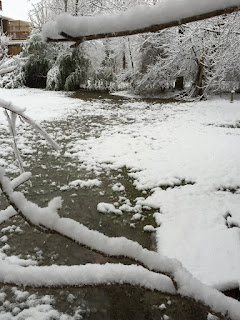 Winter's second snow caught us by surprise. I had just put the shovels away, but they were hardly needed, as this snowstorm snazzed up the landscape without snarling traffic, beautifying the morning before fading away in the afternoon sun. The snow added definition to the landscape, revealing the outline of the ephemeral stream that flows from the neighbor's yard down into ours. 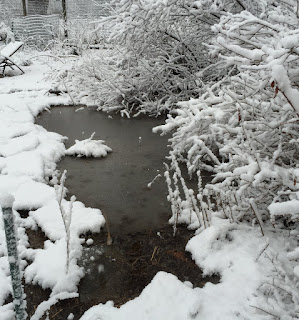 making clear the boundaries between aqueous and terrestrial. 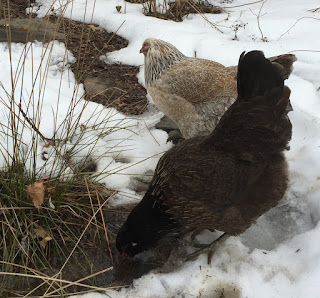 Even in a freeze, the chickens can still find water where our tiny stream, a thin blue line on old maps of Princeton, trickles past the sedges. 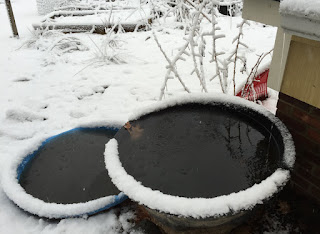 The fillable, spillable ponds, fed by snowmelt from the roof, received a cheery rim of snow, 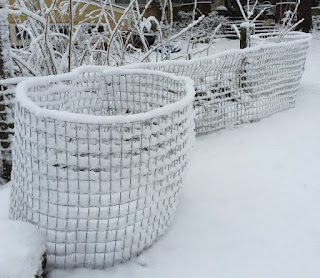 and an idea for leaf corral as scroll-shaped sculpture sprang from a shape unseen until the snow gave it a defining presence. 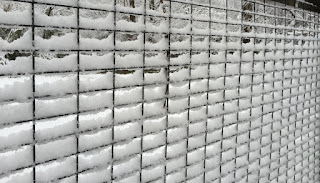 The snow made this fence into an optical illusion (doesn't it look like the photo isn't quite rectangular?), 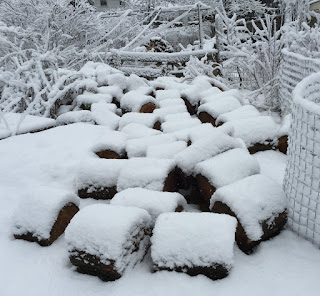 and even turned unsplit wood into an artful assemblage. If all unfinished work received such ornament, what a beautiful world it would be. 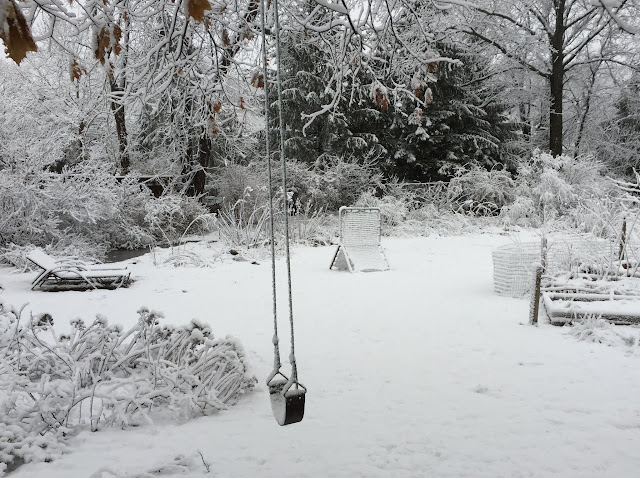