Did U Put the Ant in Cantaloupe?

It just doesn't seem right. Ants in February, feasting on tiny bits of cantaloupe on the kitchen counter when it's below freezing outside. And what sort of February is this, with cantaloupe for sale and a stretch of 60 degree days starting tomorrow? Has nature finally surrendered to the economy and abolished seasons altogether? Even the spelling of the word "cantaloupe" comes as a surprise, after a lifetime of not really noticing. Maybe one of our political parties will once again decide it dislikes all things french, and defiantly serve "cantalope" with American fries in the cafeteria of the U.S. Congress. Their presidential candidate will boldly declare that "This campaign is all about U", and promise that, to strengthen the nation's moral character, his first action as president will be to proclaim that the english language can't elope with French words. The other political party, tired of relentless negativity, will base its campaign on the slogan "Yes we canaloupe". By this time, a previous president will have indefinitely suspended all future elections, consigning the nation to a campaign season without substance and without end. Meanwhile, the meekest and tiniest among the ants, thriving in a climate made weird by too many tiny molecules in the atmosphere, and seeing the big-brained species devolving into nonsense, will seize the day and inherit the earth. 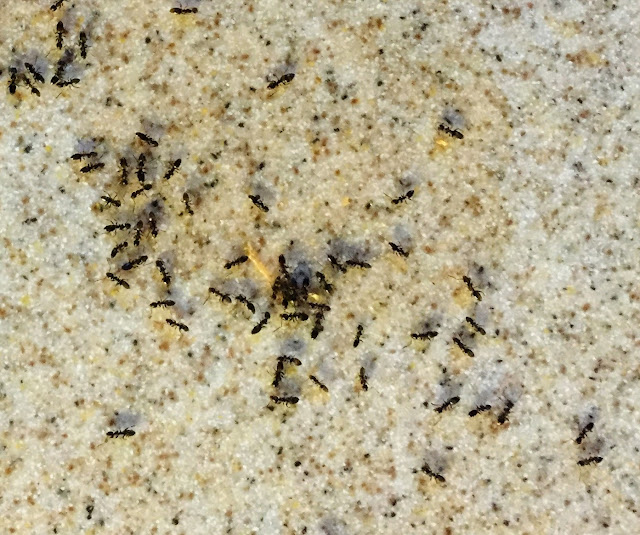