All snow is special. Like children, except more numerous and lower maintenance, no two snowflakes are the same. As we know, snow that falls in Princeton's coveted 08540 zip code is extra special, and on the last day of January, there fell a particularly special kind of Principitation. Instead of flakes, the snow looked more like small beads of styrofoam. 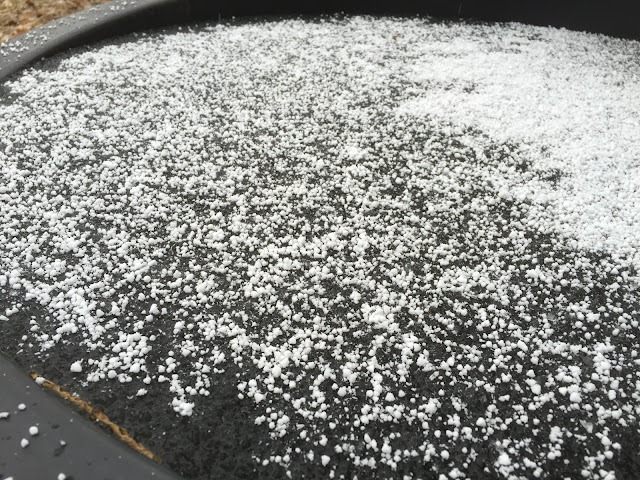 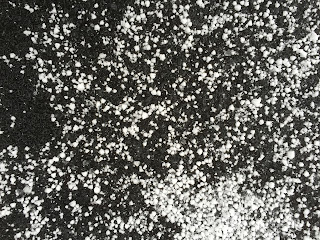 When it fell one day two years ago, thinking it needed a name, I coined what seemed like a new term: snubbins. A recent google search, however, revealed that the word "snubbins" is sometimes used to refer to medium sized breasts. Who knew?

A less conflicted name came out of the blue during a trip to the Whole Earth Center, when longtime employee Bill excitedly showed me a printout from Wikipedia, describing this special snow as "graupel". To quote: "Graupel, also called soft hail or snow pellets, is precipitation that forms when supercooled droplets of water are collected and freeze on falling snowflakes, forming 2–5 mm balls of rime." These supercooled droplets, suspended high in the air and still liquid down to -40 F, collect and freeze around the snowflakes as they fall towards earth. The behavior of supercooled water came up in another recent post admiring the patterns the minipond water makes when it freezes. 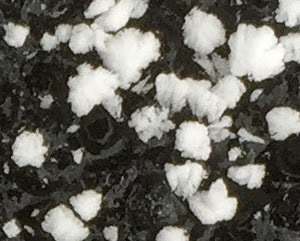 In this photo of the graupel collected on our backyard fillable/spillable minipond, or mini-rink this time of year, you can see their shape. In the middle of the photo there's a snowflake still visible, only partly covered in rime. 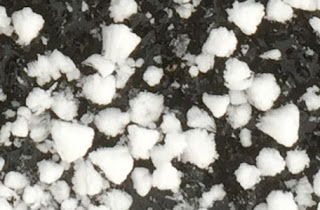 In this photo, some of the graupel takes the shape of corn kernels.

Favorites from the archive:

Snowbound Language: A Victor Borgesque story about what happens when snow blankets the english language.