Seeds for the Spreading 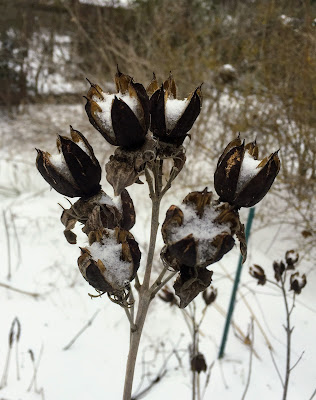 Hibiscus seedheads act like baseball mitts, catching snow in this winter-come-lately weather. There's been some seed collecting this past fall and winter for a couple projects of the Friends of Herrontown Woods. At Smoyer Park, we're partnering with the Princeton Rec. Dept. and Partners for Fish and Wildlife to convert a detention basin to a native wet meadow. 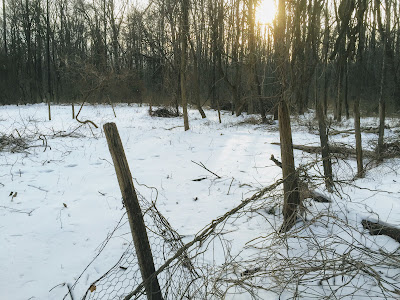 And at the Veblen House, Kurt Tazelaar has been restoring an area where Elizabeth Veblen likely had her daffodil nursery. Over the intervening fifty years, wisteria had spread from the house to climb the trees, obscure the fenceline and claim the sunlight in this woodland opening.

Both of these spots have a combination of wet ground and sun favorable for some favorite native wildflowers that could bring some color to the neighborhood in late summer. 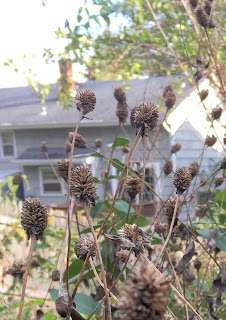 Many of the seeds come from my backyard, which has become a contained riot of local genotypes of cutleaf coneflower, 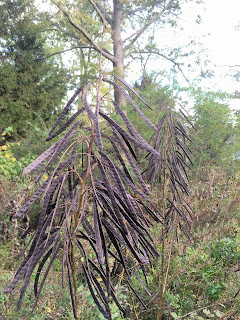 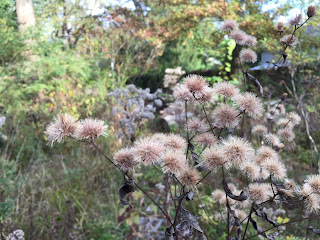 ironweed, and many others. Leaving last year's stalks up until spring provides cover for our free-ranging chickens, food for the birds, and a superstructure for overwintering insects. 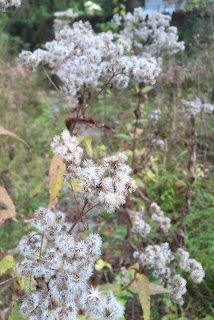 Here's a Eupatorium, with a name only a botanist could love--late-flowering thoroughwort-- 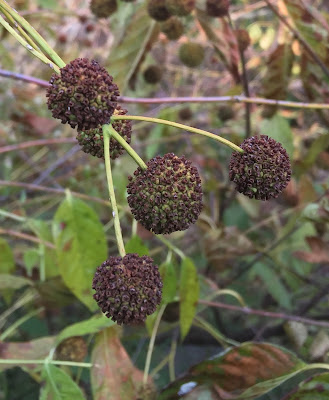 and the clustered seeds of buttonbush. 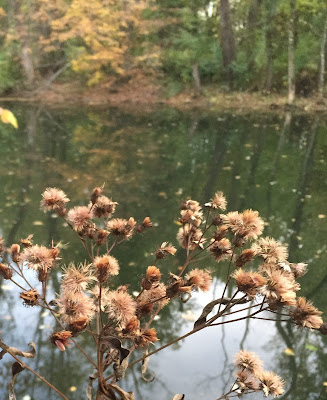 Ironweed seeds have some beauty to them, leaning out over the DR Canal, which was the original source for most of these floodplain species that I've been spreading across Princeton over many years. The canal's sunny openings and lack of past farming provided a place these species could live to bloom another day.

One doesn't need to be near a stream to have floodplain habitat, as many yards around town have low ground that remains wet for long periods, and downspouts create miniature floods of water that can be made to linger in a raingarden. The more places these wildflowers grow in town, the more resilient is the overall population, not only of various wildflowers but also the pollinators that depend on them for food in late summer, when woodlands offer little nectar. Think of it as repopulating the local food desert, ecologically speaking. 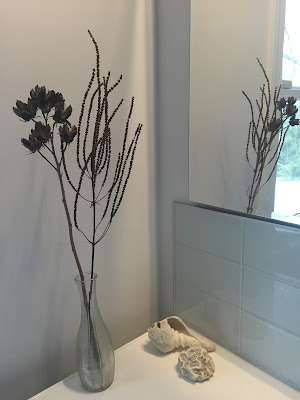 Sometimes, seedheads find their way indoors, in this case, Hibiscus and Culver's Root. The Culver's root this seedhead comes from was bought, for lack of a local population. 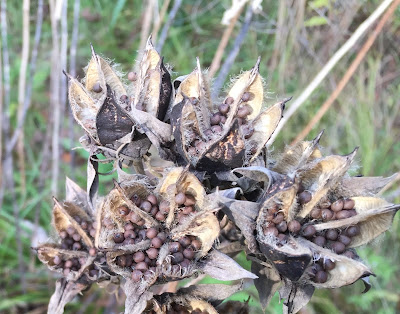 The slow-release saltshaker-like capsules of Hibiscus moscheutos in early winter, before the seeds have been eaten or shaken out by the wind. 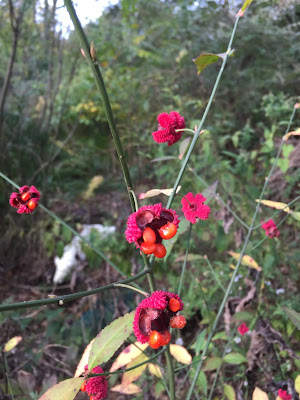 Some hearts a bustin' berries in autumn (Euonymus americanus). A favorite of the deer, only two wild populations of this native shrub have been found in Princeton, both at Herrontown Woods. Because deer find this shrub so delicious, fenced-in backyards become its best chance for reaching maturity.
Posted by Steve Hiltner at Sunday, March 19, 2017