With the temperature reaching 74 on February 25, I looked out our back picture window to see that our usually peaceful backyard had come alive with motion. The lawn was astir with the hyper black-winged commotion of hundreds of grackles. Their iridescent necks flashed blues, greens and purples as each probed the ground for food, with not a second to lose. Five or six stalked about on the edge of the fillable-spillable minipond, angling for a sip of water. I grabbed a camera and crept towards the window, eager to document their spectacular numbers and energy. But even my barely perceptible movements were caught by one of a thousand eyes, and off they went in a flash, a winged unison where a moment before each had been absorbed in its own pursuit of food and water. They crowded the high branches of a nearby pin oak while somehow collectively plotting their next move. Had I seen 500 birds? Or had it been one bird with 500 mouths and 1000 wings? 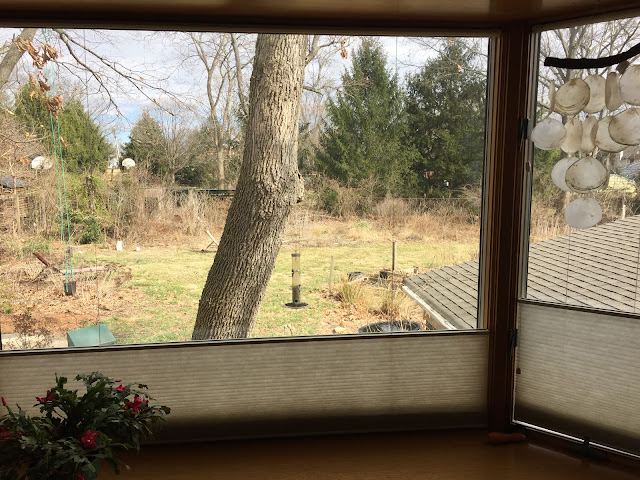