While the woods seems to slumber, July brings another wave of flowers at the Herrontown Woods botanical garden and the Veblen House grounds. Whether the number of flowers constitutes a wave or a ripple, the photography that is standing in lieu of an actual nature walk during COVID times captures something of the feel of walking the pathways. 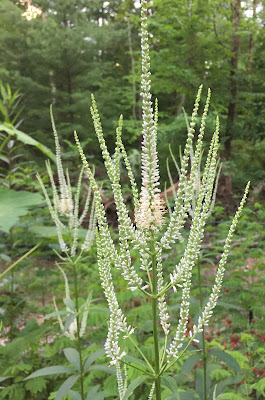 I have seldom seen Culvers Root growing in the wild, but it is a native with a beautiful form to its flowers. You can see the flowers beginning to open at the bottom of a spike, commencing a slow progression upward that serves the pollinators well. 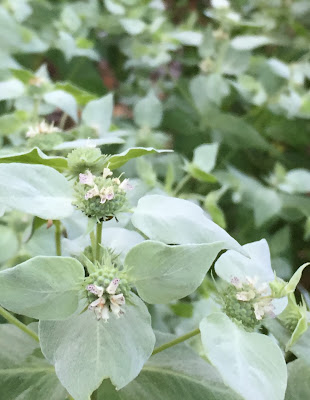 The mountain mint donated to us is thriving, its strong minty flavor protecting it from the deer. 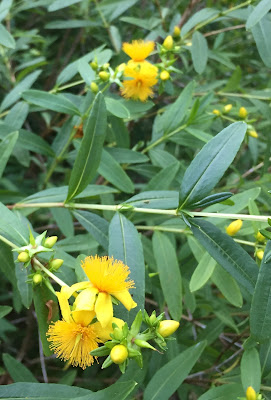 Shrubby St. Johns Wort blooms for a long stretch in the summer, living up to its latin name, Hypericum prolificum. The deer leave it alone as well. 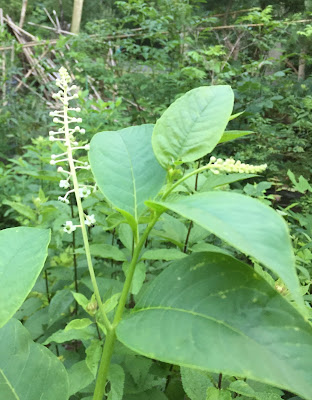 We human deer are letting a few pokeweeds grow to maturity. It has an annual stem growing from a perennial root, and can become too numerous if left unchecked. A previous post mentions the intentional or unintentional use of its berries as a dye, and an interesting tree-like relative it has down in Argentina, called the ombu. 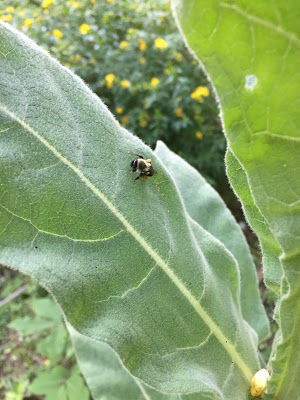 Not sure what this soporific bumble bee was doing on a velvety leaf of wooly mullein, a dramatic nonnative weed I associate with rail lines in the midwest, but which shows up here and there in Princeton. 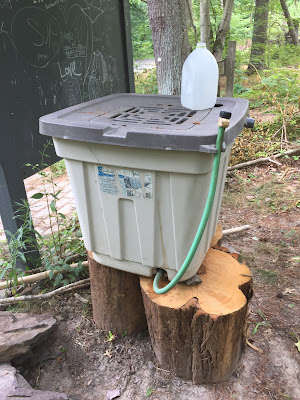 The drought prompted the installation of a gutter and cistern next to the roof of the kiosk at the Herrontown Woods parking lot. One rain keeps us in water for weeks, as we walk around the gardens, giving new plantings a much needed drink.

Insects have been taking advantage of the many kinds of native plants we're growing--more than 100 species thus far. Meadow rue, for instance, is a seldom encountered wildflower in Princeton, discouraged by shade and the appetites of deer. But in the botanical garden, we can grow it in a protected, sunny setting. On May 10th this year, one of the tall meadow rues was found "donating" its foliage to caterpillars of the Meadow Rue Owlet moth, Calyptra canadensis. Thus a protected setting for seldom seen plants provides habitat for specialized insect species that otherwise have slim pickings in Princeton. 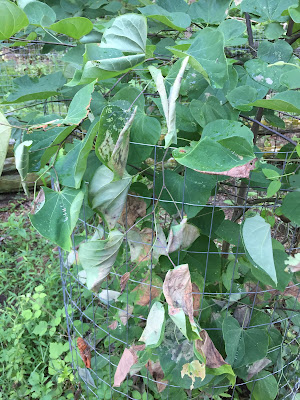 Another giving was discovered a couple days ago, on a redbud tree, some of whose leaves were folded up and turning brown. 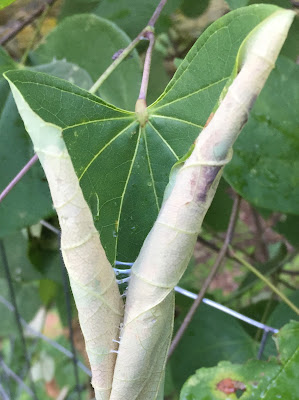 Strands of silk tether the leaves, making protective chambers within the wrappings. 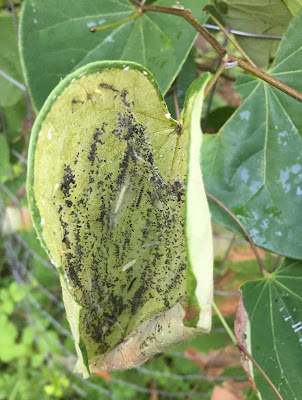 Opening one up, like a clamshell, reveals some energetic caterpillars busy chowing down and leaving dark trails of frass in their wake. 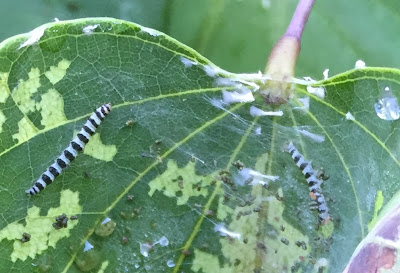 The speedy caterpillars are larvae of the leaf folder moth, with the provocative latin name Fascista cercerisella. Readers will be relieved to know that the insect is not a fascist. Originally, the word meant "bundle", as in a bundle of sticks, which can be extended to bundles of people who are part of a political movement. A fascicle means a bundle of leaves or flowers, while the Fascista caterpillar bundles itself up in a folded over leaf. The "cerce" in cercerisella likely comes from the insect's preference for laying its eggs on redbud trees, Cercis canadensis. 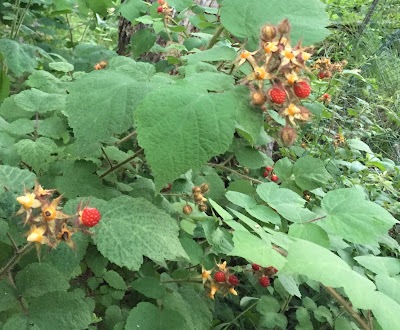 Up the trail at Veblen House, a patch of wineberries is going uneaten. As we've been clearing the invasive growth on the Veblen House grounds, a neighbor lamented that we had removed her favorite patch of wineberries, whose fruit are one of the small rewards for those who persevere through the muggy heat of a Princeton summer. Responding to neighborhood input, we've kept a few patches of wineberries. 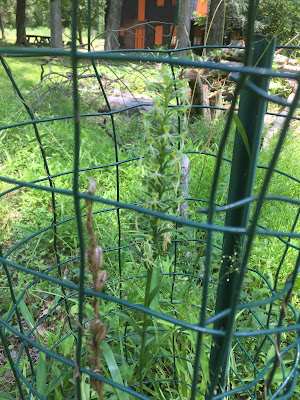 Few will notice that the green fringed orchids at Veblen House are in full bloom. We've caged some to protect them from the deer. Below is an enchanting closeup of the flowers, giving the impression of wood sprites. 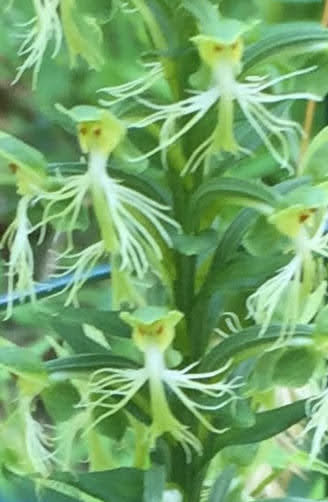