The Grass That Ate The King's Highway 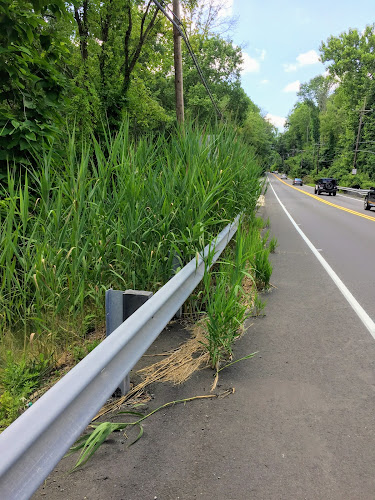 There's a curious sight as you approach Montgomery from Princeton on Route 206. Something is eating the Kings Highway.
That something is Phragmitis, most frequently encountered in its highly aggressive, non-indigenous form. In wetlands, it displaces even the tough native cattails. On the other side of town, in Rogers Refuge just below the Institute Woods, we've been working for years to keep it from taking over the marsh.
Spreading its tall tassels along freeway ditches, it dominates the New Jersey meadowlands and can be considered a worldwide weed. Its scientific name is as sprawling as its growth habit: Phragmites australis subsp. australis. The native version, less aggressive and now hard to find, is termed subspecies americanus.
One source describes the introduced variety as "a hardy species that can survive and proliferate in a wide range of environmental conditions." Sometimes it's planted intentionally, to treat wastewater or reduce soil erosion. Mostly, it plants itself, then expands relentlessly, oblivious even to normally intimidating barriers, like asphalt. 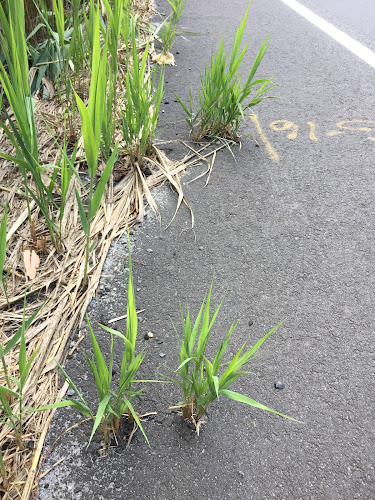 The common reed is a grass, like bamboo is a grass. Unlike bamboo, which lives for decades without flowering, Phragmitis blooms each year, combining abundant seed production with bamboo's powerful capacity to spread underground. That combination makes it a transformative force not only in nature but in human habitats as well.
Posted by Steve Hiltner at Wednesday, July 29, 2020

Email ThisBlogThis!Share to TwitterShare to FacebookShare to Pinterest
Labels: Phragmitis