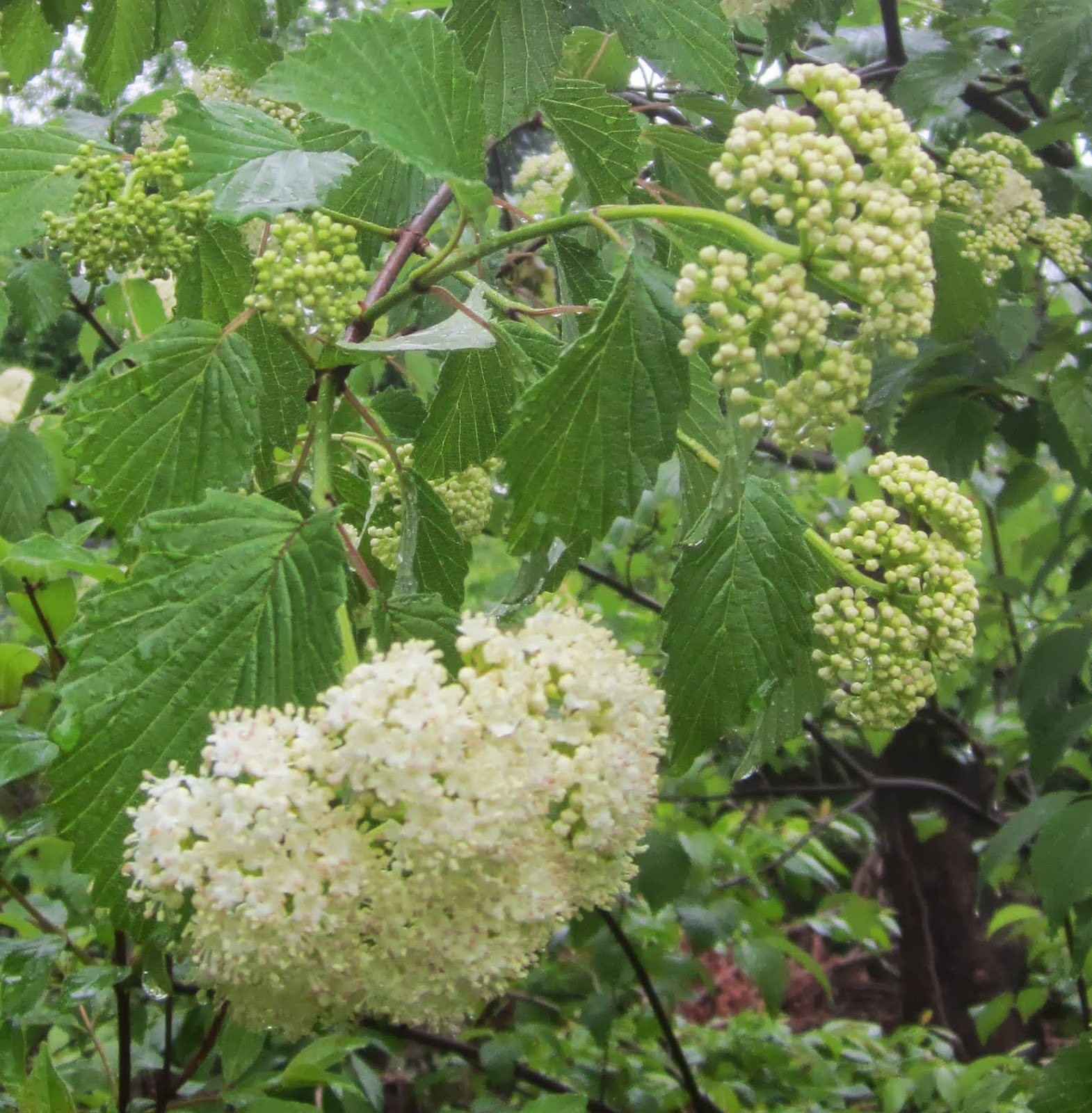 Ignorance, I suppose, is bliss. If one has never learned of the existence of Arrowwood Viburnums (V. dentatum), which flower along streambanks and in wet woods near the canal, 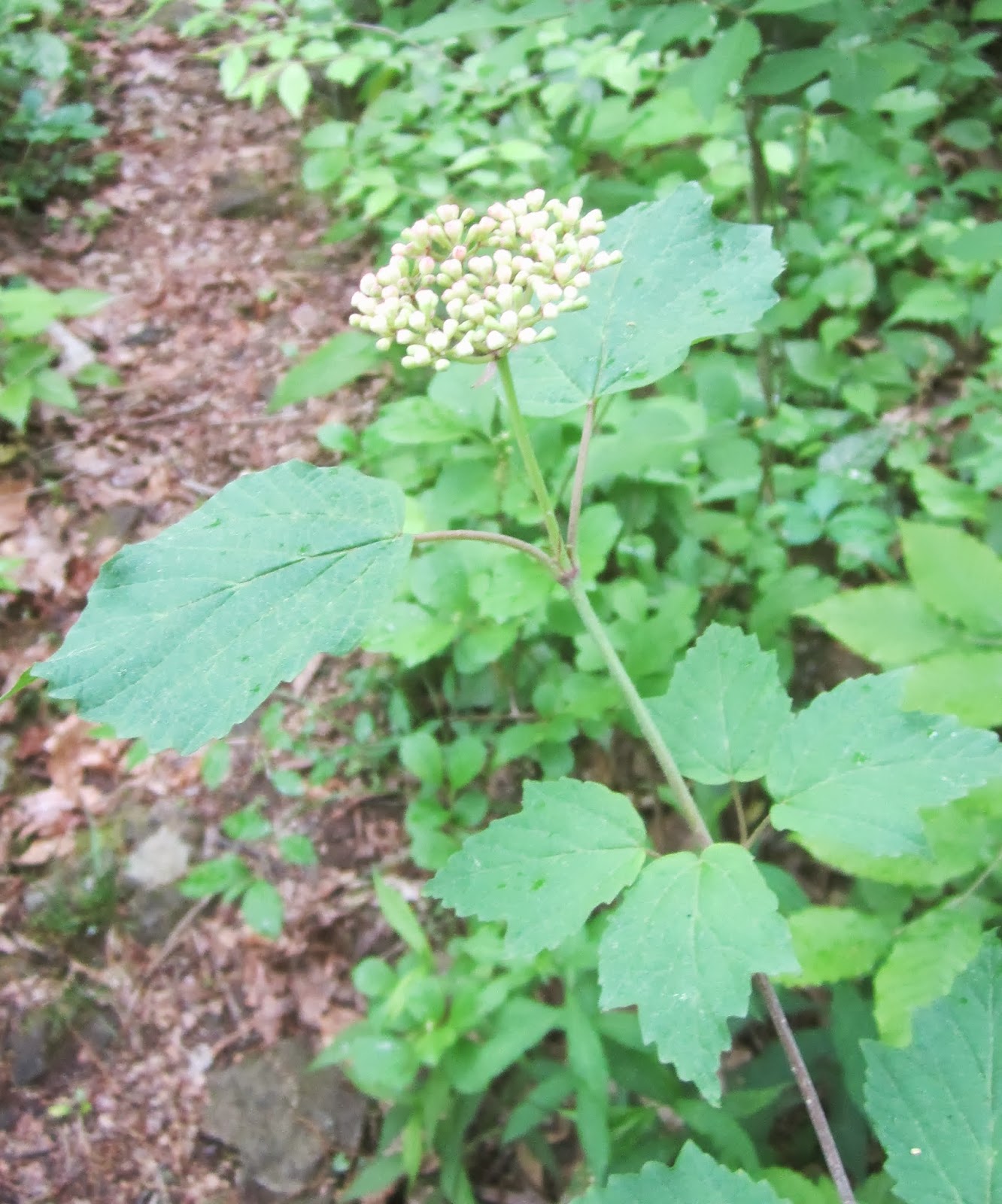 or the Mapleleaf Viburnums (V. acerifolium) common among the boulders along the Princeton Ridge, then their future absence will go unnoticed. So, is it better to maintain ignorance, or cultivate awareness so that these and other native Viburnums can at least be more consciously treasured during their remaining years in our woodlands?

The Viburnums look perfectly healthy now, but there's a certain leaf beetle coming our way, specifically the Viburnum leaf beetle (Pyrrhalta viburni). First noticed in the U.S. in 1994, it's a species from Europe and Asia that skeletonizes the leaves, exhausting the shrub's energy reserves after several years of defoliation. According to an information sheet prepared by Cornell (http://www.hort.cornell.edu/vlb/), the Arrowwood Viburnums are the most vulnerable. Mapleleaf Viburnums will be slower to succumb, and the other common native, blackhaw Viburnum, may show greater resistance. According to a comment on a Cornell University blog post, the beetle had already shown up at Duke Farms in 2011, just 15 miles north of Princeton. 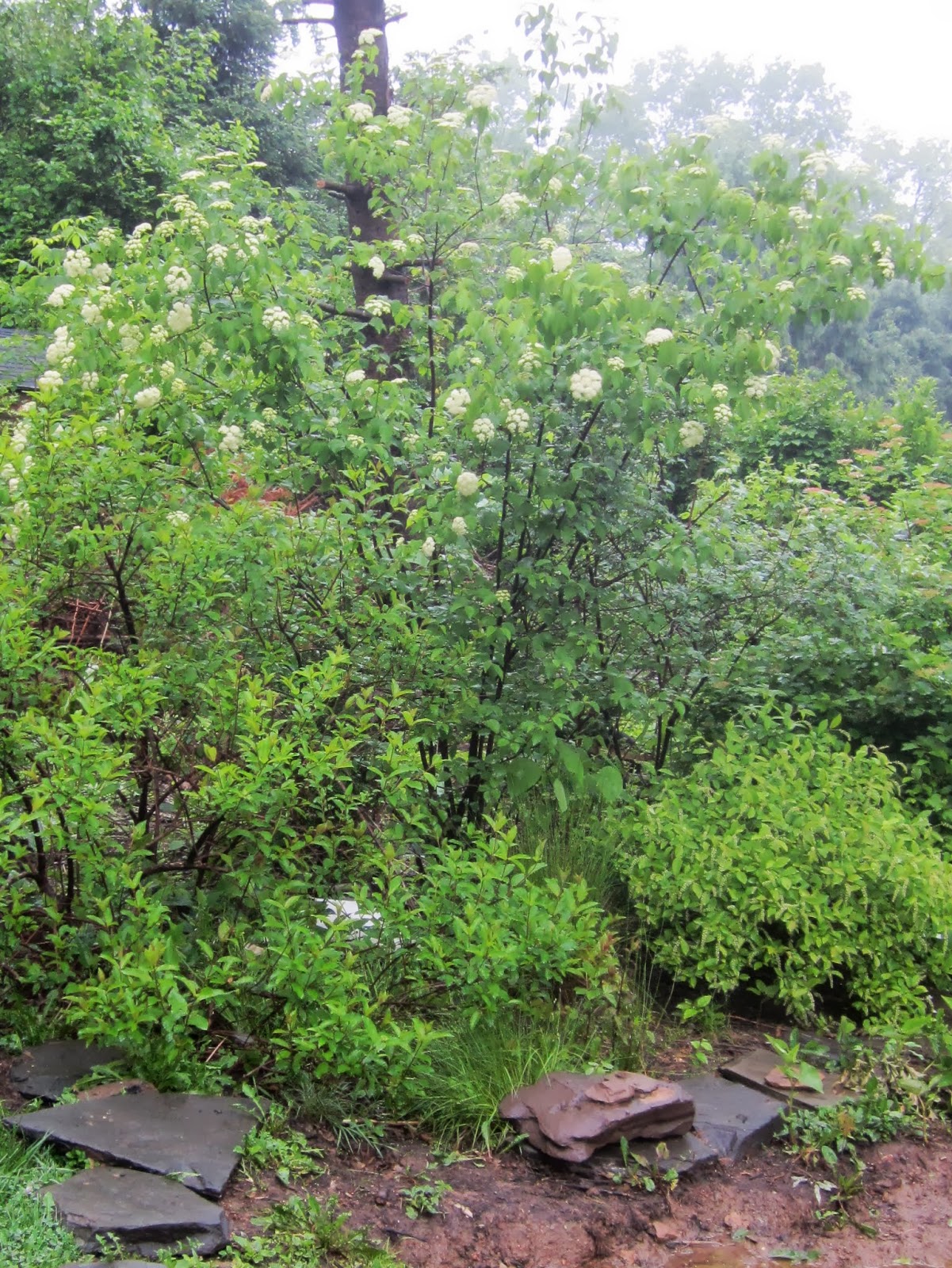 This arrowwood Viburnum (lighter green foliage below is buttonbush and Virginia sweetspire) has reached ten feet high, along an ephemeral stream in the backyard. The mapleleaf Viburnums don't grow much past four feet in Princeton's woodlands. 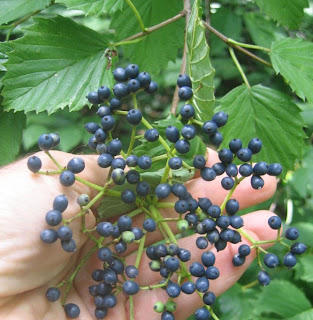 As with the flowering dogwoods that have become more rare along the east coast due to an anthracnose disease introduced in the 1970s, the impact may be most felt by migrating birds that depend on the berries to fuel their flight south in the fall.

Knowing of the leaf beetle's imminent arrival at least gives us a chance to appreciate these shrubs while they can still spread a full array of leaves. It also deepens awareness of the importance of those who inspect plant material entering the country.
Posted by Steve Hiltner at Thursday, June 13, 2013