What's in Bloom in Early June 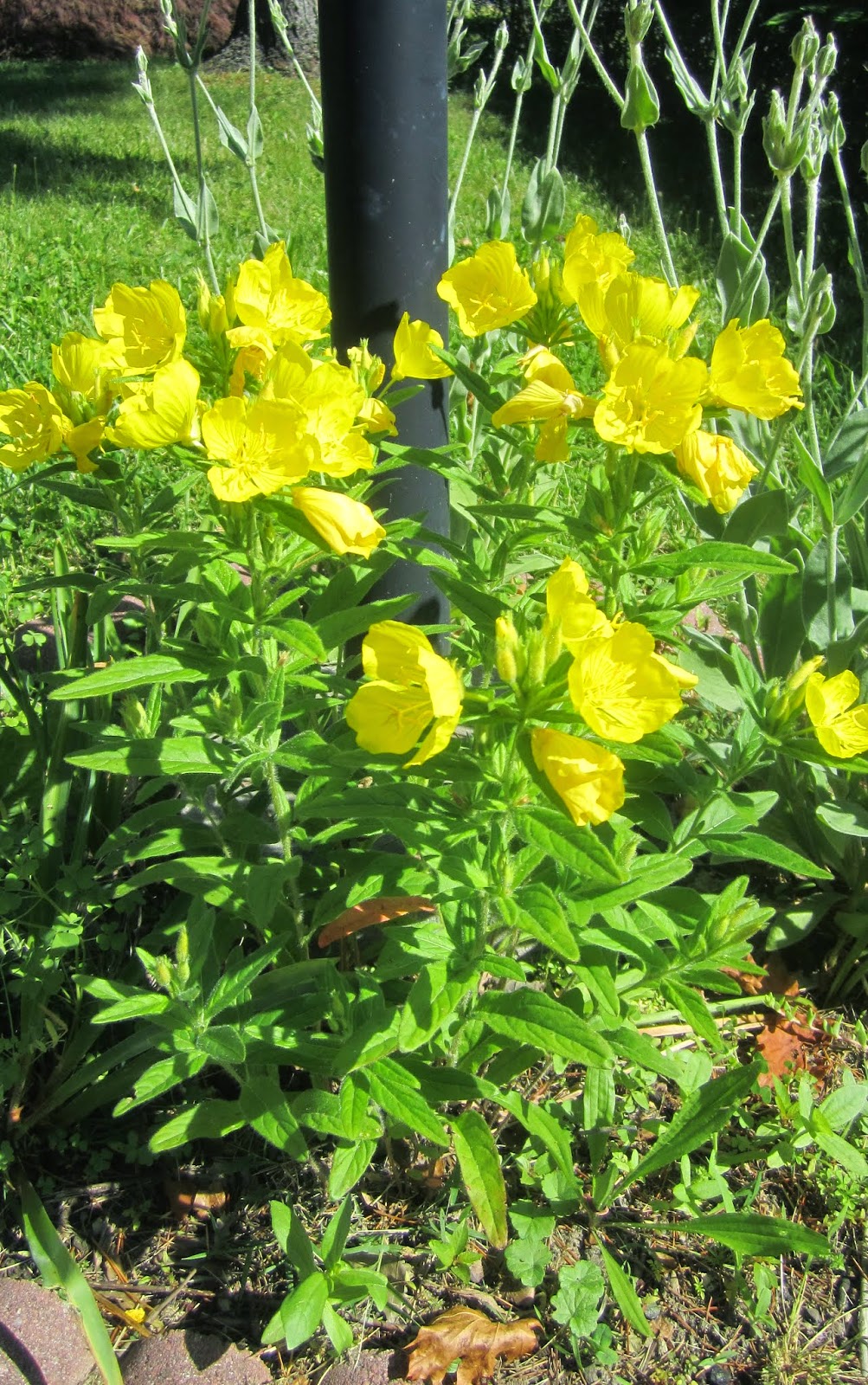 Sundrops (Oenothera fruticosa) is a native wildflower that likes sun. I've seen it growing wild in remnant prairies in the NC piedmont--the same piedmont that extends up to Princeton. 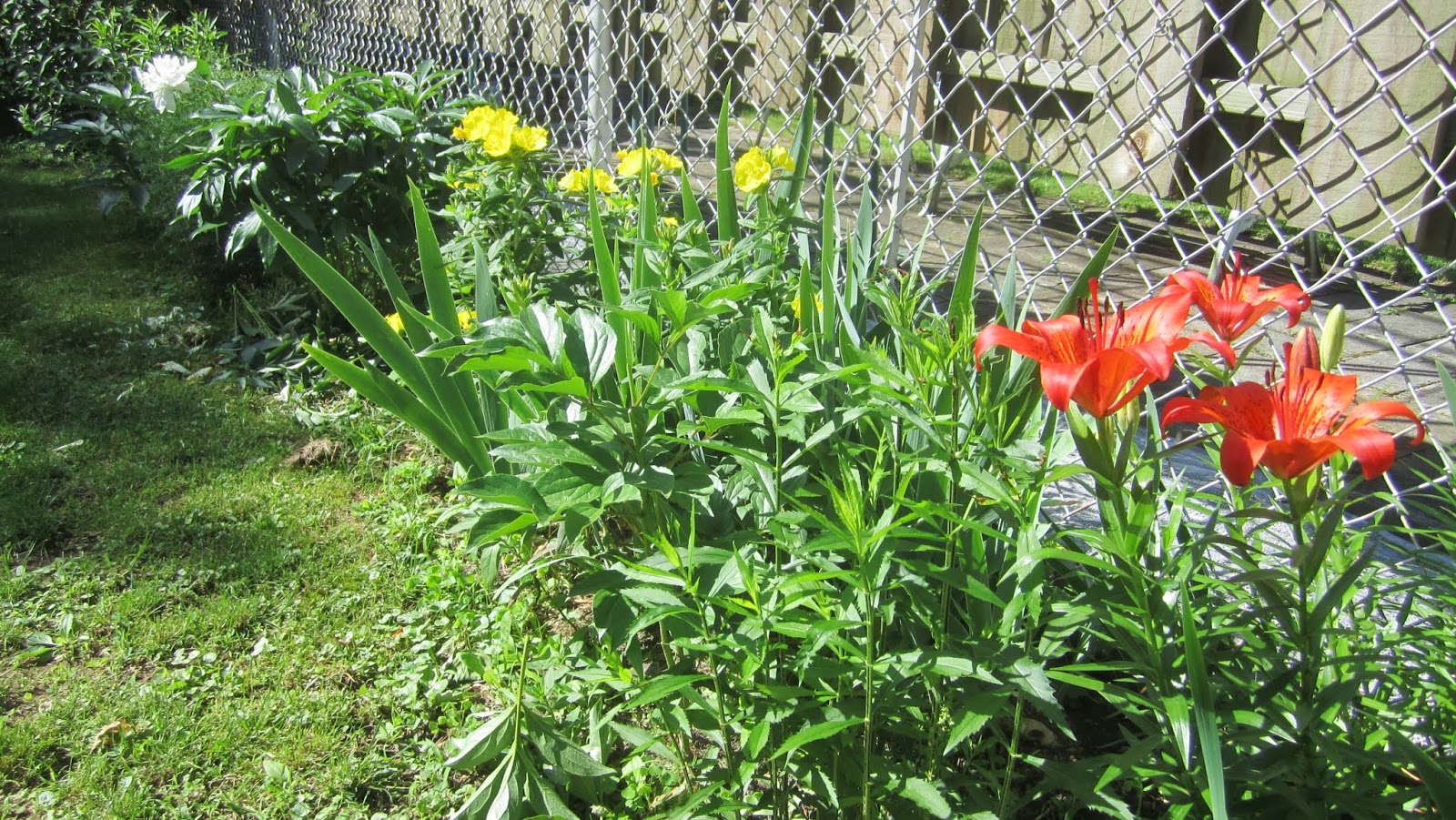 A lineup of orange, yellow and white--lilies, sundrops and peonies 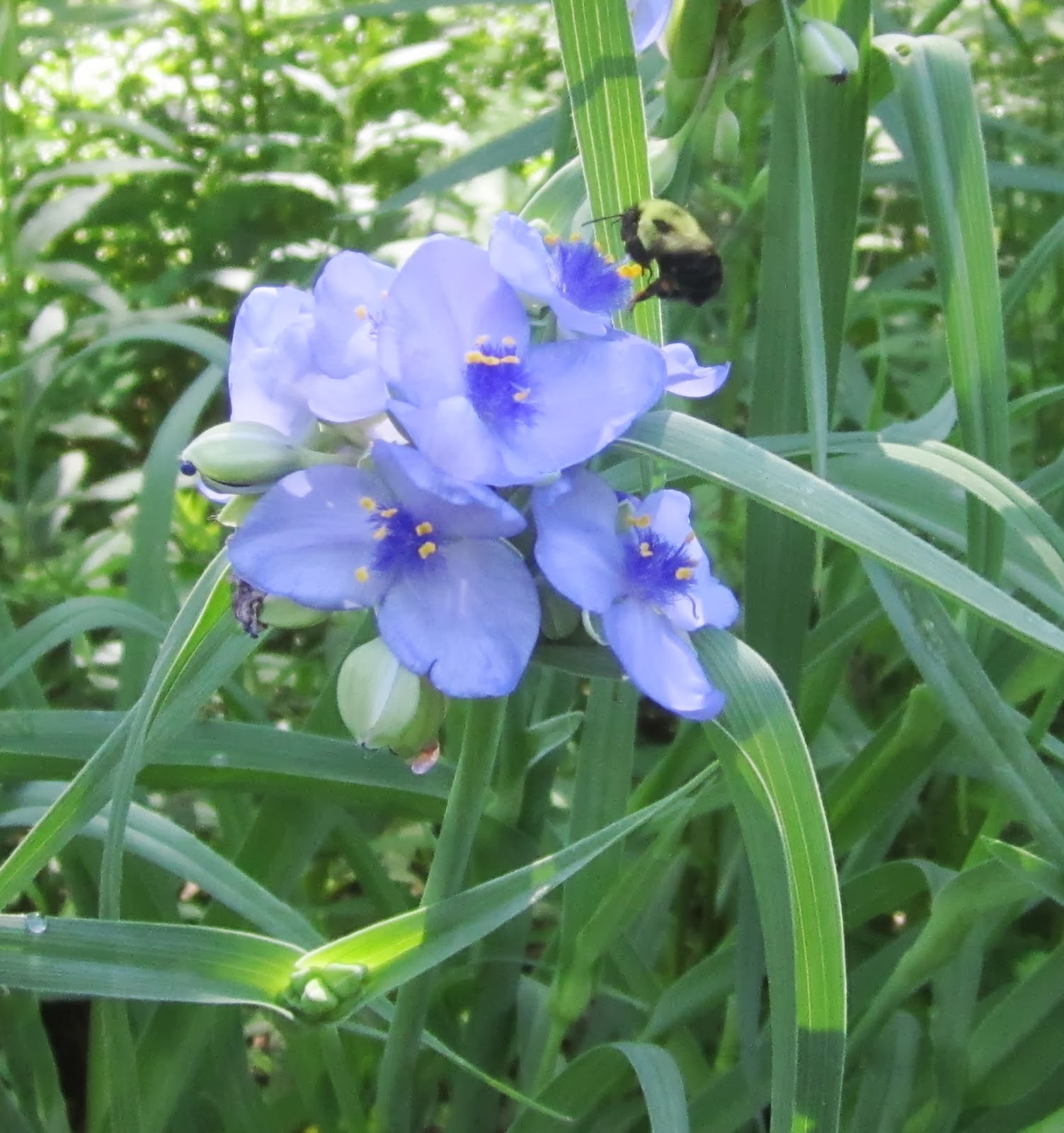 Spiderwort (Tradescantia sp.) likes our wet, sunny ground in back. Rarely seen in the wild. 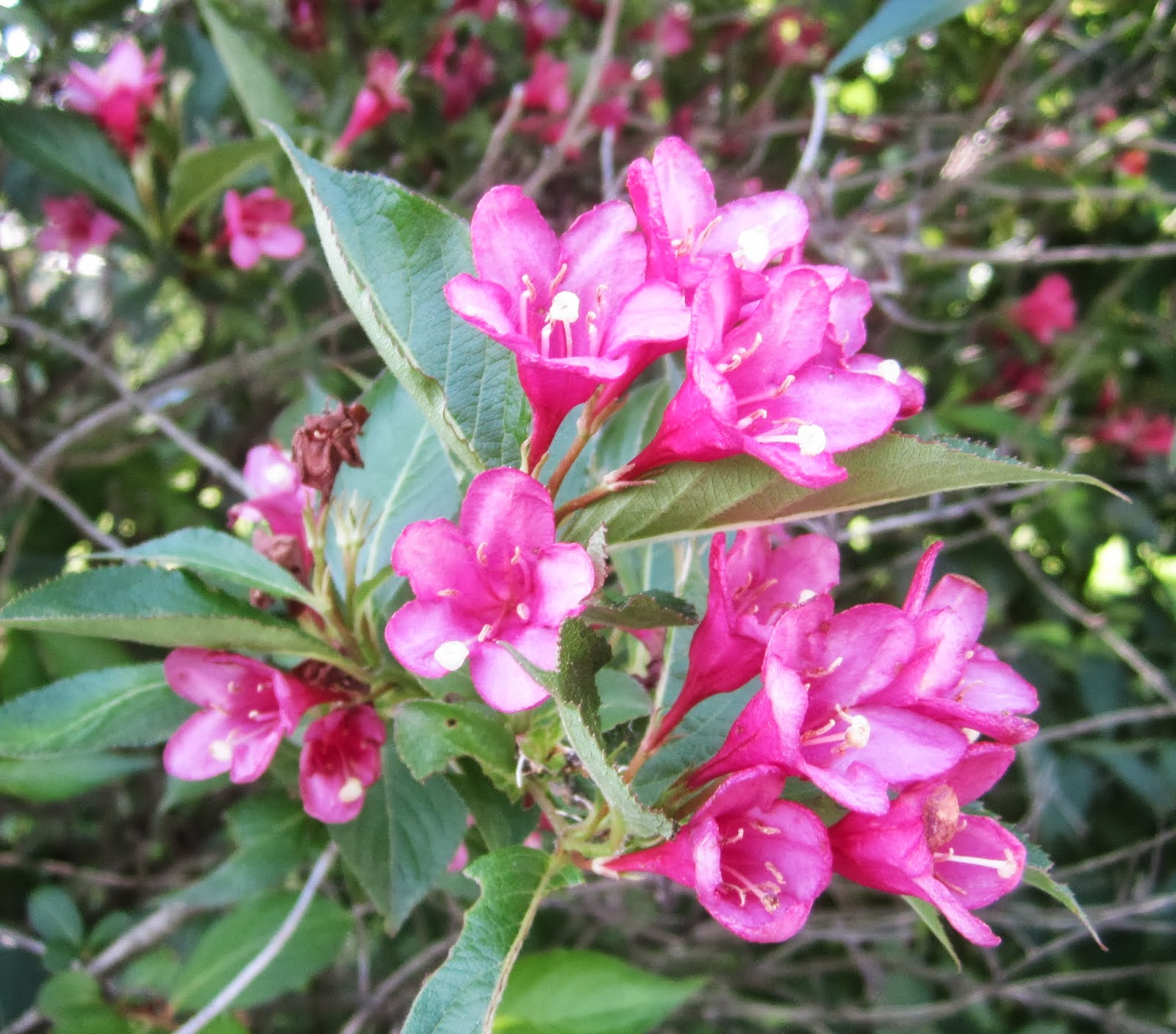 Weigela is a common shrub, not native but not invasive. This is the newer variety, which some sites call Weigela floribunda. 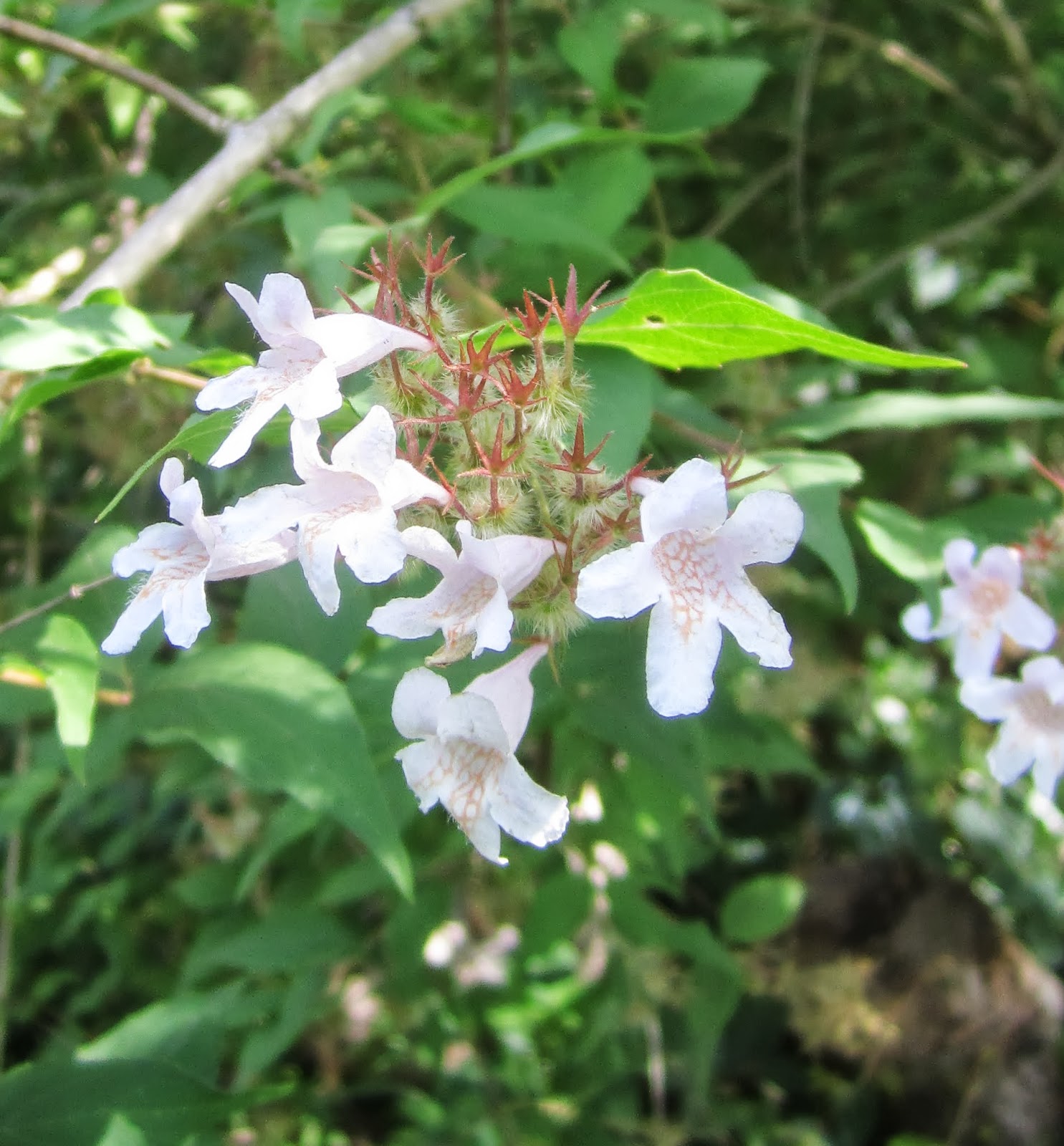 The older kind of Weigela (W. florida), has a lighter color and bigger size. 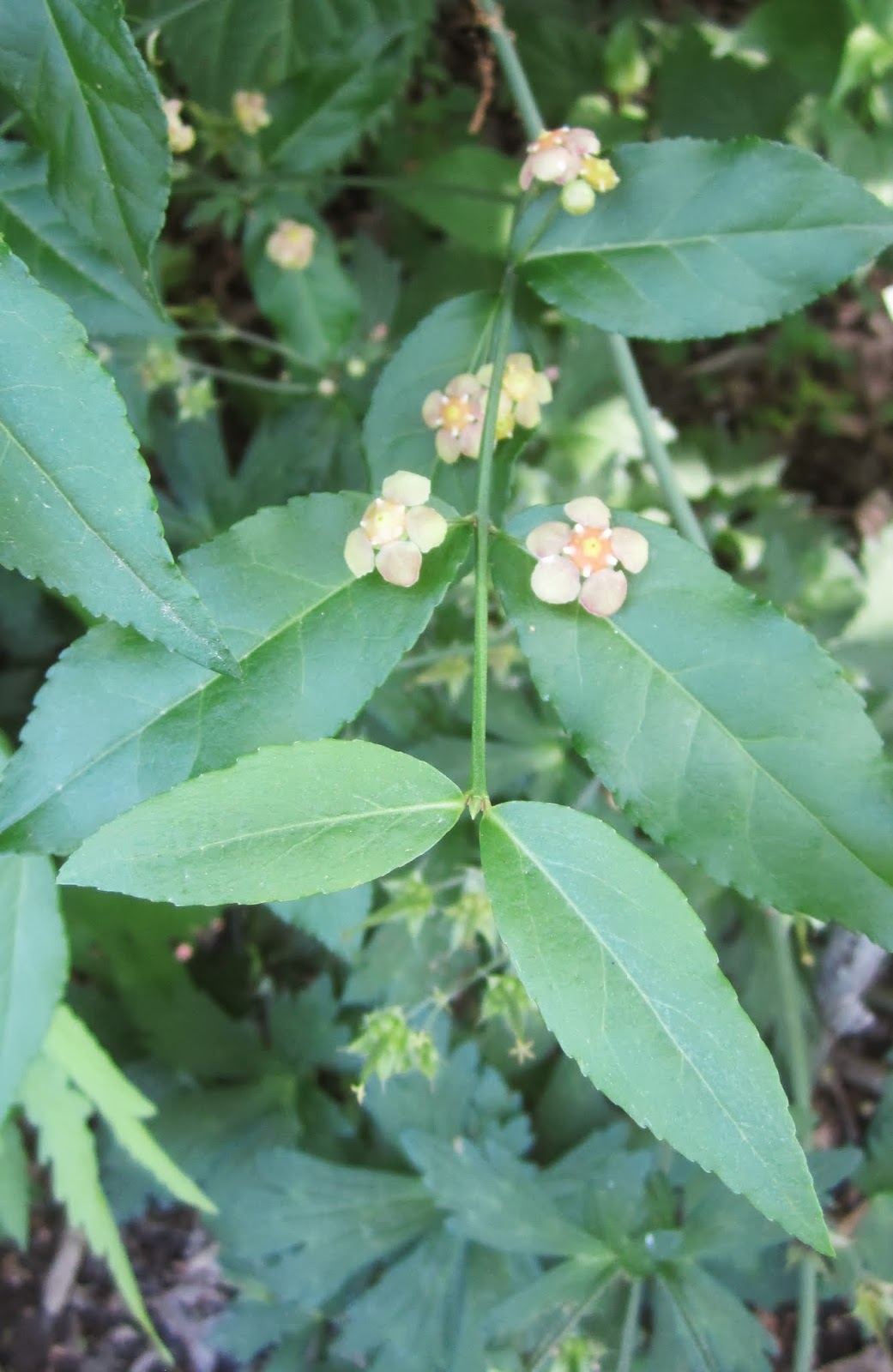 Among native shrubs in bloom, here's the native Euonymus (americana), also called Hearts-a-bustin'. It's a favorite of deer, which means it has all but disappeared from Princeton's nature preserves. I saw one growing at Herrontown Woods a few years back, but have yet to find it again. The flowers are barely visible, but the berries are bright red and surprisingly ornate. This one's in our backyard, safe from the deer. The ubiquitous "winged" Euonymus in the woods is an exotic. 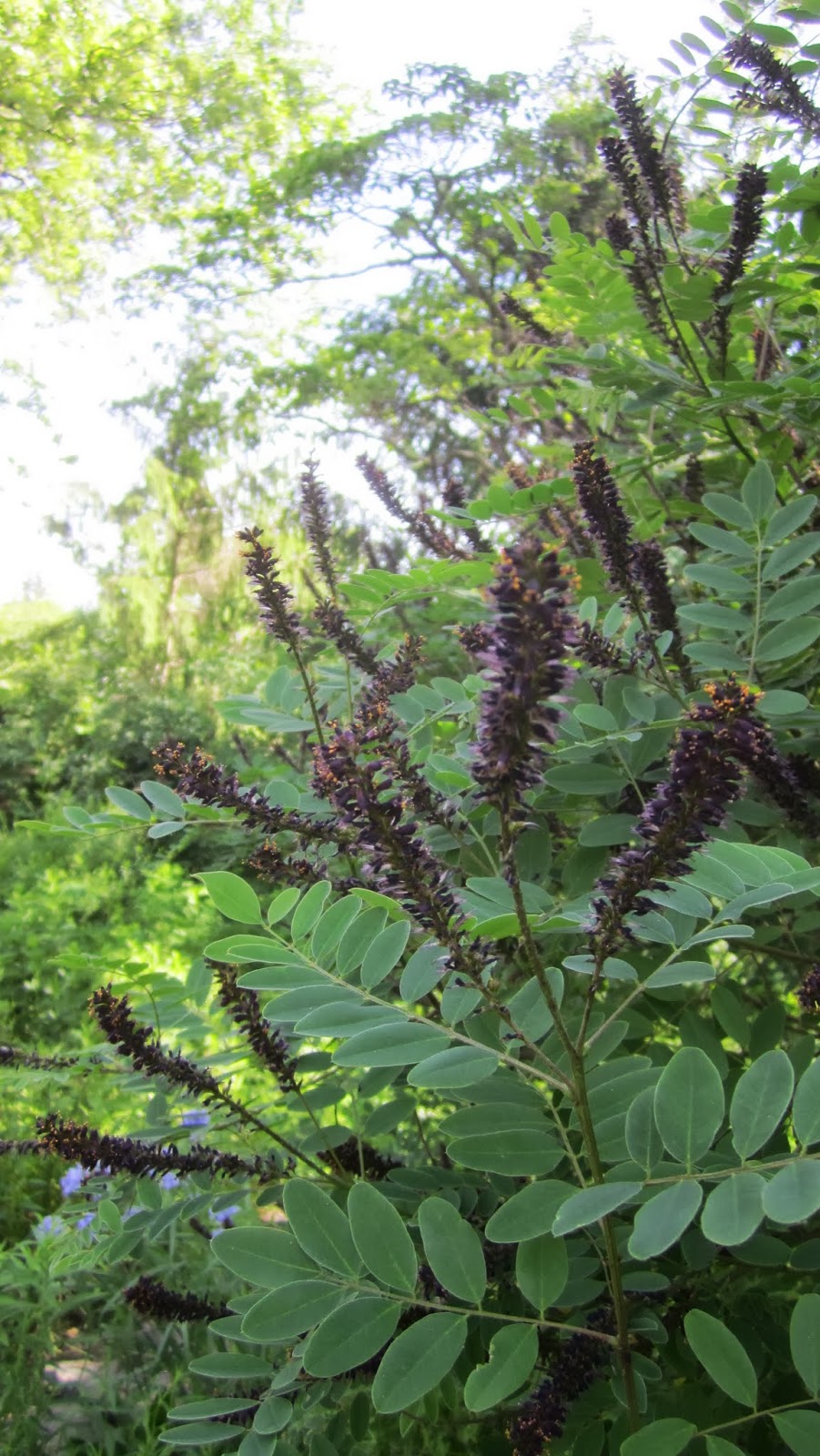 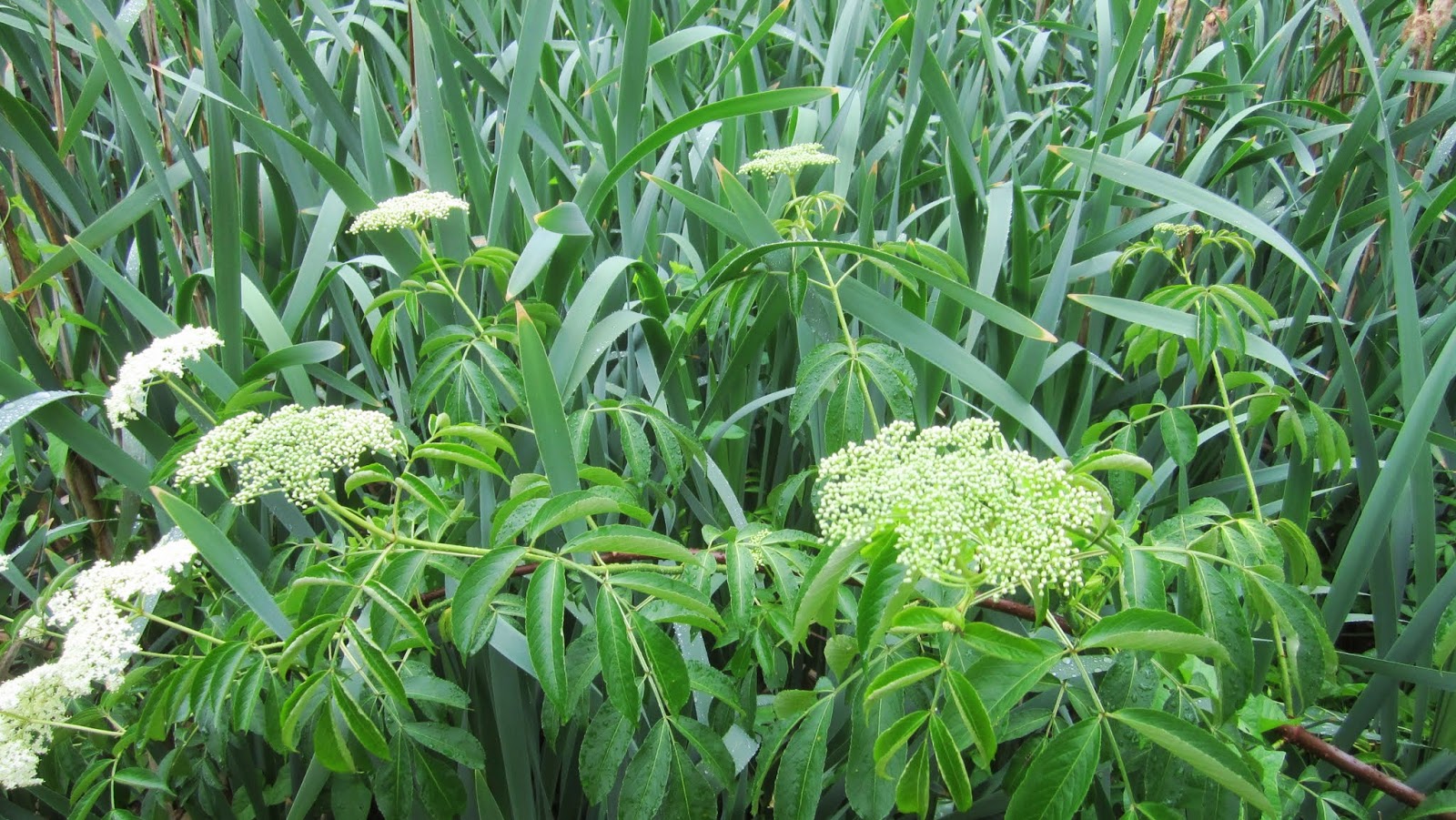 In the same locations, and also occasionally found elsewhere, is elderberry (Sambucus canadensis), a large, somewhat gangly native shrub that bears large disks of berries good for making pies, jelly and, for those with the skill and patience, wine.
Posted by Steve Hiltner at Saturday, June 08, 2013