As evidenced by this bit of campus-grown tree planting, probably by some inspired students at Westminster Choir College, there's great satisfaction in planting a tree. Few small acts offer promise of so grand a result. If only we could unleash such forces for good through our fingertips, like superheroes, in all aspects of life.

There was a time--back when Princeton and the rest of the eastern U.S. was mostly farm fields--when planting a tree had even greater meaning. The relative lack of trees made people feel like they needed to speed the process. Many of Princeton's pine plantations that lost so many trees in recent storms were planted in the 1960's or before, to jumpstart reforestation.

It's nice to feel needed, particularly by something so grand as a tree. In many places we still are--along streets and in parking lots, where shade is needed to cool the asphalt, or to plant just the right tree in just the right place to shade a house or play equipment in a park.

But one sign of a healthy habitat is the capacity of species to reproduce on their own. It turns out that, when given the right conditions--exposure to sun and soil and a lack of exposure to deer--they're really quite good at it. Backyards can be more likely to offer these conditions than many of New Jersey's forests. 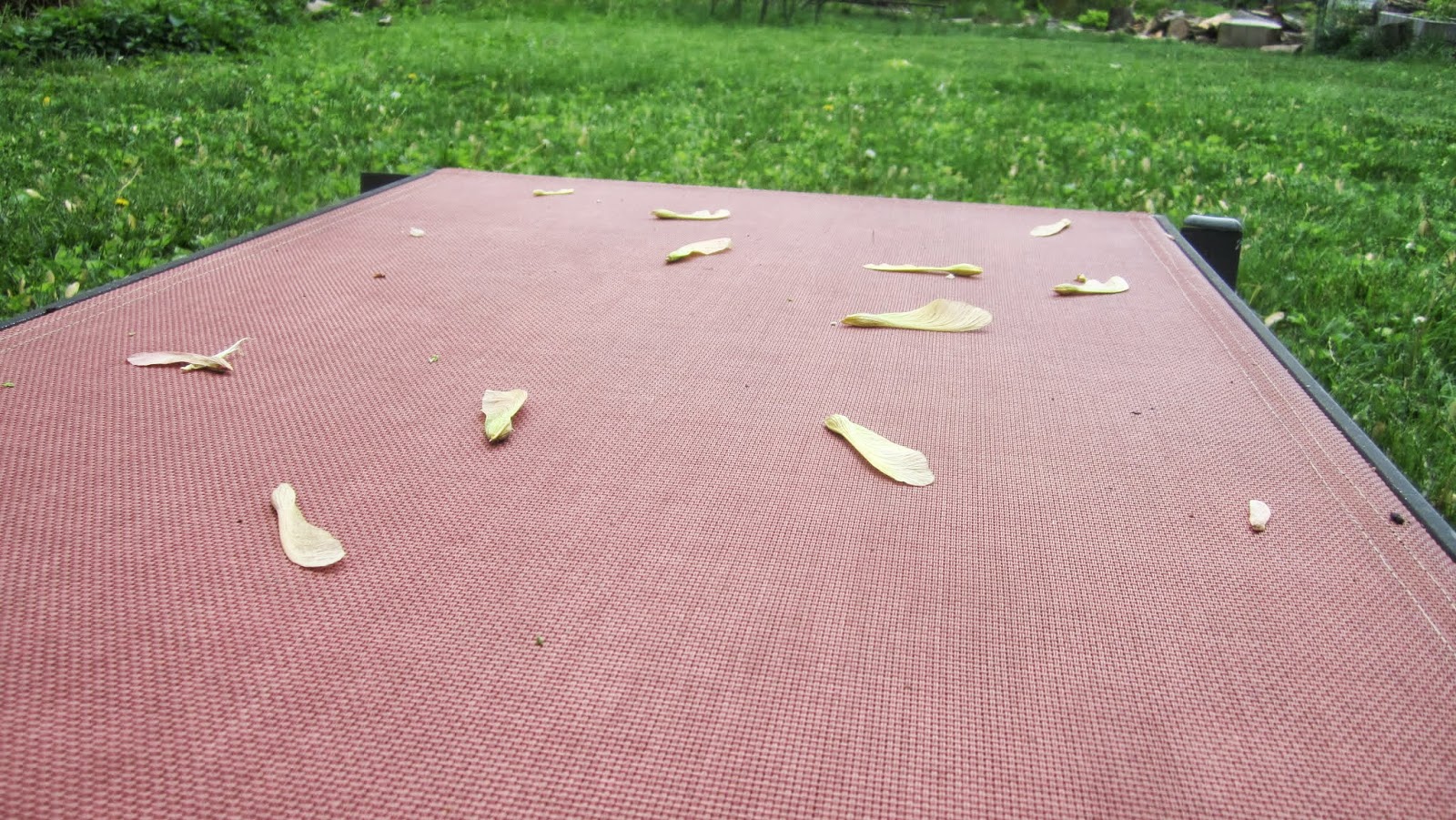 First comes the deluge of seeds, accumulating by the tens, 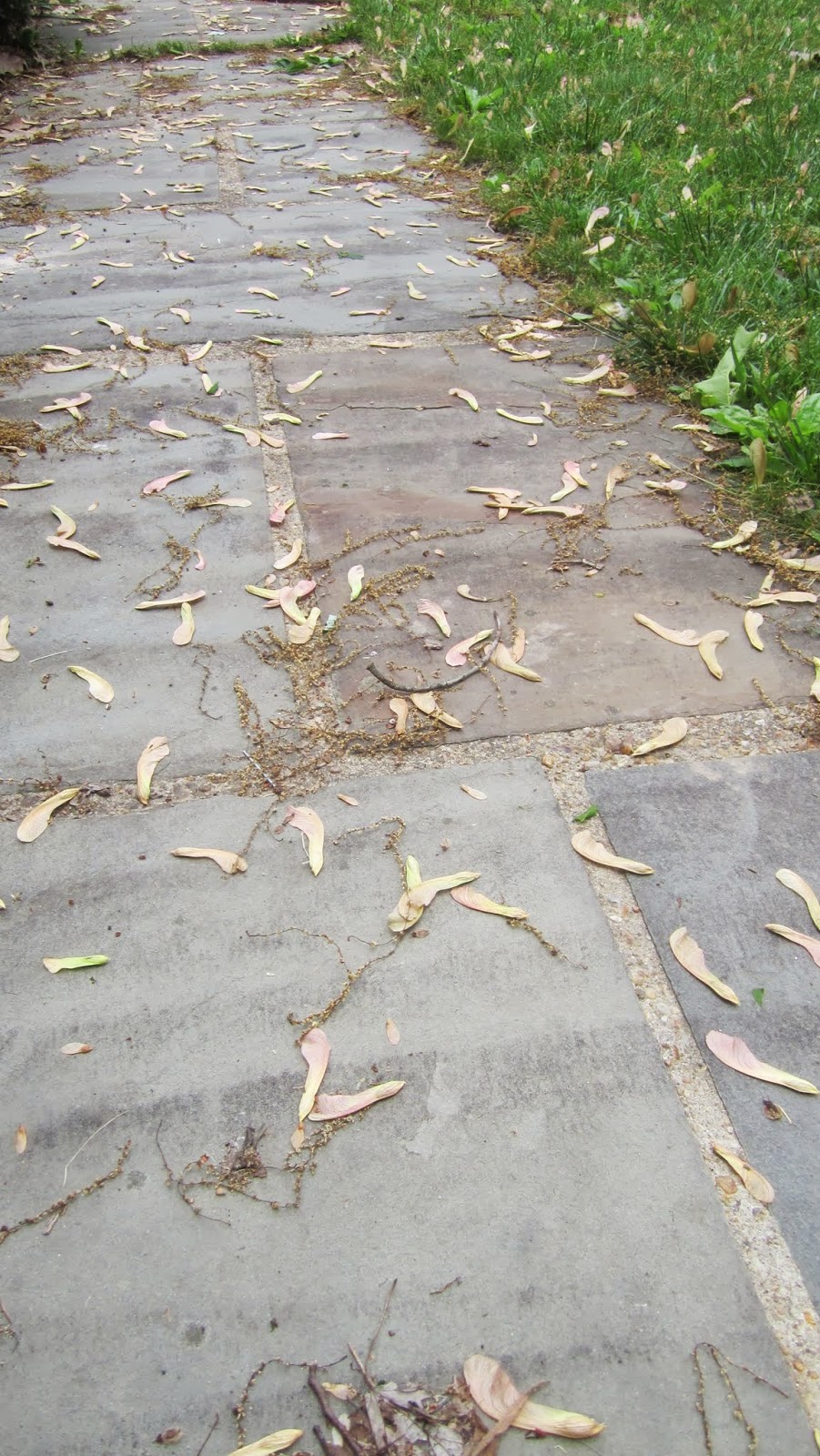 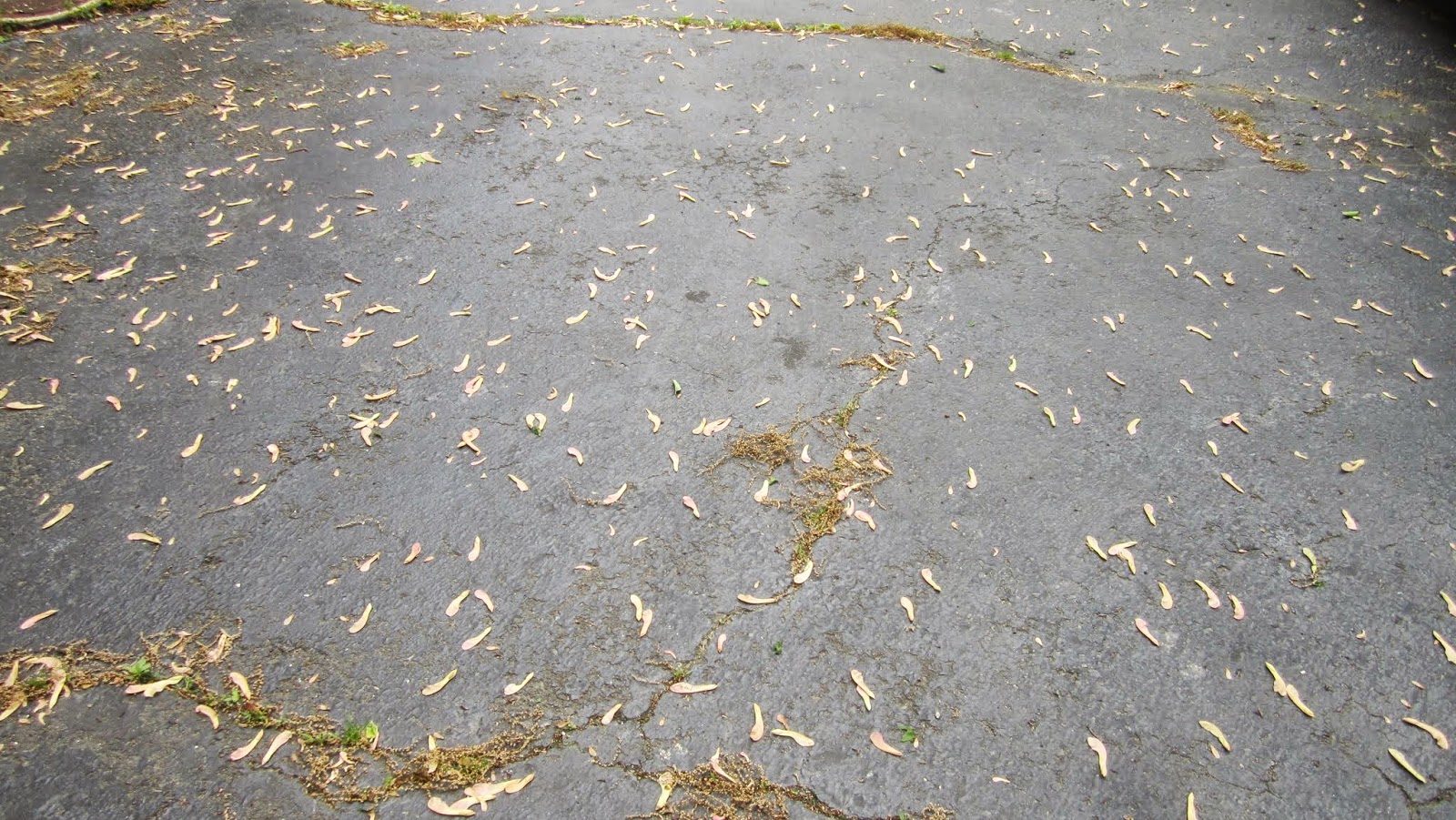 and thousands, on pavement, lawn and in flower beds. These happen to be the achenes of maples that twirled down like helicopter blades from nearby trees to seed every square foot of house, yard and driveway. 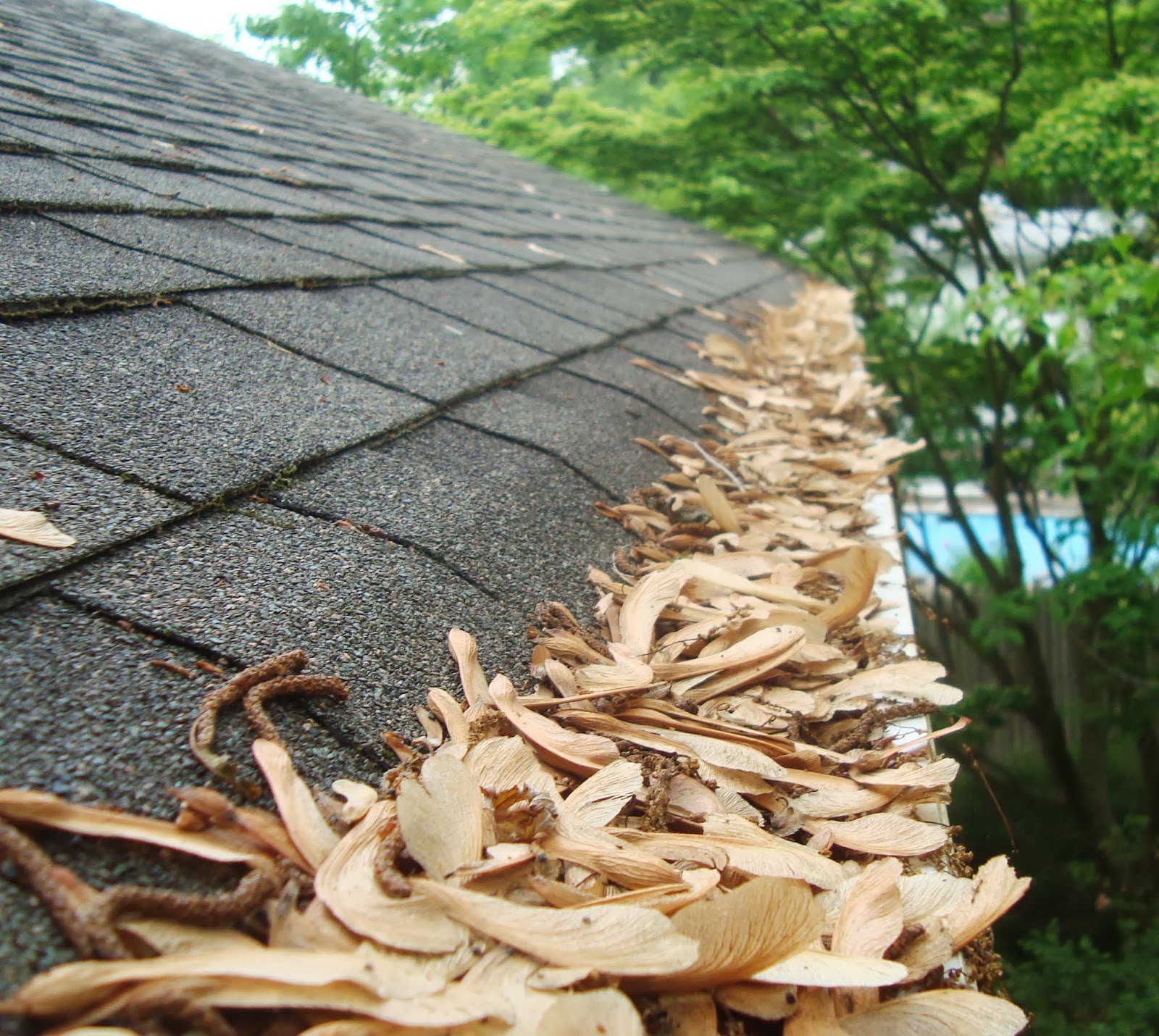 They'd even grow on the roof if given a chance. 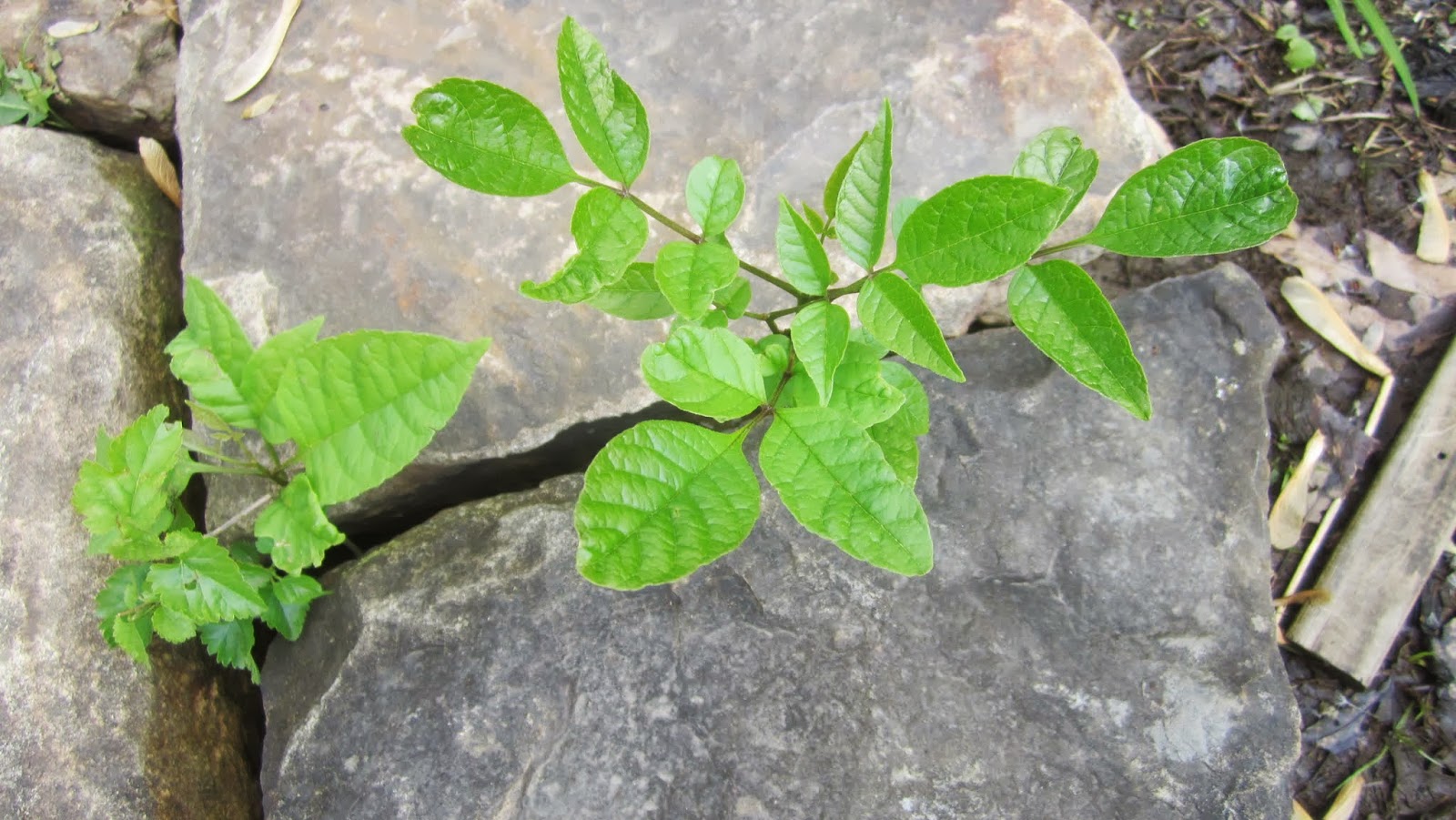 Meanwhile, last year's seeds have shown smashing success in converting themselves into seedlings, which I pull out by the hundreds if the soil is soft enough, as they pop up anywhere a square inch of soil can be found. 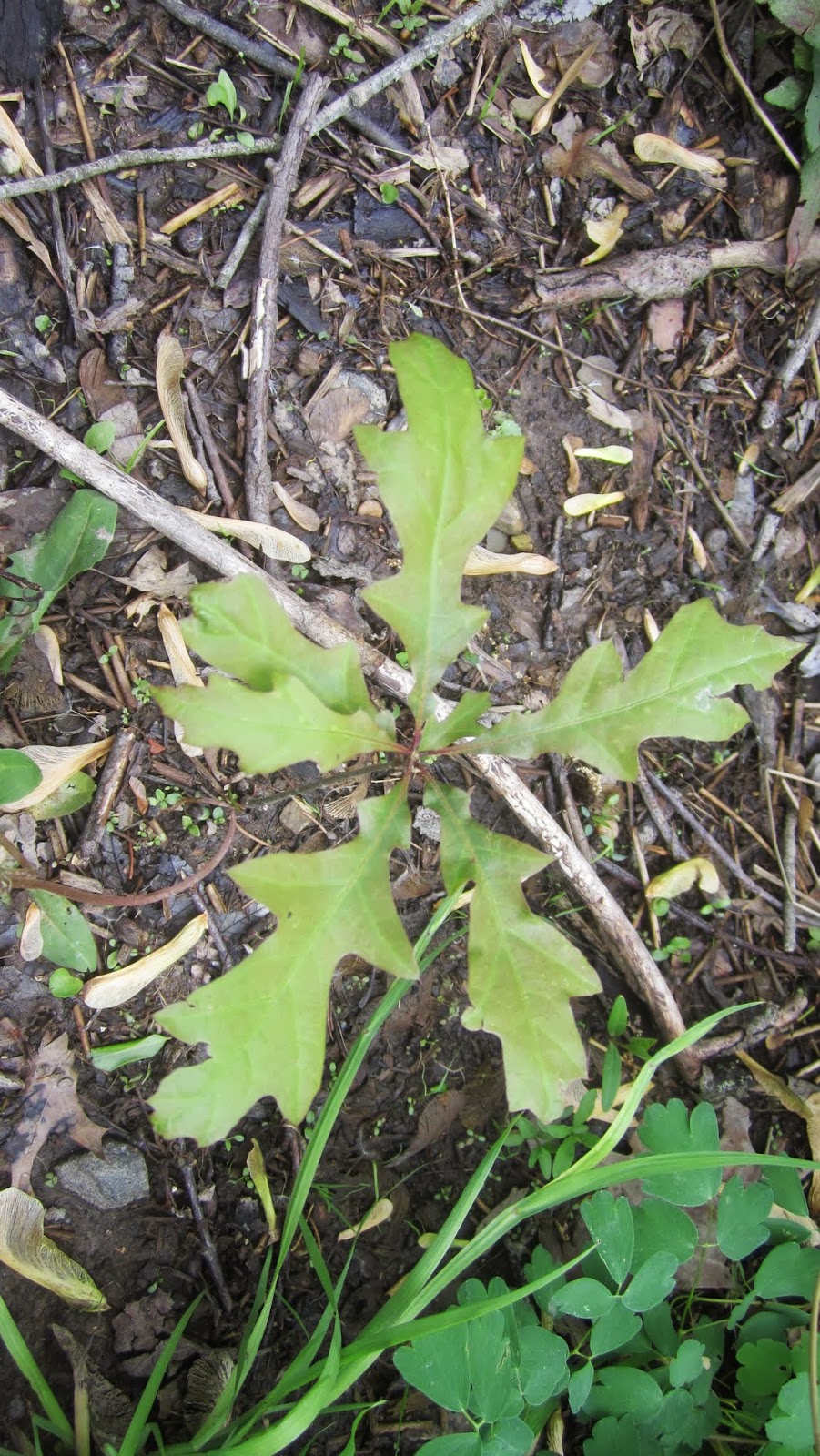 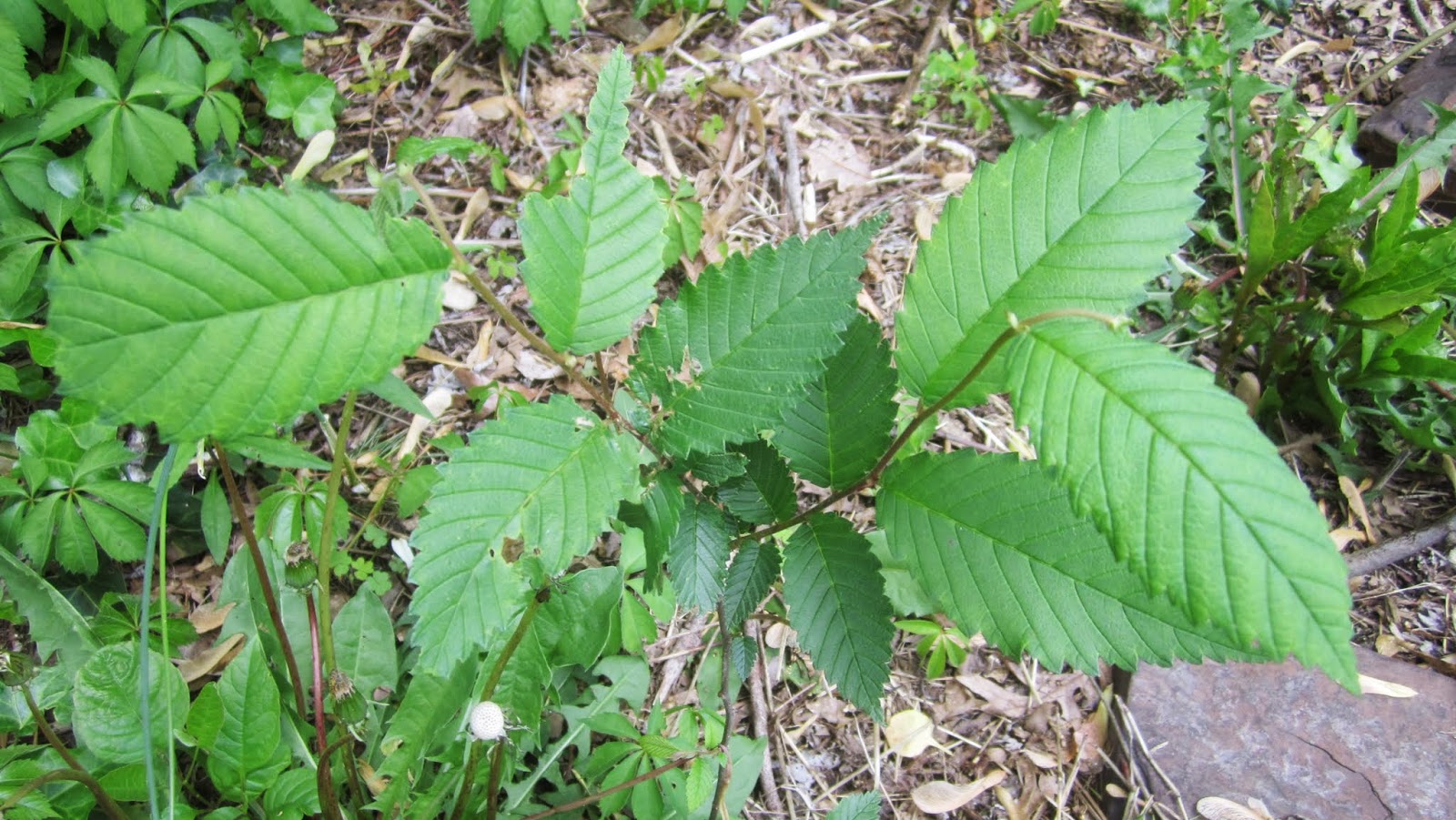 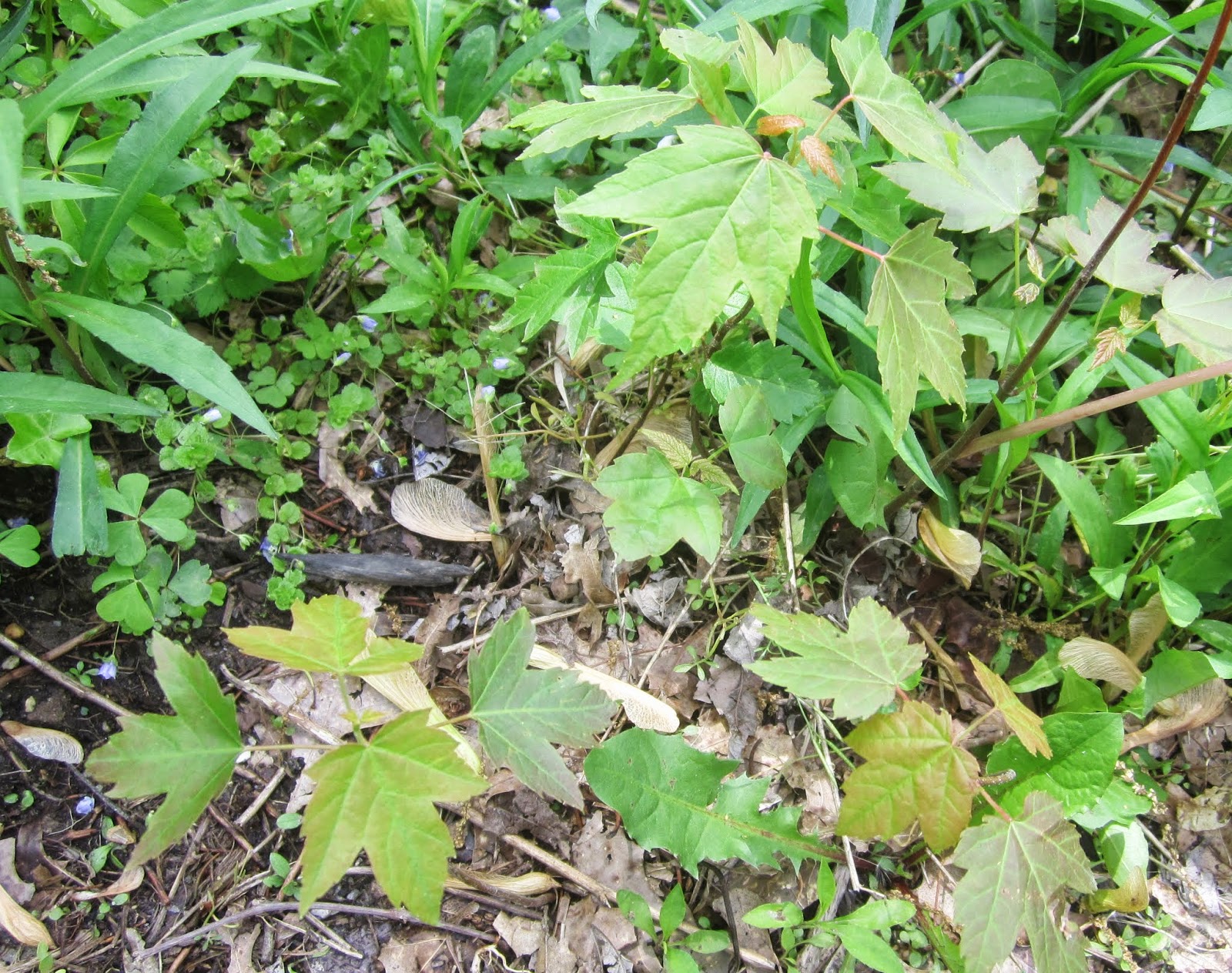 and the most prolific of all, scores of silver maples.

With sunny areas in the yard being saved for wildflowers, tomatoes, and dreams of a few solar panels, none of these trees get to grow. But they show what trees can do, on their own, when conditions are right.
Posted by Steve Hiltner at Tuesday, June 04, 2013