Yesterday, Harry's Brook turned into Princeton's own Milky Way. The source of the pollution is difficult to determine, because every part of the creek upstream of the intersection of Harrison Street and Hamilton Ave. was buried long ago in underground pipes. You can see in the distance where the creek emerges out of the oval pipe, with the intersection just beyond. In another era, kids would seek adventure and cooler temperatures in the summer by exploring these pipes, which extend up towards Palmer Square, where this branch of the creek begins. 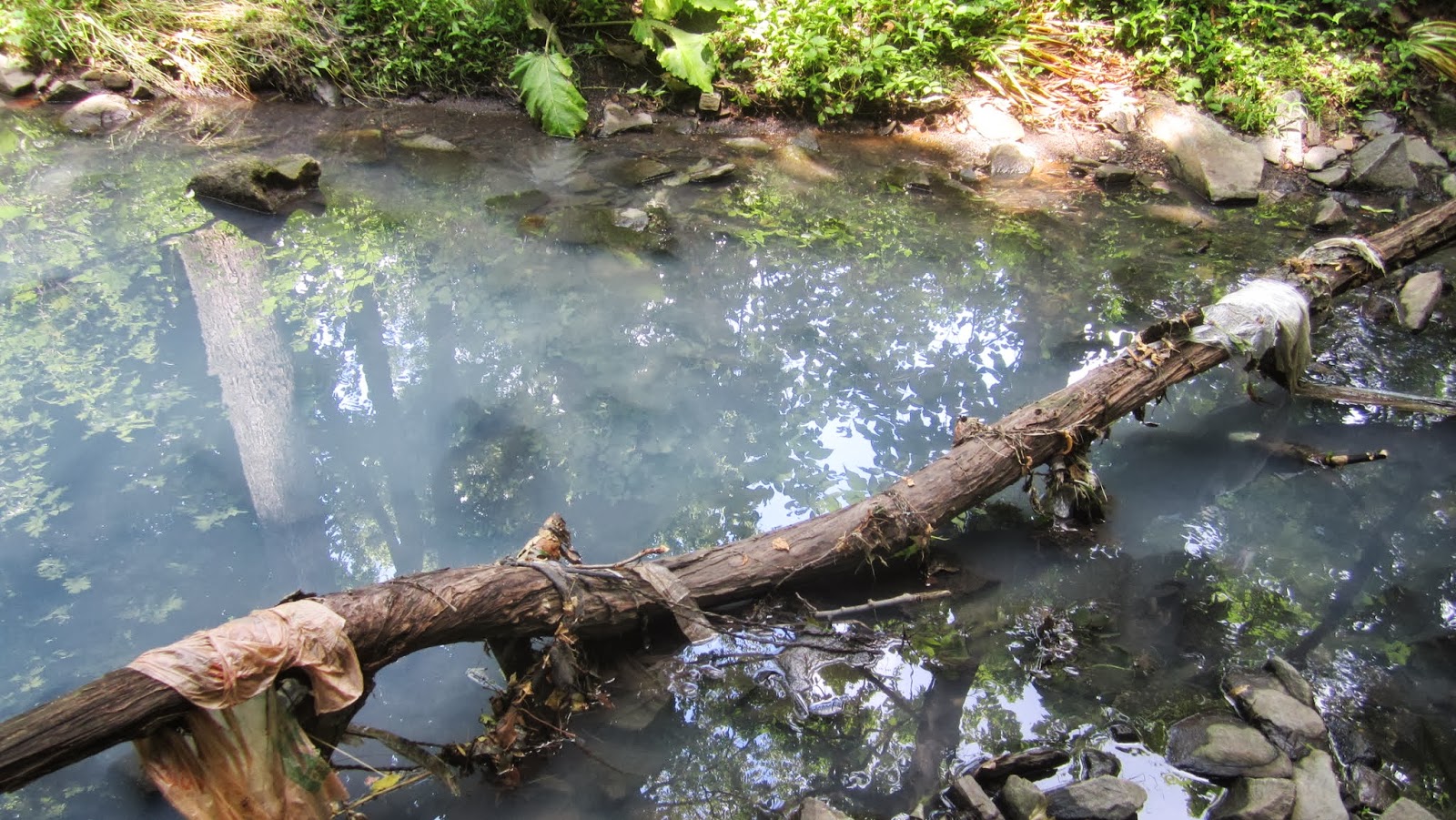 I took a sample of the water, and reported the spill to town engineers and the Stony Brook Watershed Association, which does periodic monitoring of the creek. These episodic spills, which may only linger an hour or two, don't show up in periodic water quality testing. There's been as yet no interest shown in testing the sample I took, which to the untrained nose had no telling odor. Hard to say whether it was serious pollution or of the "spilled milk" variety. Whatever it was, it will flow eastward down the length of Harry's Brook to where it empties into Carnegie Lake near Kingston.

Some of Princeton's other underground creeks--those that drain the Witherspoon and Guyot Street neighborhoods, and flow west to join the Stony Brook near Johnson Park School, emerge from pipes in Pettoranello Gardens, and they, too, sometimes have an unusual color. One spill I tracked back to periodic releases by the town swimming pool when it flushed its filters. (There may be a different protocol now with the new pool.) The timing of this Harry's Brook spill is worth considering, with perhaps some end of school year maintenance going on.

Anything poured into the street ends up in the local creek. And sometimes there are cross connections in which materials that should be going down the sanitary sewer to the wastewater treatment plant instead flow untreated through the stormwater system into the creek.

Those who saw Stephen Sondheim's fairy tale-filled musical "Into the Woods" at McCarter may wonder if Jack's cow Milky White miraculously started producing again, but given McCarter's location in the Princeton landscape, that gusher of mythical milk would have headed straight down to Lake Carnegie, far from Harry's Brook's meanderings on the north side of Nassau Street. Still, fairy tales don't necessarily need to obey local topography. 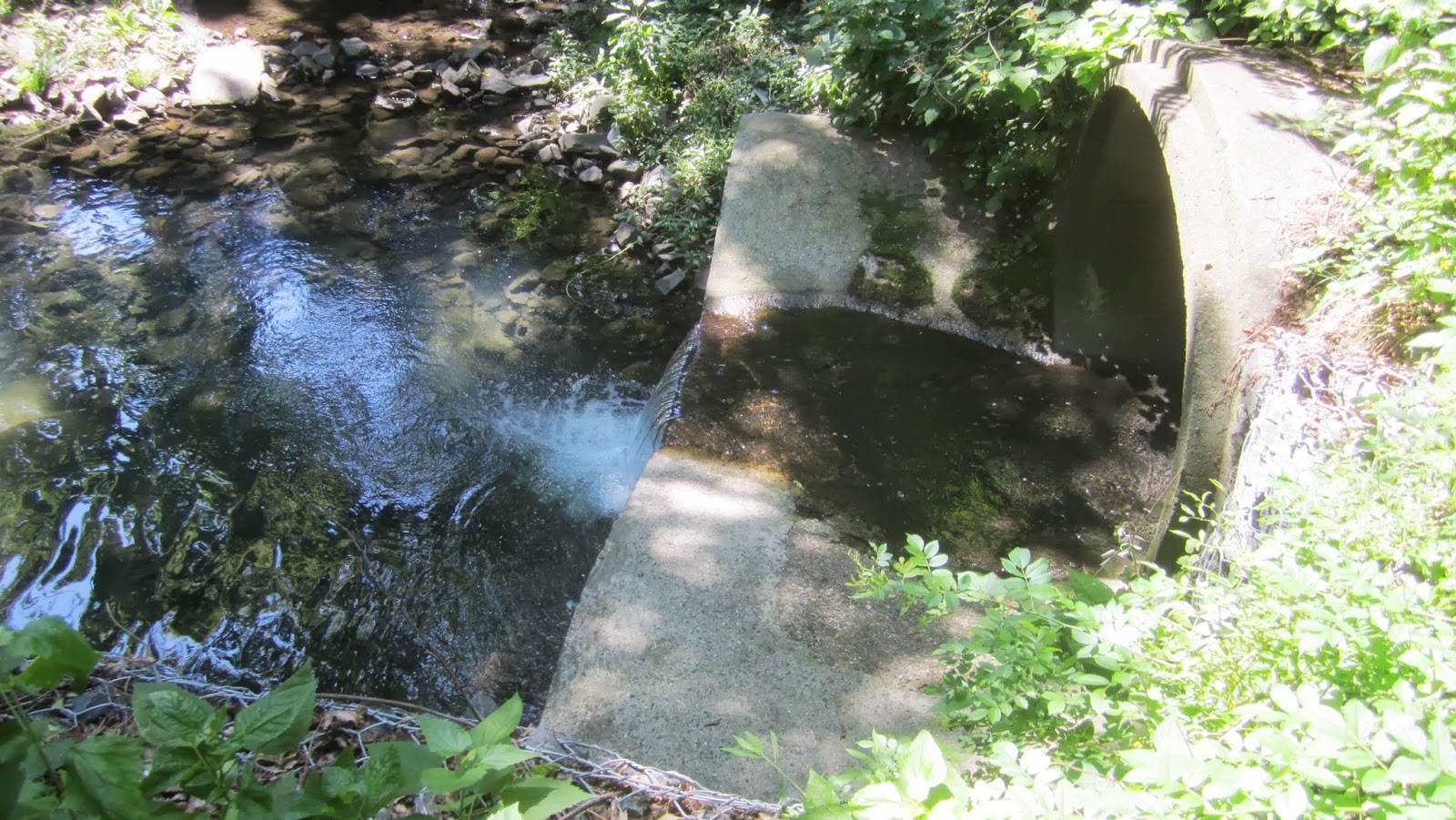 In any case, by today, Harry's Brook was back to its normal clear self, the only evidence of white being the bubbles from a small waterfall.

Note: See update at this link.