A Springtime Walk Through Herrontown Wood 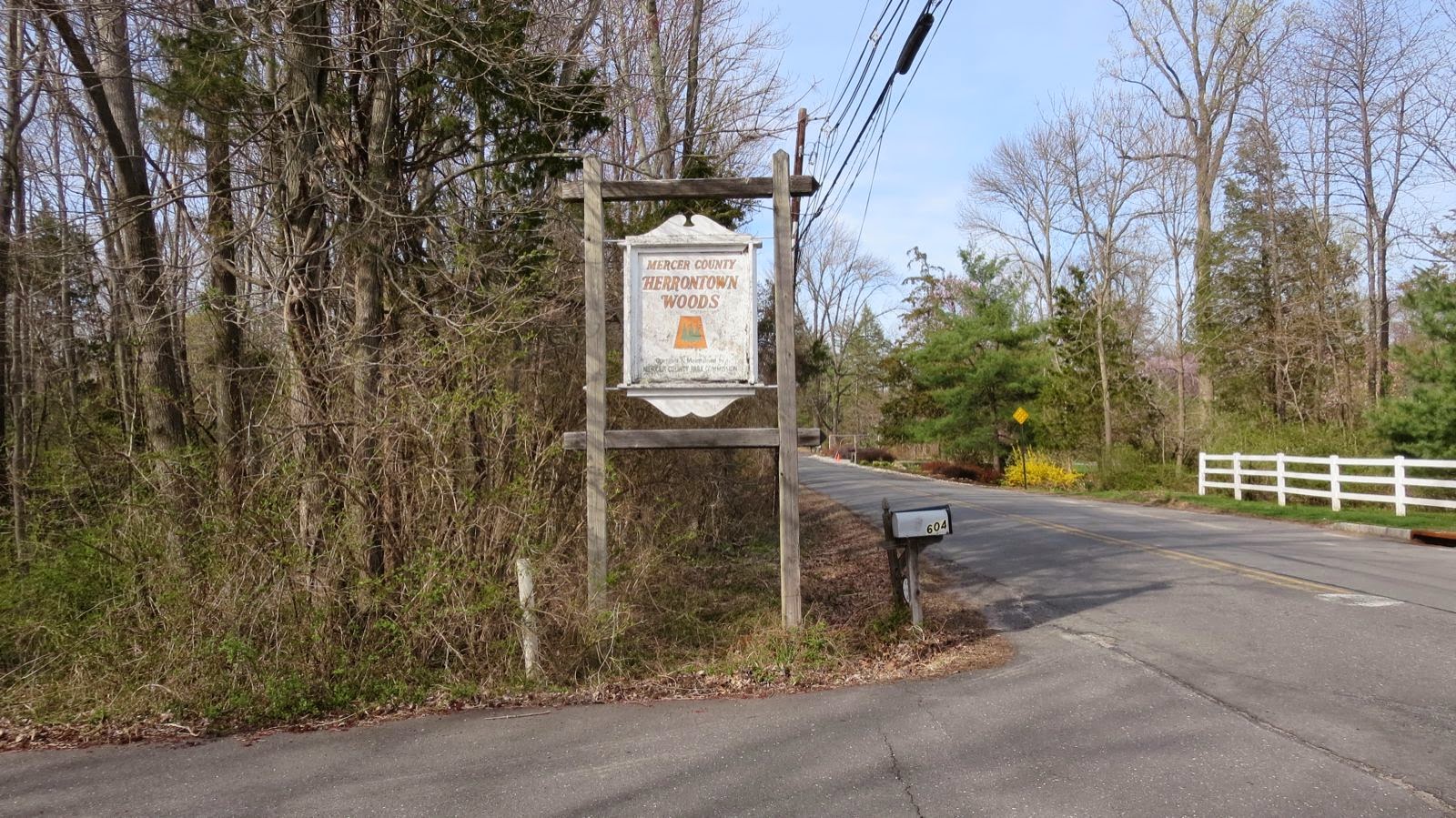 One of the prettier spots to take a walk in Princeton is Herrontown Wood, the original nature preserve from which all others in town followed. The parking lot is down a deadend street opposite the entrance to Smoyer Park on Snowden Lane. 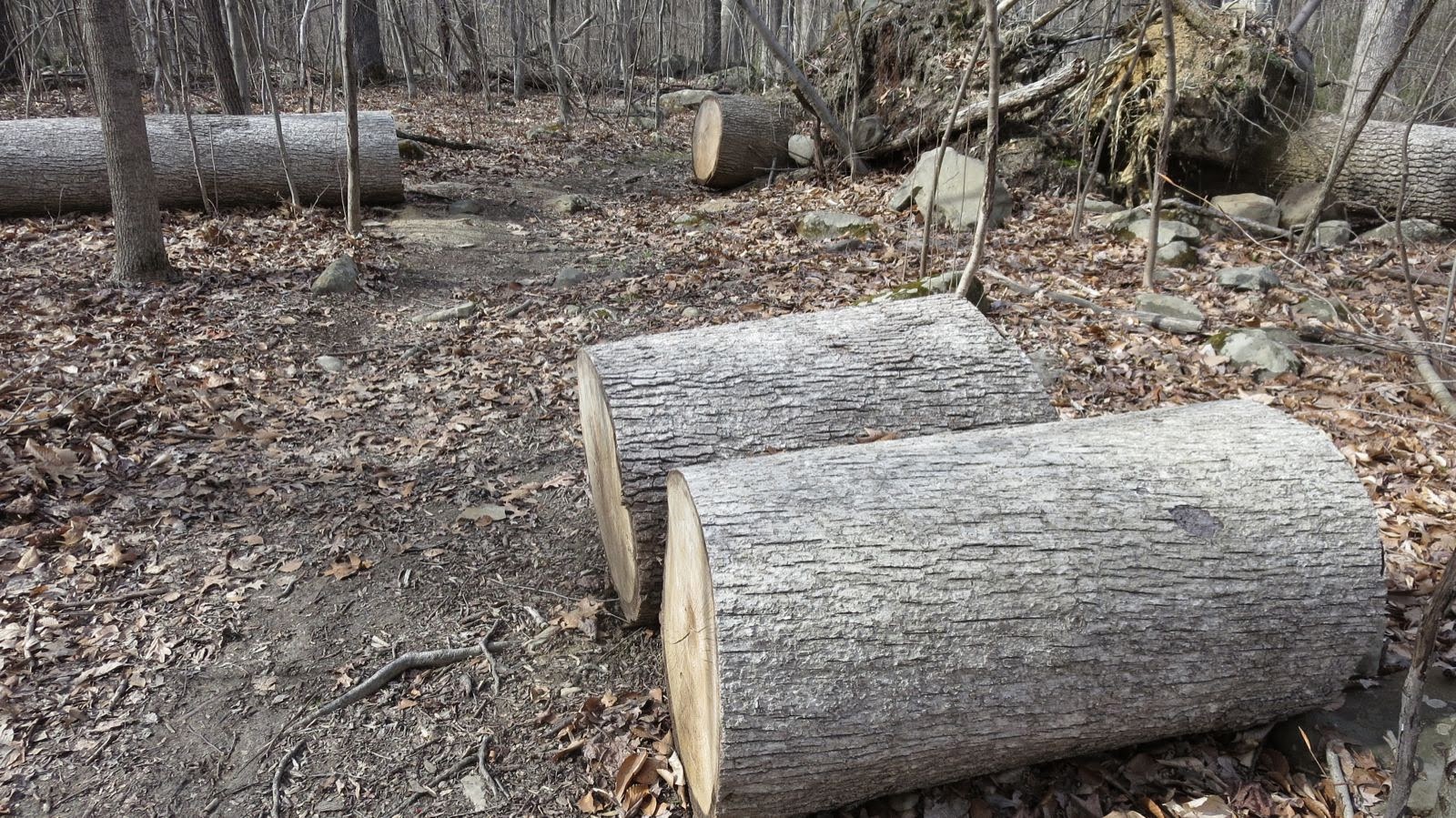 Though long blocked by fallen trees and invasive shrubs, the trails were reopened last summer and fall by Kurt and Sally of the Friends of Herrontown Wood. 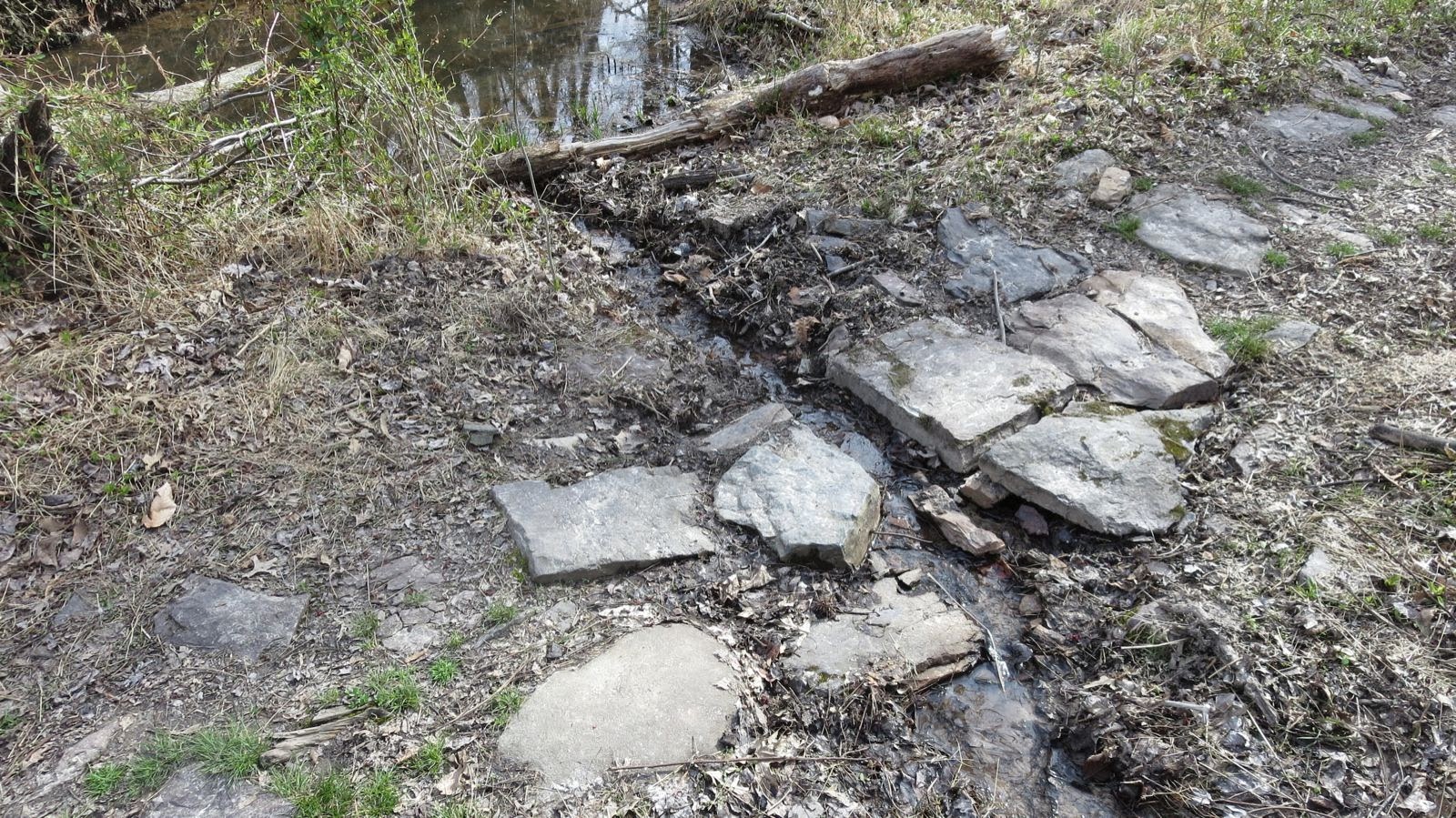 They continue to work to improve the trails where the many rivulets of spring runoff cross. 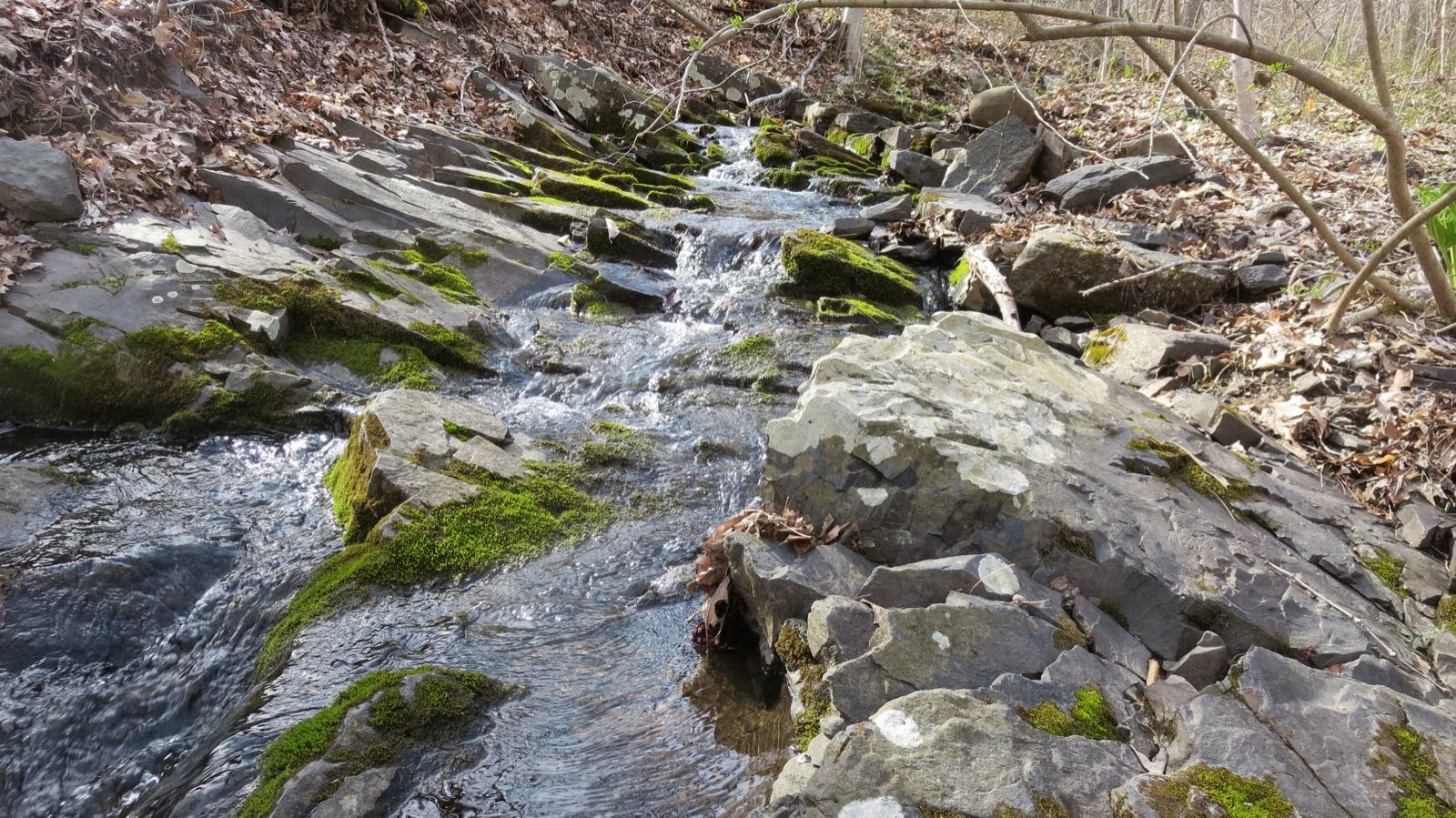 In spring there's good flow in the rocky streams, 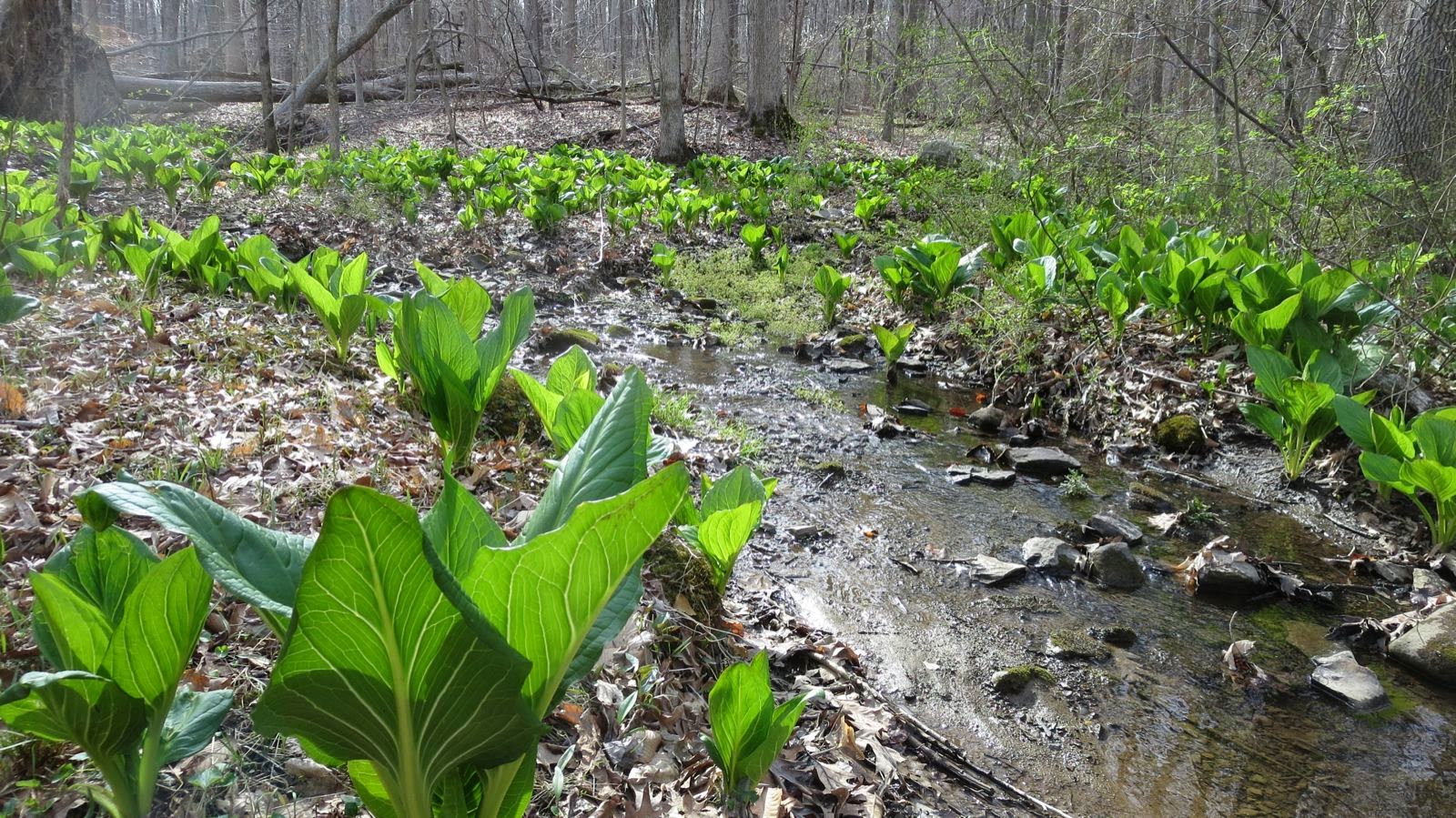 and skunk cabbage makes ribbons of green where floodplains broaden. 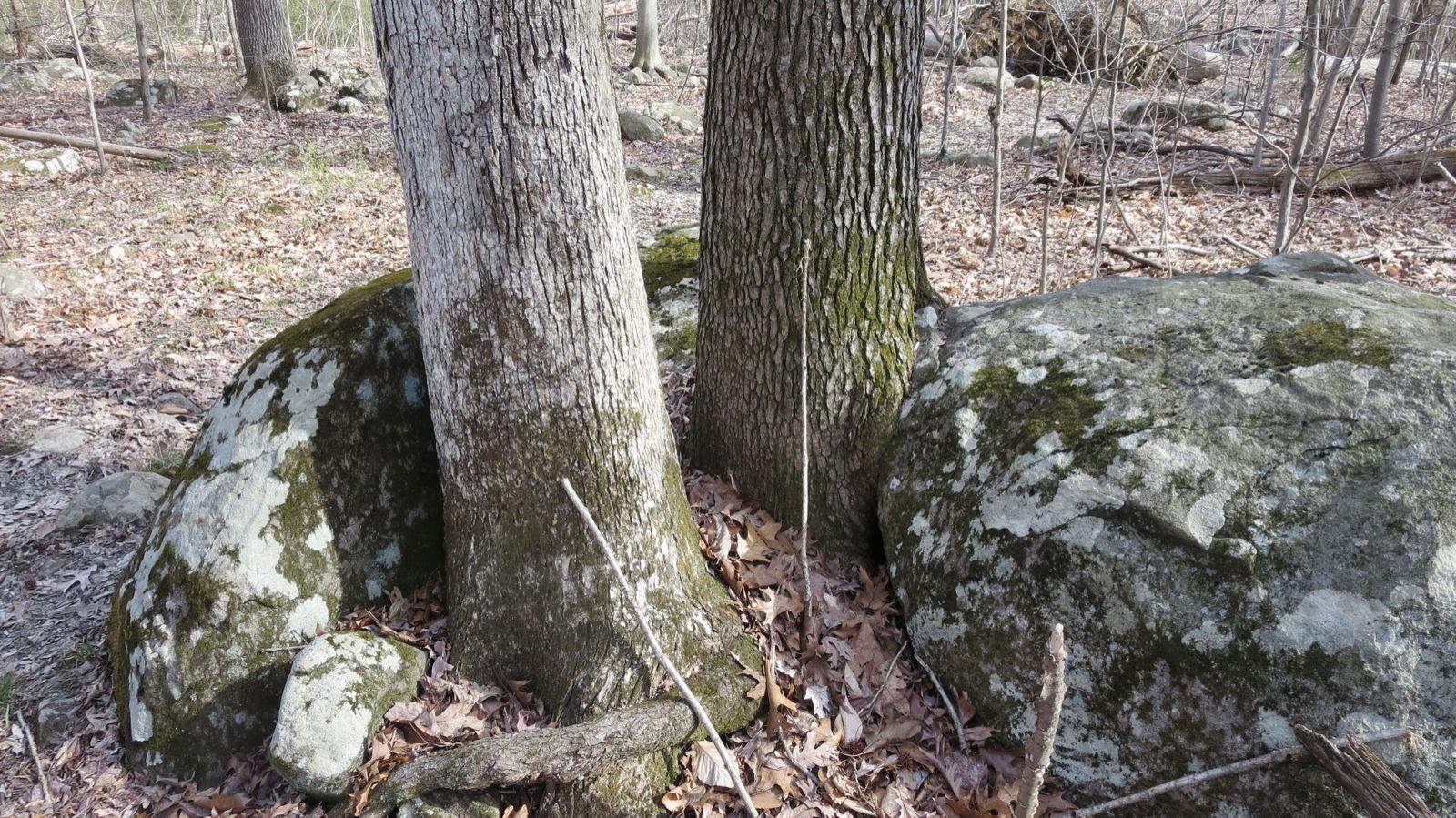 Trees grow where they're self-planted, 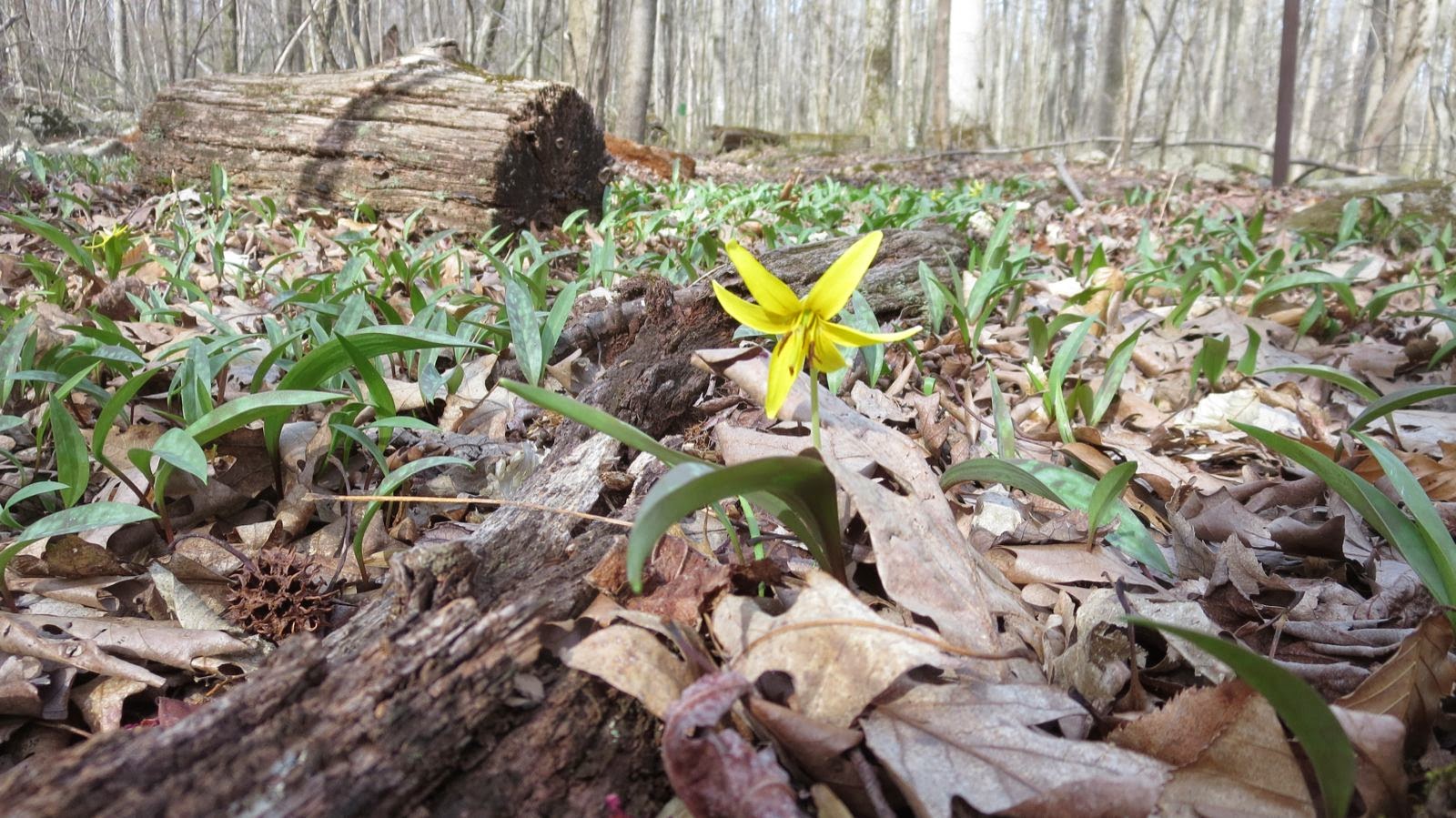 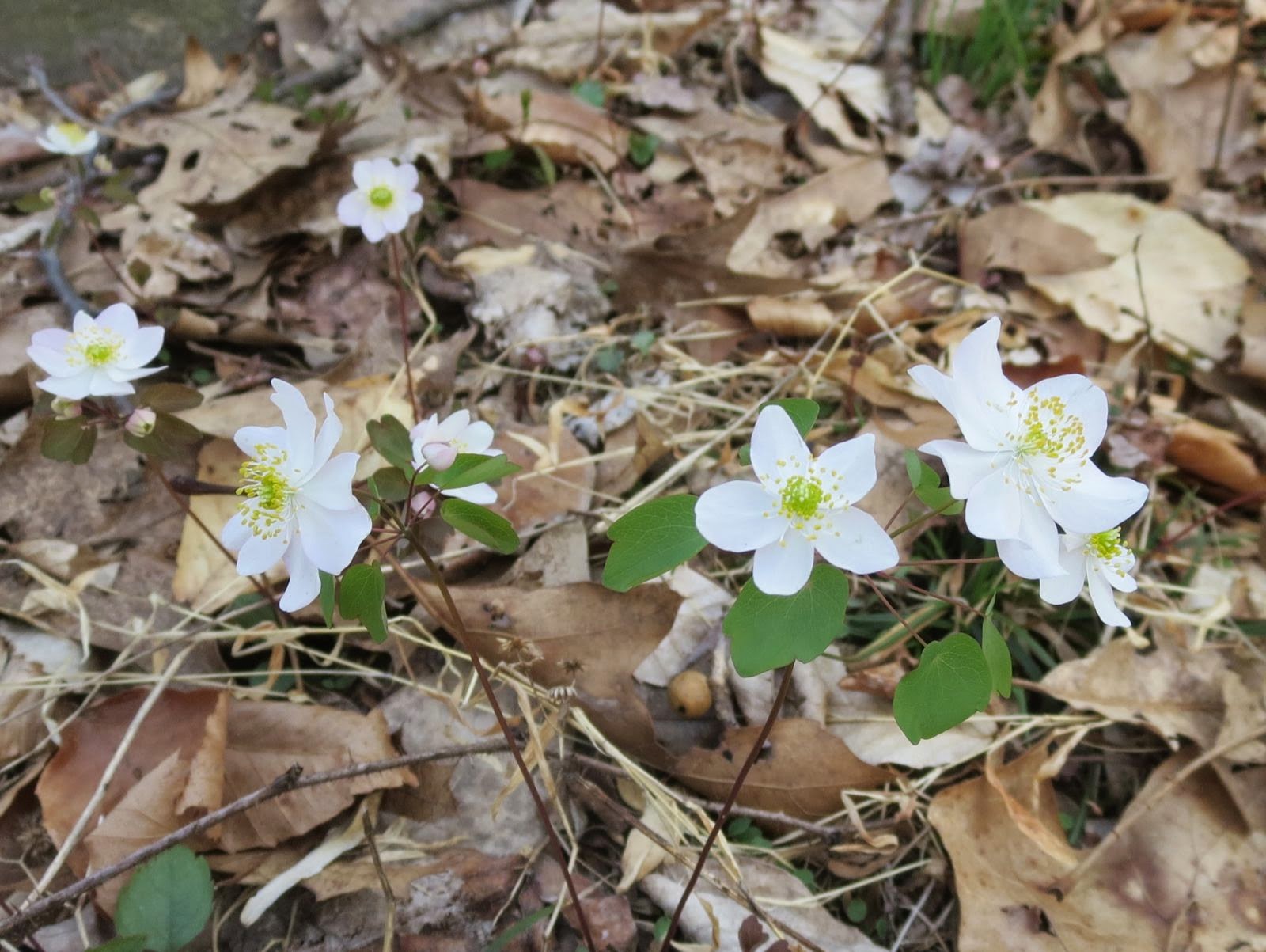 and a few patches of Rue-anemone survive along the trail edges. 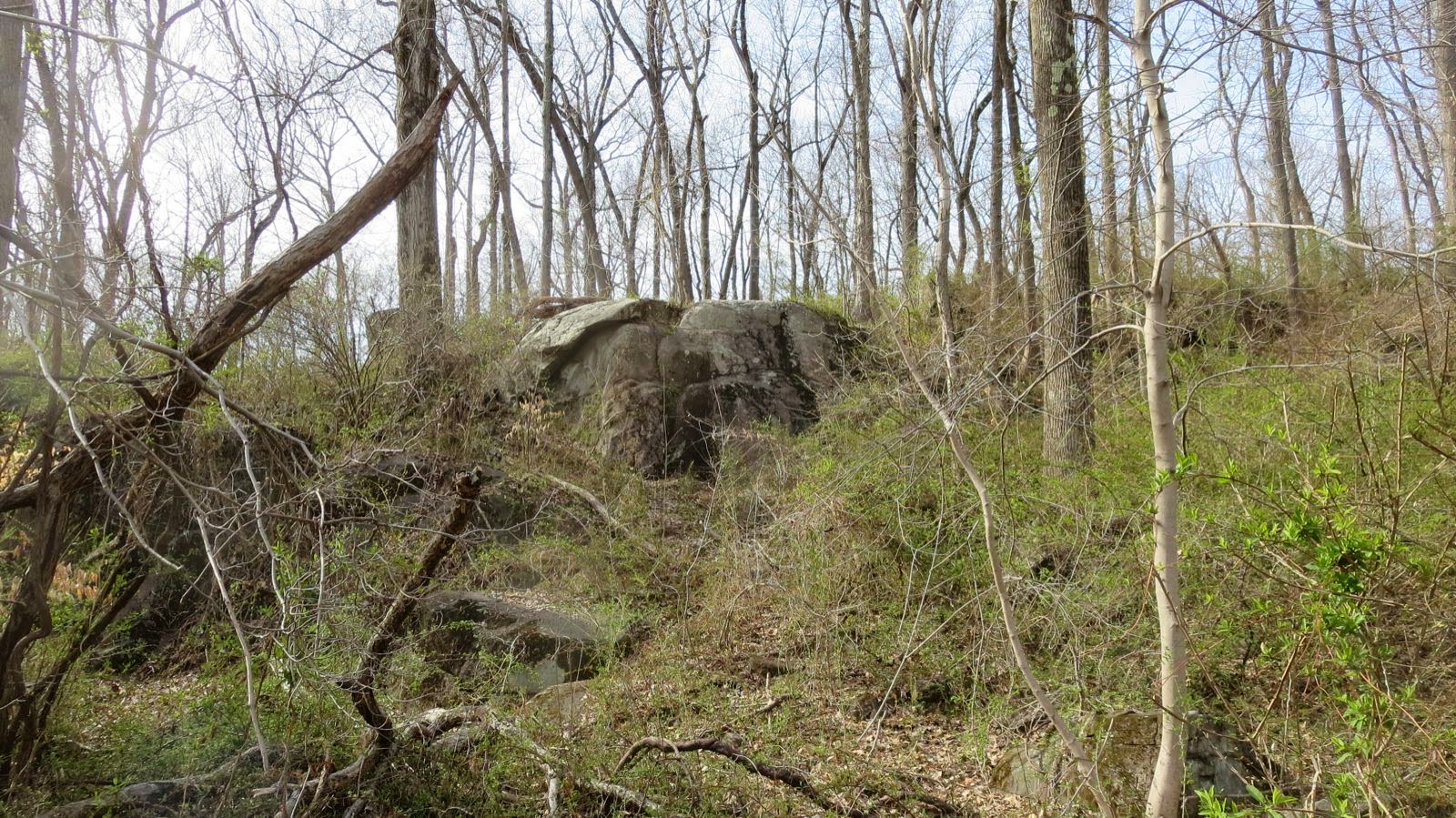 With most native woody plants just beginning to come out of dormancy, the cliff is still visible from a distance. The "second forest" of non-native shrubs--mostly privet, multiflora rose and winged euonymus--is casting a diffuse green. The early greening of the non-natives has the unfortunate effect of casting shade on the native spring ephemeral flowers that need the spring sunlight to gather enough energy for the next year's growth. 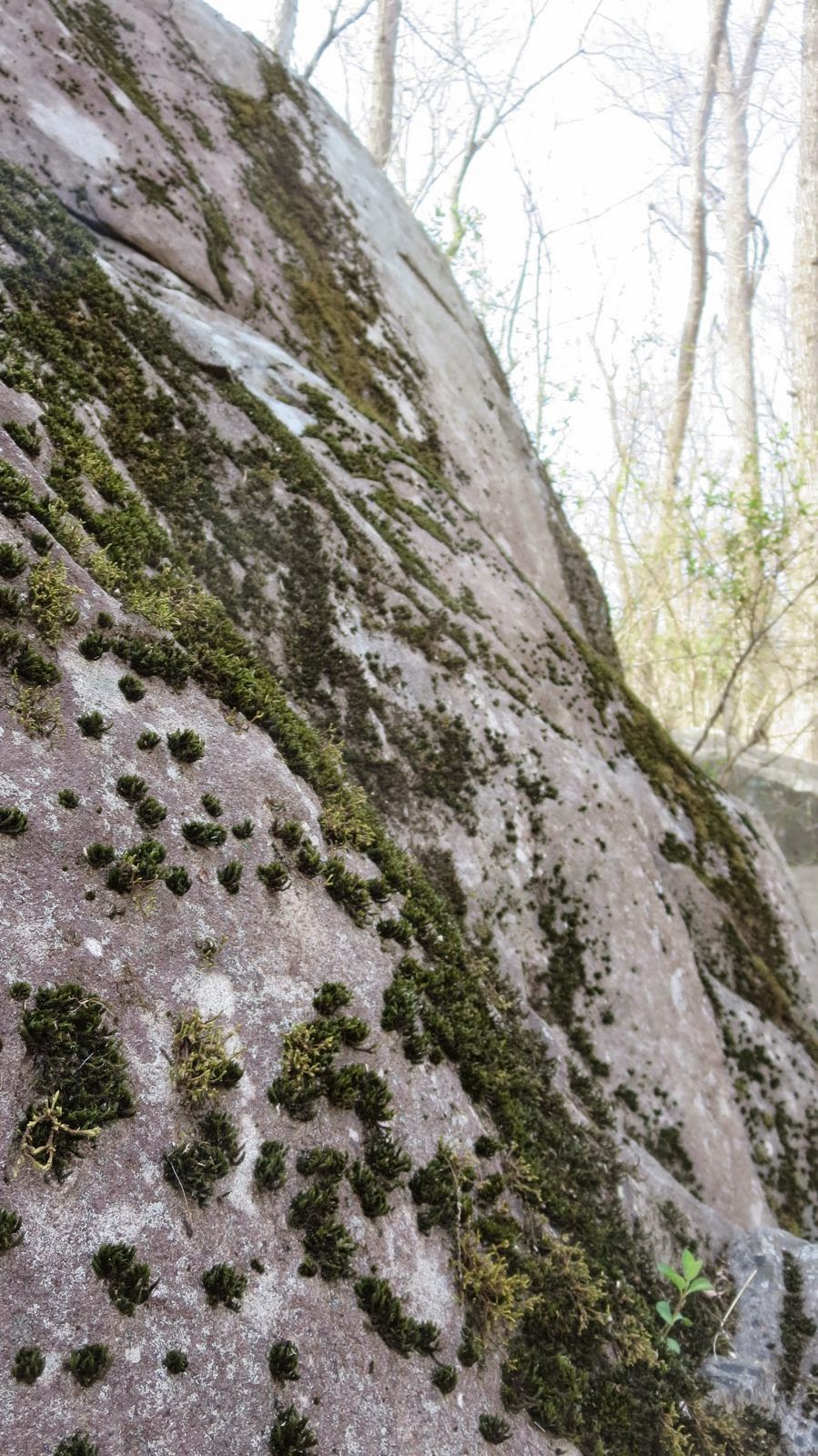 Mosses decorate the boulders with their infinite patterns. 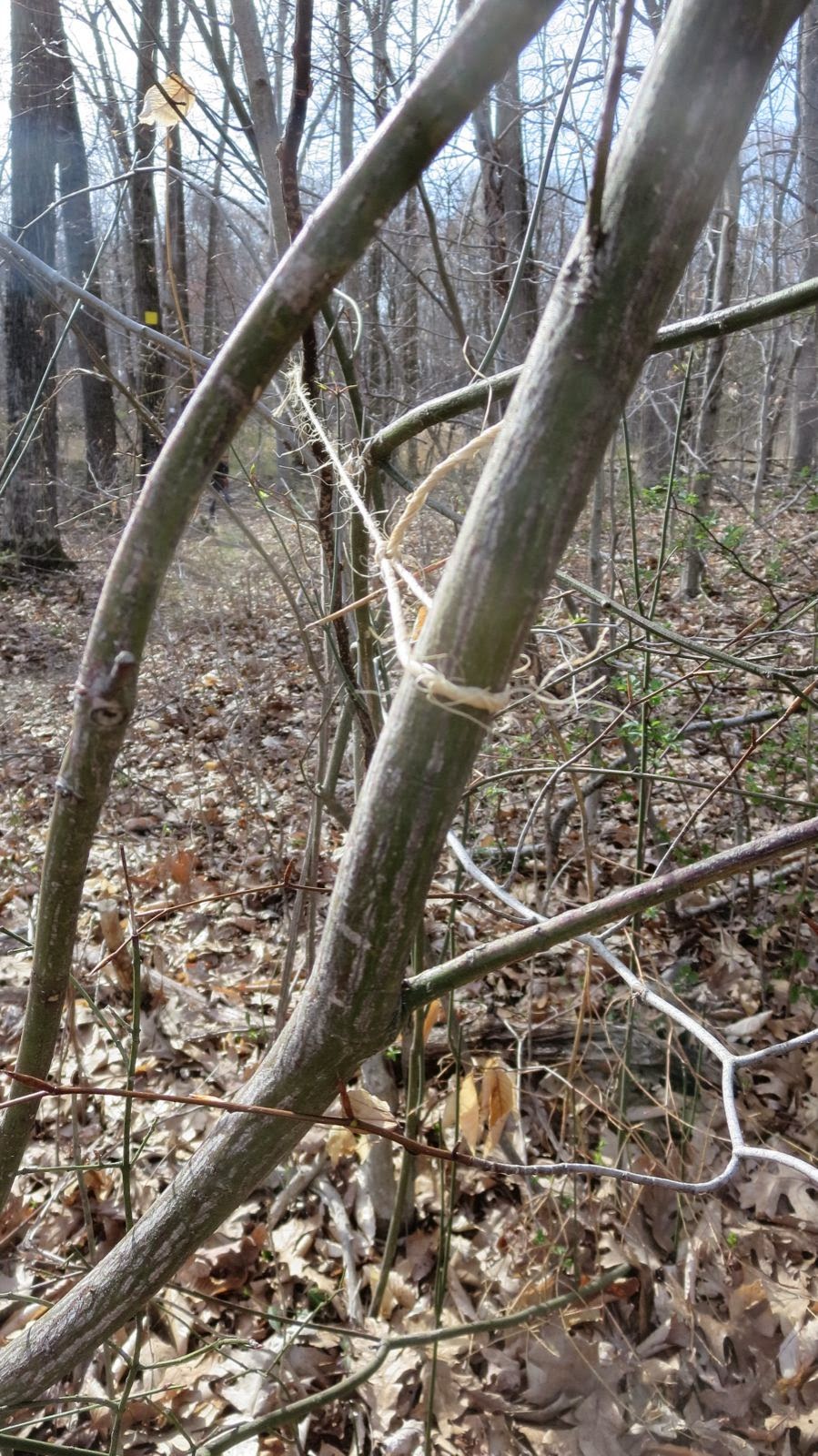 One thing that needed tending to was the propping up of one of the few specimens of native hearts a'burstin' (Euonymus americana) in Princeton. It's a favorite food of deer, but this specimen has survived because it is too tall for the deer to reach. Propping up will allow it to flower and set seed this fall. If only the deer would eat the many thousands of exotic winged Euonymus that clog portions of the park, there wouldn't be such an imbalance. But the wildlife's tastes don't seem to adapt to consume the introduced species.

At least the many exotic shrubs have helped out in one instance: We just found another hearts a'burstin' this past week, whose survival owes in part to the dense surrounding growth of exotic privet that has likely prevented the deer from discovering it. 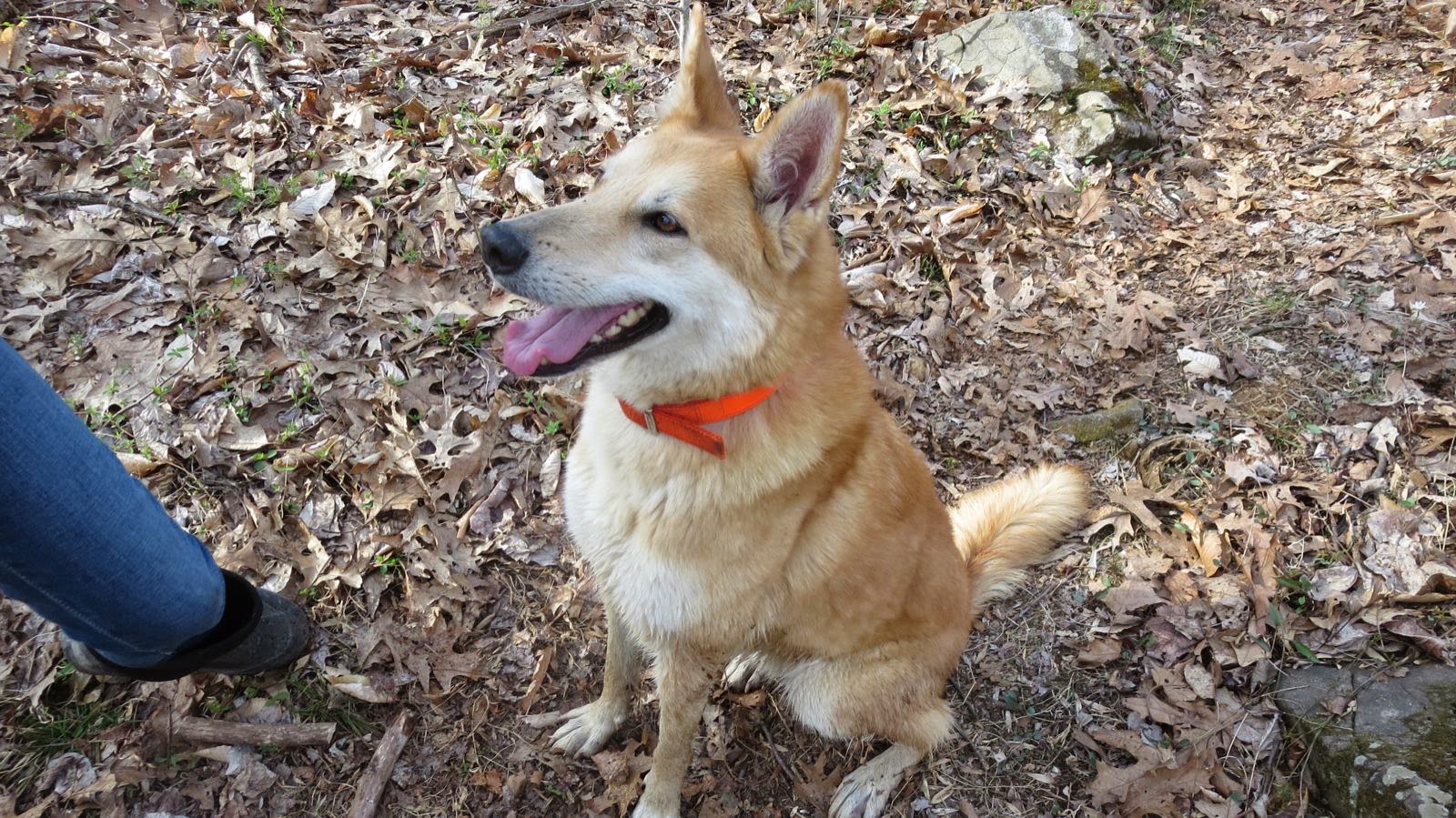 On a recent outing, I met a woman with a beautiful reddish dog named Fred, whose high level of alertness suggested a closer connection than usual with ancestral wolves. As we talked, we heard birdcalls down the hill that later turned out to be three pileated woodpeckers. 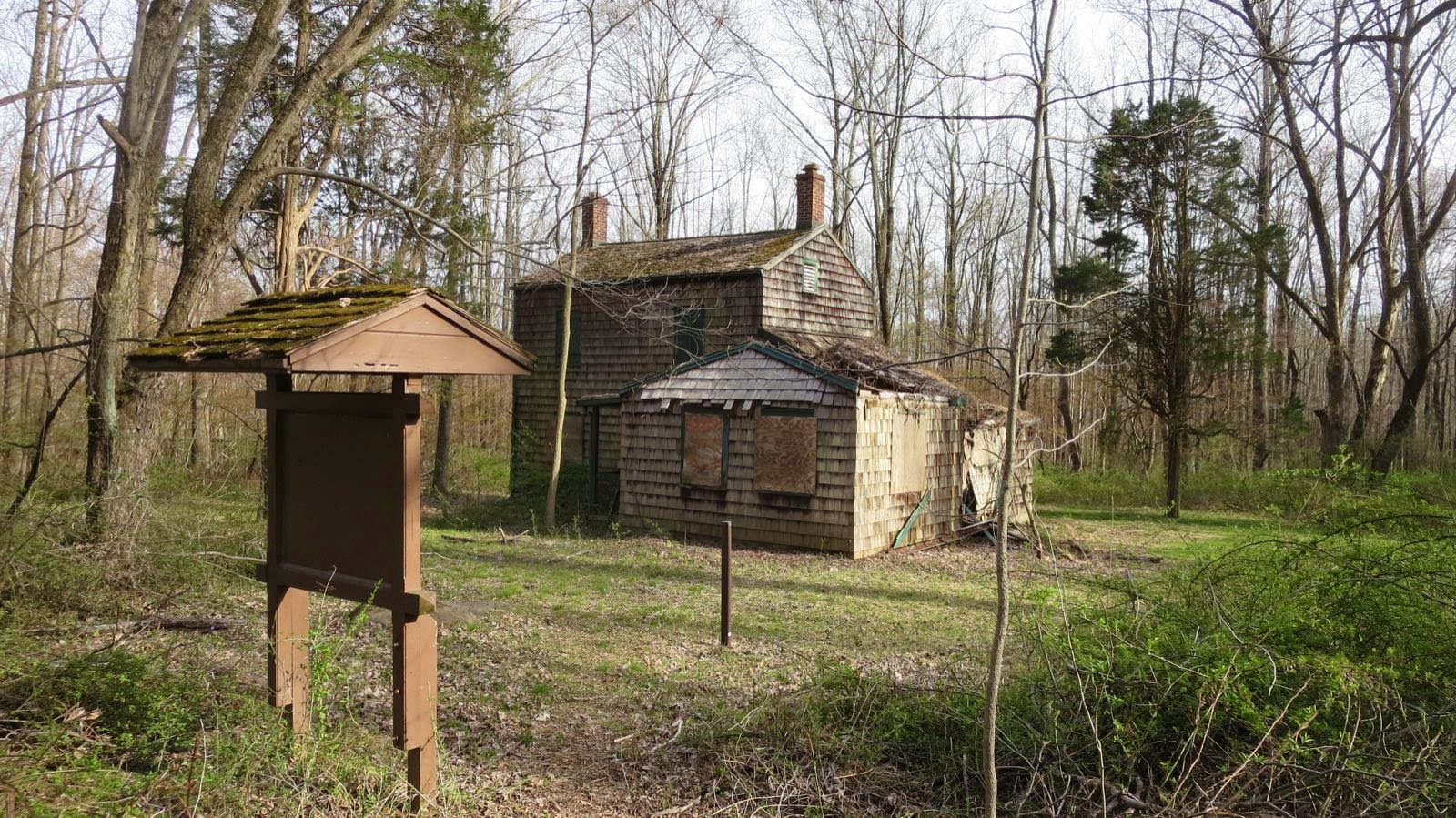 This could be said to be where open space preservation began in Princeton, at the 1870s farmhouse that the famous mathematician Oswald Veblen bought in the 1930s for his study, on land he and his wife Elizabeth would later donate to the county as Herrontown Wood.
Posted by Steve Hiltner at Friday, April 25, 2014