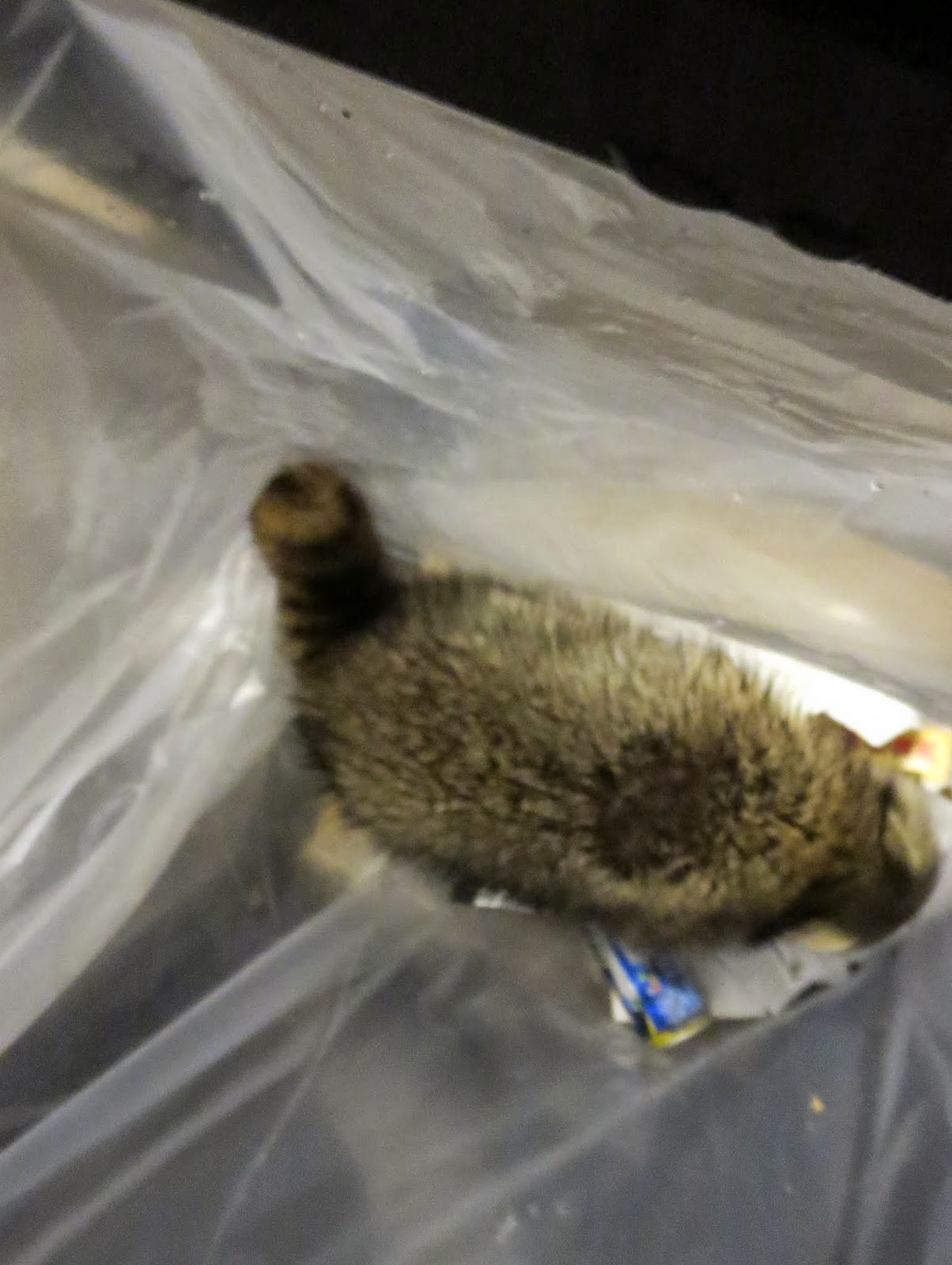 I've been known to bring readers the "inside story" on recycling, to show which recycling bin designs work, and which only make it more likely that people will mix trash and recyclables by throwing whatever wherever. The best evidence of how a recycling bin is performing is inside the bins themselves. Photos and commentary ended up occupying their own blog, http://recyclingcontainers.blogspot.com/, with samples from Princeton and around the world.

When it comes to the contents of trash cans, I leave the research to others, like this raccoon at the Dinky Station, who clearly agrees that the inside of a trash container tells a story, and an edible one at that. 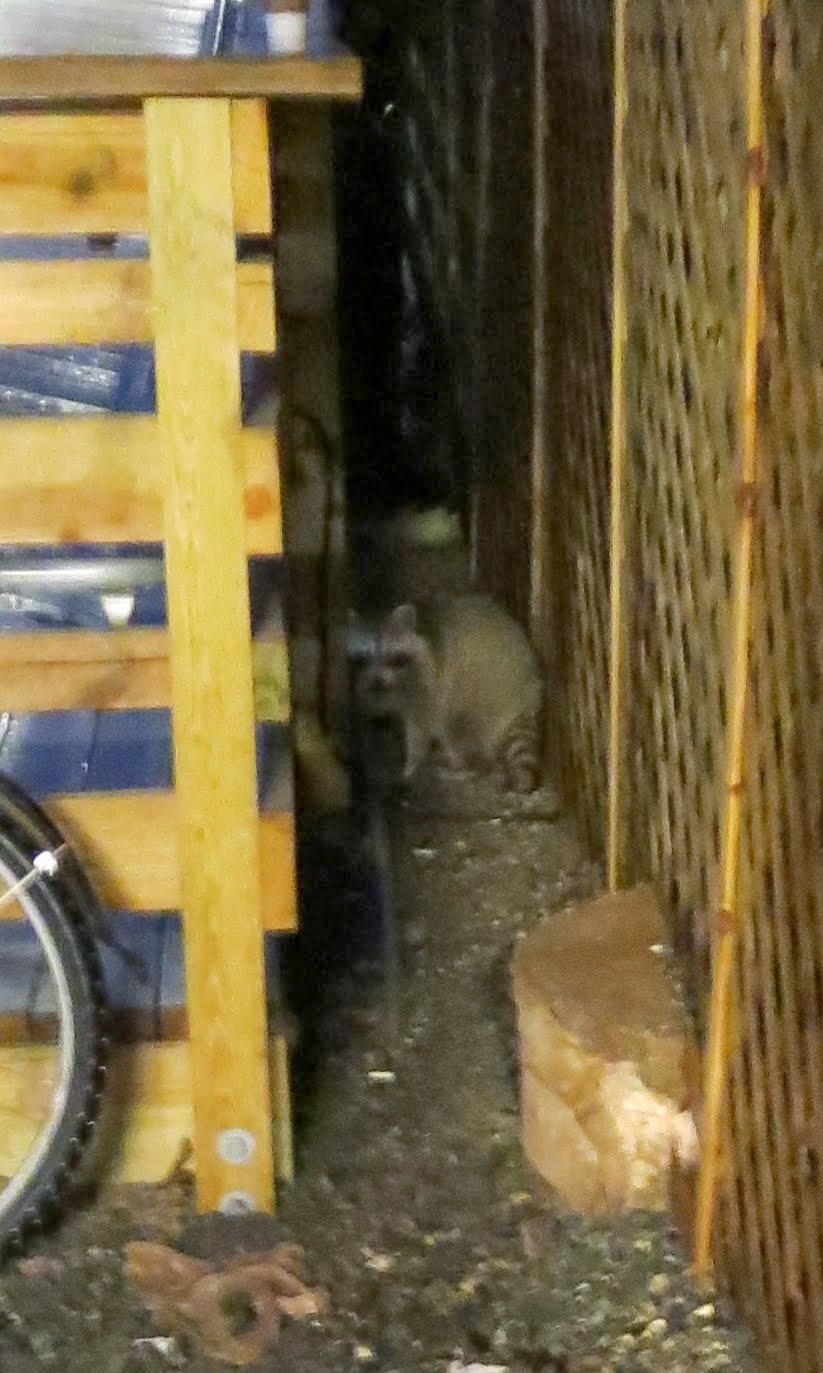 The raccoon's research may never get published, but in the meantime the raccoon's doing its part to reduce the amount of foodwaste headed to the landfill.