When a Coop Flew the Coop 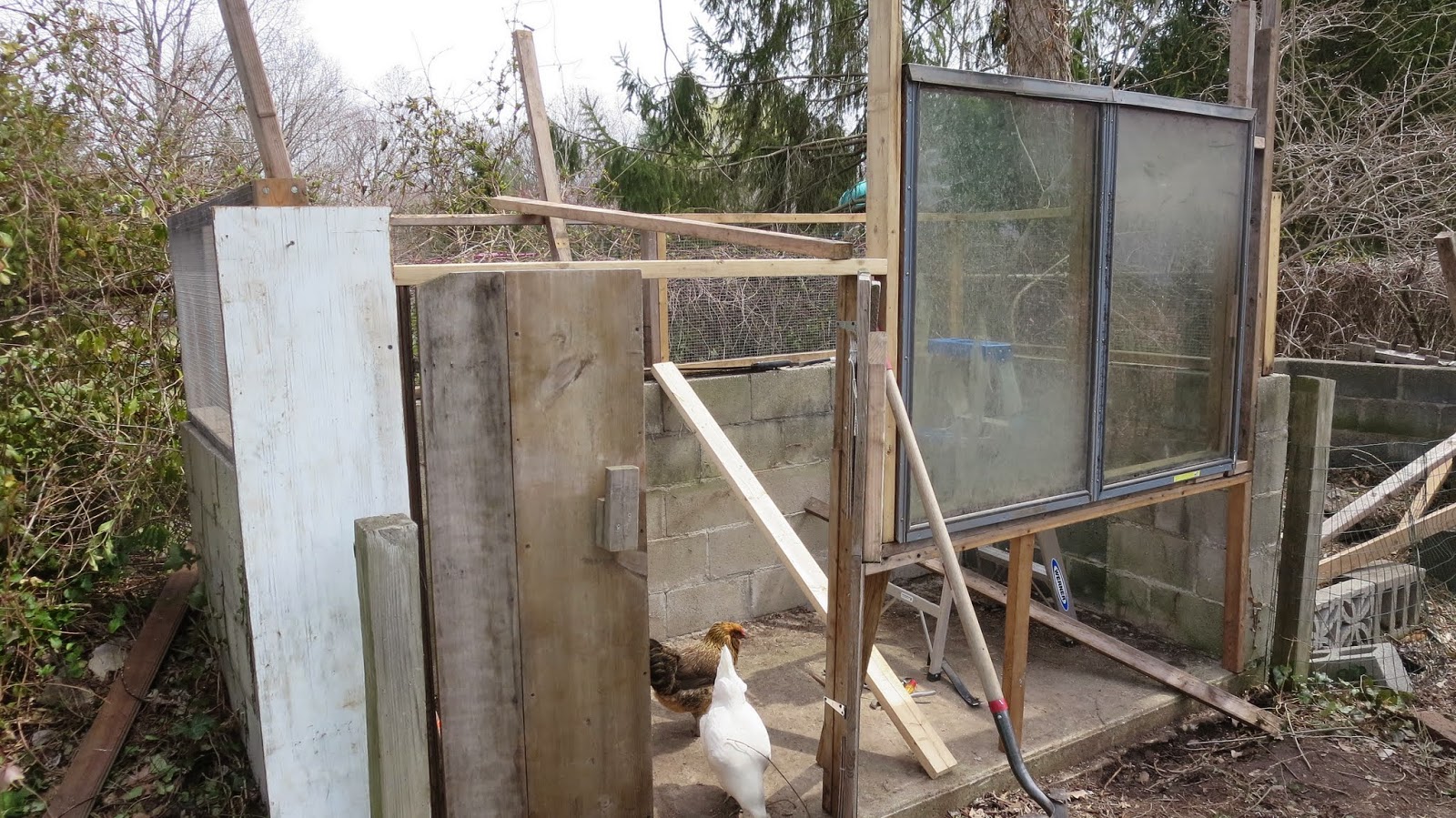 The time came last week to move the chicken coop to the back of the property so that we could start beautifying the patio next to the house. The move came after months of careful planning and procrastination. The project was a good opportunity to use some of that used lumber scavenged from the local curbside kmart over the years. The chickens came over to check on progress, and to look for any grubs my large mammal activity might have stirred up. 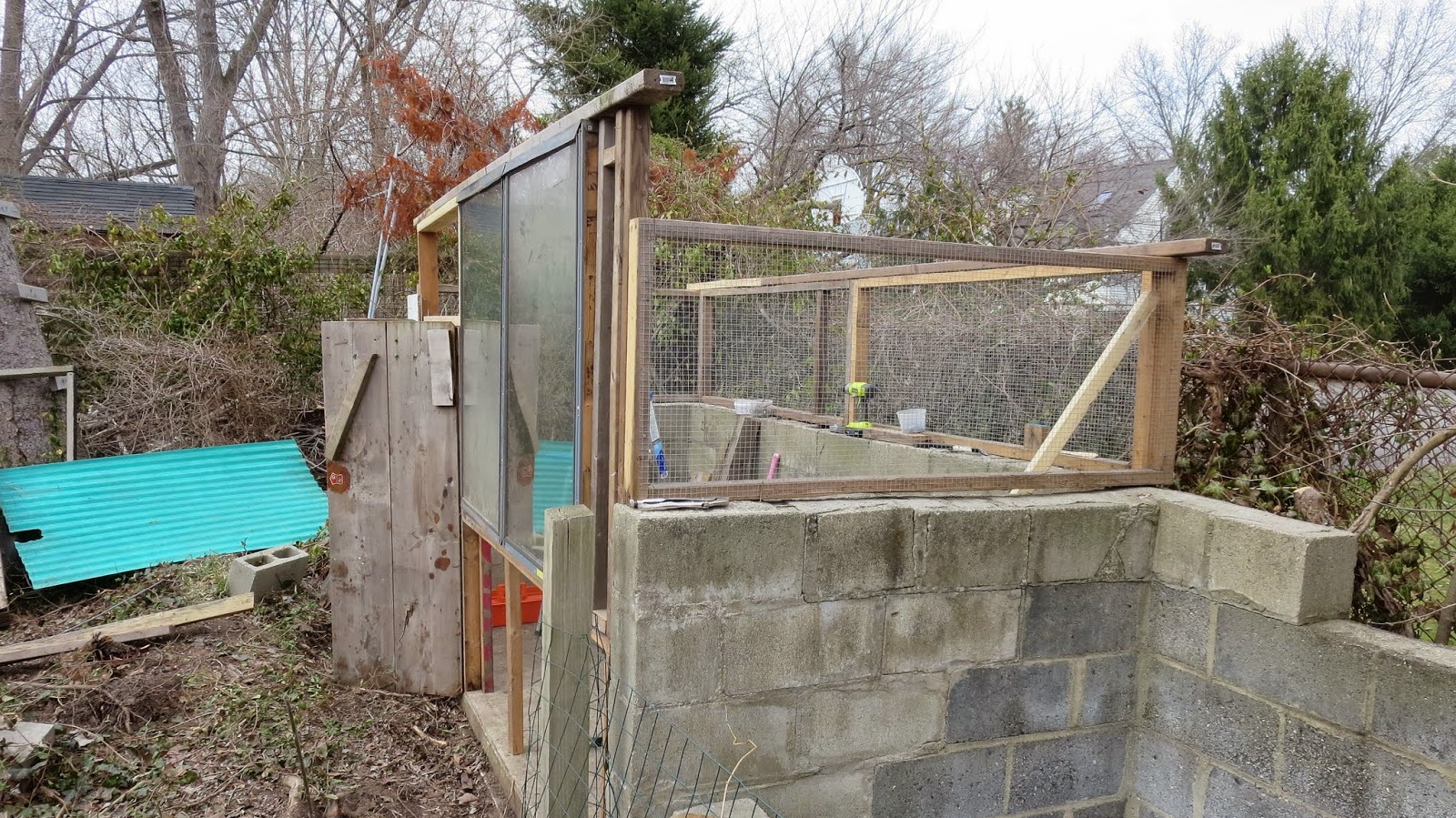 Fortunately, the former owners had fashioned a platform of concrete blocks, used 50 years ago for a rabbit hutch.  We are simply carrying on an agrarian and can-do/do-it-yourself tradition established by the original owners. With serendipity as my co-pilot, I found that the pieces of the old coop could easily be unscrewed from each other and fit very well in the new location. 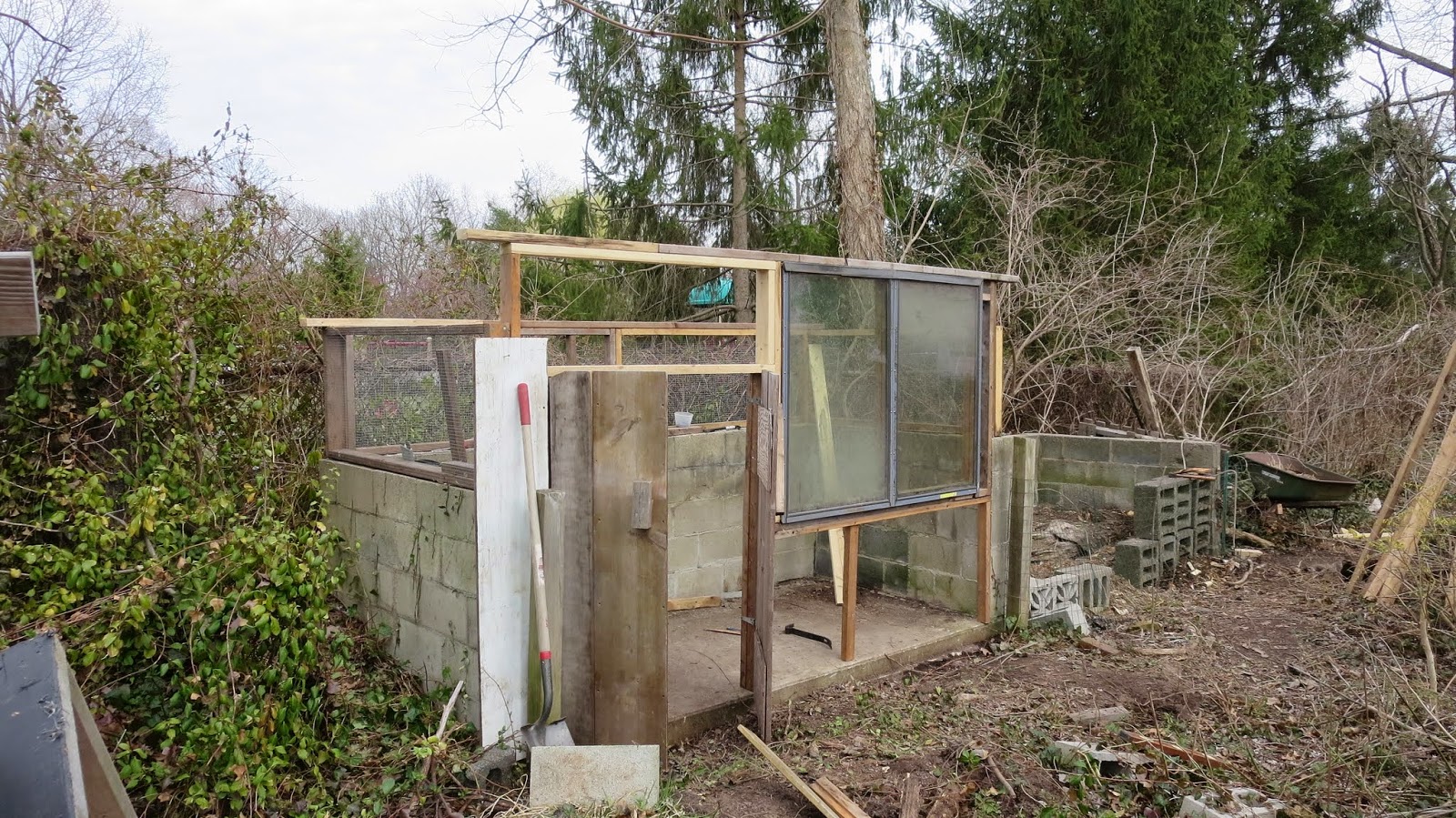 Even with serendipity, it took a couple days to make all the old coop parts fit together in a new configuration. It helped that the repurposed skylights didn't fall over and break, despite multiple close calls. Natural light is important in a coop, especially during winter when the chickens tend to stop laying if daylight isn't sufficient. 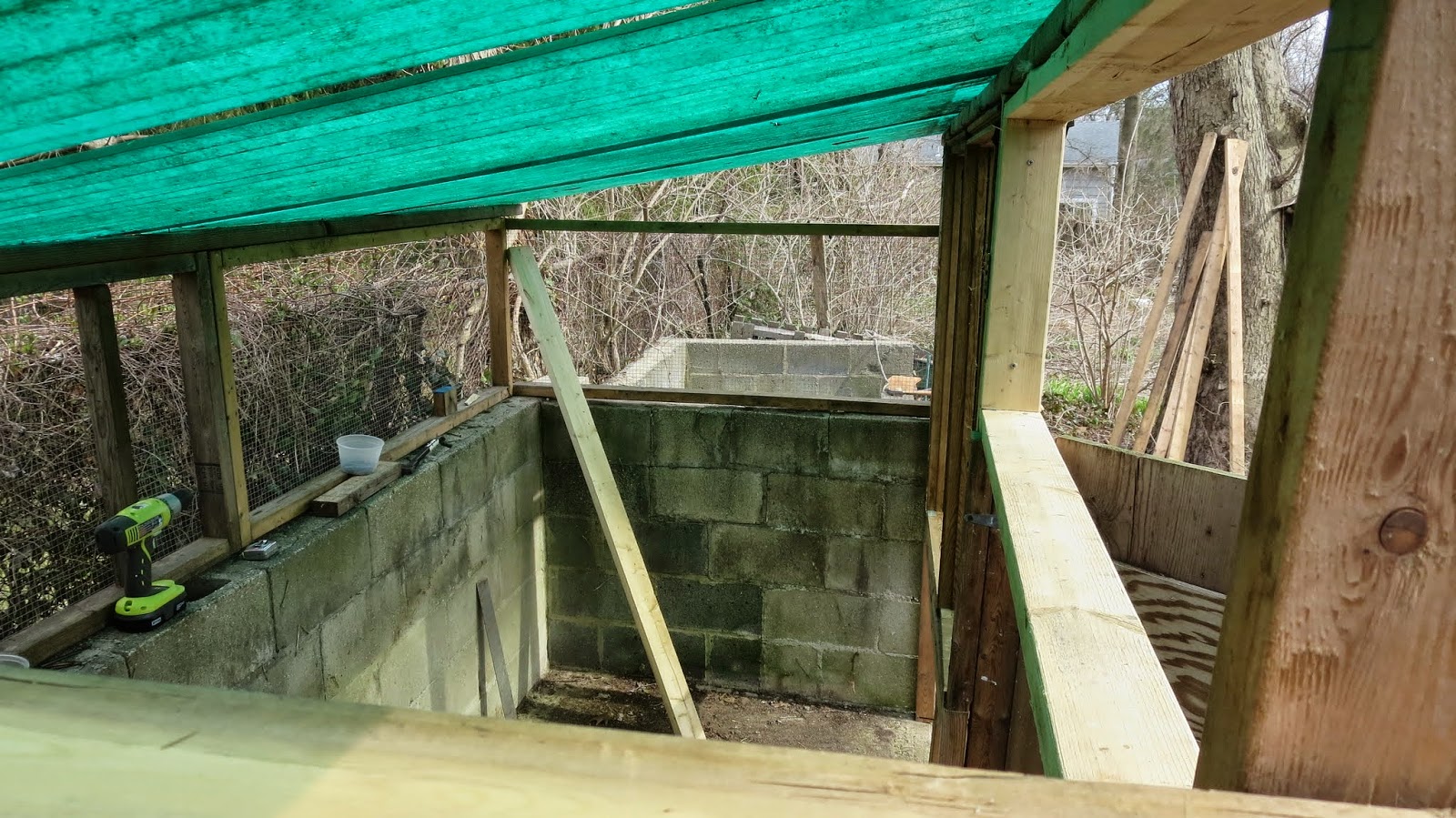 With most projects like this, there's a magical moment when the new space becomes real, when the end comes suddenly into sight, and all the hours spent feel worthwhile. Now all it needs is a few boards screwed over the openings, to keep any night predators out. With some interior decorating, what fowl could resist? 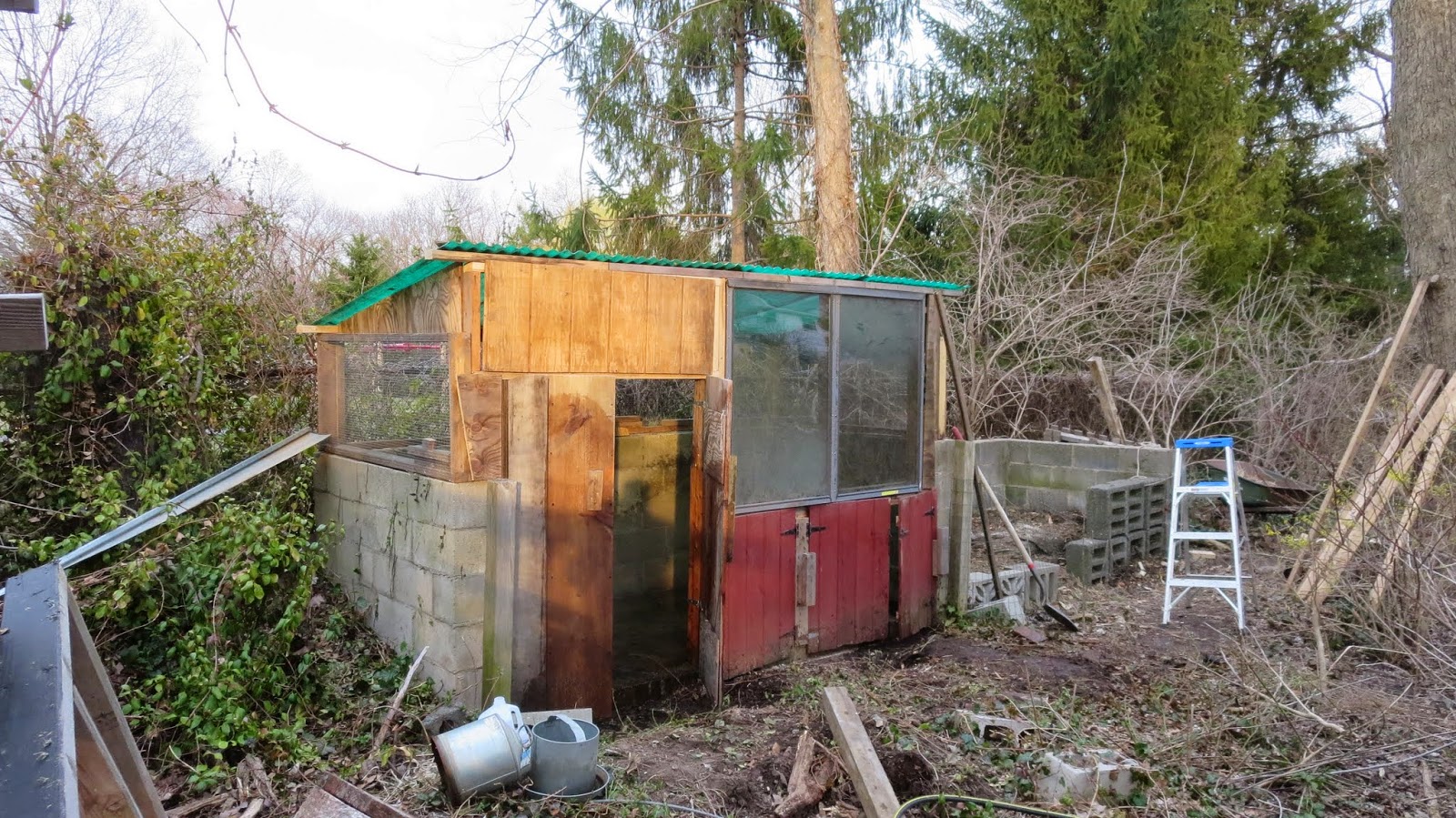 Well, the chickens and ducks were so habituated to the old coop that we had to carry them over to the new one each evening. After the third or fourth night, they finally bonded with the new coop and made the journey themselves. There's been a call for a coat of paint, though the weathered look has its charms. 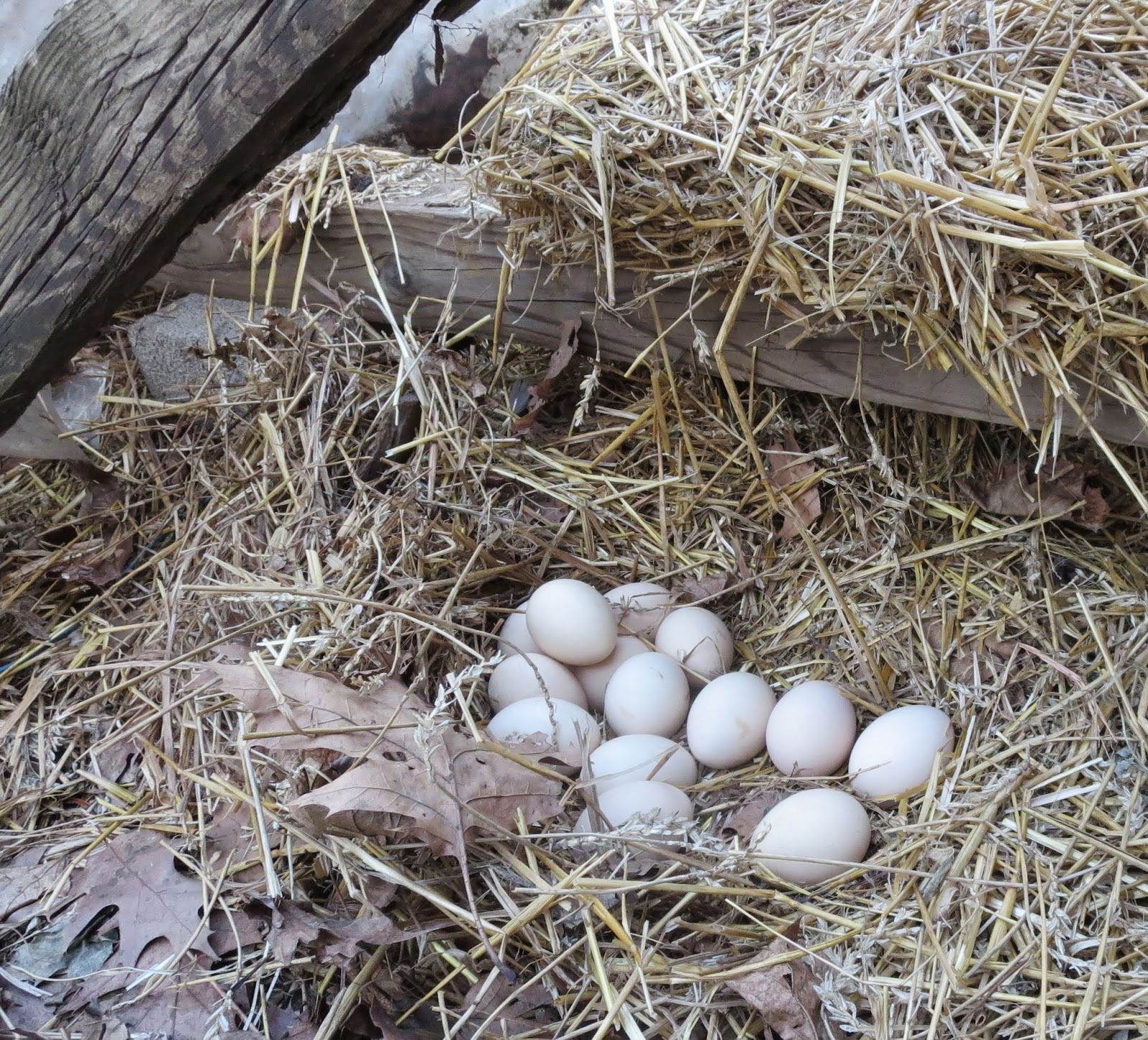 Now, if we could only convince Buttons to lay in the coop, rather than hiding her eggs behind the hay pile. Sometimes we think one or another fowl has stopped laying, only to find a surprise somewhere in the yard after several weeks.
Posted by Steve Hiltner at Wednesday, April 23, 2014